Lothians: About 2.5 miles south-east of Edinburgh Castle, on minor road north of A6095, south of Duddingston Loch, near the Braid Burn, Peffermill Road, at Peffermill House. 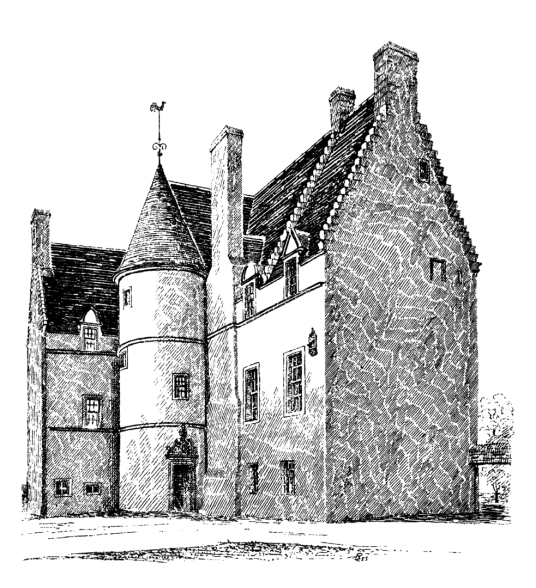 Peffermill House is an altered 17th-century tower house of three storeys and a garret, with a semi-circular stair-tower, crowned by a conical roof, in the re-entrant angle. The walls are harled, the roof is steeply pitched, and the building has corbiestepped gables. The building has dormer windows with carved triangular pediments, and sundials on the walls.
The entrance is at the foot of the stair-tower, and leads to the wide turnpike stair and the partly vaulted basement. The basement contains a kitchen with a large arched fireplace. The hall, on the first floor, has been subdivided, but has a large fireplace, and the house has been much altered inside, although it has beamed ceilings. 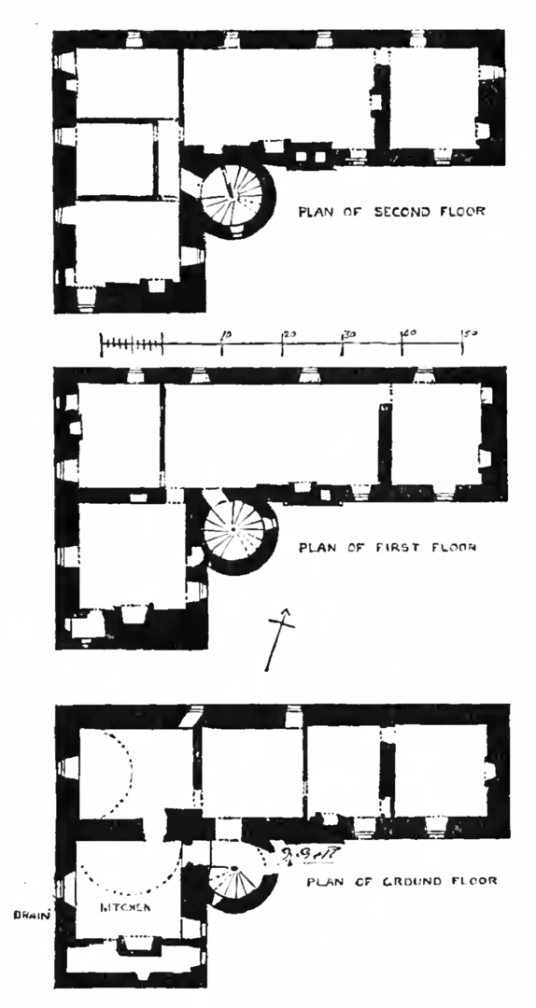 The property originally belonged to the Prestons of Craigmillar, but was sold to the Edgars, who built the house. Edward Edgar of Peffermill was one of those in a commission to try several people of the ‘abominable crime of witchcraft’ in 1661.
The property later passed to the Osbornes, then to the Alexanders by 1696 when Mr George Alexander of Peffermill is mentioned, then to the Gilmours, who held it until 1980.
Dr Johnson and Boswell are thought to have visited Peffermill. Sir Walter Scott is believed to have used the house in The Heart of Midlothian, calling it Dumbiedykes. 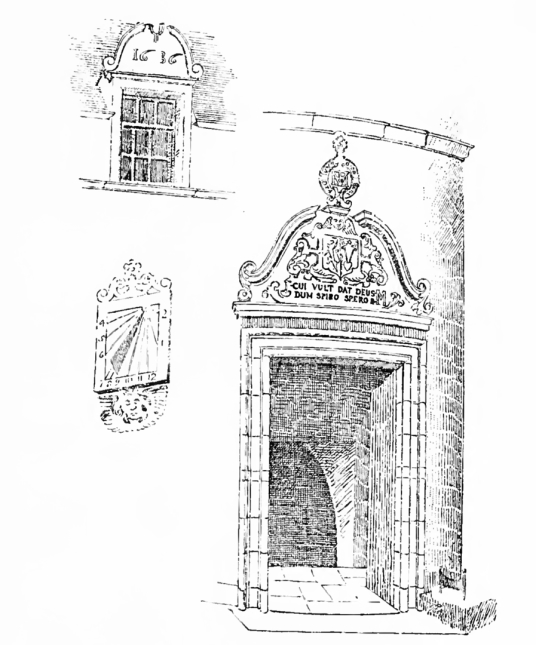 The house, which stands in 3.5 acres of gardens, is in good condition, and still occupied after being used for a firm of architects. The house was renovated and was put up for sale in 2012 for 1.25 million, then in 2016 for £1.1 million.
The house is reputedly connected to Craigmillar Castle by an underground passage, both properties were held by the Gilmours for hundreds of years.

One story is that it was in the policies of Peffermill House that Maggie Dickson, ‘Half-Hanggit’ Maggie, was found to be still alive after being hanged in 1724. She was from Fisherrow, although she had been working in an inn in Kelso after being deserted by her husband. Maggie had an illegitimate child, and was found guilty of concealing its death, either a miscarriage or possibly an abortion, and she was condemned to to death herself. She had left the body of the infant on the banks of the Tweed. At the time, because she had already been pronouced dead under Scots Law, she was not punished further. She lived for another 40 years, although she had to remarry her husband, as the marriage was ended on her 'death'. The law of execution was changed shortly afterwards so that this could not happen again.