Dumfriesshire: About 0.25 miles south of Sanquhar, on minor roads south of  A76, just east of River Nith at meeting with Euchan Water, at Sanquhar Castle.

OPEN: Open all year: ruins are in a poor state of repair and great care should be taken. 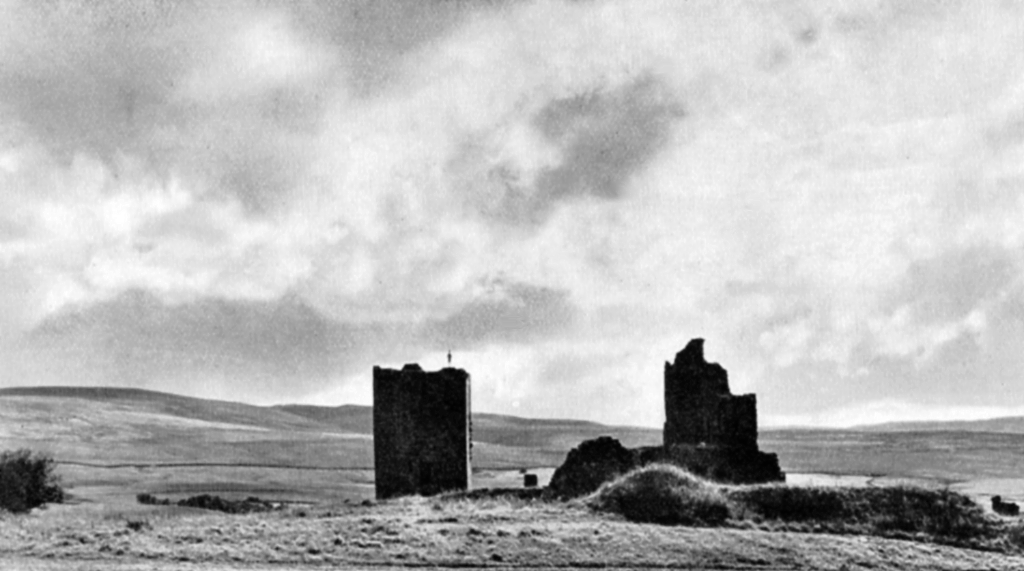 Sanquhar Castle is a ruined 13th-century castle with later work, consisting of an altered tower and ranges of buildings around a courtyard. A four-storey tower stands at one corner. A ruined hall block and later wing, with a gateway passage and a semi-circular tower, also survive. The rest of the castle is very ruined. 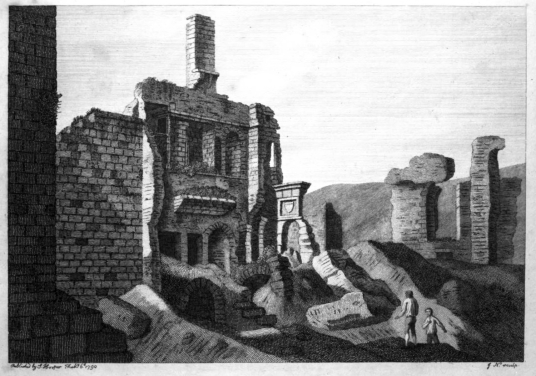 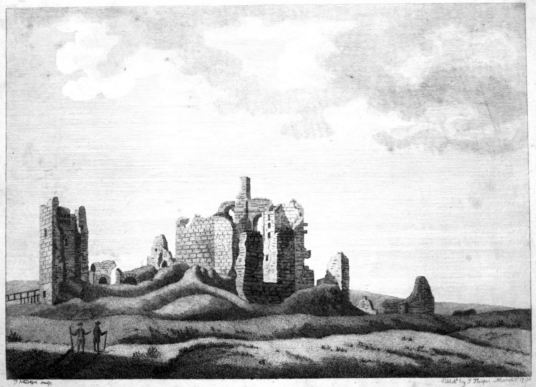 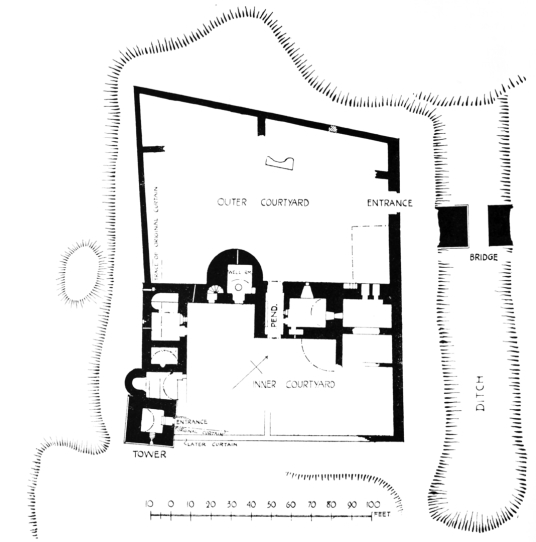 ‘Castel of Sanchare’ is marked on Pont’s map of Nithsdale, and is depicted as a large castle with towers in a courtyard. It is also marked on Blaeu.
The lands originally belonged to the Edgars, one of whom was Sheriff of Dumfries, then the Ross family, but passed by marriage to the Crichtons in the 14th century. Both William Wallace and Robert the Bruce are said to have visited. 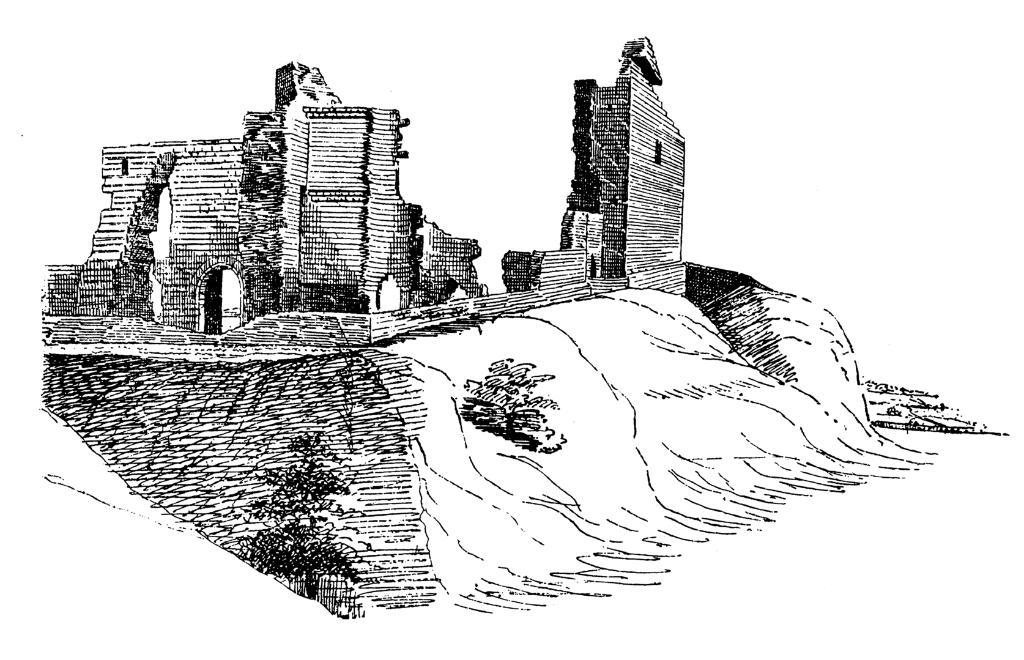 William Crichton of Sanquhar was stabbed to death by Robert Semple in 1550 in Edinburgh. Robert, 8th of Sanquhar, was executed for his part in the assassination of John Turner, and was hanged with a silken rope. Mary, Queen of Scots, apparently visited in 1568 after Langside, as did James VI in 1617. The Crichtons were made Earls of Dumfries (see Dumfries House) in 1633, but in 1639 sold the property to Sir William Douglas of Drumlanrig. 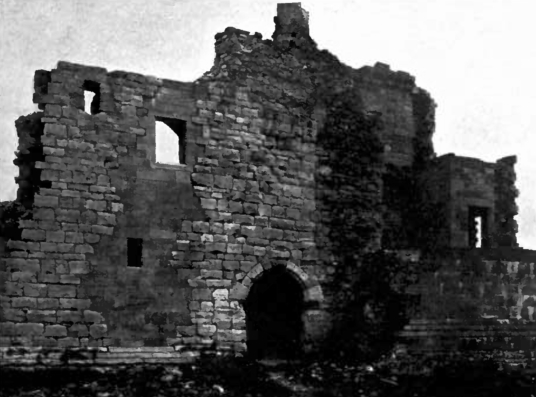 In 1669 William Douglas of Drumlanrig had a ratification for the lordship and barony of Sanquhar, with the castle, tower, fortalice and manor place and was made Duke of Queensberry in 1684 while High Lord Treasurer of Scotland. He had Drumlanrig Castle rebuilt, but only spent one night in his new mansion, decided he did not like it, and moved back to Sanquhar. 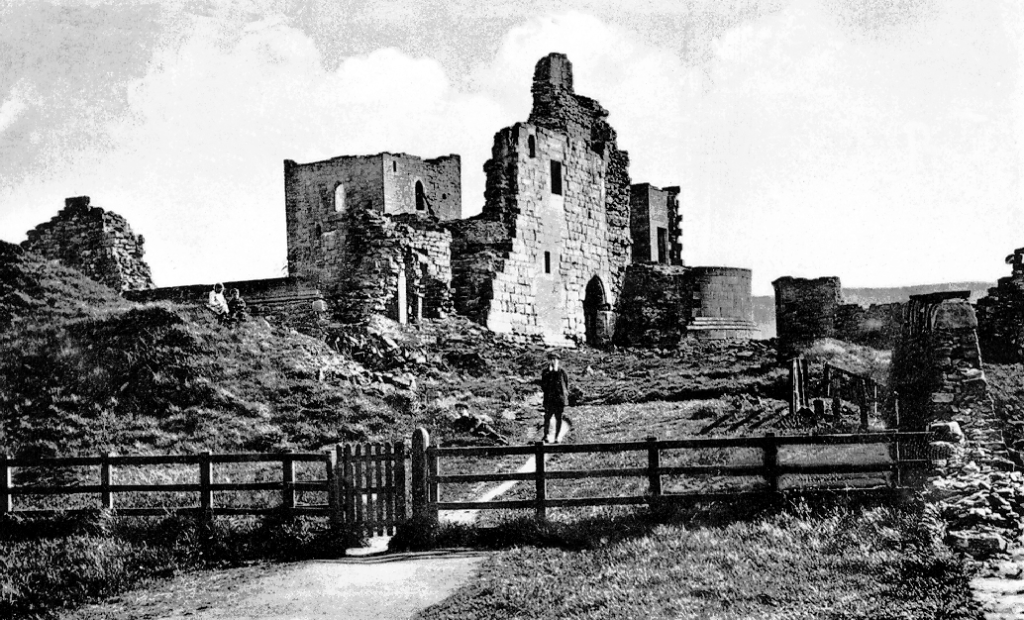 The family moved to Drumlanrig after his death, and Sanquhar was abandoned to become ruinous. The 3rd Marquess of Bute, John Crichton-Stuart, began rebuilding Sanquhar in 1896, but this was abandoned on his death in 1900. 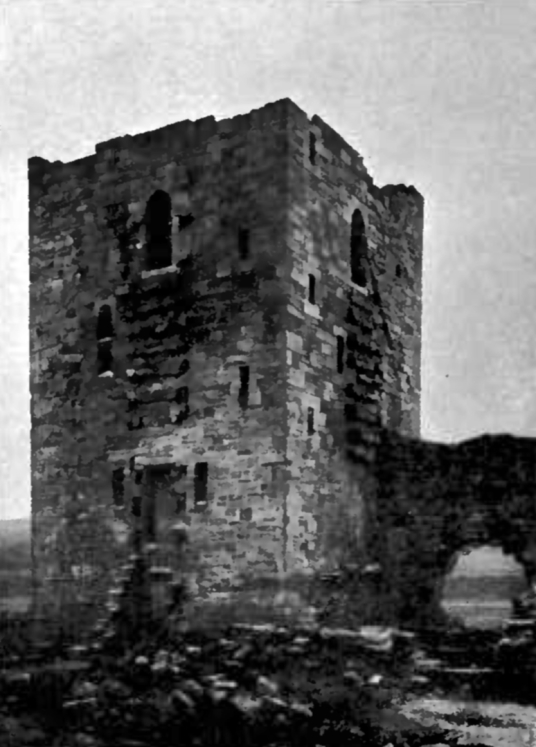 Two ghosts reputedly haunt the castle. The ‘White Lady’ is said to be the spirit of a young golden-haired woman, Marion of Dalpeddar, who is said to have disappeared in 1590. A skeleton of a girl was reportedly found during excavations in 1875-6. This is obviously linked to the ghost story at Dalpeddar [NS 820072].
Another ghost is said to be that of John Wilson, who was wrongly hanged by the Crichtons, and manifests itself with groans and the rattling of chains.