Fife: About 1.5 miles east of Inverkeithing, on minor roads south of A921, west of Dalgety Bay, east of the shore at Donibristle Bay, at Donibristle. 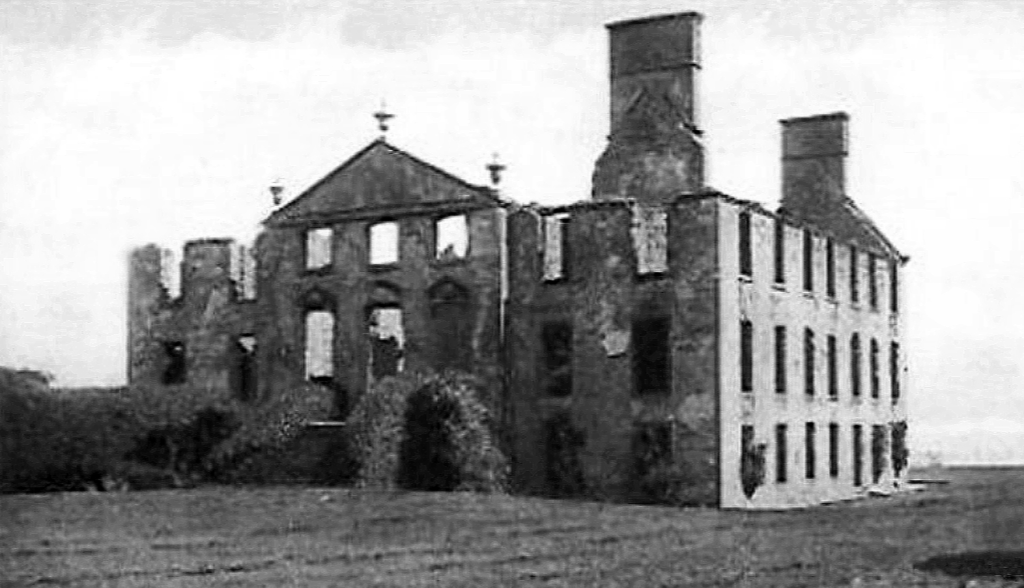 Site of castle, which was replaced by a mansion, this now mostly demolished except for two three-storey service wings of 1710 and the stables. ‘Donabirsle’ is marked on Blaeu’s map of Fife.
The lands were a property of the Abbey of Inchcolm, but passed to the Stewarts of Doune, later Earls of Moray by marriage. It was at the shore here in 1592 that James Stewart, the ‘Bonnie’ Earl of Moray, was murdered by men sent by George Gordon, 6th Earl of Huntly, as recounted in the old ballad, and the castle was torched. Huntly had been given a commission to capture Moray as Moray was suspected of being involved in a plot against James VI (or the Bonnie Earl was showing undue interest in Anne of Denmark, James VI’s queen). The Gordons besieged Donibristle and set it alight, and Moray escaped to the beach where he was cornered. 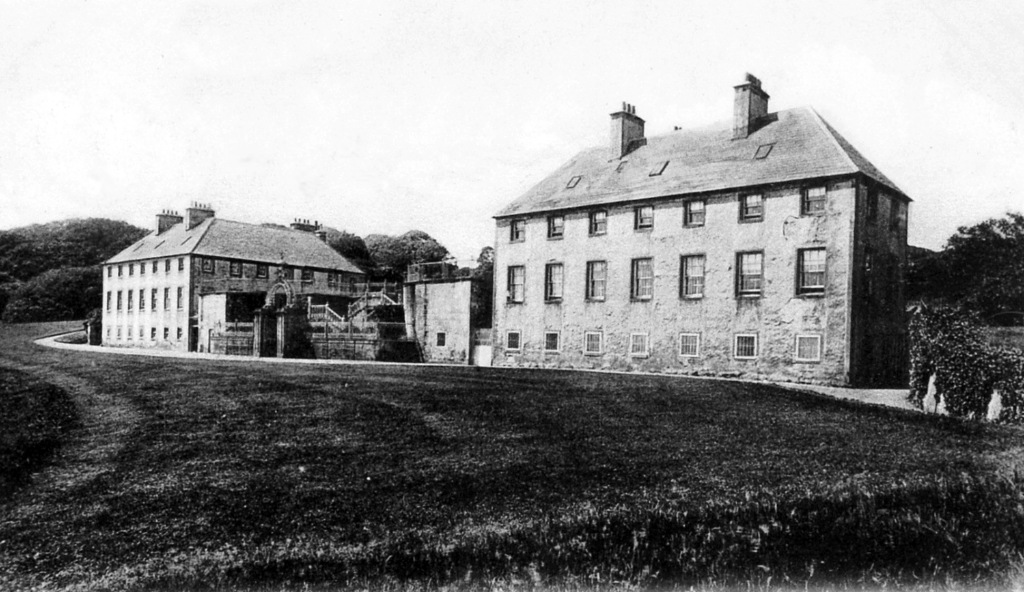 Moray reportedly said, as he was dying after William Gordon of Gight had slashed him across the face with his sword: ‘You have spoilt a better face than your own.’ Moray’s mother had a painting made of Moray’s hewn body, which is now kept at Darnaway Castle, which is still owned by the Earls of Moray. The Earls also held Castle Stuart.
Donibristle was rebuilt about 1700, then accidentally burnt down again in 1858, when valuable portraits were lost. Only two service wings survive, which have been converted into flats, the derelict stables, and a mortuary chapel of the Earls of Moray from 1731.
There was a military base at Donibristle and the beach is contaminated with radioactive particles, thought to be from radium paint from the aircraft broken up here. The lands were sold in the 1960s, and developers built the new town of Dalgety Bay, for our sins.
Some tales have an apparition of the Bonnie Earl of Moray being seen on the beach, its hair blazing, near where he was slain.