Banff & Buchan: To north of Fraserburgh, on minor roads north of A98, north of harbour just south of the sea, Castle Terrace, at Kinnaird Head. 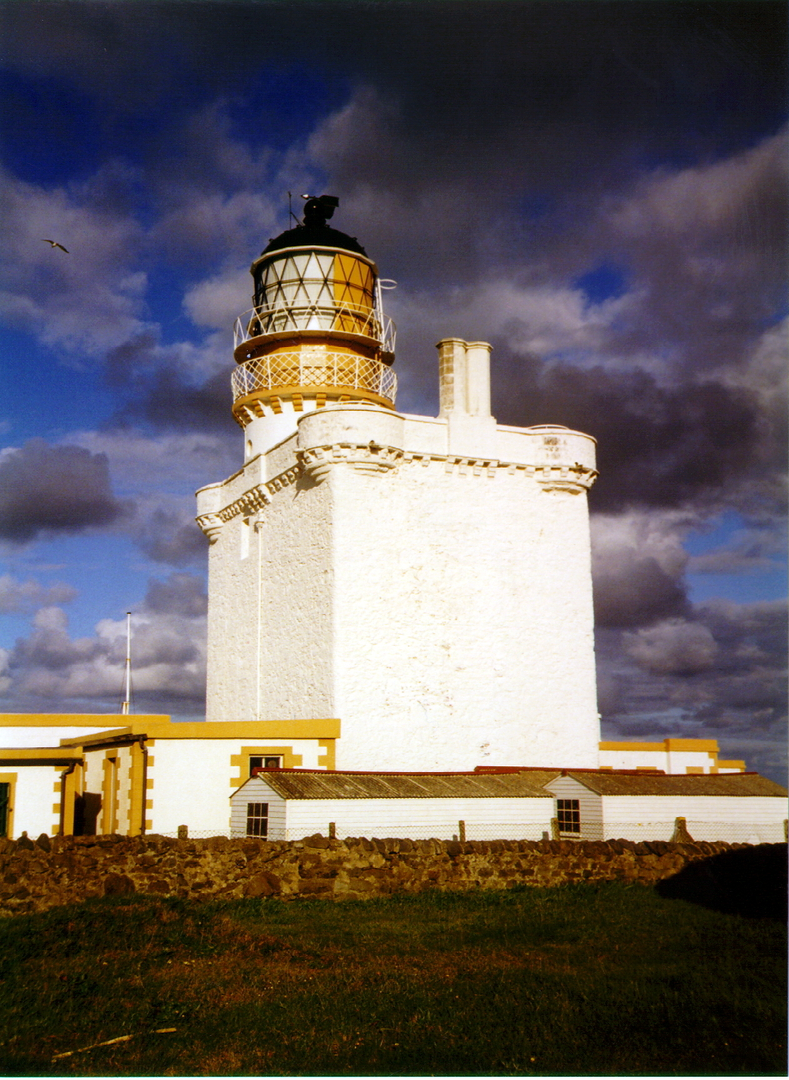 In an open location by the sea, Kinnaird Head Castle consists of an altered massive 15th-century tower, rectangular in plan, of four storeys and formerly with a garret. The parapet, with open rounds at the corners, has a machicolated projection in the centre of each parapet. The walls are harled and whitewashed.
The entrance was at first-floor level, and a turnpike stair has been removed. The basement is vaulted, and the hall was on the first floor. 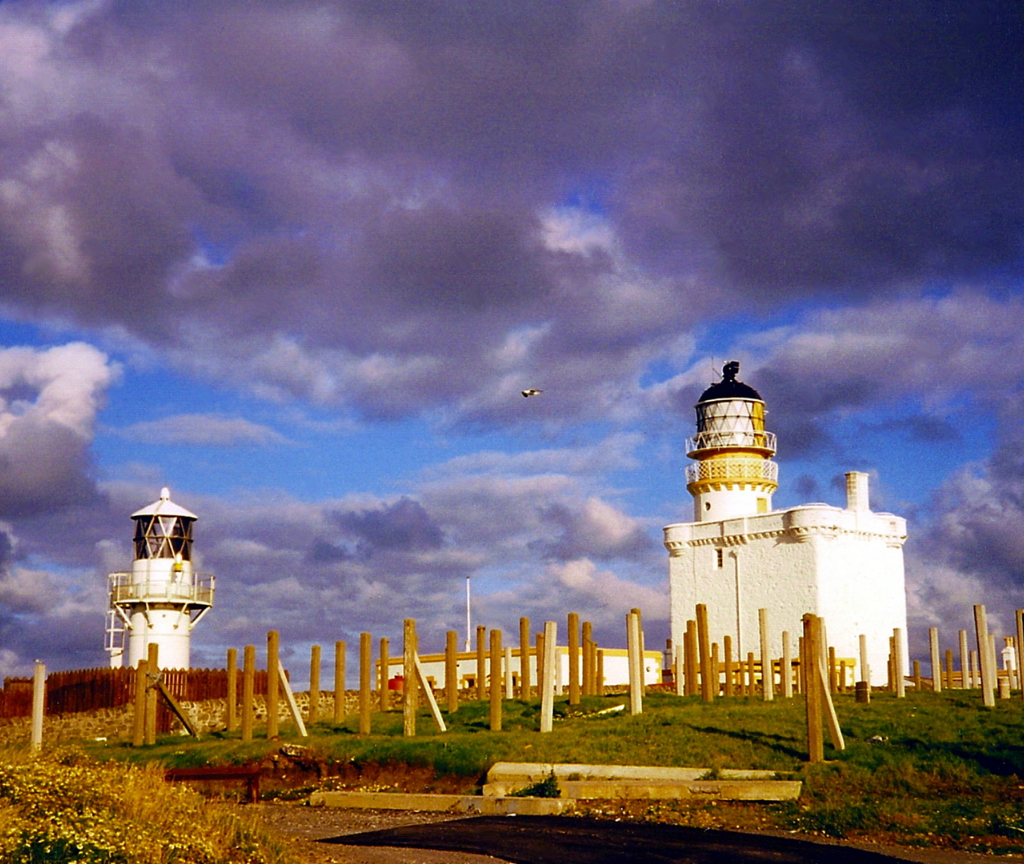 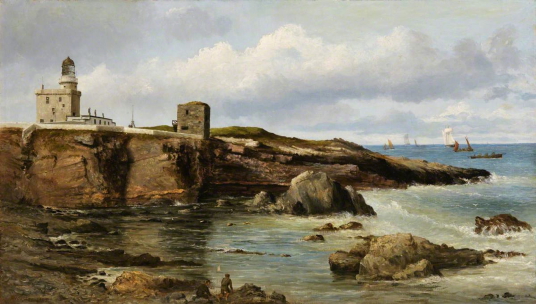 The Wine Tower, standing about 50 yards away, is a lower tower, now of three storeys, all of them vaulted. It is said to have been so called as it was used as a wine cellar for the main castle, and probably its predecessor. The unlit first floor is only entered by a trapdoor from the second floor, which is itself only reached from an outside ladder. The basement has no stair to the floors above. The upper vault has three finely carved heraldic pendants, with the Fraser arms and those of James V. The upper chamber may have been used as a chapel.
The place is marked as ‘Kymards head’ on Pont’s map of Buchan and is shown as a tall tower. 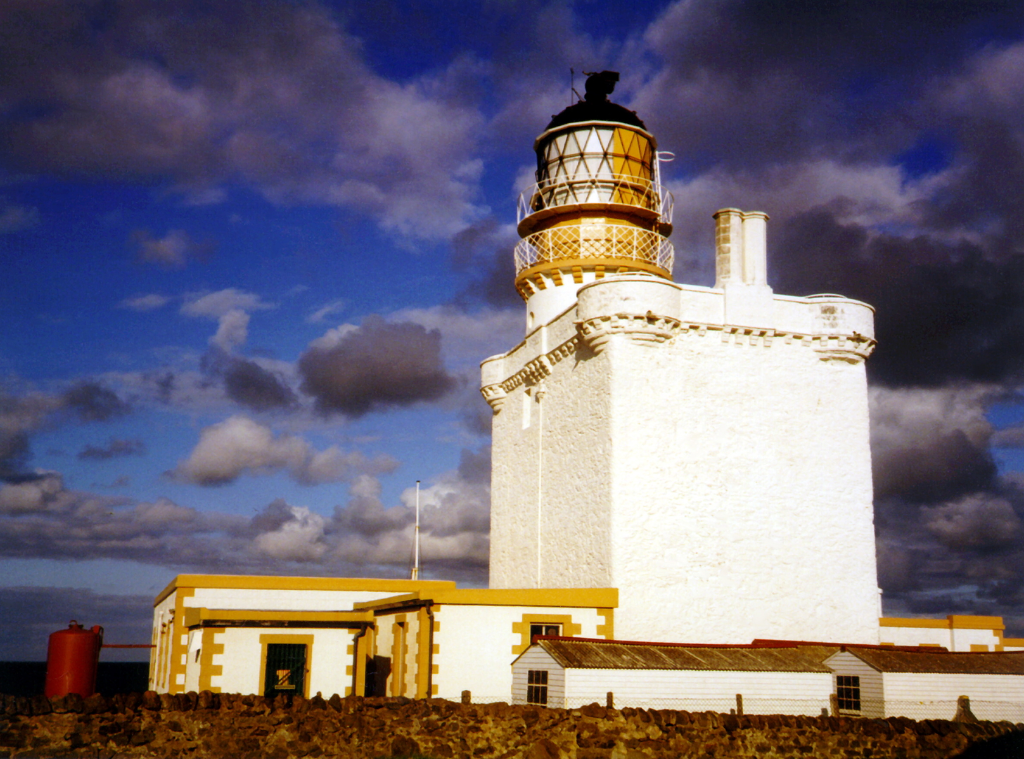 This was a property of the Frasers of Philorth. Sir Alexander Fraser built the harbour at Fraserburgh – the town was originally called Faithlie – and came near to bankrupting himself, and had to sell much of his property in 1611. A lighthouse was built into the top of the castle in 1787, and the outbuildings were built around it in 1820 by Robert Stevenson, grandfather of Robert Louis Stevenson. It now forms part of a the Museum of Scottish Lighthouses.
Sir Alexander Fraser is said to have had his daughter’s lover, of whom he disapproved, chained in the sea cave below the Wine Tower, where the poor man drowned. His daughter, Isobel, threw herself to her death on finding that her lover had been killed. An apparition is said to been seen by the Wine Tower whenever there is a storm.