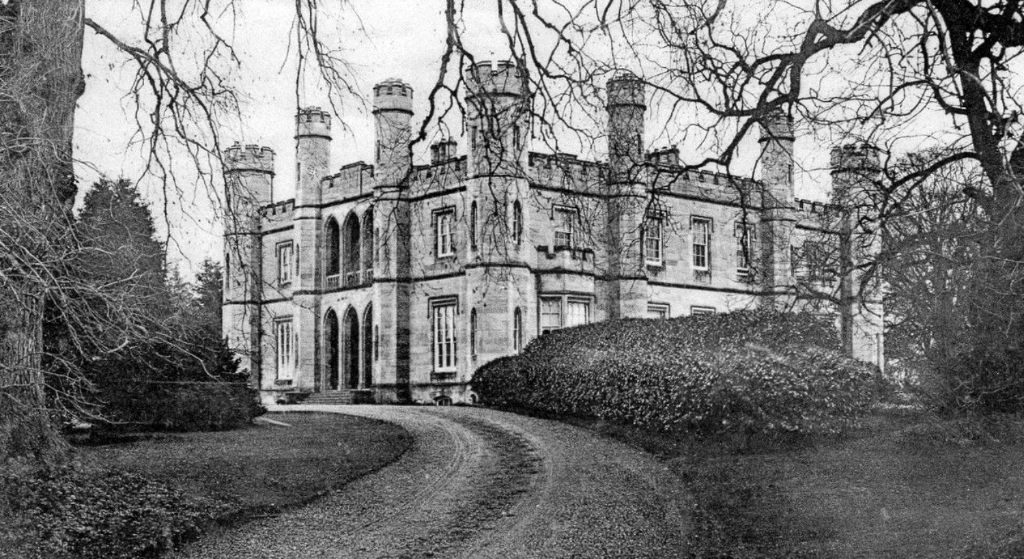 Site of castle or old house. The present castellated Gothic-style mansion by the architect Archibald Elliot replaced an earlier house by William Adam, and dates from the beginning of the 19th century. The house was damaged by a serious fire in 1972, but has since been restored.
‘Newbaith’ is marked on Adair’s map of East Lothian and is depicted in enclosed and wooded policies.
There is an old lectern-style doocot [NT 588799].
The lands were a property of the Bairds, a branch of the Auchmeddan line, from the beginning of the 17th century. John Baird, who died in 1698, was created a Lord of Session as Lord Newbyth, and General Sir David Baird was a distinguished soldier, fighting both in India and during the Napoleonic Wars, and lost an arm at the Battle of Corunna in 1809. Baird commissioned the present mansion and died in 1829. The family also owned Whitekirk.
The house has been divided into apartments.