South Highland: About 6.5 miles north of Uig on west side of island of Skye, on a promontory above the shore, at Duntulm.

OPEN: View from exterior – care must be taken as dangerously ruined. 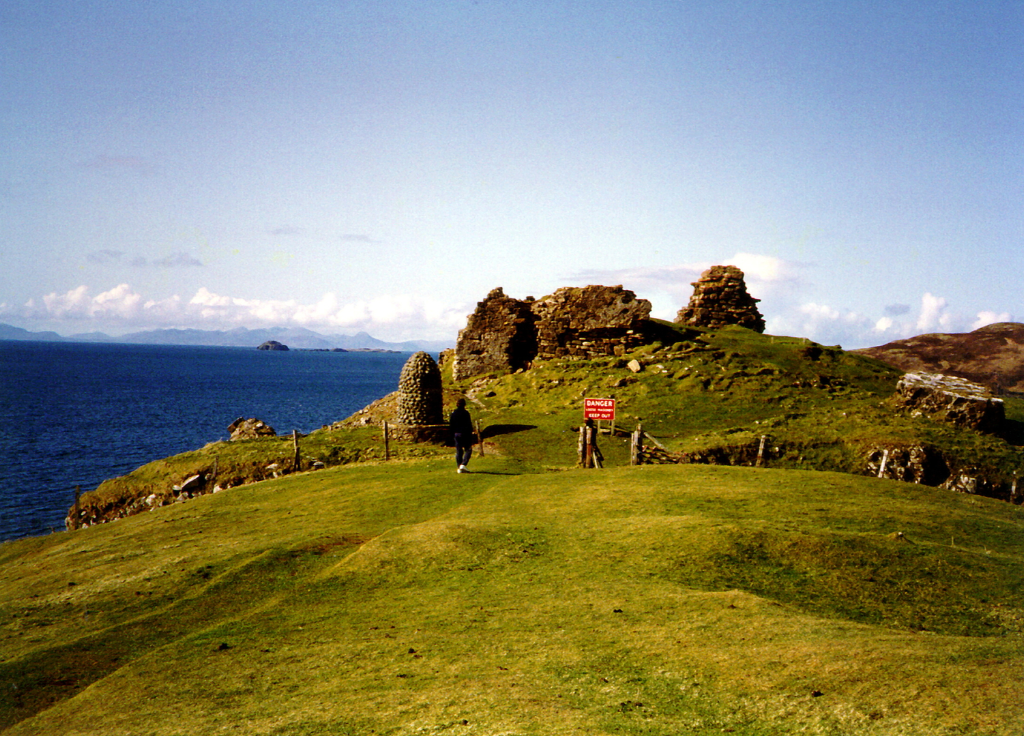 On a strong site once cut off on the landward side by a ditch and protected on the other sides by cliffs and steep slopes, Duntulm Castle consists of a very ruined 15th-century tower, with the remains of 17th-century ranges, around a courtyard. The vaulted basement of the tower remains. It was once a strong and comfortable fortress and residence. 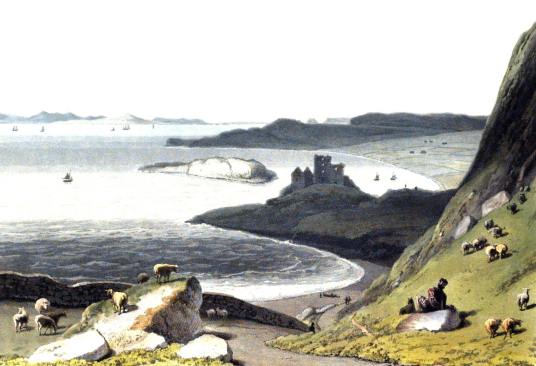 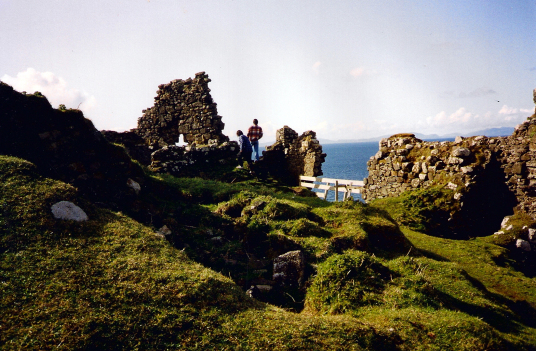 ‘Dun tullym’ is marked on Blaeu’s map of Skye, along with ‘Dun ringil’, although Dun Ringill is separate place in the south of Skye. 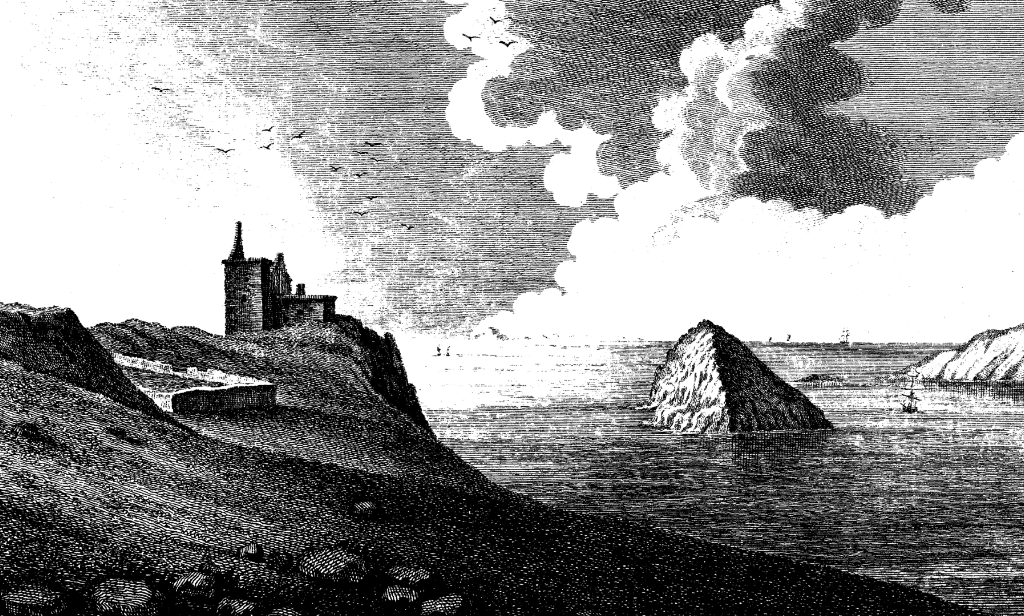 Duntulm was originally an Iron Age broch or dun, later used by the Norsemen because of its strong position. Little of an early castle of the MacLeods remains, most of the existing ruin dating from when Trotternish was held by the MacDonalds of Sleat in the 17th century after they had moved from Dun Sciath to the south of the island. James V had visited the castle in 1540. 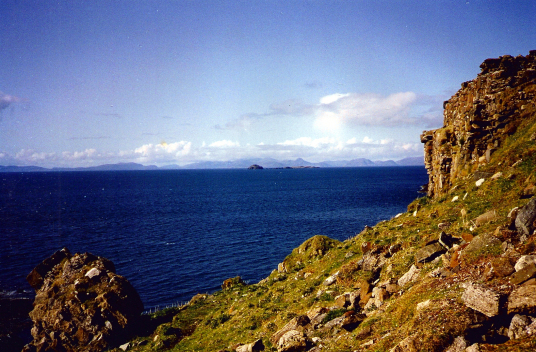 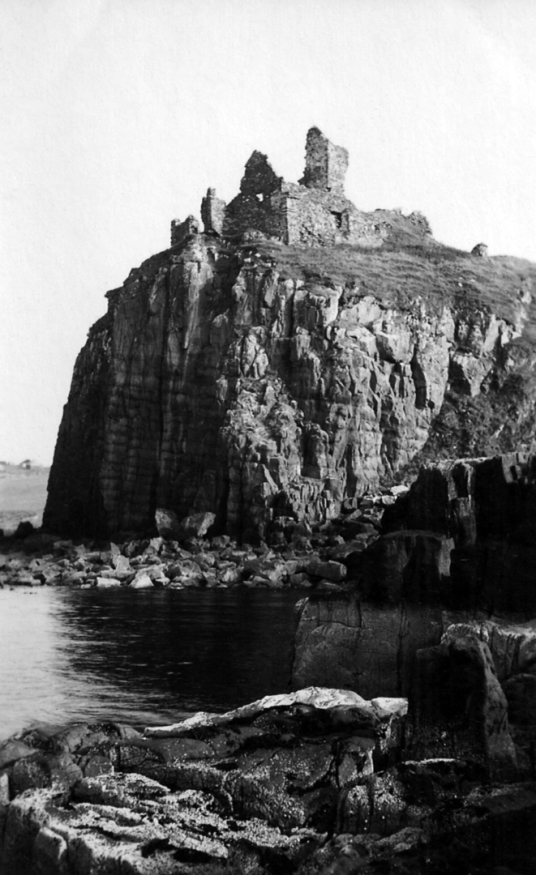 The MacDonalds of Sleat were made baronets of Nova Scotia in 1625, and Sir James, 2nd baronet, supported the Marquis of Montrose and led men into England in 1651, while Sir Donald, 4th baronet, fought for the Jacobites at the Battle of Killiecrankie in 1689, and also joined the rising of 1715. 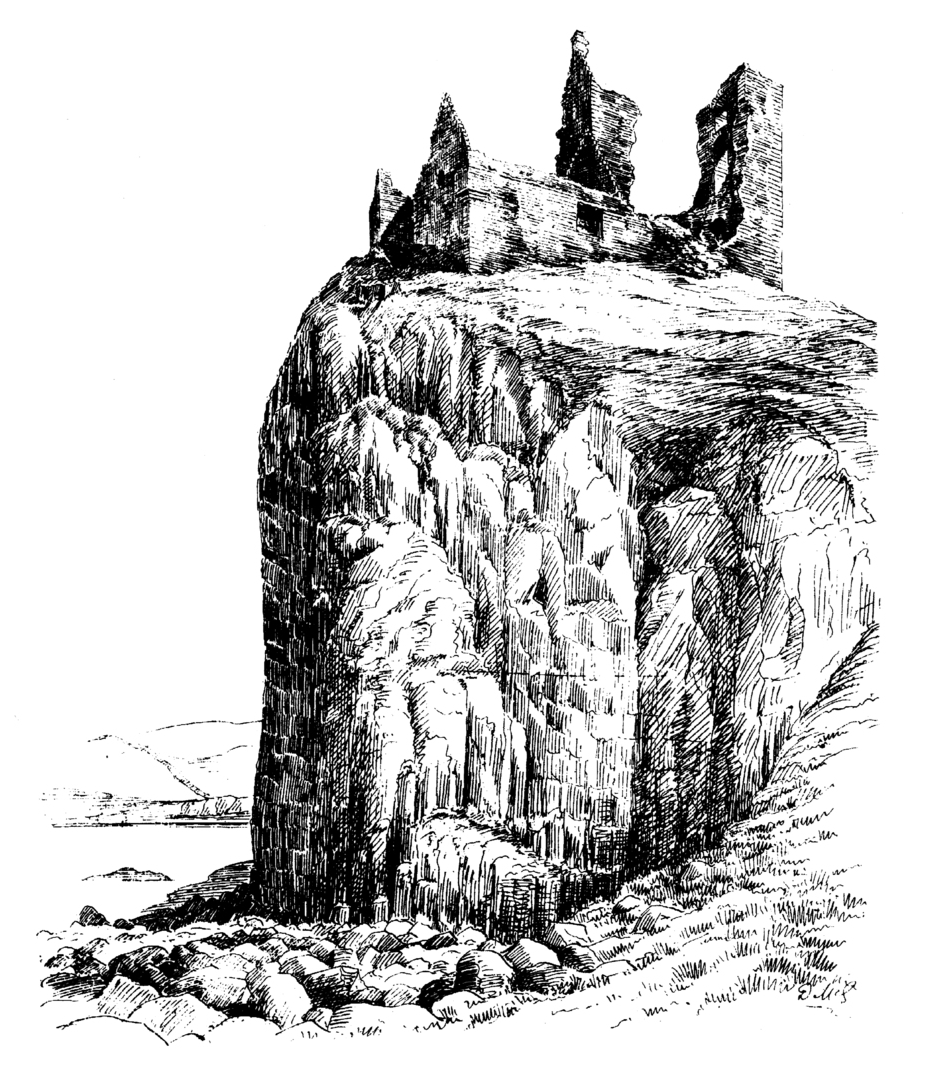 Earlier, Hugh MacDonald was imprisoned and starved to death in a dungeon here after he had tried to seize the lands of Trotternish by murdering his kin, having been seized after fleeing to Dun an Sticer on North Uist. He was given only salted beef and no water, and died raving: his ghostly groans are said to have been heard. The castle was abandoned around 1730 when the MacDonalds moved to Monkstadt House, then Armadale Castle in Sleat. The last tall upstand of masonry fell in a storm in the 1980s, and the ruins have been further reduced in 1990 and in the last few years. 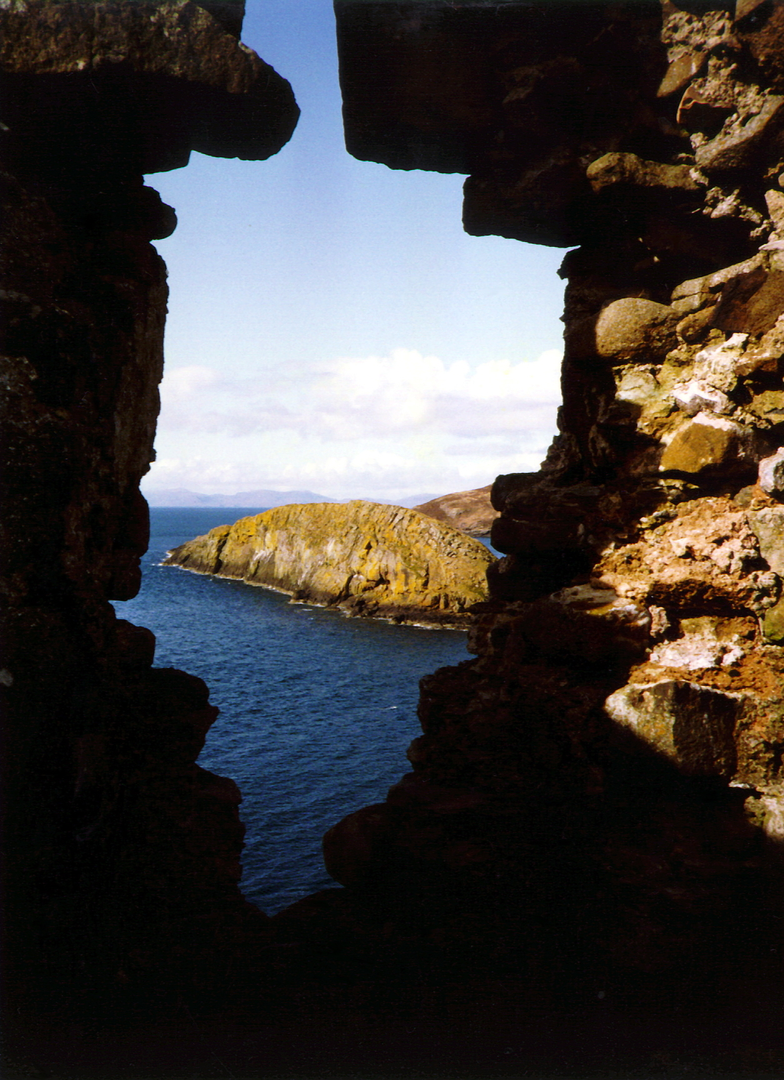 The castle has many other ghost stories.
The ghost of the 8th chief, Donald Gorm, brawling and drinking with spectral companions, has also been recorded in many tales. Another alleged apparition was that of Margaret, a sister of MacLeod of Dunvegan, who was married to one of the MacDonalds. She had lost an eye in an accident, but her husband threw her out, sending her back to Dunvegan on a one-eyed horse with a one-eyed servant and one-eyed dog. Her weeping ghost is said to haunt the castle.
A nursemaid also reputedly dropped a baby out of one of the windows, onto the rocks below. Her terrified screams are said to be heard sometimes as the poor woman was murdered in reprisal. 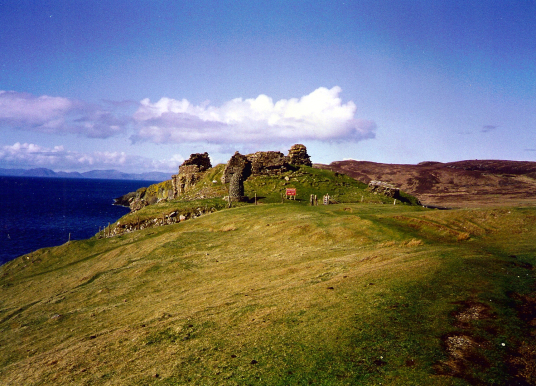 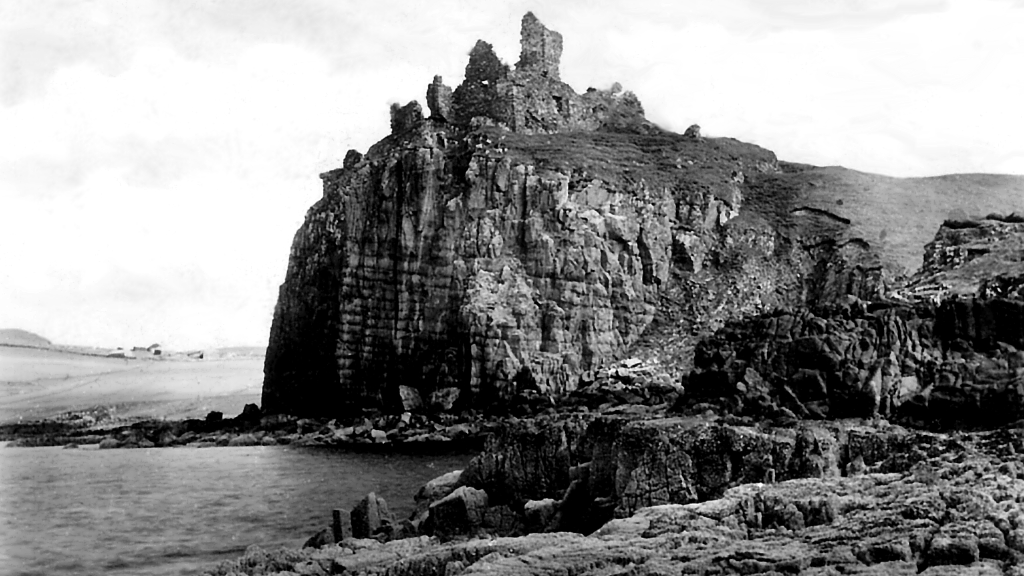 The MacDonalds moved to Monkstadt [NG 380675], because of the ghosts – reputedly – although Monkstadt looks a lot more sheltered and comfortable than Duntulm. Monkstad House was ruinous for a long time, but it has been restored and renovated as a private residence.