Angus & Dundee: To south of Broughty Ferry, on minor roads south of A930, just north of shore of Firth of Tay, east of harbour, at Broughty Castle. 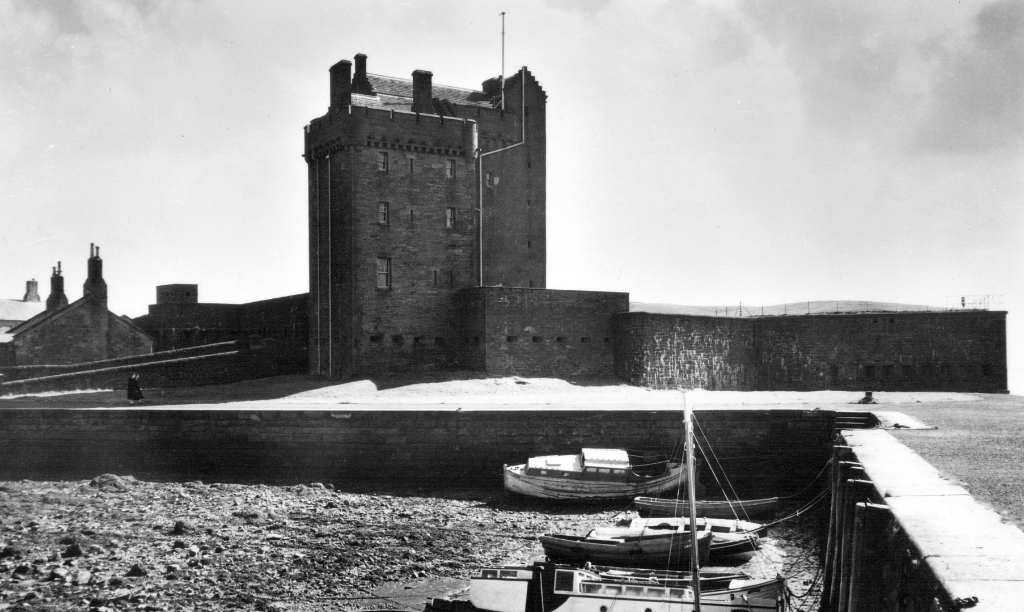 Overlooking the mouth of the Tay and an imposing edifice, Broughty Castle consists of a tall 15th-century tower of five storeys and a garret within a later machicolated parapet. It has been much altered, and was given low artillery emplacements in the 19th century, the wing dating from this time.
A stair climbs in the thickness of the walls in one corner, and is crowned by a gabled caphouse. 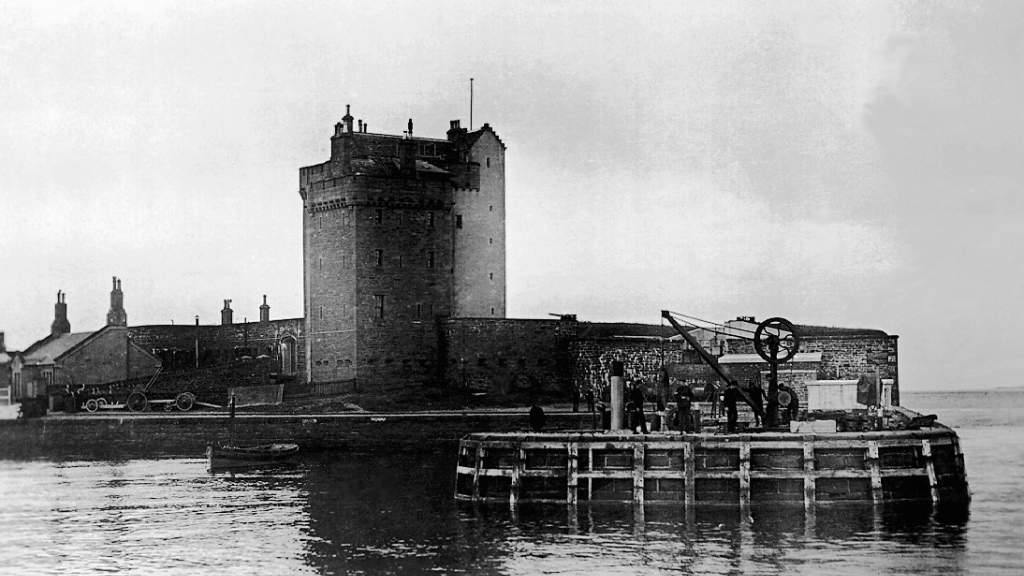 ‘Brugh-Tay’ is marked on Pont‘s map of Perthshire and Angus, and is depicted as a tower of four storeys with battlements and lower wings or towers.
The Grays built the original castle in the 1490s. During the English invasion of Scotland in 1547-50, Patrick, 4th Lord Gray, a treacherous fellow, delivered up Broughty Castle to the English. From here, and the fort on Balgillo Hill, they harried Dundee. The castle was stormed by the Scots with French help in 1550, and was partly demolished. It was complete enough, however, to be held for Mary, Queen of Scots, by the Hamilton Duke of Chatelherault, until 1571. William Gray had a ratification of 1641, which mentions the Crag of Broughty, with castle, fortalice, etc. The castle was taken by General Monck for Cromwell in 1651, and Alexander Leslie, Earl of Leven, was imprisoned here.
David Fotheringham of Powrie and his son had a ratification of 1669 which lists the lands of Broughty castle, tower, fortalice etc. The castle, fortalice etc are again mentioned in judicial proceedings of Lord Gray in 1703.
By 1821, the castle was a roofless ruin, but was eventually bought by the War Office in 1851, radically enlarged and altered internally, and given gun emplacements. The castle is now a museum of whaling and fishery, arms and armour, a branch of Dundee museums since 1969. There are fine views of the Tay.