Ayrshire: About 2 miles south-west of Maybole, just south of A77, at Crossraguel Abbey. 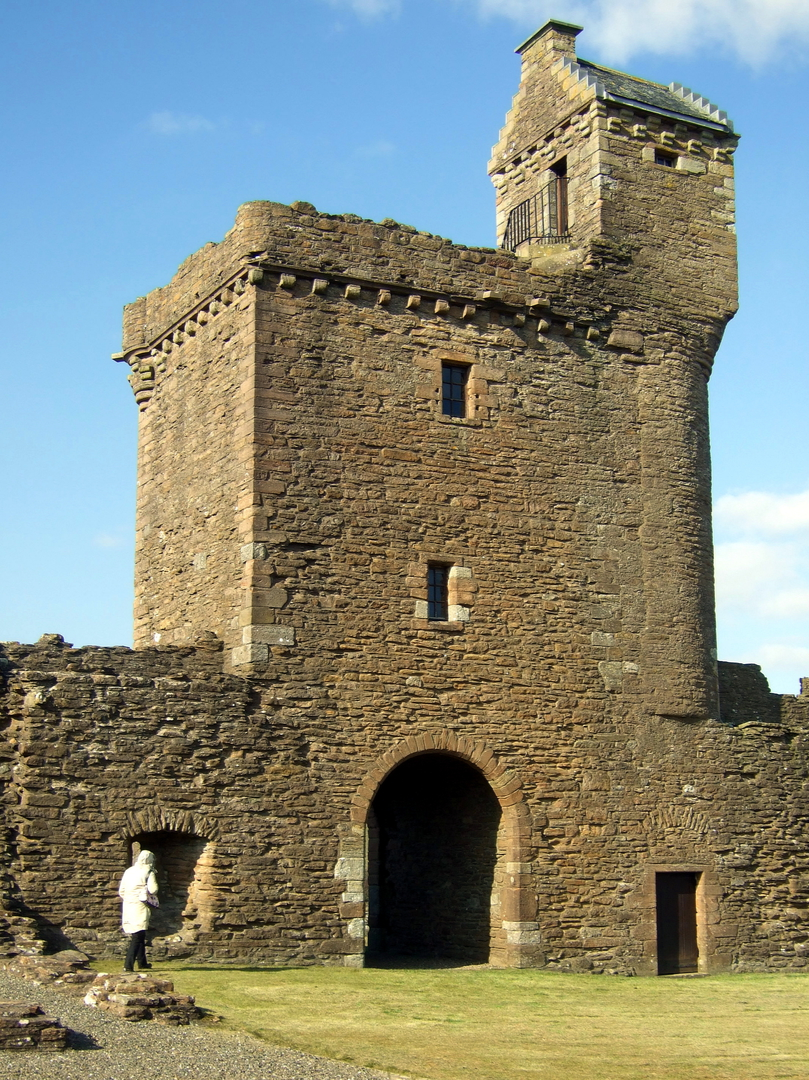 The Abbey, founded in the 13th century by Duncan, Earl of Carrick, as a Cluniac establishment has two fortified buildings within its grounds.
The 16th-century gatehouse, built by Abbot William Kennedy, is a well-preserved square tower house of three storeys and a garret within a parapet. A round tower is crowned by a watch-chamber. The walls are pierced by gunloops.
The Abbot’s Tower, a 16th-century tower house, has a vaulted basement and hall, and was remodelled by Abbot William Kennedy. This is more ruinous and half the tower has gone. 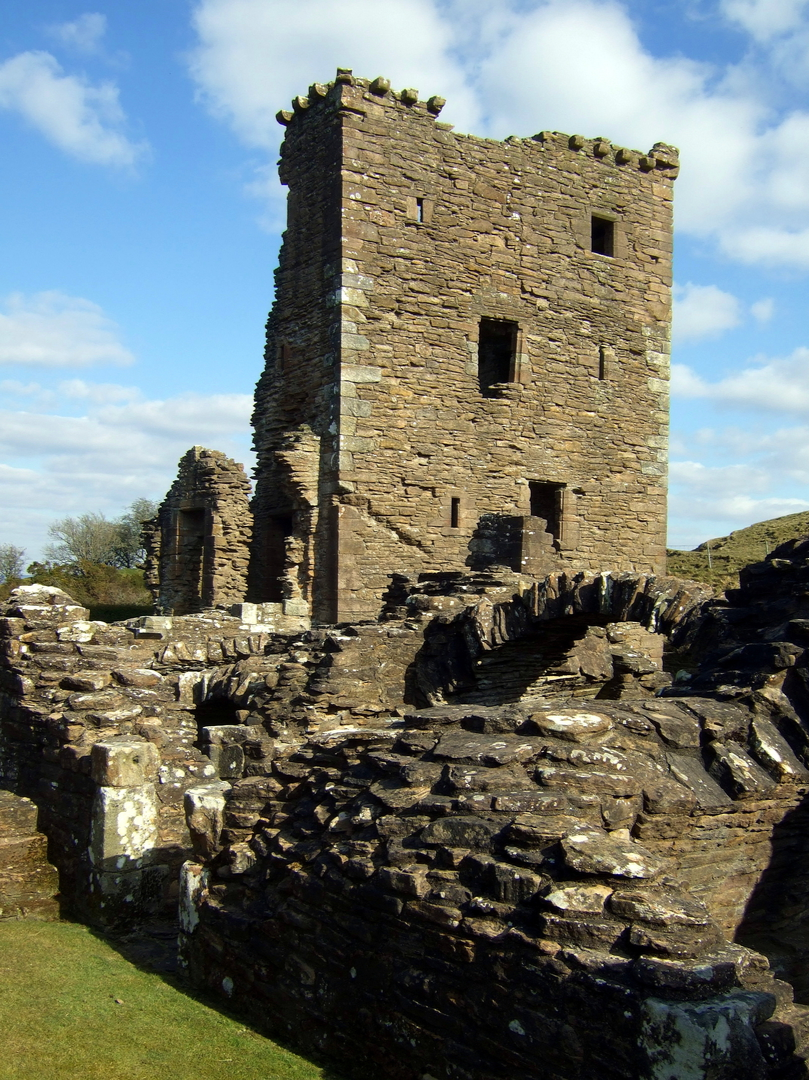 The church of the abbey and parts of the cloister, including the sacristy and chapter house, are in good condition, and this is an extensive and interesting complex of buildings. There is a circular doocot at the south-west corner, which dates from the 16th century.
‘Krosrageul Abbey’ is prominently marked on Blaeu’s map of Carrick. 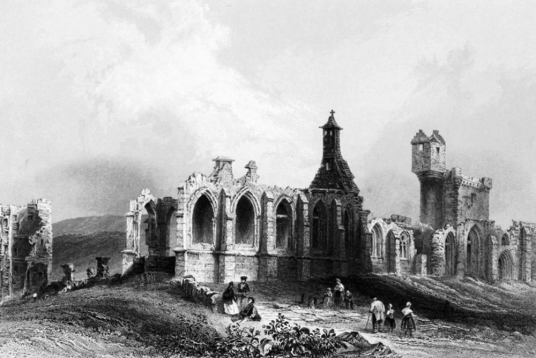 The abbey was in the Earldom of Carrick, which was one of the titles held by Robert the Bruce, and was damaged during the Wars of Independence. Allan Stewart, commendator of the abbey, was roasted ‘in sop’ at Dunure Castle in 1569 by Gilbert Kennedy, 4th Earl of Cassillis, until he signed over the lands of the dissolved abbey to the Kennedys. 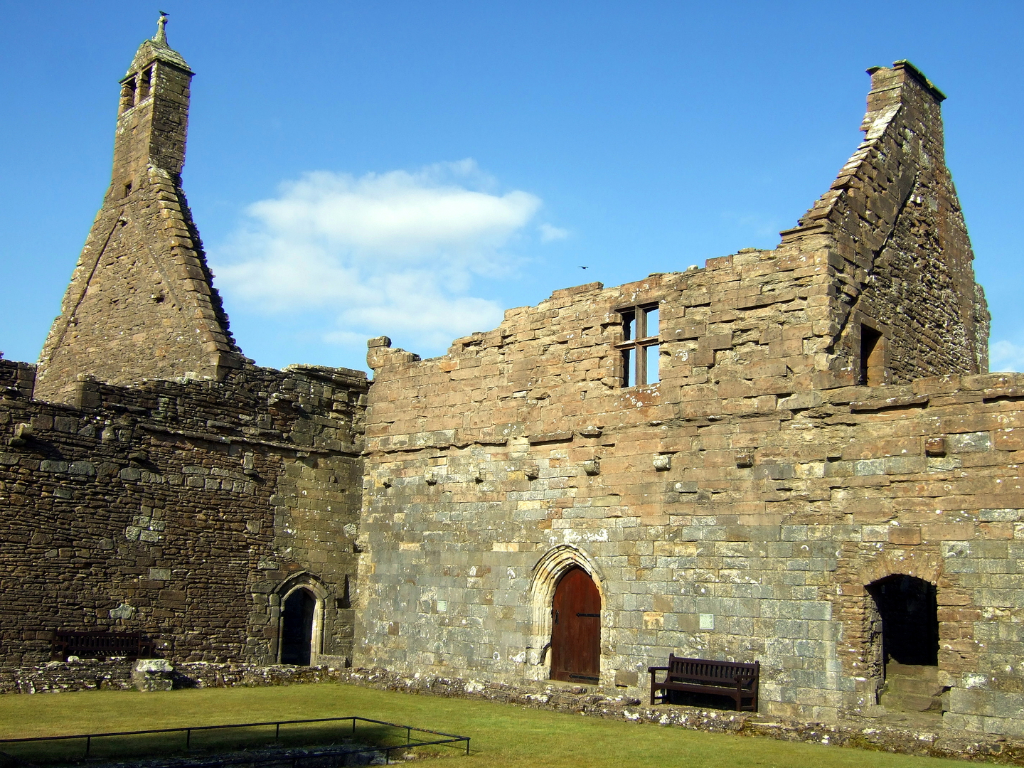 The ruins are said to be haunted by ghostly monks and by the bogle of a stone mason. There was also reputed to be an underground tunnel to Baltersan Castle, which is about half a mile away.