Falkirk: About 4 miles north of Falkirk, on minor road west of A905, south of Airth, 0.5 miles from River Forth, north of Pow Burn, at Airth Castle. 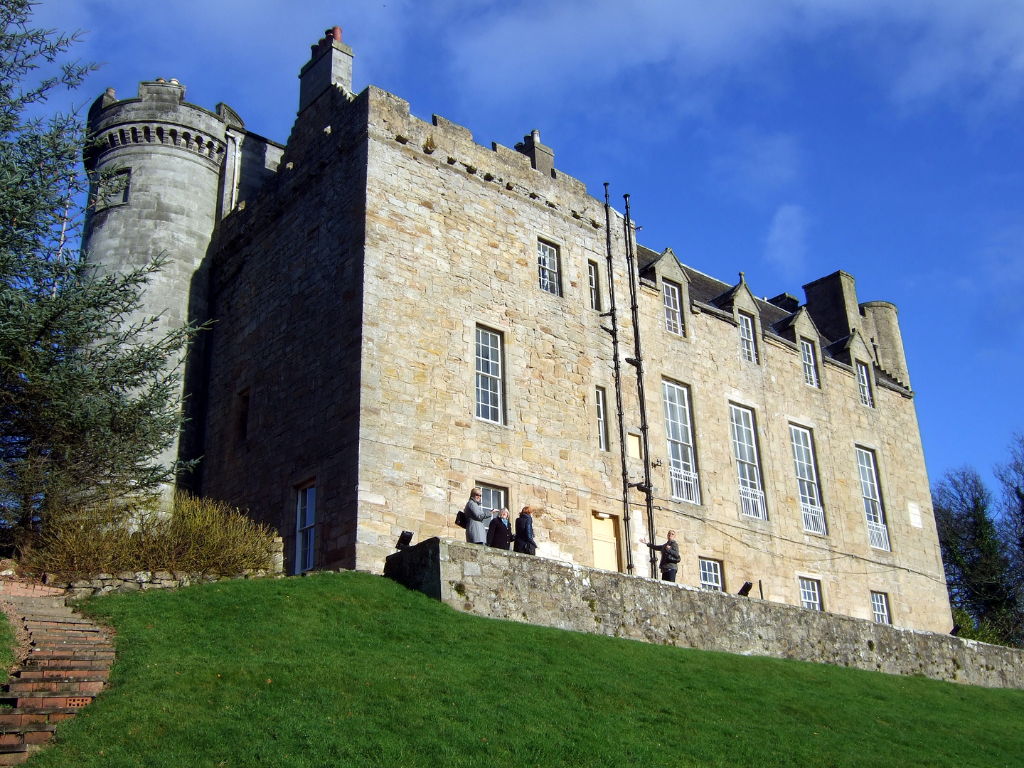 Airth Castle consists of a squat 14th-century tower, now known as Wallace’s Tower, of three storeys and an attic within a crenellated parapet. The east wing, which has two turrets of different sizes, probably also dates from the 13th or 14th century. The corbiestepped gabled roof probably dates from when the castle was extended by a wing with dormer windows in the 16th century, and a new wing was also added in 1581. The castle was greatly altered in the 19th century, with a new castellated and towered front, obscuring much of the older work. 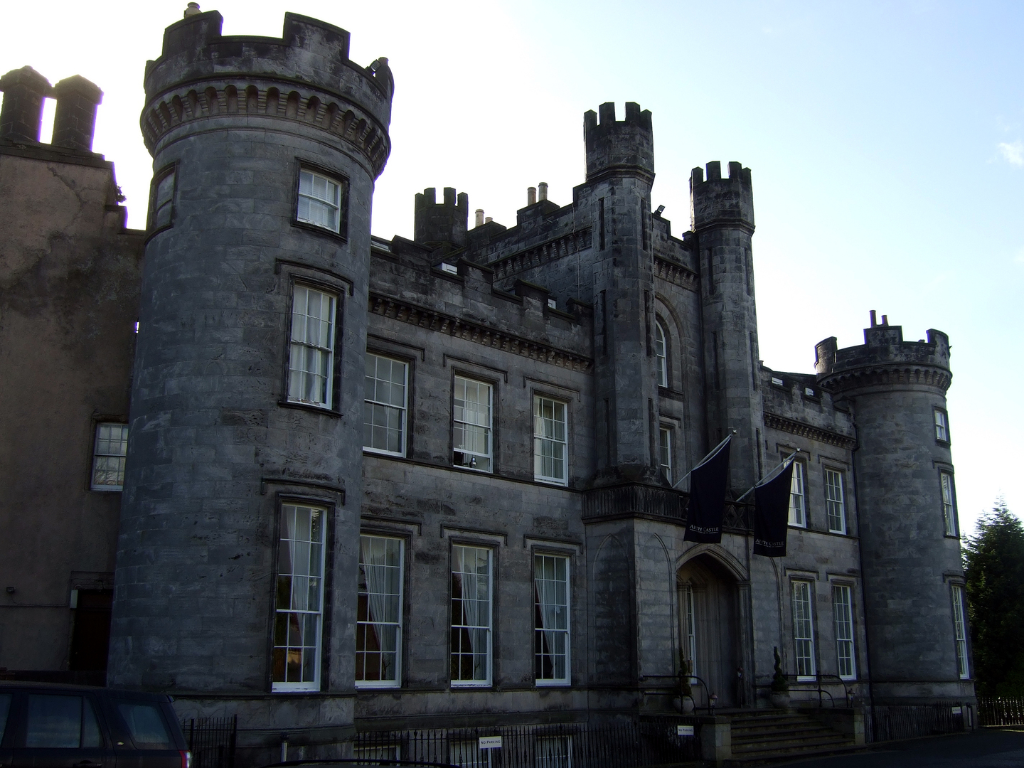 A stronghold here was held by a Fergus de Erth (Airth) in 1309. Airth saw action in the Wars of Independence when William Wallace rescued his uncle, the Priest of Dunipace, from here after he had been imprisoned by the English.
Around 1470 Airth passed to the Bruces after Edward Bruce, second son of Robert Bruce of Clackmannan, married Agnes, daughter and heiress of William of Airth. Some 18 or so years later, in 1488, the castle was attacked and burned by James III. Airth was restored with compensation from James IV, son of James III, who had led the rebel forces at the battle. 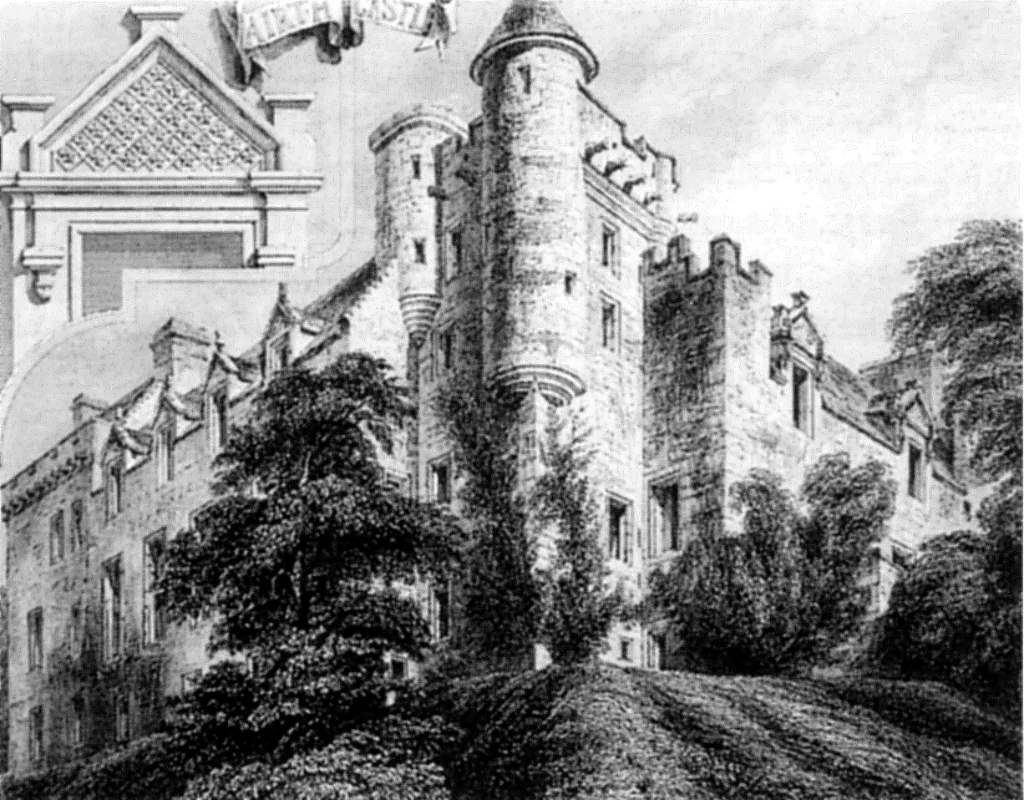 Airth was held by the Bruces until 1642, when it passed by marriage to the Elphinstones, and several of the family are buried in the Airth aisle of the nearby ruinous Old Airth Church [NS 900869]. The tower, fortalice and manor place of Airth are mentioned in a ratification of 1681 in favour of Richard Elphinstone of Airth. In 1717 the property was acquired by the Grahams, whose descendants owned it until 1920. Since 1971 Airth has been used as a hotel and country club. 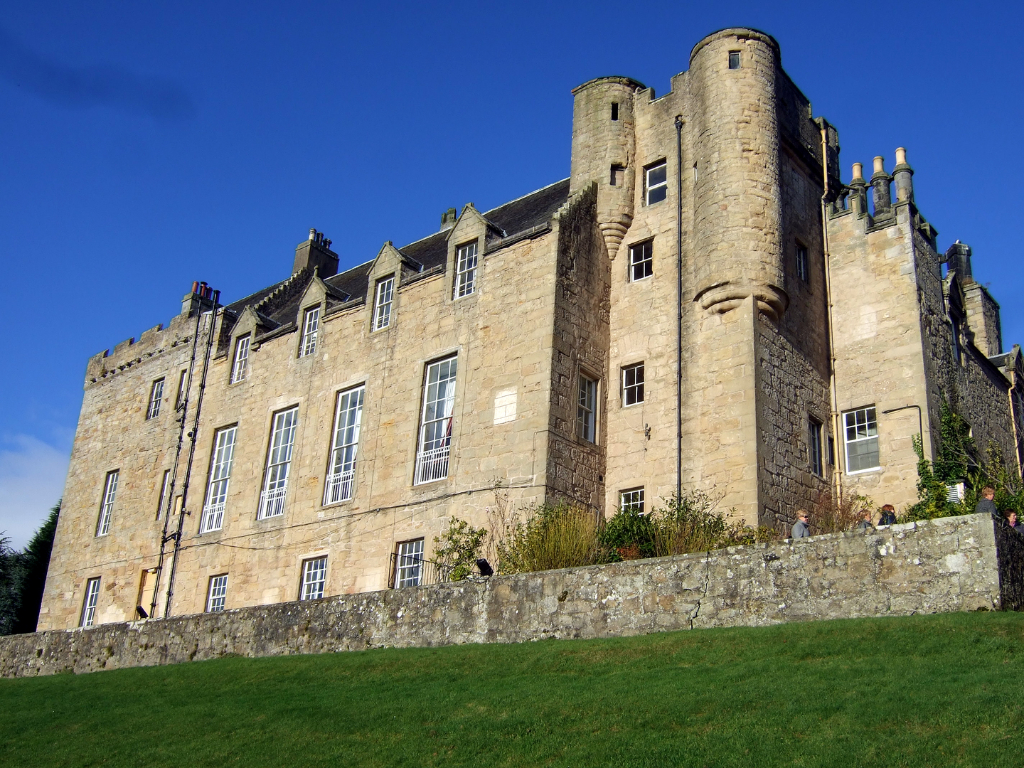 One room of the castle is said to be haunted by the ghost of a 17th-century housekeeper. The story goes that she neglected two children in her care, and still searches the building for them after they were killed in a fire.
The Old Parish Church is an interesting ruin with a tall tower, and the Bruces had an aisle here, which was added in 1614. The village of Airth was a port, but after its ships were burnt by Hanoverian forces in the 1745 Jacobite Rising, it went into decline.