Lothians: East of North Berwick, on minor roads north of A198, just south of shore of Firth of Forth, just west of Rugged Knowes, at Castle Hill. 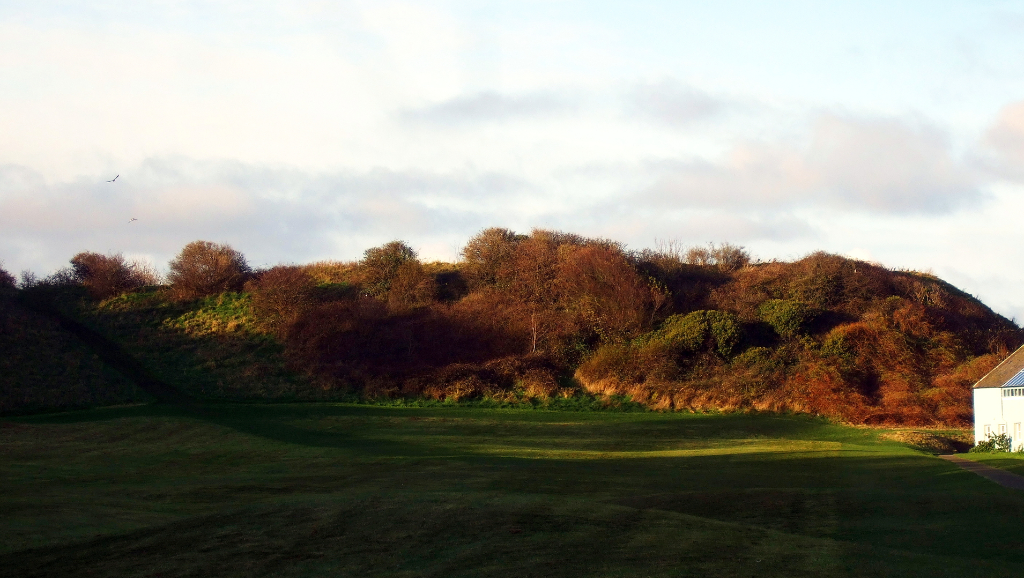 Site of castle on a scarped hillock, probably of the MacDuff, and then Stewart, Earls of Fife. There are good views from the summit. 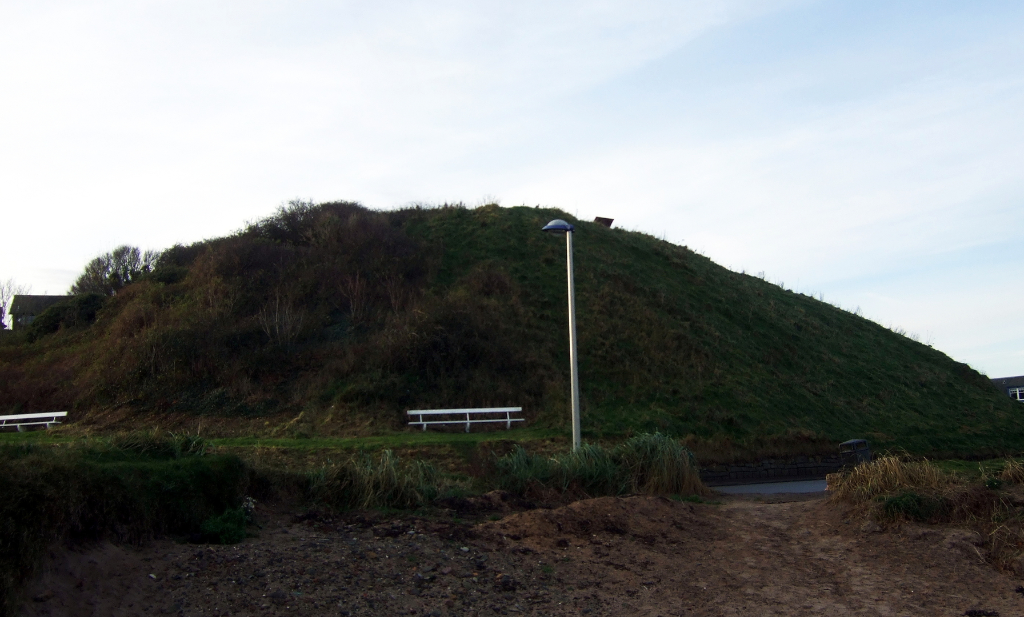 The Earls had a ferry from North Berwick to Earlsferry in Fife, and a castle is mentioned in 1388 when Sir Robert Stewart, Earl of Fife, complained that he did not have access to his property, being prevented from doing so by the Douglases. The barony soon passed from the Earl of Fife to the Douglases, who built Tantallon Castle. The site at Castle Hill appears to have been abandoned soon afterwards. Also see The Lodge in North Berwick.
‘Northberwick’ is marked on Blaeu’s map of The Lothians, then depicted on Adair’s map of East Lothian.