Ayrshire: About 2 miles west of West Kilbride, on minor road west of B7048 at Portencross, on the shore of Firth of Clyde, at Portencross Castle. 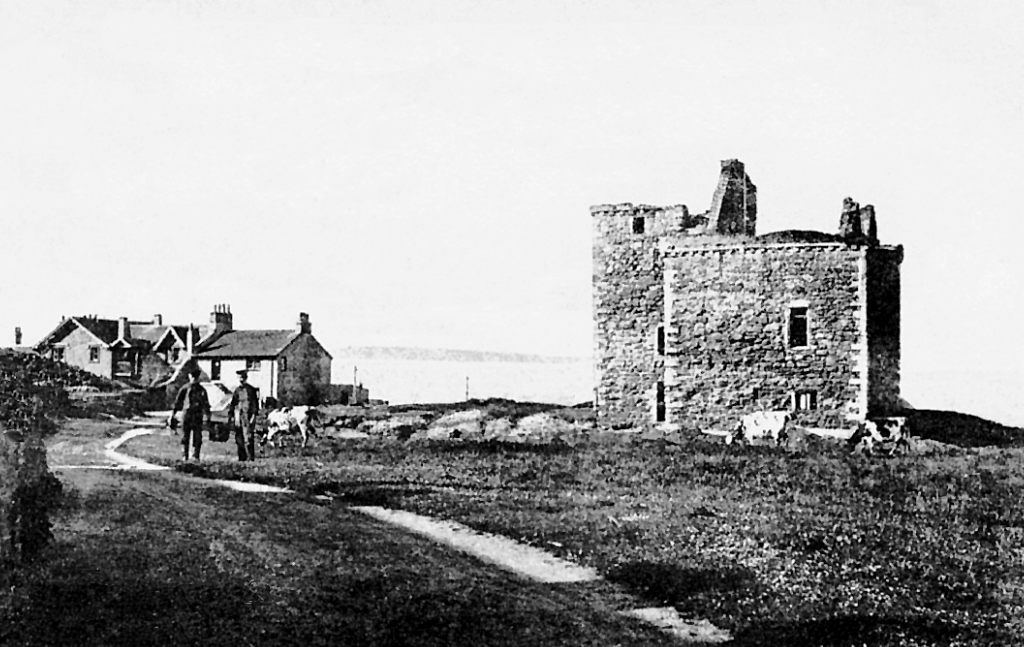 Standing on a rock, Portencross Castle is an altered 14th- or 15th-century tower of three storeys and a garret. It was originally rectangular in plan, but a tall four-storey wing was added at one end. The parapet is corbelled out. 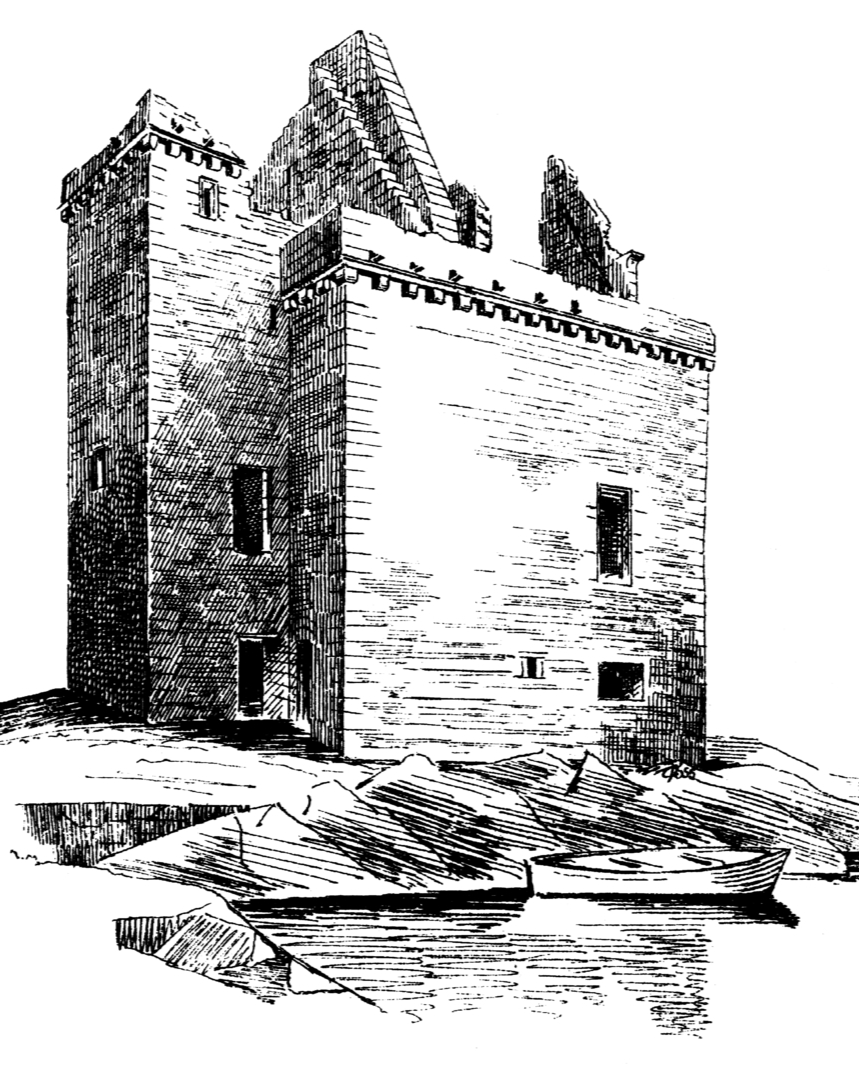 There are two entrances at right angles to each other in the re-entrant angle: one in the wing, one in the main block. The basement is vaulted, and contained the kitchen, with a straight stair to the hall above. In the wall, between the main block and wing, is a turnpike stair. The hall, on the first floor of the main block, is vaulted, and has an entresol floor at the base of the vaulting. The upper part of the building is ruinous.
‘Portencrogs’ and ‘Ardned’ are marked on Blaeu‘s map of Cunningham. 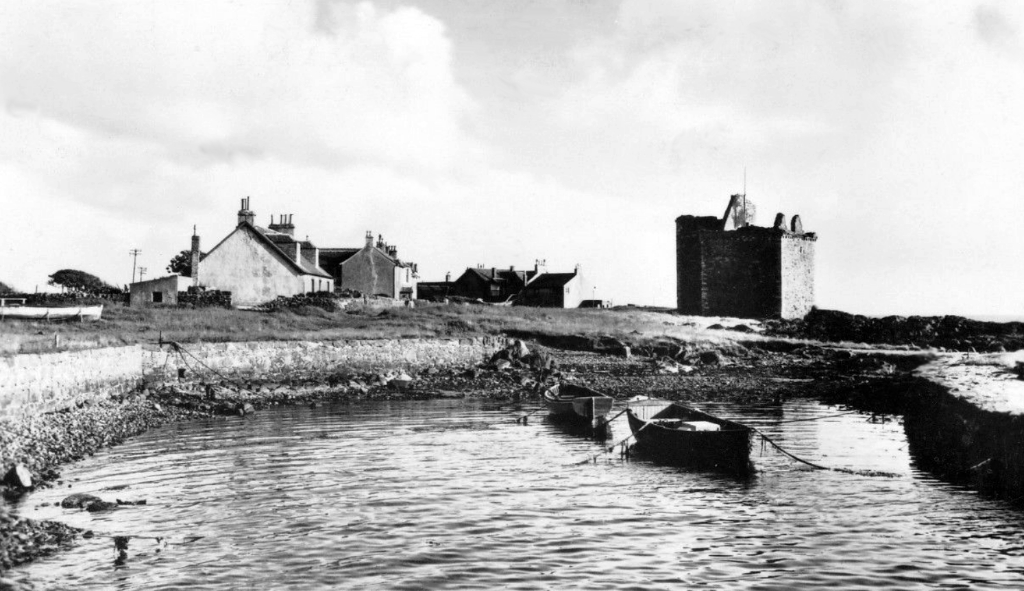 The property, known as Ardneil, belonged to the Ross family, but they supported the Comyn (losing) side in the Wars of Independence, and Robert the Bruce gave the lands to the Boyds of Kilmarnock. There was an earlier stronghold at Auld Hill [NS 178491], which consisted of a walled enclosure and hall house within an earlier fort. This was still occupied in the 14th century, and possibly later, but was replaced by Portencross Castle.
Robert II and Robert III visited the castle on their way to Rothesay on Bute. Thomas Boyd, Lord Boyd, had a ratification of 1592 for the lands of Arneil and Portencross, which mentions the tower, fortalice and manor, while Robert Boyd of Portencross had a ratification for the lands of Ardneil in 1681. The Boyds held the property until 1785, when it passed to the Fullertons of Overton and it later went to the Adam family of Auchenames in around 1900. A gale stripped off the roof in 1739, and the castle was used as a store by fishermen. The castle and much of the surrounding land was bought by power companies when the Hunterston nuclear powerstation was built and was consolidated. The ruins are in good condition, having been conserved during 2009-10.

The castle featured in the BBC television show Restoration.

The castle is said by some to be haunted.
A ship from the Spanish Armada sank near the castle in 1588.