Perthshire: About 2 miles north and east of Crieff, on minor roads west of A822 or north of A85, north of the Shaggie Burn, at Monzie Castle. 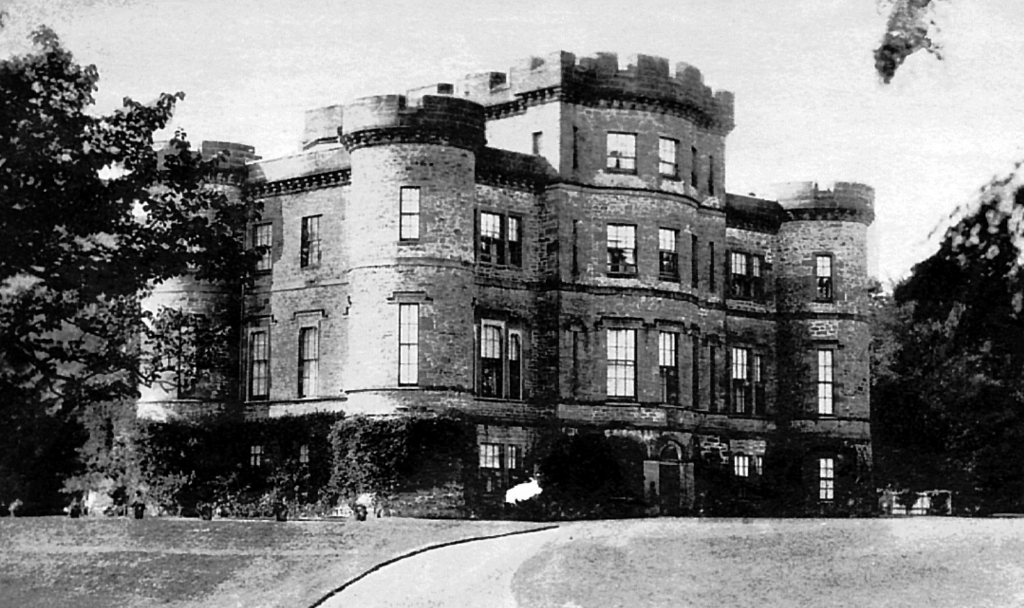 Monzie Castle (the ‘z’ is not pronounced) is a small early 17th-century L-plan tower house of two storeys and an attic, to which has been added a large castellated mansion of three storeys in the late 18th century. The roof is steeply pitched, and the walls are pierced by shot-holes. The tower is dated 1634, although it may incorporate work from the 16th century or earlier. The mansion has round towers at the corners and a battlement crowns the walls.
The entrance, in the wing, leads to a scale-and-platt stair, which climbs to the first floor then on to the upper floors. The basement is not vaulted, and the hall, on the first floor, has been subdivided. 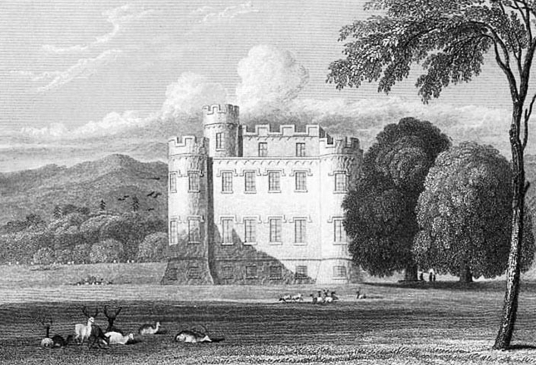 ‘Monyie’ is marked on Pont’s map of Strathearn, and is depicted as a small tower.
The property was held by the Scotts from the 15th century, and a summons of treason was taken to the place of Monzie in 1584, where Patrick Drummond, younger of Carnock, lived. The property passed by marriage to the Grahams (Graemes) in 1613. It went to the Campbells around 1670 and in that year Colin Campbell had a ratification in his favour, ordaining that the manor place of Monzie was to be the principal messuage. Monzie was held by them until 1869, when it was sold to the Johnstones of Lathrisk. The house was restored around 1908 by Sir Robert Lorimer after being burned out. It is still occupied, and is now a property of the Crichtons. 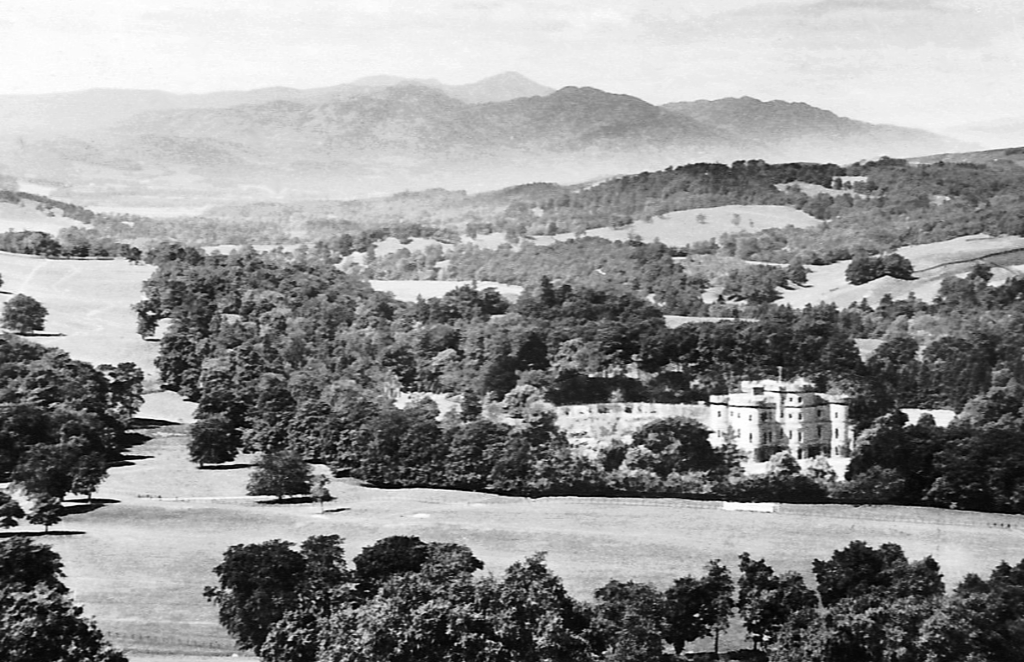 Kate McNiven’s Stone [NN 880243] is a 5 foot high standing stone to the south of the drive to the castle. This is said to mark the spot where Kate McNiven, known as the ‘Witch of Monzie’, was reputedly executed. Kate is said to have cursed the laird of Monzie after being accused of witchcraft, including that she turned herself into a bee. Kate MacNiven’s Craig, on the north side of the Knock of Crieff, is reputed to be where she was put in a barrel and rolled down the slope. Inchbrakie’s Ring, a sapphire set in gold, was reputedly given to the laird of Inchbrakie by Kate. She spat it into his hand as she was being burnt. He had tried to save her, and she promised that if his family kept the ring they would prosper. The family do still have the sapphire ring and the setting has been dated as early in the 17th century.

More about Kate MacNiven can be found at www.bogles.co.uk