Argyll & Dunbartonshire: About 2 miles north-east of Achnacroish, on south side of island of Lismore, on minor road and foot south of B8045, just north of Lynn of Lorn, at Tirefour Castle or Tirefour Broch. 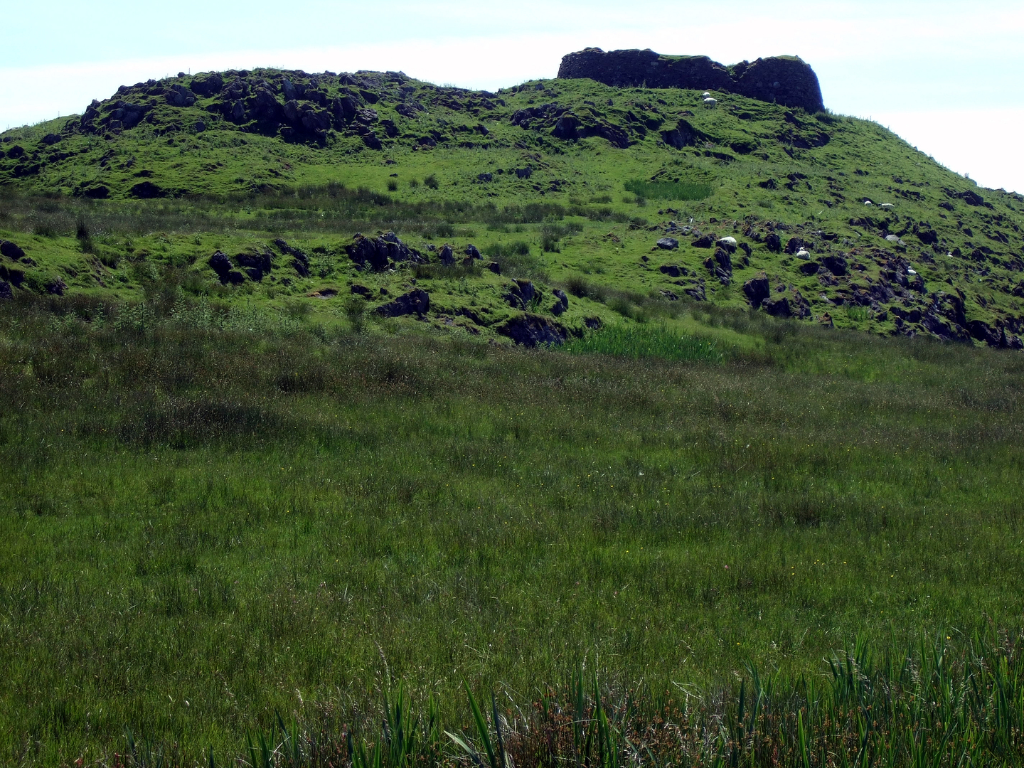 Standing on a rocky outcrop and commanding panoramic views over Lismore and the Firth of Lorn, Tirefour Castle or Broch is an impressive and well-preserved Iron Age broch. The wall rises to over 10 foot for most of its length, and in one place survives to a height of 16 foot. 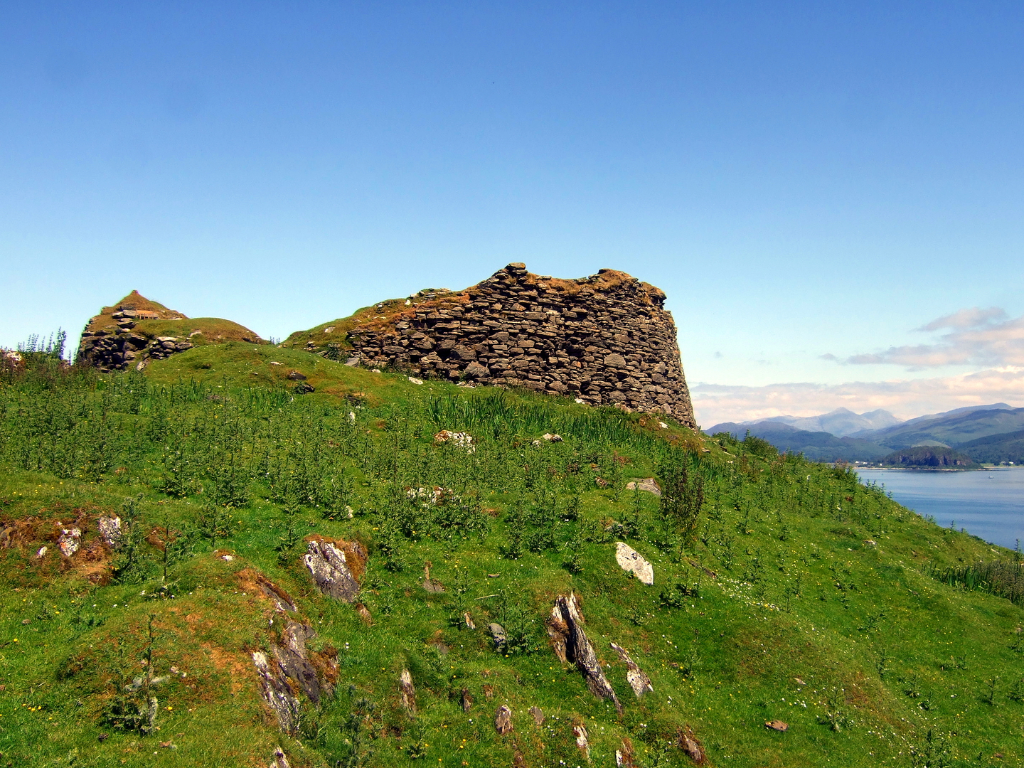 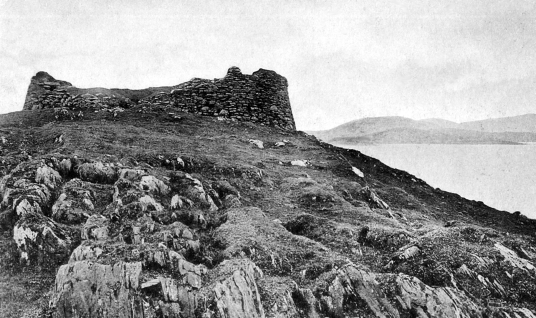 The inside of the broch is partly filled with debris, but a doorway in one interior face survives. The entrance and the remains of an intramural gallery can be seen, and outside the broch are two ruinous outworks defending the approach. 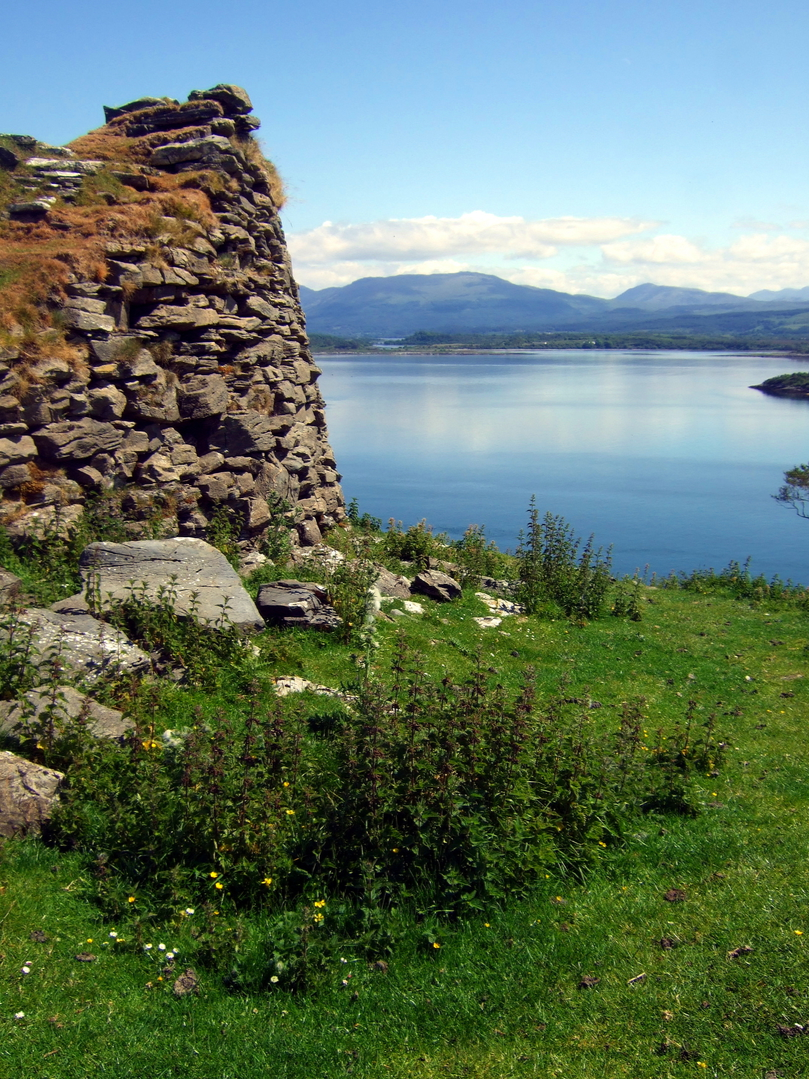 ‘Tyrfoiur’ is marked on Blaeu‘s map of Lorn and is shown as a tower or settlement on a hill. The place is believed to have been in use into the Middle Ages, and perhaps into the 16th and 17th centuries as it is in such a prominent position.