Angus & Dundee: About 2.5 miles south of Montrose, on minor roads east of A92, at Dunninald Castle. 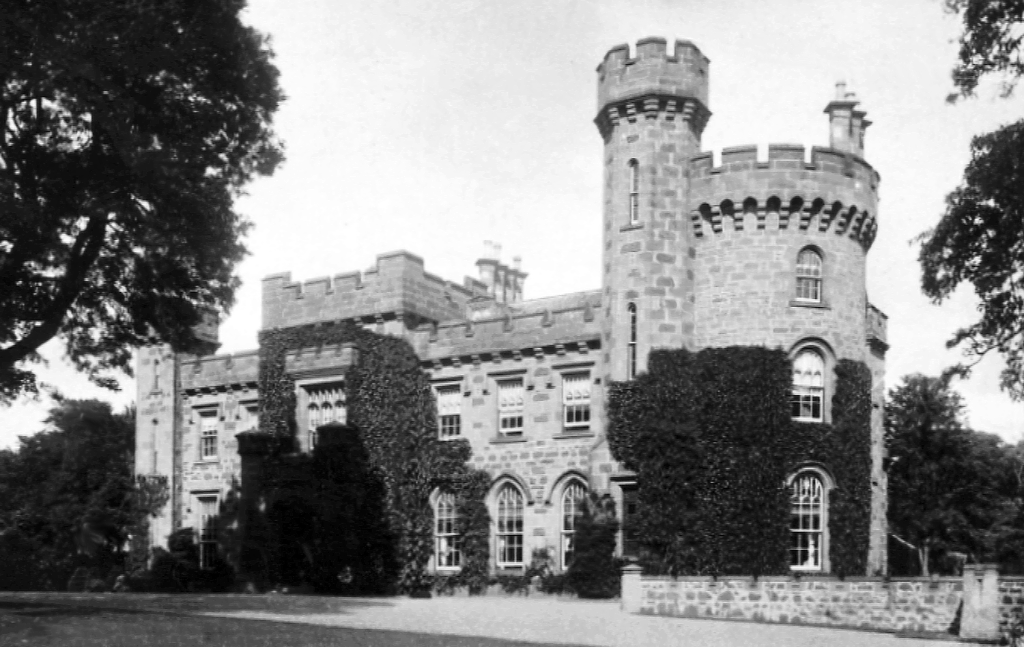 Dunninald Castle was built to replace Black Jack Castle [NO 708535] in the late 16th or early 17th century, itself replaced by Dunninald House [NO 703543], a substantial Gothic mansion dating of two storeys, dating from 1824 and designed by James Gillespie Graham. The 17th-century Dunninald Castle survives as a ruin in the grounds of the newer building, and there is an 18th-century planned landscape with fine grounds and a walled garden.
The property was held by the Grays until 1610, but had passed to the Leightons of Usan by 1617, then to the Allardyces of Allardyce. They got into debt, and the property was sold to the Scotts of Usan in 1696 when Robert Scott of Dunninald is on record.
The new castle was built for the Arklay family, and the property is now held by the Stansfelds.