Lothians: About 2.5 miles east of South Queensferry, on minor roads east of B924 or A90, Mansion Hill Park, at Dalmeny House. 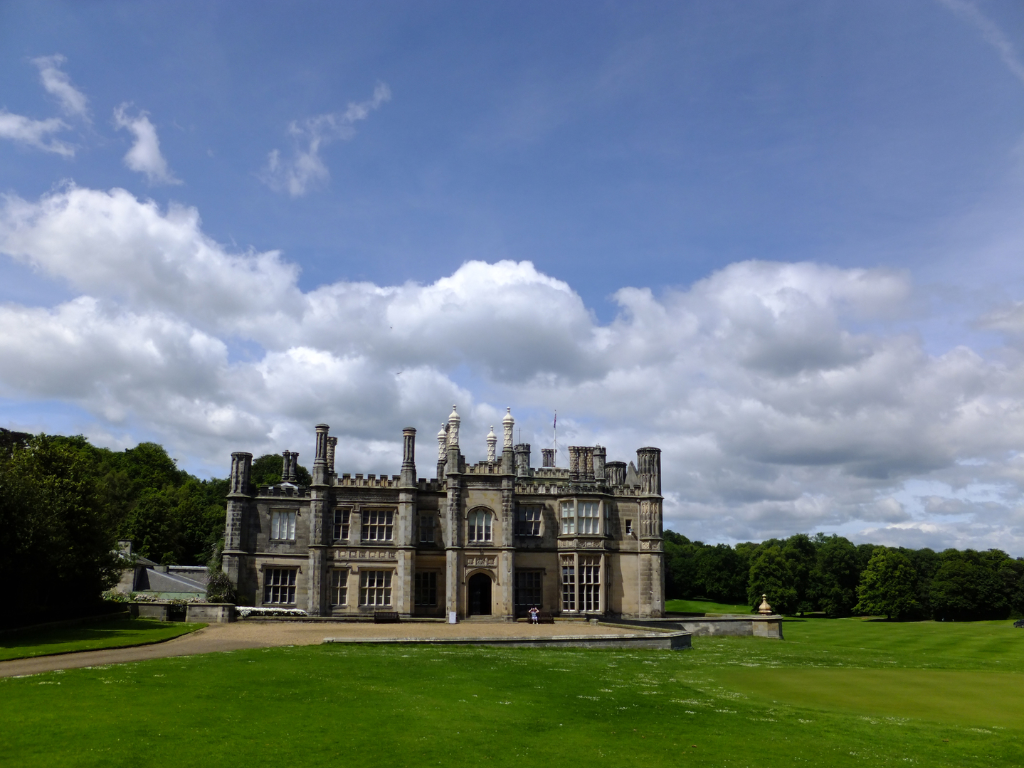 Site of castle or old house, known as Dalmeny House, the last part of which was demolished around the end of the 18th century. Set in fine grounds, the present Dalmeny House [NT 167779], an impressive Tudor-Gothic mansion of two storeys with a higher central tower, was built in 1814-17. The building has a magnificent hammer-beam hall.
‘Dunmeny’ is marked on Blaeu’s map of The Lothians. 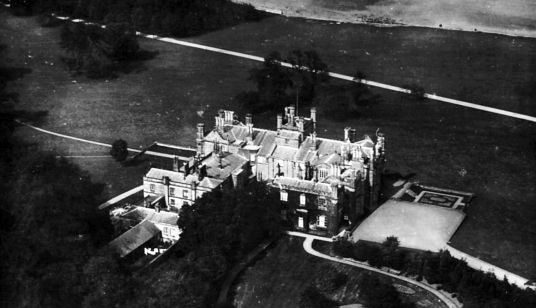 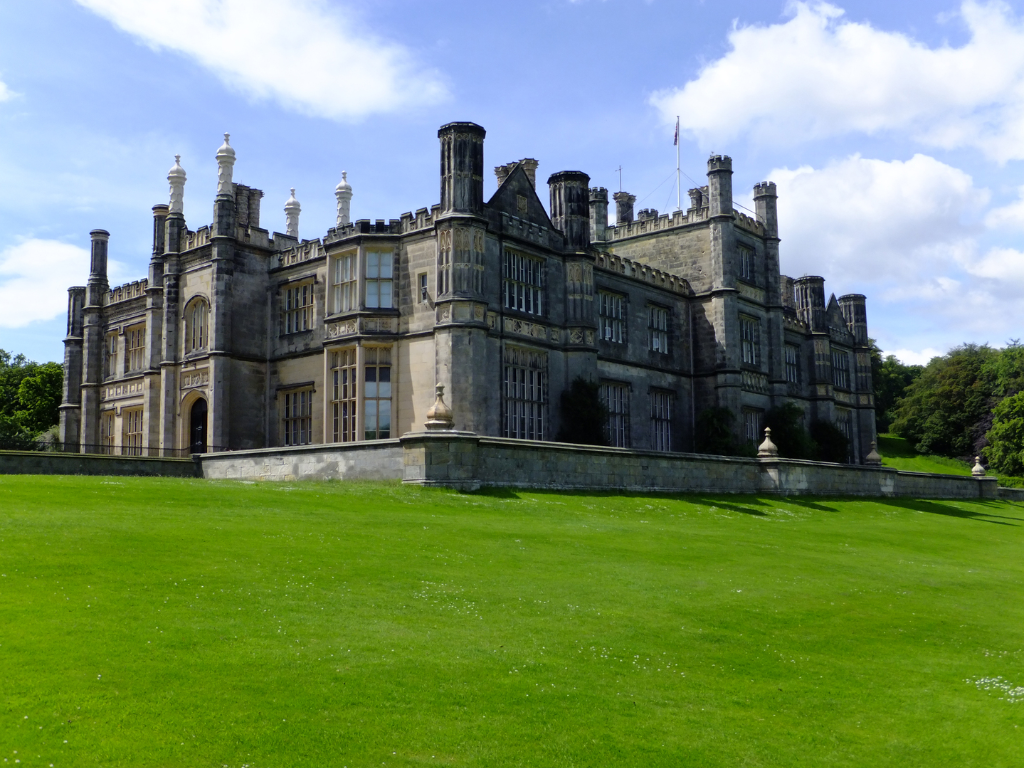 This was a residence of the Mowbrays of Dalmeny and Barnbougle. The property was sold to the Hamilton Earl of Haddington in 1615, who in turn sold it in 1662 to the Primrose family, who were made Earls of Rosebery in 1703. Archibald Primrose, 5th Earl, was Foreign Secretary in 1886 and 1892-4, then Prime Minister from 1894-5. He married Hannah, heiress of the Rothschild family, and inherited much property and wealth, including the magnificent Mentmore Towers (which was later sold). 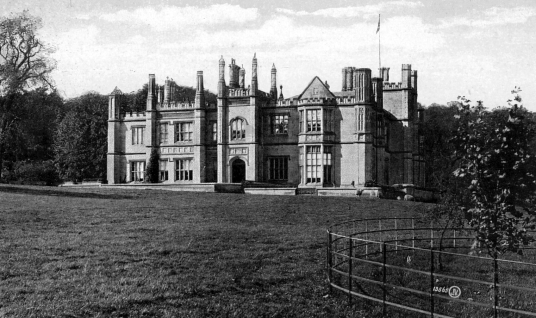 Set in explansive landscaped and wooded grounds and gardens by the sea, Dalmeny is still home to the family, and there are fine collections including French furniture, porcelain and displays of items associated with Napoleon.