Moray: About 2.5 miles south and east of Dufftown, on track east of A941 (Dufftown to Rhynie road), just west of River Fiddich, north of Ben Main, at Auchindoun Castle.

OPEN: Access at all reasonable times (signposted): footpath is steep and may be muddy.
Web: www.historicenvironment.scot 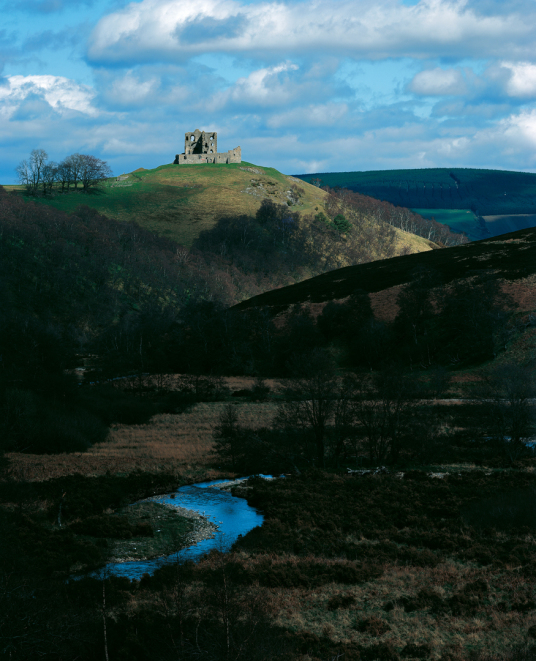 Standing in a prominent position with fine views in a lonely position, Auchindoun Castle is a ruined and somewhat grim L-plan tower house. It rises to three storeys and probably formerly a garret, and includes work from the 15th century. The walls are pierced by gunloops. A courtyard, with a round tower, encloses the tower, and ruined ranges of buildings housed a kitchen and brewhouse. 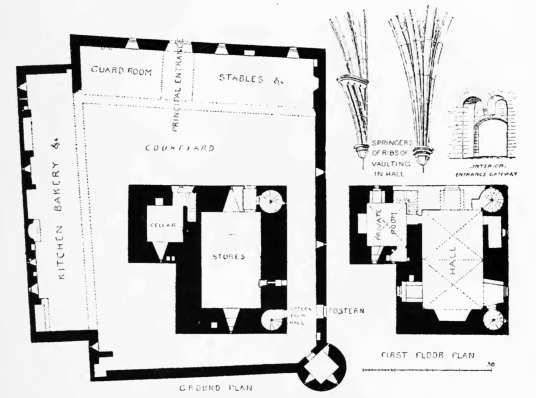 The basement of the tower was vaulted, and contained cellars, including the wine-cellar with a small stair to the floor above. A turnpike stair, in one corner, led up to the vaulted hall on the first floor. There were private chambers in the wing and on the floors above. 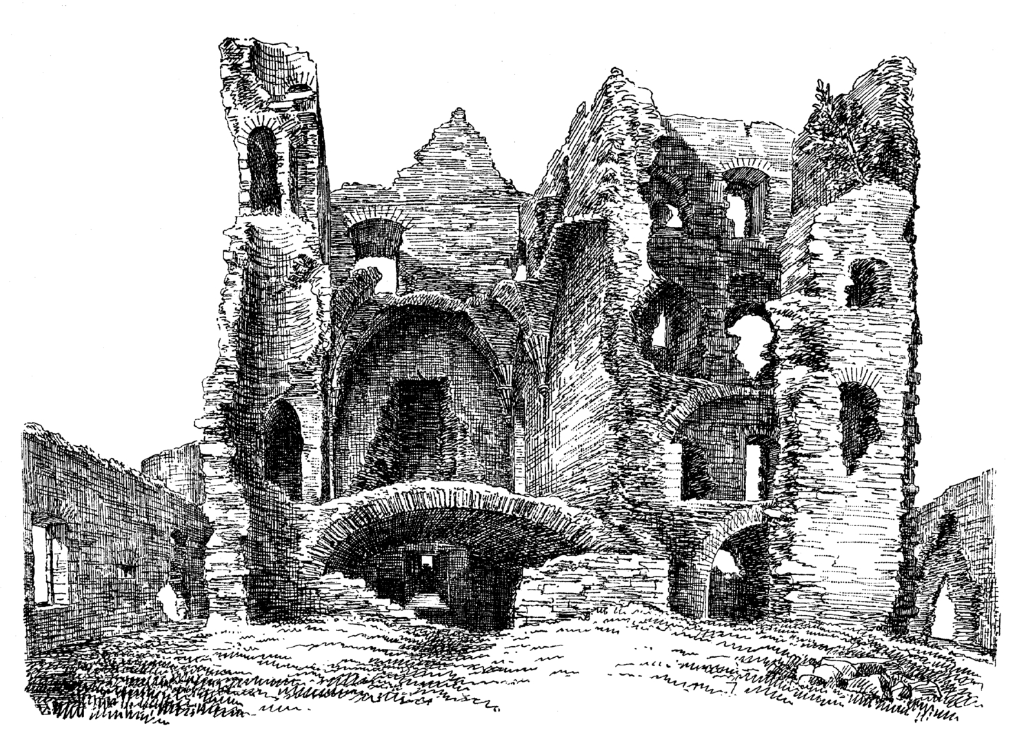 ‘Achindoun’ is marked on Pont’s map of Strathspey and is depicted as a large L-plan tower of for storeys on a hill.
The existing castle was built for John, Earl of Mar, who was murdered by his brother, James III, at Craigmillar Castle. It is said to have passed to Thomas (or Robert) Cochrane, a reputed master mason, one of James III’s favourites. In 1482 he was hanged from Lauder Bridge by nobles led by Archibald ‘Bell the Cat’ Douglas, Earl of Angus. 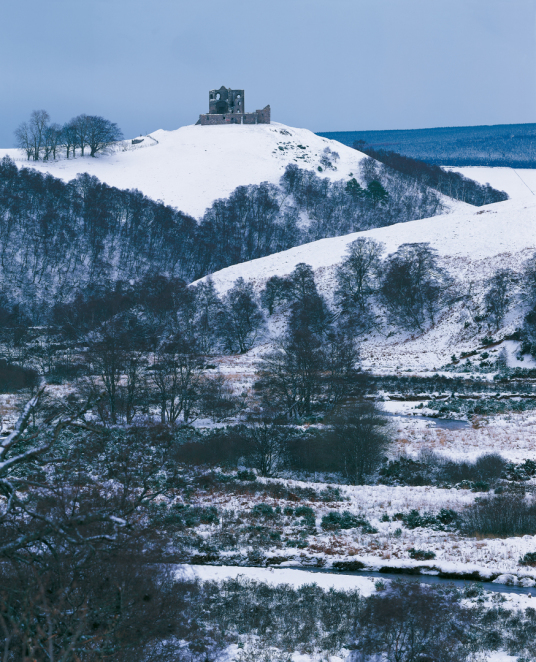 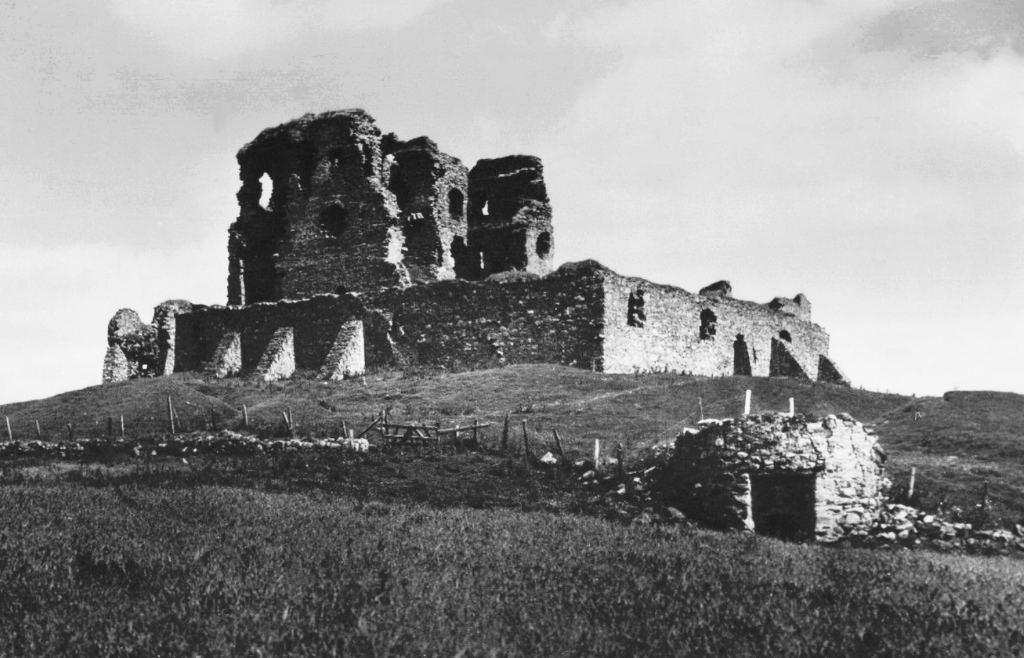 The castle was acquired by the Ogilvies, and ‘the mains Auchindoun with its castle, fortalice and castle hill’ is mentioned in 1509, when Sir James Ogilvy granted the property to his nephew, Alexander. By 1535, Auchindoun had been sold to the Gordons, and in 1571 a party of Gordons, led by Adam Gordon of Auchindoun, besieged Corgarff (or Towie) Castle during a feud with the Forbeses. Corgarff was burnt, killing Margaret Campbell, wife of the Master of Forbes, and her family and retainers, totalling 27 folk as told in the old ballad ‘Edom o’ Gordon’. Auchindoun may have been burnt itself, either in 1544 or 1671 depending on the story, the tale told in the old ballad ‘Fair Helen of Auchindoun’. It is a relief to know that those of us not blessed with fair face or bonnie looks or golden hair rarely get slain in old ballads. 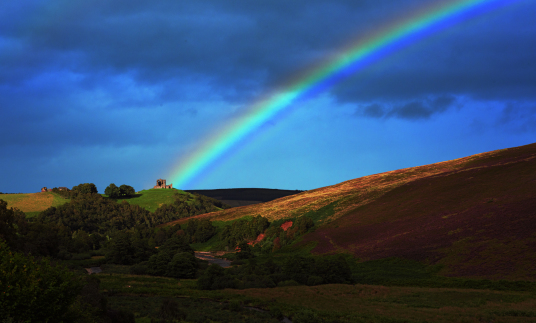 Auchindoun, itself, was sacked again and torched in 1591 by the Mackintoshes in revenge for the murder of the Bonnie Earl o' Moray at Donibristle under the orders of Marquis of Huntly by Sir Patrick Gordon of Auchindoun. William Mackintosh, who led the raid against Auchindoun, was beheaded for the act. Gordon was summoned for treason in 1593, along with the Earl of Huntly, and was killed the following year fighting the king’s forces at the Battle of Glenlivet. The castle was restored. 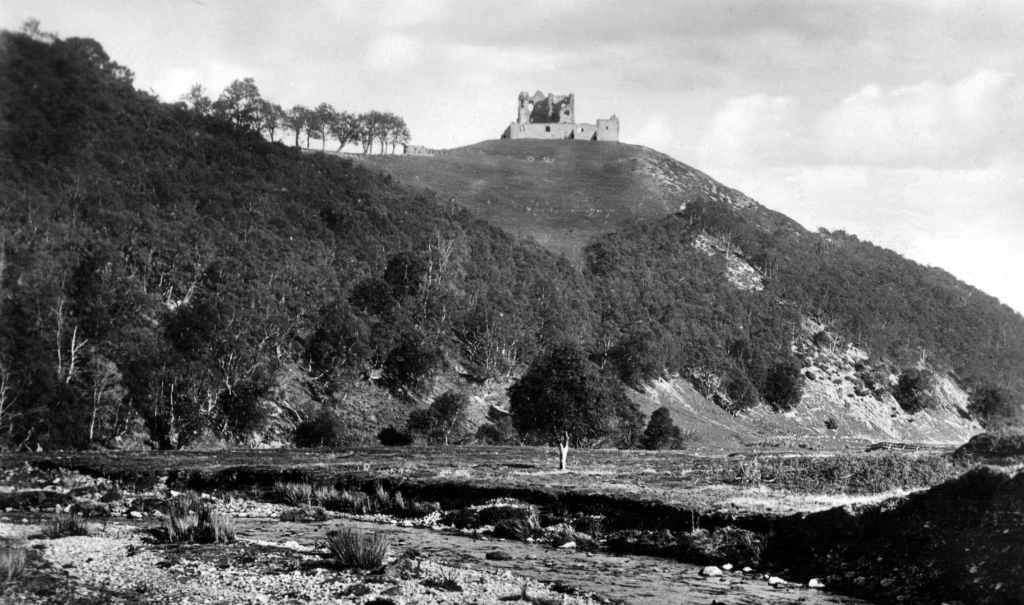 Sir John Gordon of Haddo and John Logie were forfeited in 1644 (and then the Marquis of Huntly in 1645) for among many things seizing Patrick Leslie and others and violently imprisoning them in Auchindoun Castle. The forfeiture was reversed and George Gordon, Marquis of Huntly, had a ratification for the lands in 1681 in which the tower, fortalice, messuage etc is mentioned.

The property returned to the Ogilvies, but by 1725 Auchindoun had been partly demolished for materials.
The castle has recently been consolidated.