Crookston Castle is an unusually planned, tall and ruinous old tower in a quiet spot with fine views, held by the Stewarts of Lennox and once besieged by the great siege cannon Mons Meg, lying to the south of Glasgow in central Scotland. 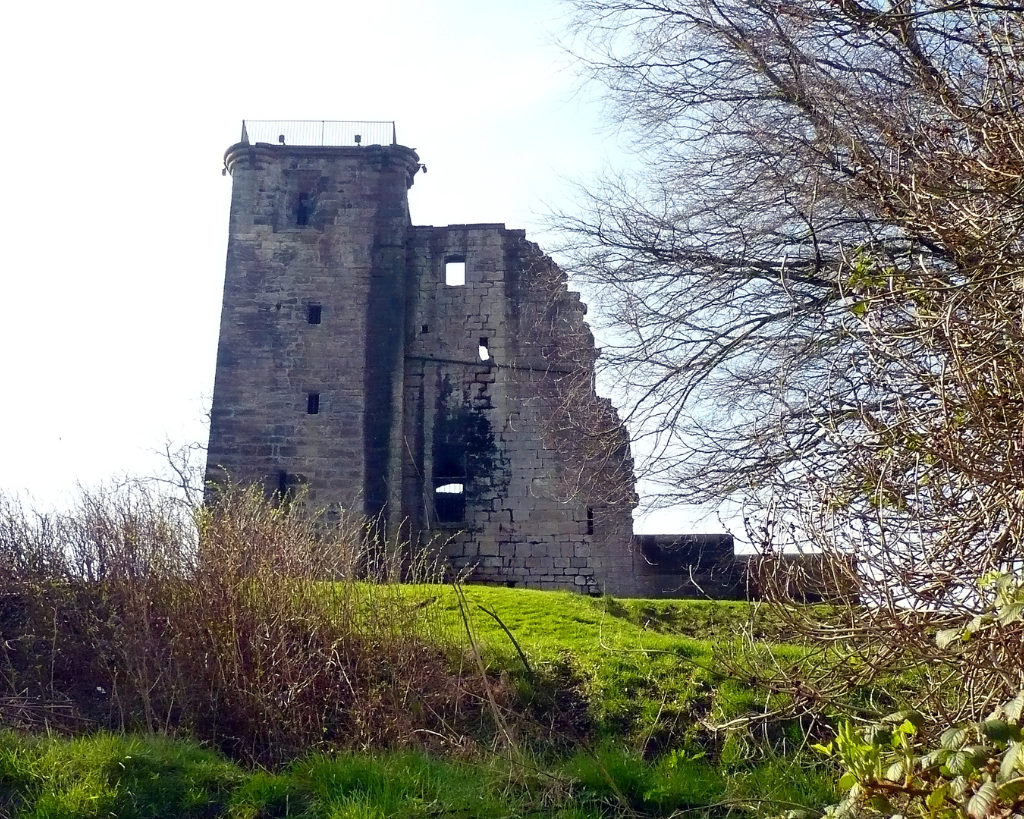 Lanarkshire & Glasgow area: About 3 miles east of Paisley, on minor roads east of the A736, south bank of Levern Water, off Brockburn Road, in Crookston, at Crookston Castle. 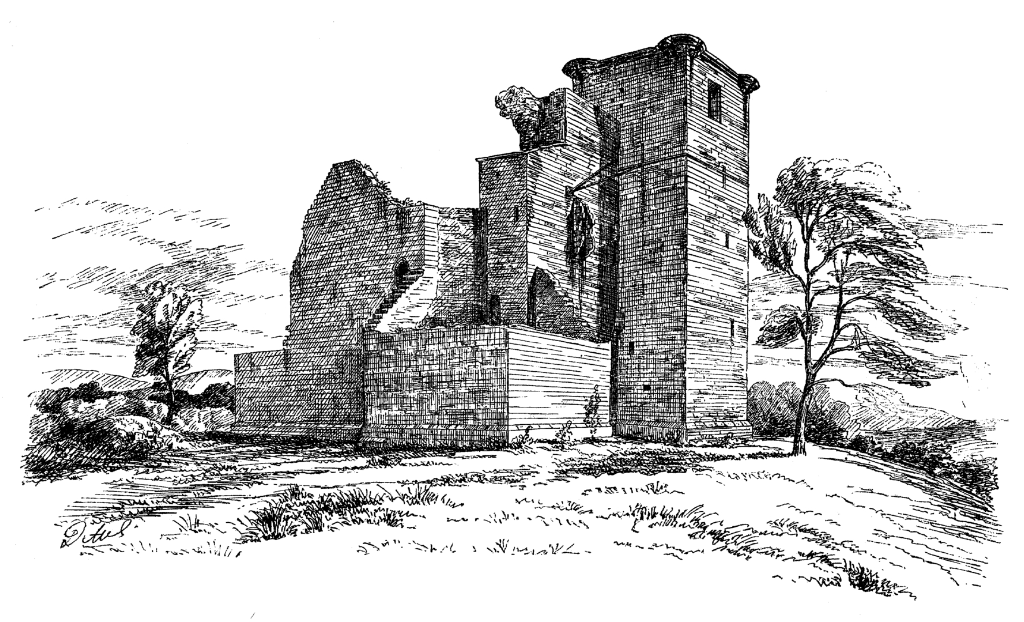 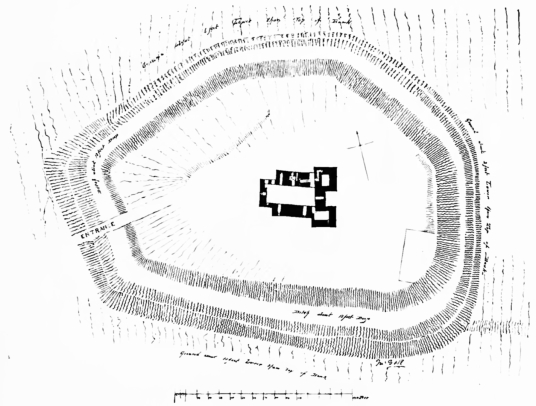 Surrounded by a large ditch, Crookston Castle is an unusual ruined irregularly-shaped 13th-century tower. It formerly rose to at least three storeys, and was strengthened by towers, only one of which is fairly intact, at the corners, making it X-plan. 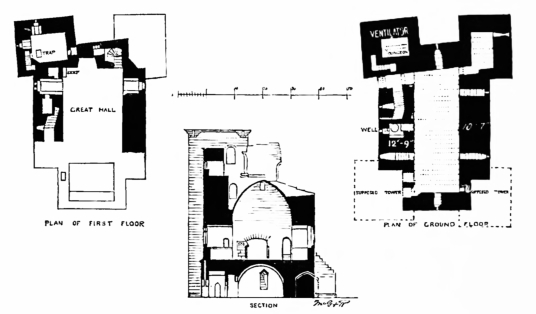 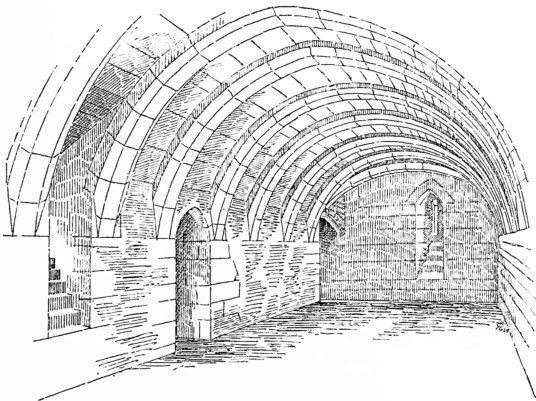 The entrance was defended by two doors and a portcullis. The basement is barrel-vaulted, with splayed ribs, and the hall, on the first floor, is also vaulted and has a large fireplace and windows with stone seats. A turnpike stair, in one corner of the hall, leads to the chambers above and to the towers. One tower has a small stair leading to a guardroom and a pit-prison. 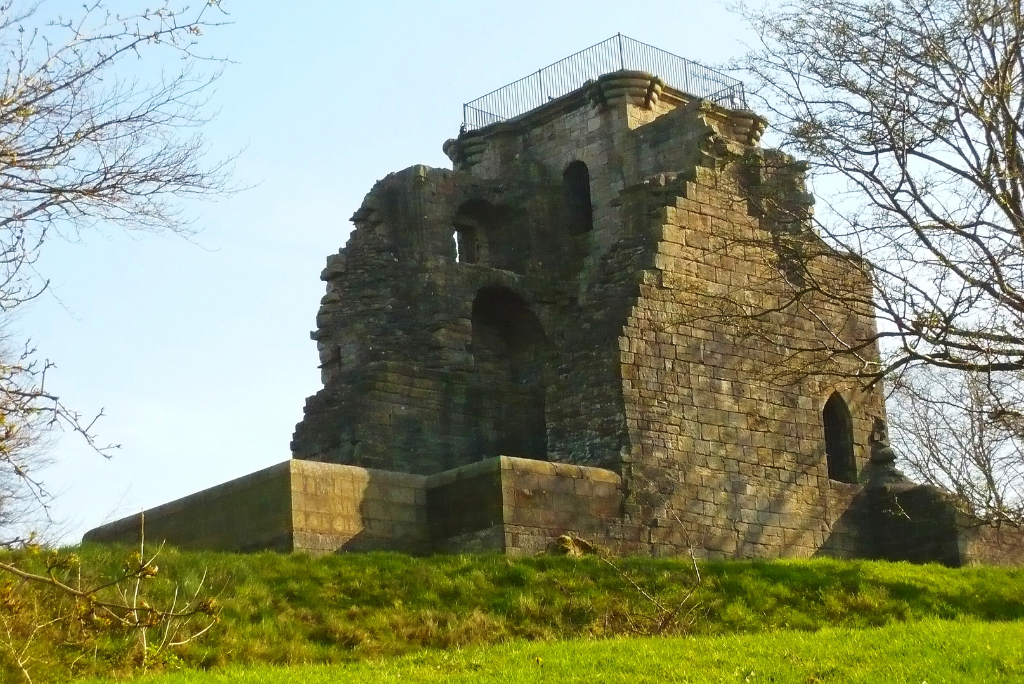 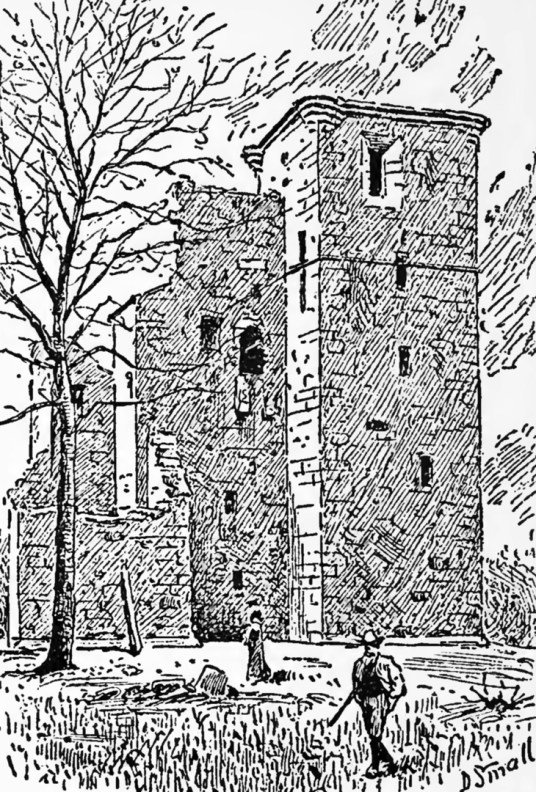 ‘Krukstoun’ is prominently marked on Pont’s map of Renfrew as a large tower, and is also on Blaeu. 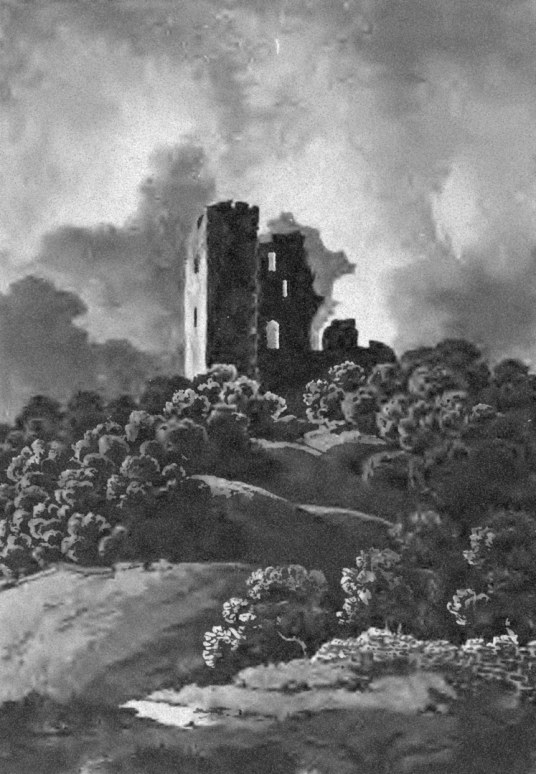 The lands belonged to Robert de Croc in the 12th century, passing by marriage in the 13th century to the Stewarts, and the present castle was built in the early 1400s, probably by Sir Alexander Stewart, who held Crookston from 1374 until 1406. During the rebellion of the Earl of Lennox in 1489, James IV bombarded the castle with the large cannon, Mons Meg (now to be seen on the battlements of Edinburgh Castle), leading to a quick surrender. The damage included the virtual destruction of two of the corner towers. The castle was seized in 1544 by the Regent Arran and Cardinal David Beaton while the Earl of Lennox was besieged in Glasgow Castle. 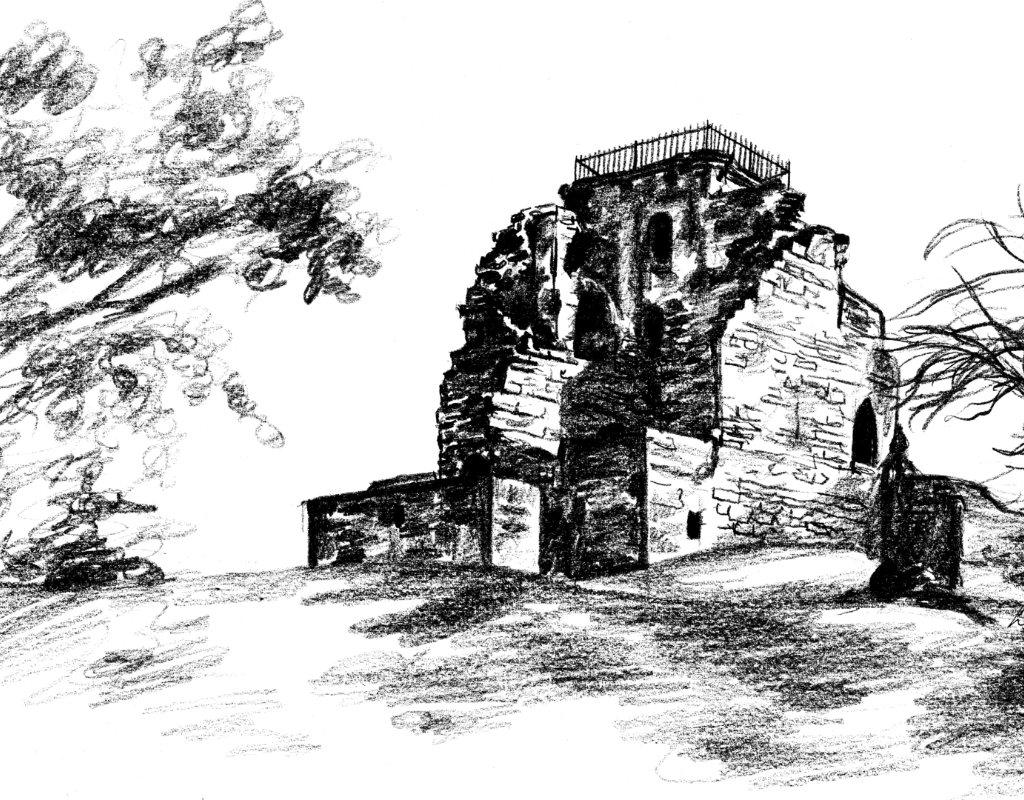 Crookston was held by Henry Stewart, Lord Darnley, second husband of Mary, Queen of Scots. They may have been betrothed here, rather than at Wemyss Castle, or have stayed here after their marriage. The property then passed through many families, including the Graham Dukes of Montrose, who in 1757 sold it to the Maxwells of Pollok. At Pollok House is a hand-made model of Crookston Castle, carved from a branch of the Crookston Yew under which Mary, Queen of Scots, is said to have pledged her troth to Henry Stewart, Lord Darnley. 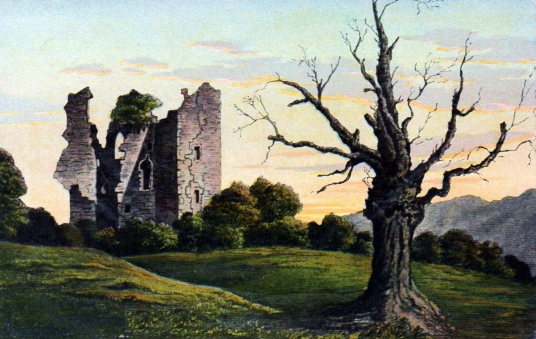 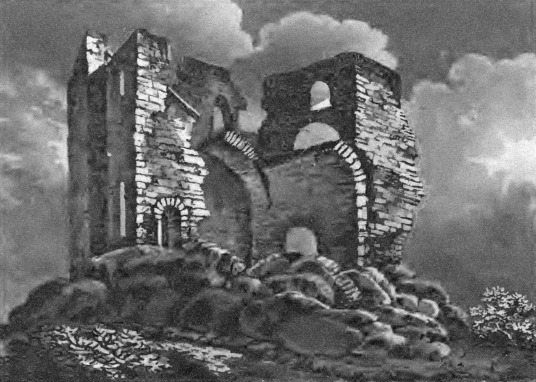 The castle became ruinous, but was partly restored in 1847 to commemorate Queen Victoria’s first visit to Glasgow. The north-east tower was used to spot enemy aircraft during the blitz during World War II. Crookston was gifted to The National Trust in 1931, and was their first property, although it is administered by HES.
There are fine views over Glasgow from the top of the tower.