Ayrshire: About 2 miles south and east of Largs, on minor road east of A78, in Kelburn Country Centre, at Kelburn Castle. 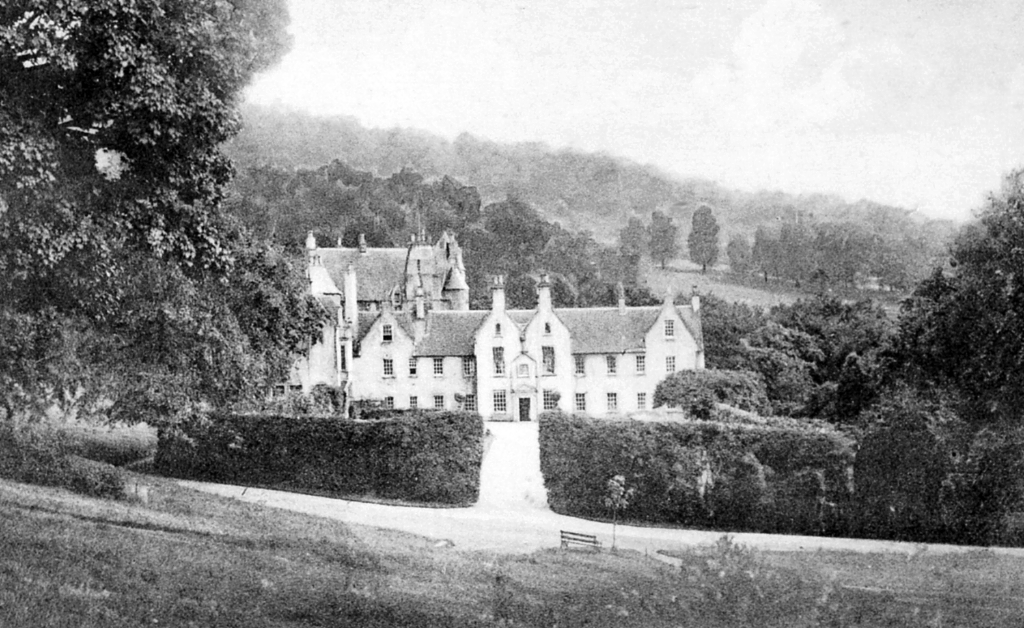 With fine views over the Clyde and set in park land, Kelburn Castle (often formerly  spelt Kelburne) is a tall 16th-century Z-plan tower house, to which has been added a large symmetrical mansion. Part of the building may date from the 12th or 13th century. 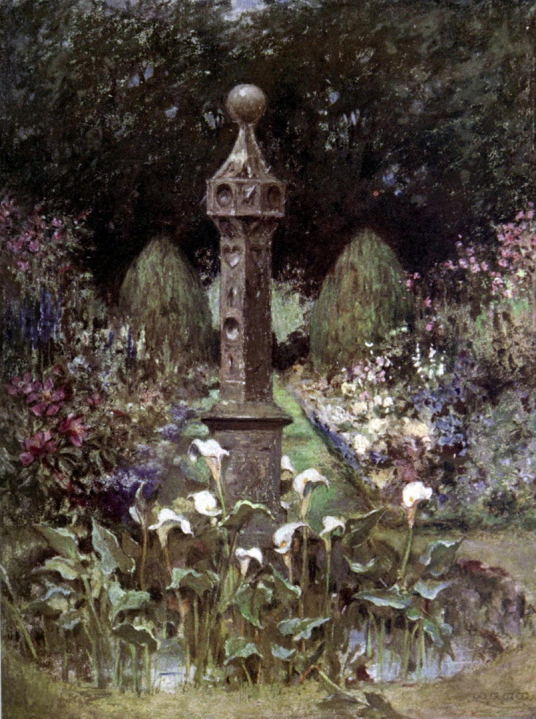 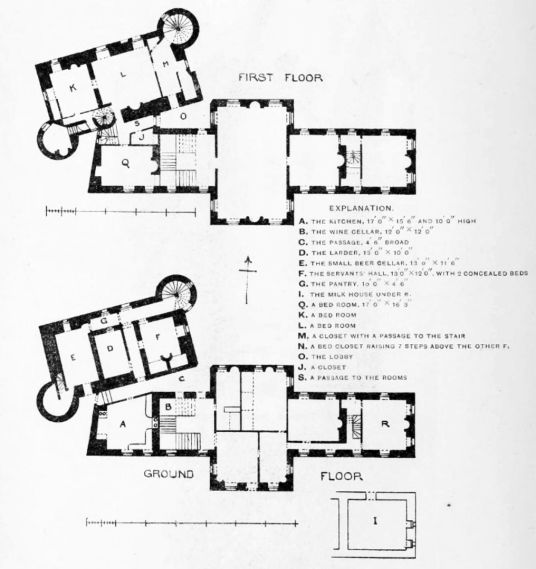 The tower, of four storeys and rectangular in plan, has round towers projecting at two corners, making it Z-plan. One round tower contains the main stair, and rises a storey higher than the main building to be capped by a conical-roofed watch-chamber. The castle is dated 1581. The castle was extended in 1700, 1722, and again in 1879 and 1890. The estate covers some 3,500 acres. 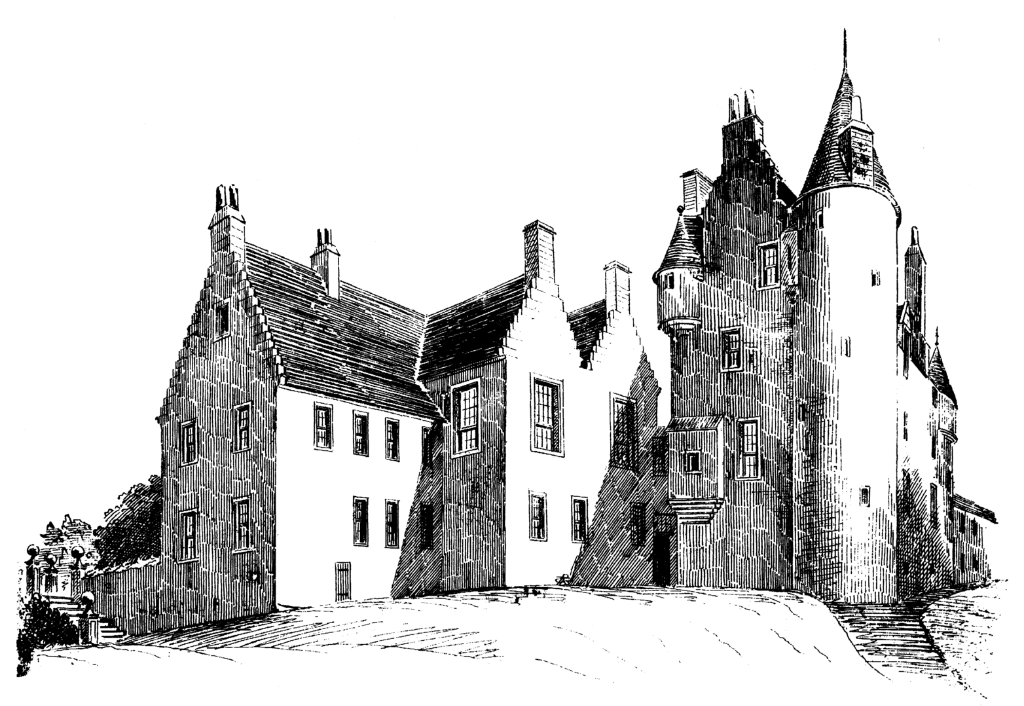 The original entrance is now a window. The basement was vaulted and contained the old kitchen. The house has been much altered inside, and contains fine 18th-century interior work. 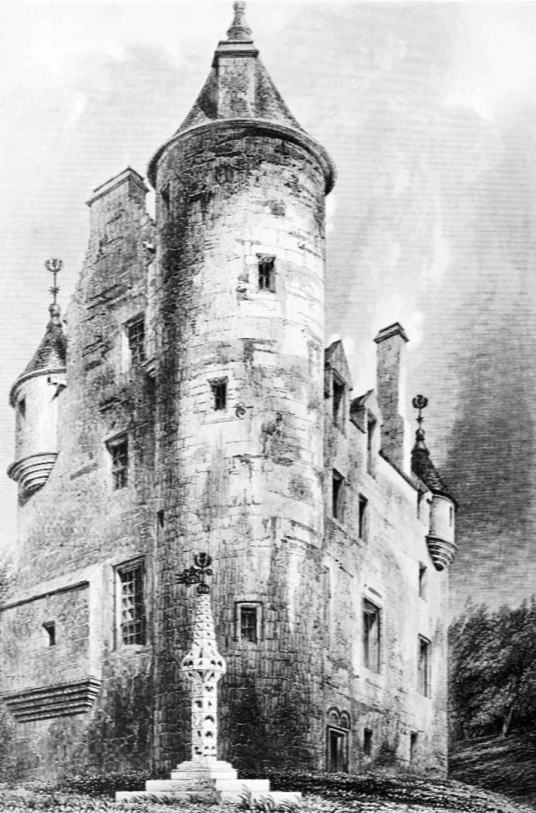 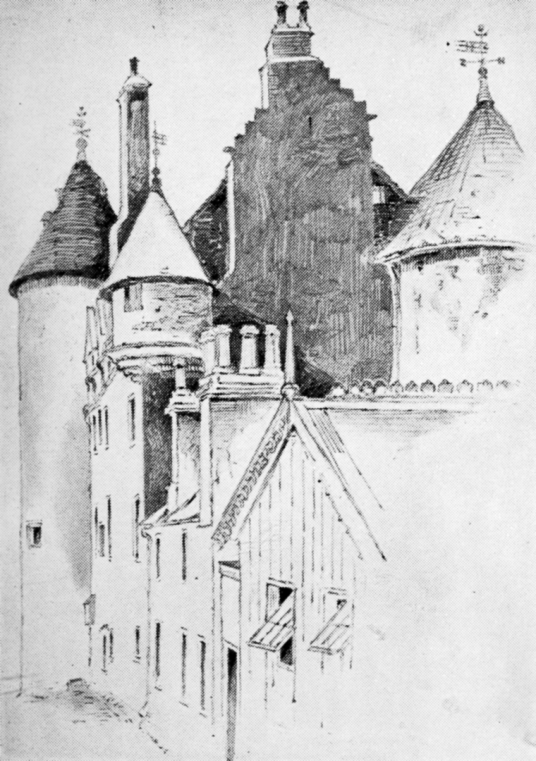 David Boyle of Kelburn was made Lord Boyle in 1699, and then Earl of Glasgow and Viscount Kelburn in 1703, as a reward for helping persuade reluctant Jacobites to agree to the Act of Union. The Boyles supported the government during the Jacobite Risings. David Boyle, 7th Earl of Glasgow, was Governor of New Zealand from 1892-97. 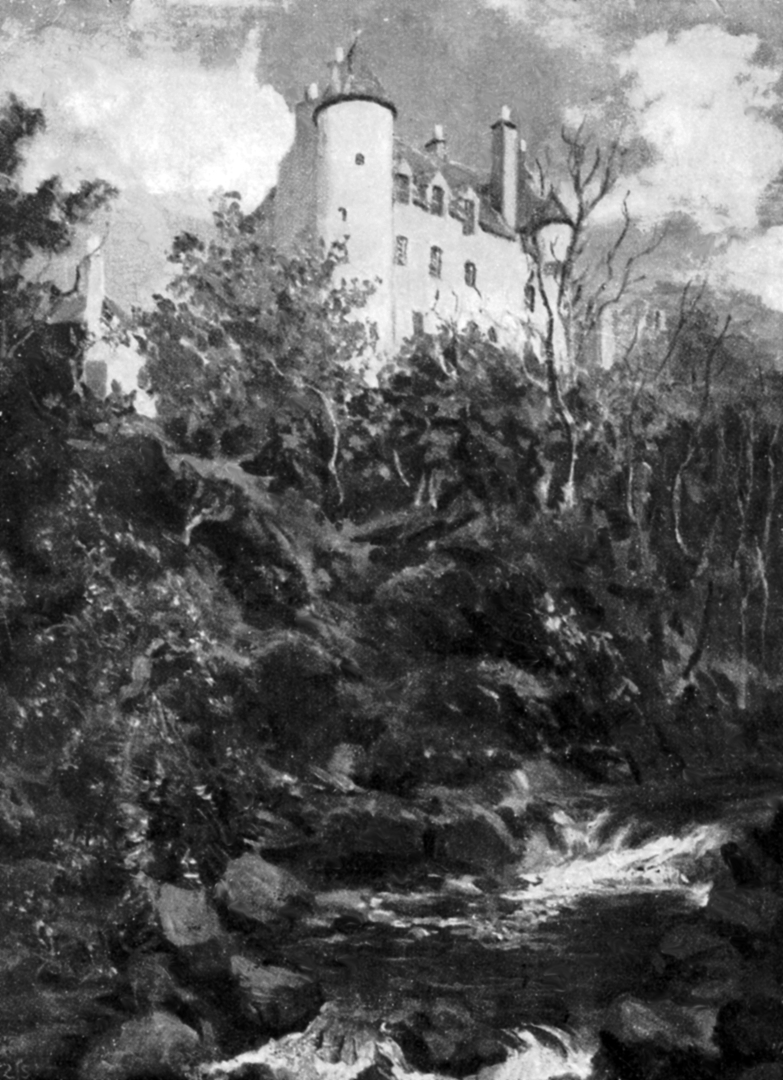 The family still occupy the castle, making Kelburn one of the oldest houses continuously occupied by the same family.
The grounds are open to the public as a Country Centre, established in 1977. There are walled gardens, containing rare shrubs and trees, as well as many unique historical and natural features.

Nestling in a richly-wooded gorge in the hillside, under the shelter of a ridge that rises abruptly behind it, and with luxurious pleasure-grounds sloping down to the Clyde, the baronial mansion of Kelburne occupies a site picturesque in no ordinary degree. Originally it resembled the neighbouring castle of Fairlie, now a ruin, the supposed residence of Hardyknute, the hero of the familiar ballad; but the Boyle family must have been gifted with aesthetic qualities, if we may judge by the charms with which their old home is now invested. As the voyager examines it from the sea, his attention is powerfully arrested by its scenic beauty; while the visitor to the valley looks out, through leafy glades, upon most exquisite views of the loveliest of all our British rivers. The place has belonged from time immemorial to the Boyles, who five hundred years ago held the office of coroner for the Largs district, but rose to still greater dignity when David, one of the Commissioners in promoting the Union, was created a peer in 1699. In that year he was made Lord Boyle of Kelburne, and in 1703 he became the Earl of Glasgow. The second wife of this nobleman was the daughter and heiress of the last Sir William Mure of Rowallan, and one of their children became mother of the fifth Earl of Loudoun. The third Earl of Glasgow, a brave soldier who was wounded at the battles of Fontenoy and Lawfeldt, is commemorated by a monument erected by his widow near the castle, in a romantic spot on the banks of the rivulet that runs through the ravine to the sea. This memorial consists of a female figure, in white marble, placed in a niche, and represents "Virtue lamenting the loss of one of her favourite sons." The fourth Earl was advanced in 18 15 to the honour of a British peerage by the title of Lord Ross of Hawkhead; his first wife was a daughter of the Earl of Errol, and his second a daughter of Sir John Sinclair of Ulbster, Bart. The present earl, whose wife is a daughter of the third Lord Abercromby, is the founder of the Episcopal college at Millport, and is distinguished not less for his benevolent and many amiable qualities than for his love of literature and earnest desire to further the interests of religion. Pont's description of the castle as "a goodly building, well planted, having very beautiful orchards and gardens," is still more applicable to it to-day than it was before Earl David enlarged the place to make it more suitable to the dignity to which his sovereign had promoted him. In the Baronial and Ecclesiastical Antiquities of Scotland, Billings refers specially to Kelburne Castle as having "the only ancient metallic termination to the turret" which he had met with, and nationality of Scotch architecture "distinctly finishing personality and alludes to the fact that it shows the the speaks also with admiration of " the ingeniously ornamented sun-dial, where every inch of surface crest by is made to tell the story of time under every possible contortion of form and position, and where its pinnacle, by a series of gnomes, imitates the crocketting of Gothic architecture." The Boyles of Kelburne have frequently represented their district in Parliament. John Boyle of Kelburne was Member for Buteshire from 1678 till 1685, and his brother James represented Irvine in the Convention of Estates from 1681 till 1686. David Boyle, son of this Member for Buteshire, succeeded his father in that office in 1689, and continued in it till he was created Lord Boyle in 1699. David Boyle of Maress, grandson of the second Earl, and afterwards Lord President of the Court of Session, was Member for Ayrshire from 1807 till 181 1 ; and the late Earl of Glasgow (1792- 1869) held the same honourable position from 1839 until he succeeded to the peerage in 1843.