Borders: About 1 mile north-west of Cockburnspath, at Dunglass, on minor road east of the A1, south of the Dunglass Burn, near Dunglass Collegiate Church, at site of Dunglass Castle and Dunglass House. 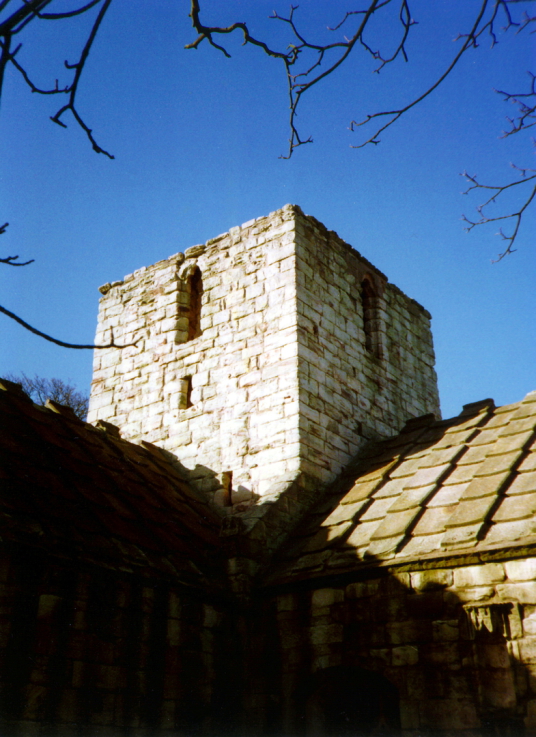 Dunglass Castle was a strong 14th-century fortress, that was replaced by a mansion in around 1800. ‘Dunglas' is prominently marked on Blaeu’s Atlas map of the Lothians, and ‘Dunglasse’ is marked on Adair's map of East Lothian, and is shown in a walled and wooded enclosure.
Dunglass was held by the Pepdies of Dunglass, but passed by marriage to the Homes at the beginning of the 14th century. Sir Alexander Home of Dunglass was captured at the Battle of Homildon Hill in 1402, and was killed fighting the English in France in 1424. James IV attended services at Dunglass Collegiate Church and probably visited the castle. 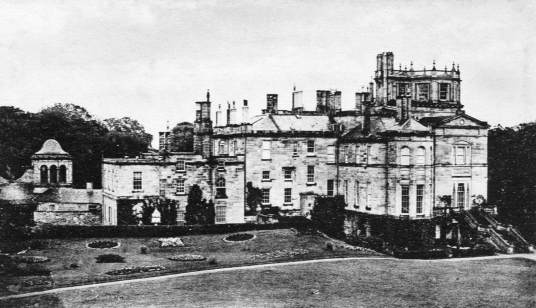 James VI stayed at Dunglass in 1603 on how way south to claim the English crown, then Charles I in 1633 before his coronation. Alexander Home, 6th Lord Home, was made Lord Dunglass in 1605 (and Earl of Home that same year), the lordship is still held by the Earls of Home and is used by the earl's heir.

The castle was blown up in 1640. One story is that apparently an English servant was so angered by insults directed against his countrymen that he ignited the castle’s store of gunpowder, although a contemporary document refers to the incident as an accident. The explosion killed Thomas Hamilton, Earl of Haddington, his brother Robert Hamilton, his son Master Patrick Hamilton, Sir John Hamilton of Redhouse, and others.  James Home, Earl of Home, was awarded reparations for the ruining of his house, yards, dykes and planting to the sum of £40,133.

The lands passed in 1680 to Sir John Hall of Dunglas, who was made a baronet of Nova Scotia in 1687, and was Lord Provost of Edinburgh in 1689 and 1692; he also owned Craigcrook Castle in Edinburgh. Sir James Hall of Dunglass, 4th baronet, who died in 1832, was an eminent geologist and was President of the Royal Society of Edinburgh. Dunglass House, the successor of the castle and a large rambling baronial mansion of two and three storeys, was completed in 1813. The building was used to house the senior school of Donaldson's Hospital during World War II. The house had a fine 'romantic' interior but was gutted by fire in 1947 and then later demolished, and a new smaller house was built on this site in the late 1950s.

The property had been sold to the Ushers in 1919, who made their money from whisky blending and donated money for the building of the Usher Hall in Edinburgh. and they still own the estate. The Halls of Dunglass, baronets, continue, although they now apparently live in Derbyshire. 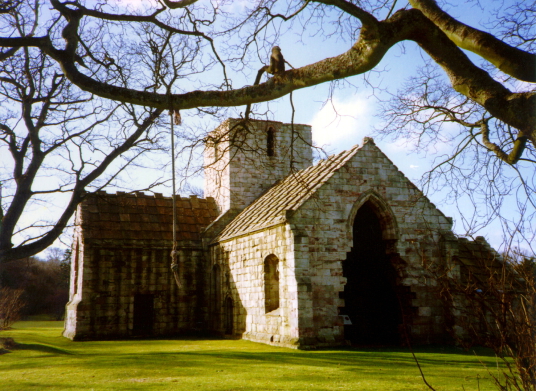 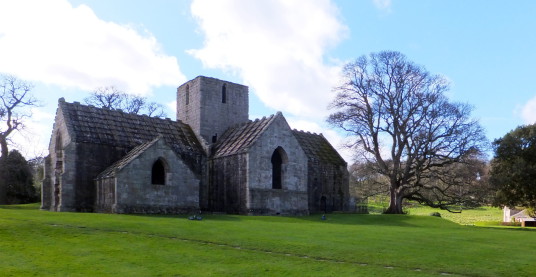 Dunglass Collegiate Church [NT 767719], near the site of the castle, is a fine and substantial cross-shaped church, dedicated to St Mary and founded about 1450 as a college of canons by Sir Alexander Home. Although now ruinous, it has a stone vaulted ceiling, central tower, and stone-slabbed roof and some good stone carving as well as consecration crosses. The Halls of Dunglass have a burial vault in the church, and there are also memorials to the Ushers.

James IV attended services in the church. The church was held against the English in 1544, but by the 18th century was being used as a coachhouse and stable after the property had passed to the Halls. 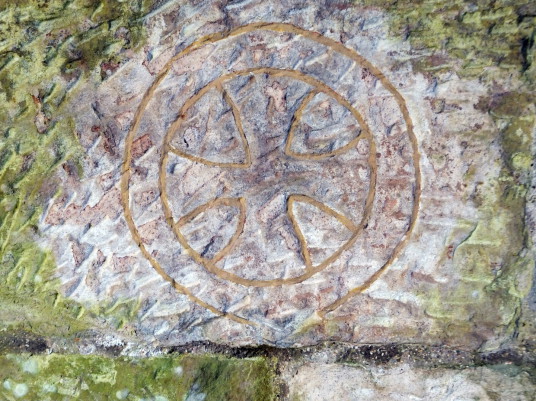 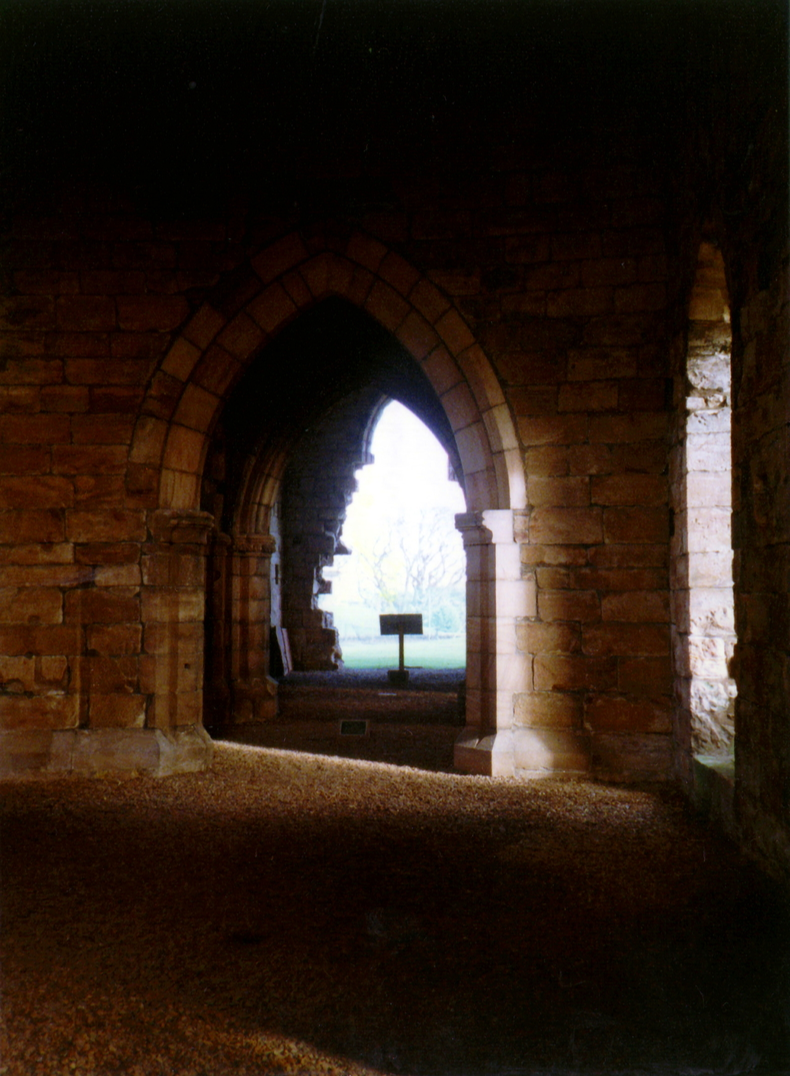 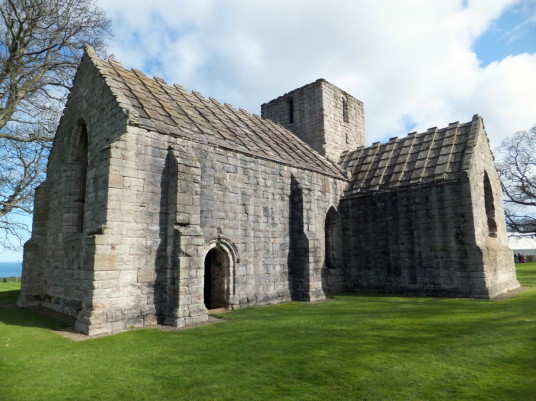 A fort, to the south-west, was occupied by the English during the invasion of 1547-50.