Stirling & Clackmannanshire: In Stirling, on minor roads west or south of A9, head of Castle Wynd, near Stirling Castle, at Mar’s Wark. 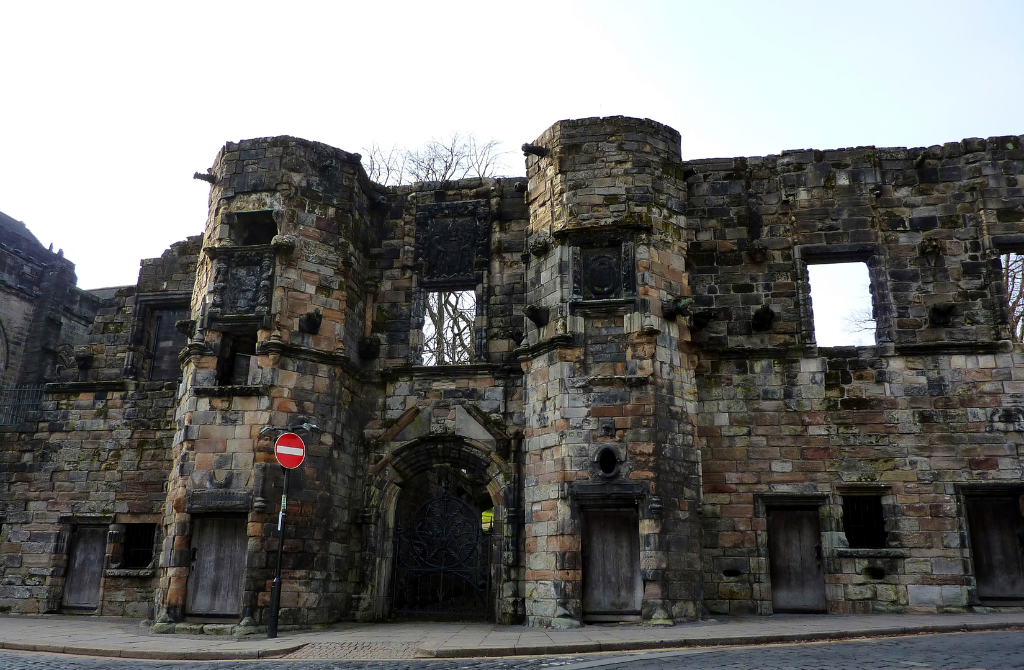 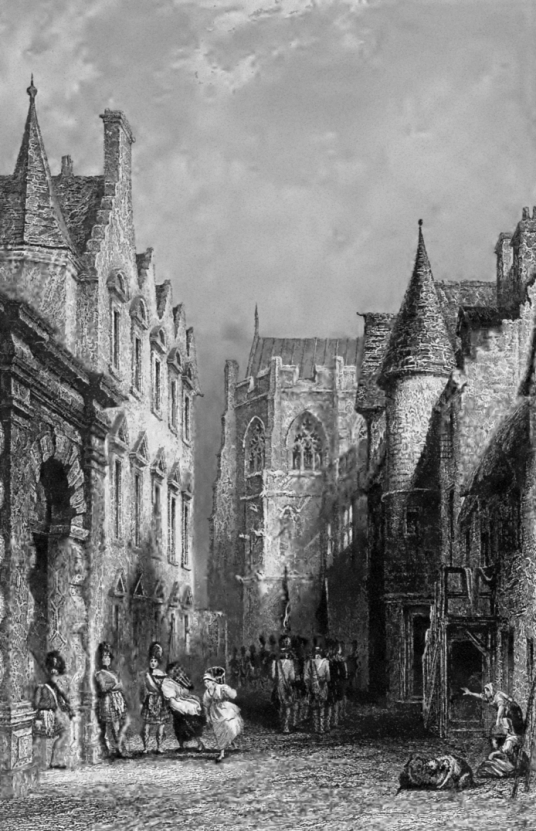 Mar’s Work (or Lodging before this) is a ruinous Renaissance-style mansion of two storeys, which was built in 1570. The fine facade survives with a gatehouse adorned with sculptures and with matching semi-polygonal towers flanking the entrance. There is much other carving, statues, coats of arms and embellishment, and there are many inscriptions on the exterior of the building. It is thought that Mar's Wark was never finished as first intended. 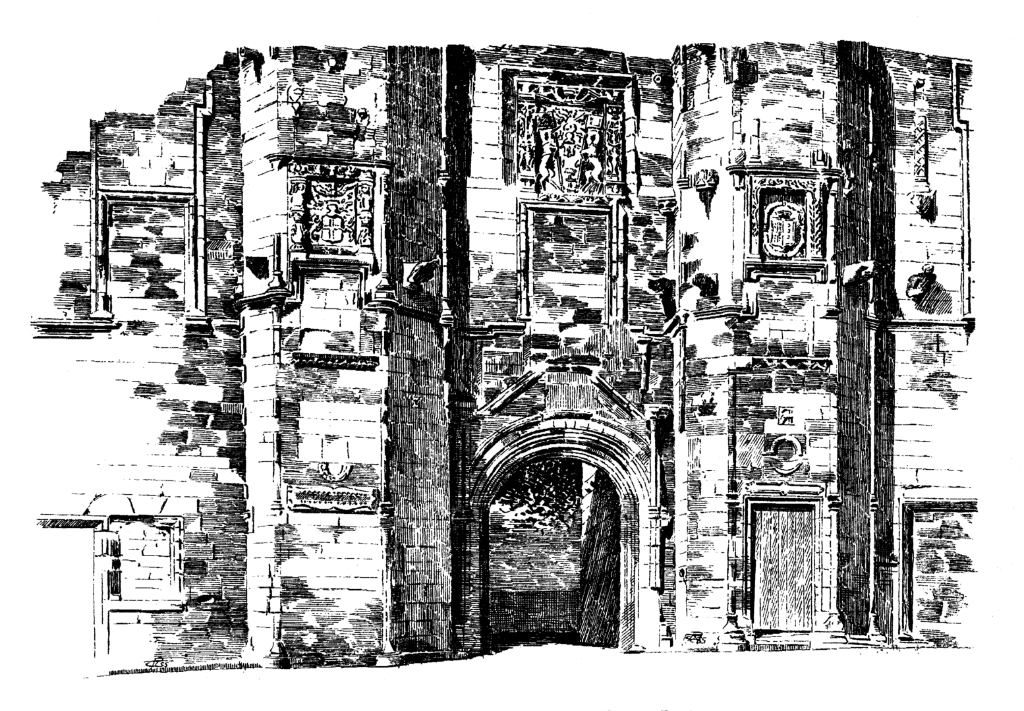 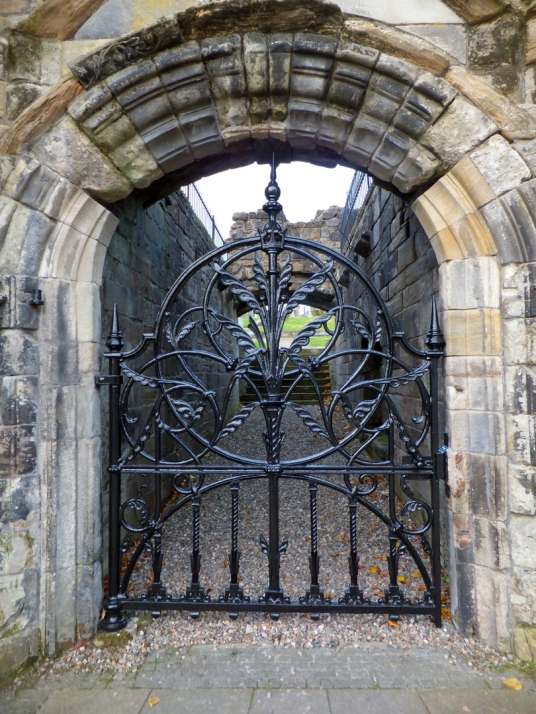 The house was built by John Erskine, 1st Earl of Mar, Regent of Scotland during the minority of James VI and hereditary keeper of Stirling Castle. Mar died within a year of becoming Regent, and his widow occupied the lodging until her death. James VI and Anne of Denmark stayed here in 1593. 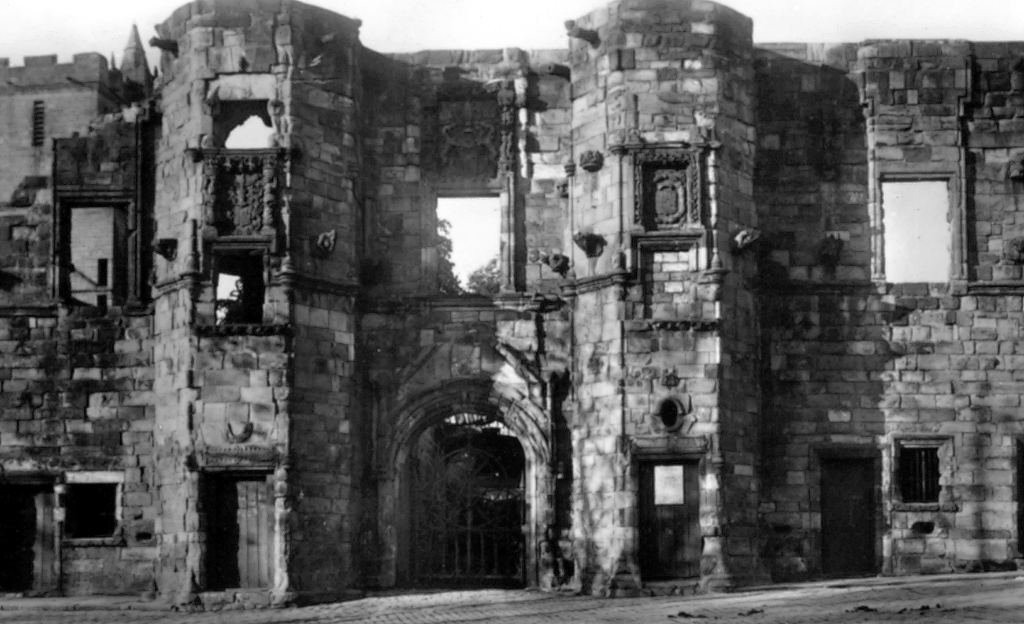 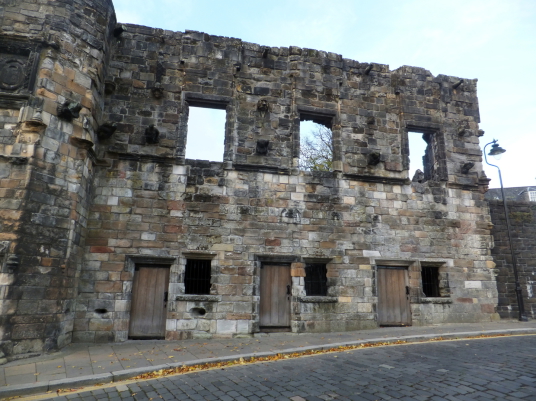 The Earls of Mar used the mansion until ‘Bobbing’ John Erskine, 6th Earl of Mar, fled Scotland after leading the 1715-16 Jacobite Rising. The building was converted into a barracks and then was used as a work house (and the name was changed to Mar's Wark at this time), but was damaged by cannon during the 1745-6 Jacobite Rising and was not used afterwards. 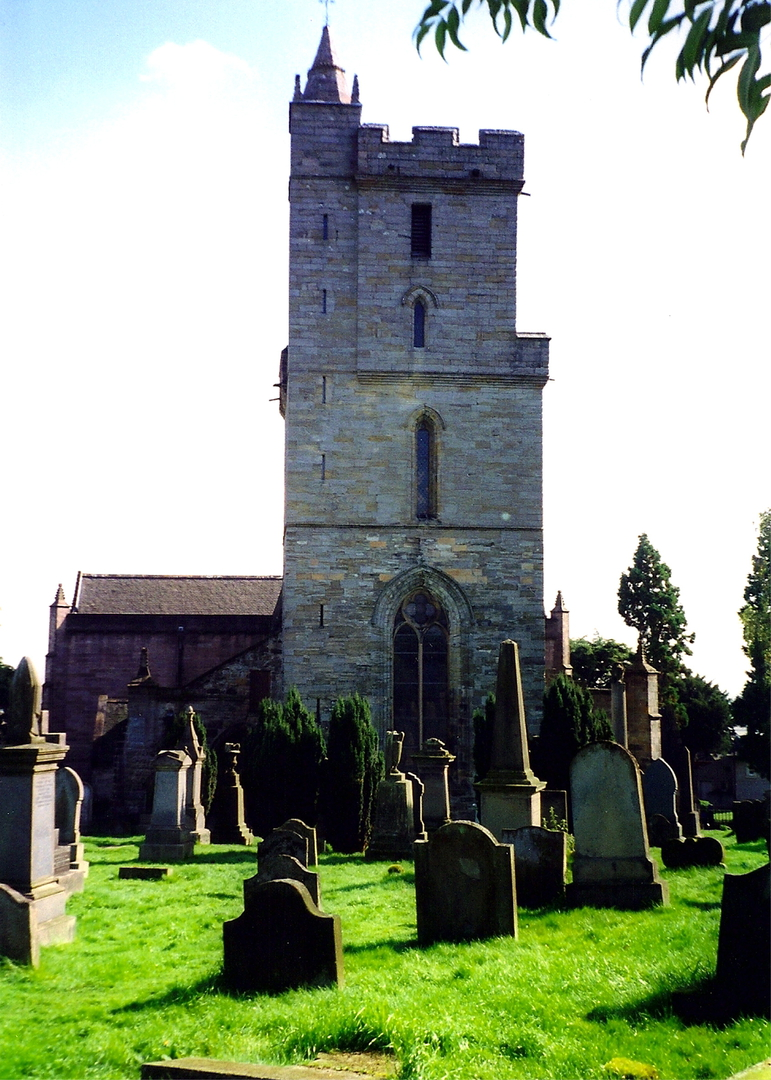 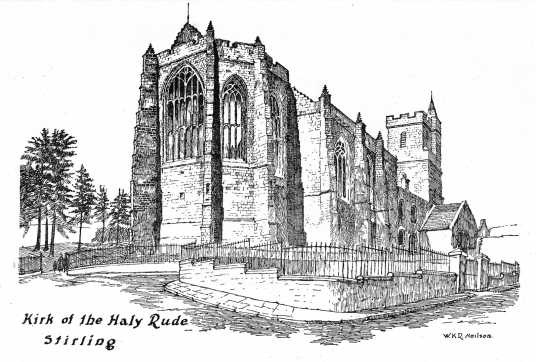 Nearby is the Church of the Holy Rude [NS 793937], a fine church, built in the 16th and 17th centuries, and used for the Coronation of James VI in 1567, at which John Knox preached. Other Scottish monarchs worshipped here, including Mary, Queen of Scots. The church has a medieval nave, and the choir and apse were added in 1555. Still used as a parish church, the building has a magnificent pipe organ and fine stained glass windows. There is a historic churchyard with many interesting memorial and excellent views of Stirling Castle. Argyll’s Lodging and Cowane’s Hospital are also both nearby.