Stirling & Clackmannanshire: About 0.5 miles north-east of Killin, on minor road east of A827, at  west end of Loch Tay, east of the River Lochay, at Finlarig Castle.

OPEN: Access at all reasonable times: view from exterior as dangerously ruined. 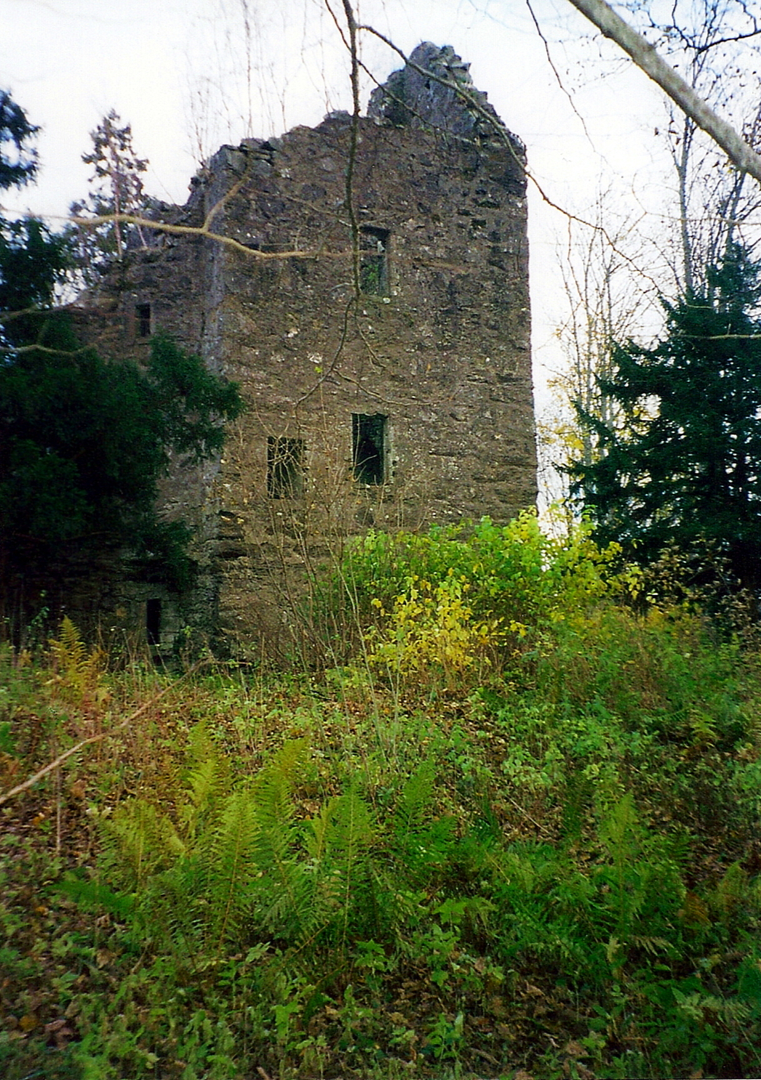 Substantial remains survive of Finlarig Castle, an overgrown 17th-century Z-plan tower house of three storeys, in an atmospheric wooded location. A ruined square tower with shot-holes survives, along with a larger rectangular block, although another tower has been demolished. A passage leads past two vaulted cellars to the kitchen. 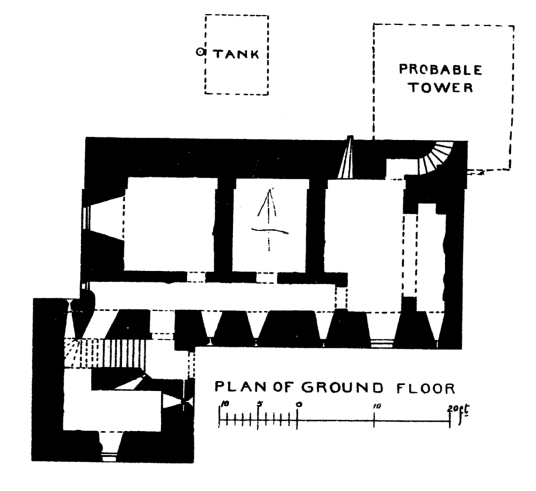 There was an armorial panel over the entrance with the date 1609. ‘Finlarig’ is depicted on Pont’s map of Loch Tay as a tower. 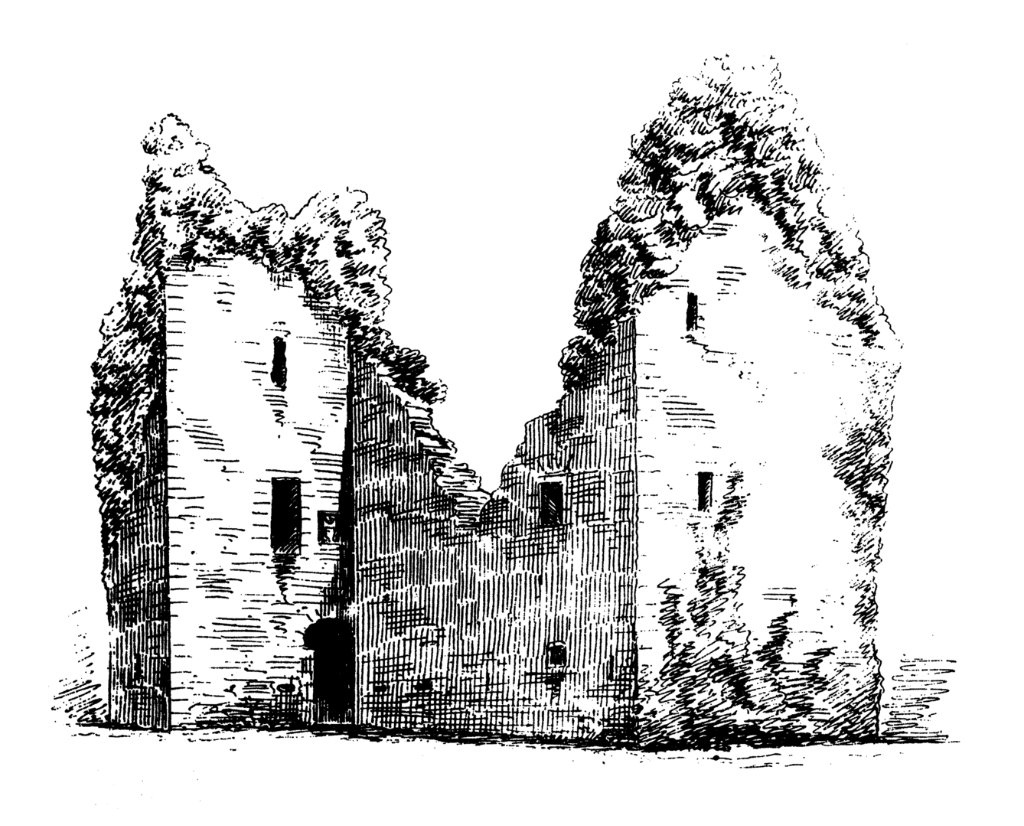 The lands were held by the Menzies family, but the castle was built in 1621-9 by the Campbell ‘Black Duncan of the Cowl’ or ‘Black Duncan of the Castles’. In 1645 an Ordinance anent the garrison houses for the Highland regiment mentions the house of Finlarig. Parliament was summoned to appear here in 1651, but only three members turned up. Rob Roy MacGregor visited about 1713. 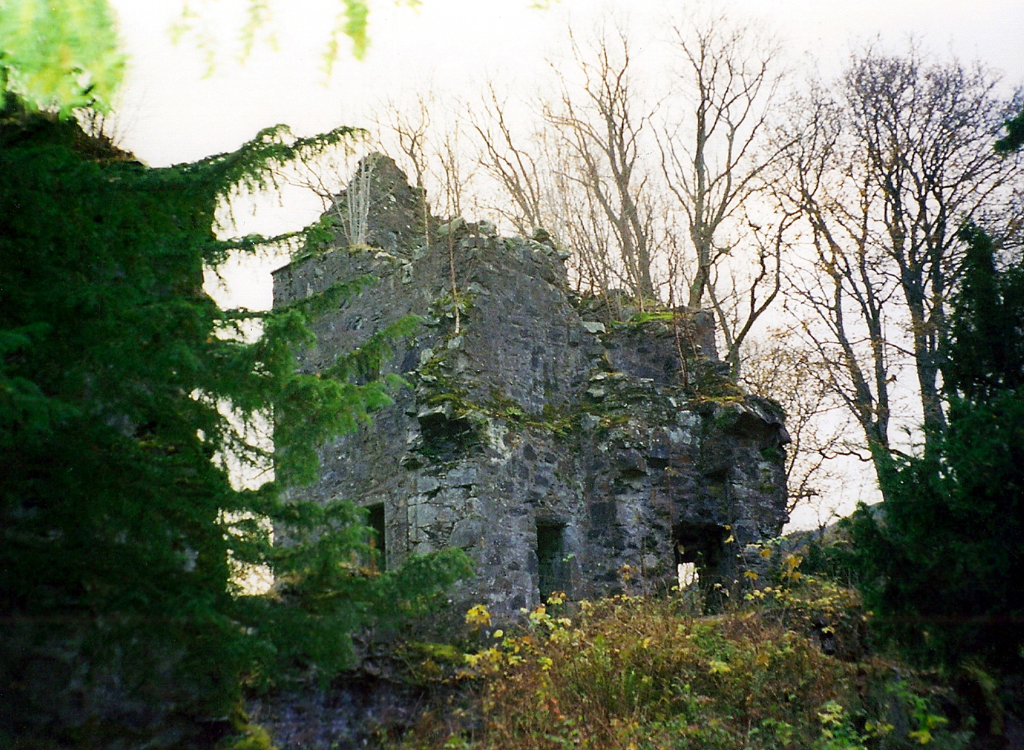 Close by is said to be a beheading pit, containing a block and a sunken cavity for the head. Noble folk were executed in the pit, while the common people were hanged on a neighbouring oak tree. The pit may in fact be a water collection tank – but this does not make such a good story. This branch of the family became Earls of Breadalbane. 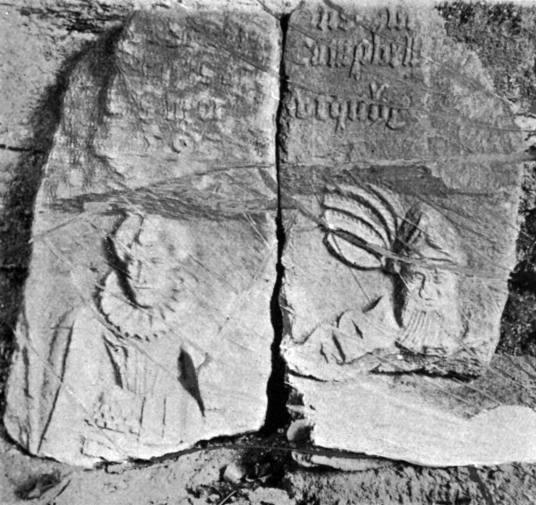 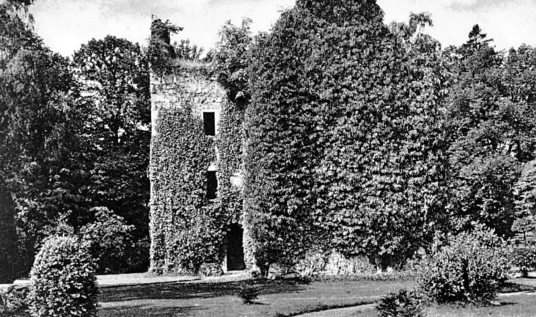 There are the remains of a derelict mausoleum close by, which was the burial place of the Campbells of Breadalbane, and there was probably originally a chapel here, dedicated to the Virgin Mary. The two gravestones are for Sir Gavin Campbell, 17th of Glenorchy, who died in 1922, and his wife Alma Graham, who died in 1932.