Borders: About 1 mile south-east of Hawick, on minor roads west of A6088 or east of B6399, to the east of Ormiston House.

Site of a strong 15th-century castle, some remains of which survived in the middle of the 18th century. Cocklaw is not marked on Blaeu’s map of Teviotdale, although ‘Ormrstoun’ is. The stronghold was also known as Ormiston Castle (one of three in the Borders). A tower is shown on Pont’s map.
This was a property of the Hays, the Douglases and then of the Gladstones in the 14th century. The castle was besieged by Henry ‘Hotspur’ Percy in 1403, after the Battle of Homildon Hill, the events recounted in the Scotichronicon by Walter Bower. In fact, Percy may only have made the foray into Scotland to get the Douglases to aid him against the English king Henry IV, but Cocklaw Castle was held against him. Siege engines were used against the tower, but it held out. The English withdrew and Hotspur, with the Earl of Douglas, was defeated at the Battle of Shrewsbury. A hoard of coins was found near the site of castle.
In 1482 the castle was ordered in legislation to be garrisoned with 20 men of war. This was a property of the Gladstones in the 16th and early 17th centuries, and in 1561 John Gladstone of Cocklaw was accused of the slaughter of two men, near Peebles. Members of the family were buried at Cavers [NT 5440166] (now in the grounds of Cavers House), where there are some interesting old burial markers. The church, which was dedicated to St Cuthbert and dates mostly from the 17th century, had an aisle for the Gladstones, but this was demolished in the 18th century.
The lands may have gone to the Kerrs of Cessford towards the beginning of the 17th century, although this may be a confusion. 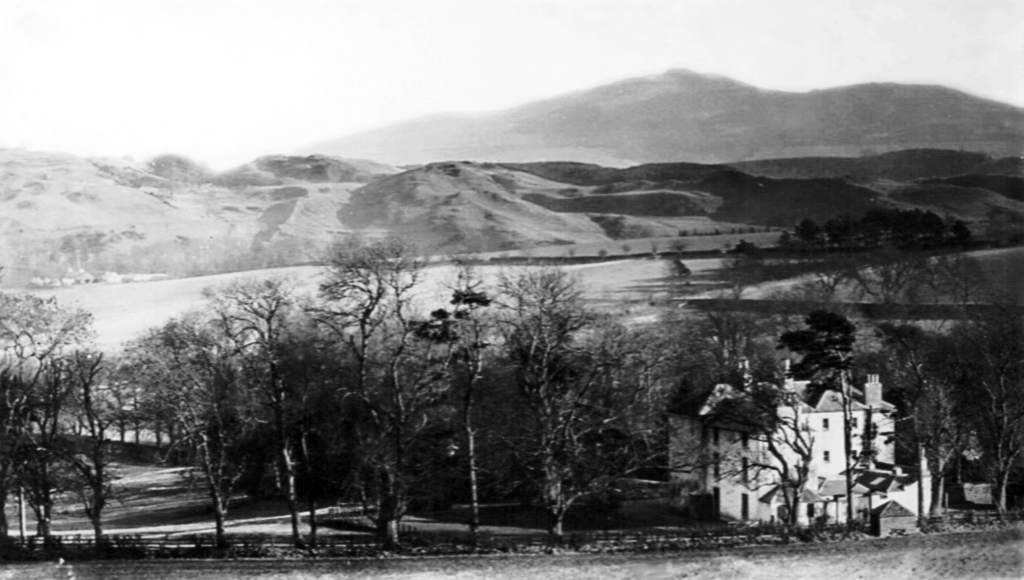 Cocklaw (or the Ormiston portion of it) passed, possibly by marriage, to the Elliots and they built nearby Ormiston House in the middle of the 18th century. Walter Elliot of Ormiston founded a carpet manufacturing business in Hawick, and James Elliot of Ormiston died in 1782. Ormiston House is a compact three storey white-washed mansion, dating from 1748 and recently on the market with about three acres of ground for £540,000. The site of Cocklaw Castle is in the grounds.