Castle Menzies is a large and imposing old tower house in a picturesque mountainous location, long held by the Menzies clan and with many period rooms to explore, near Aberfeldy in Perthshire in the Highlands of Scotland. 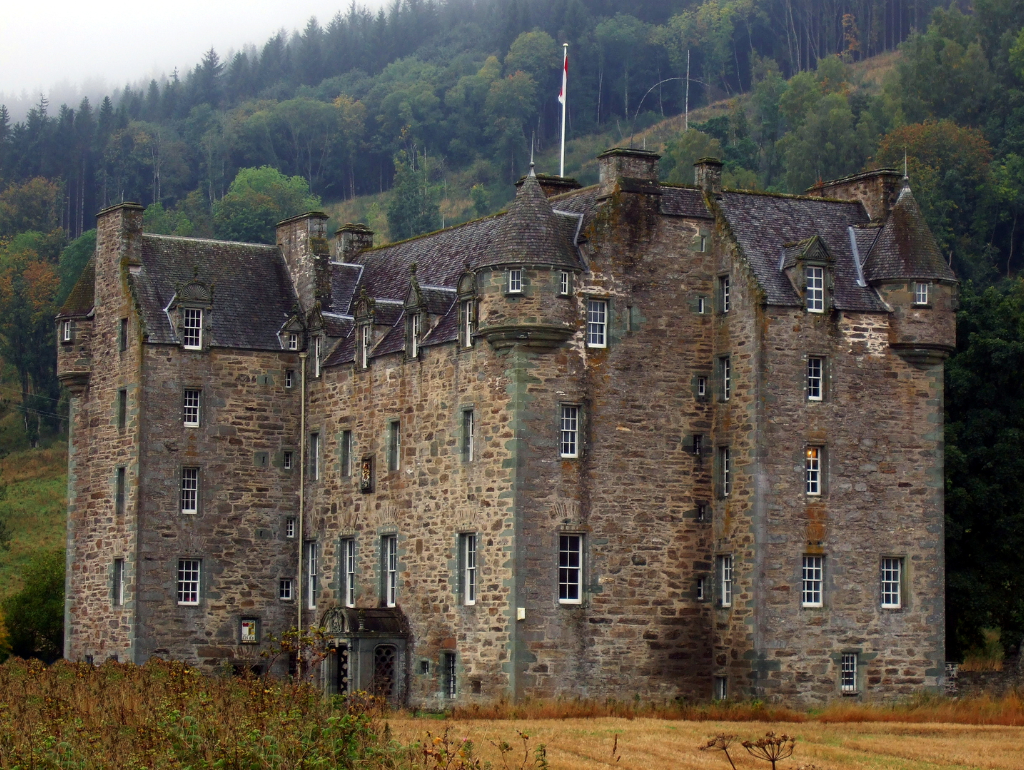 Perthshire: About 1.5 miles west and north of Aberfeldy, on minor road just north of B846, 0.5 miles north of River Tay, at Castle Menzies. 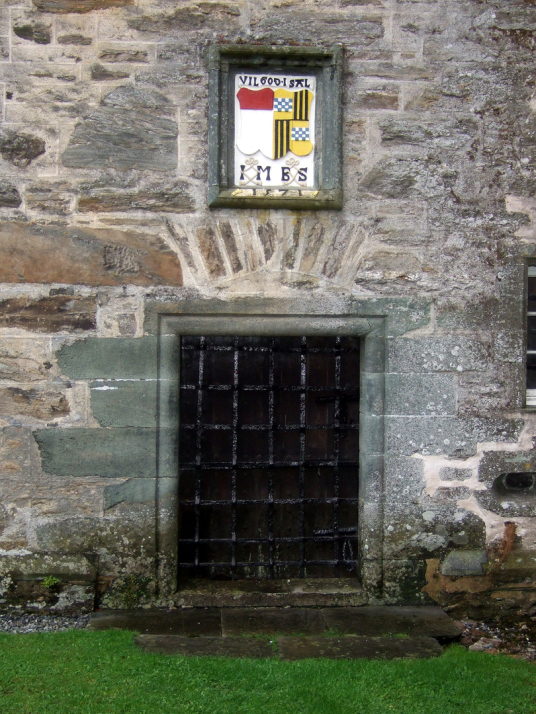 A grand and substantial building in a picturesque location, Castle Menzies (pronounced ‘Mingiz’) is an altered and extended 16th-century tower house. It consists of a large main block of three storeys and an attic, with two square towers of five storeys, projecting at opposite corners, making it Z-plan. Round bartizans crown corners of the building, and the walls are pierced by many shot holes. 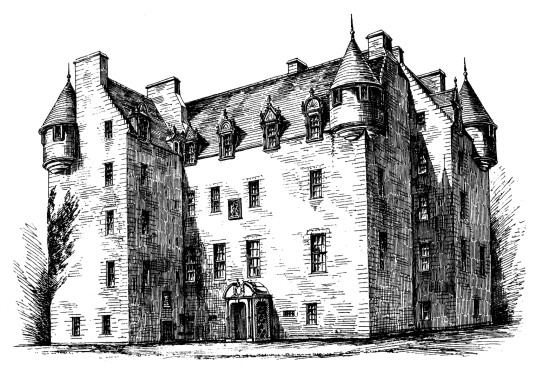 There was an extension in the 18th century, which involved the remodelling of the building with a new grand stair, and a large baronial wing was added in 1840, designed by the architect William Burn. The 18th-century extension was demolished in the 20th century because of problems with damp. 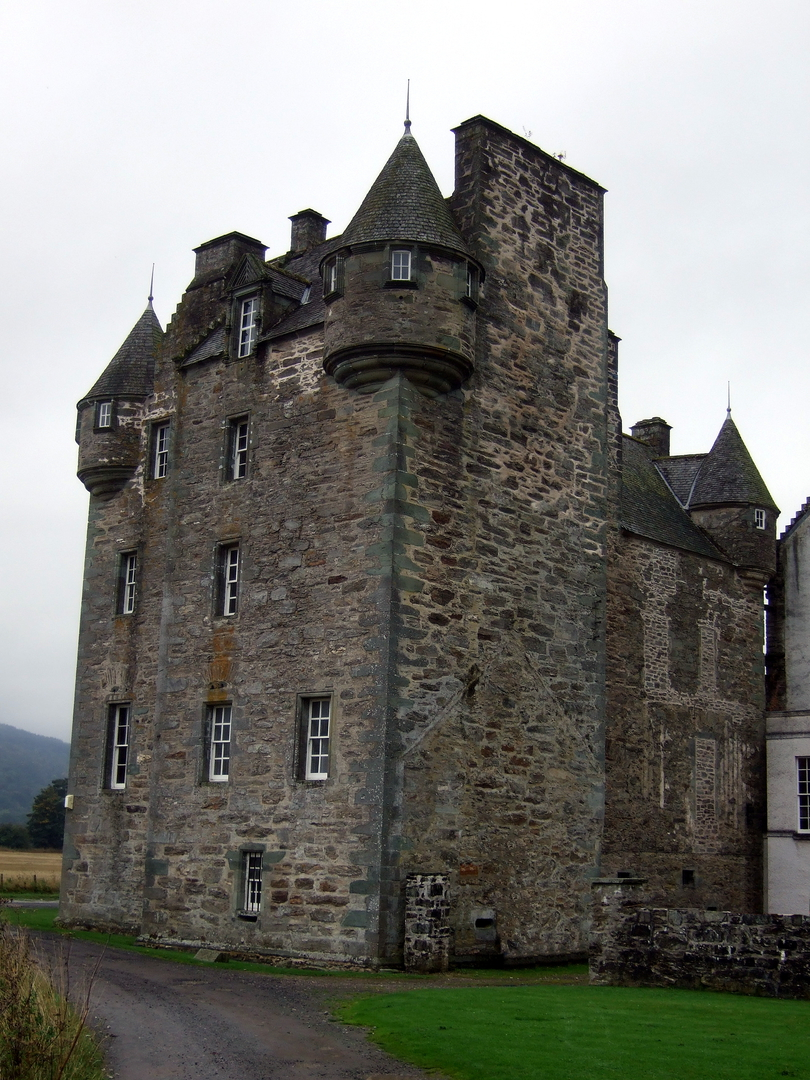 The castle stood in landscaped grounds, with many specimen trees, but this has mostly gone although the walled garden is being restored. ‘Weemh’ is prominently marked on Pont‘s map, and is depicted as a massive tower of four storeys with towers at the corners and bartizans. It is shown in an enclosed park with wooded policies and gardens or orchards. 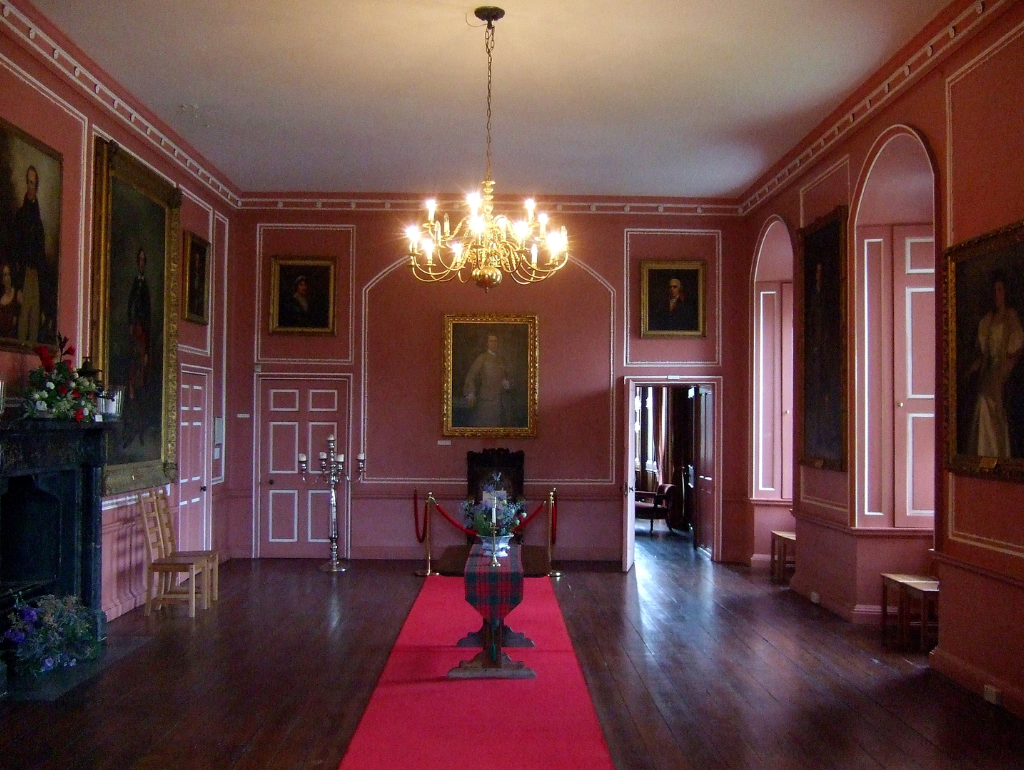 The basement of the castle is vaulted, and the hall is on the first floor. A wide turnpike stair in one tower leads to all floors, and the original entrance has an iron yett. There is some fine wooden panelling as well as old plaster ceilings. The hall is a large chamber, and there are many rooms in the towers and the floors above. 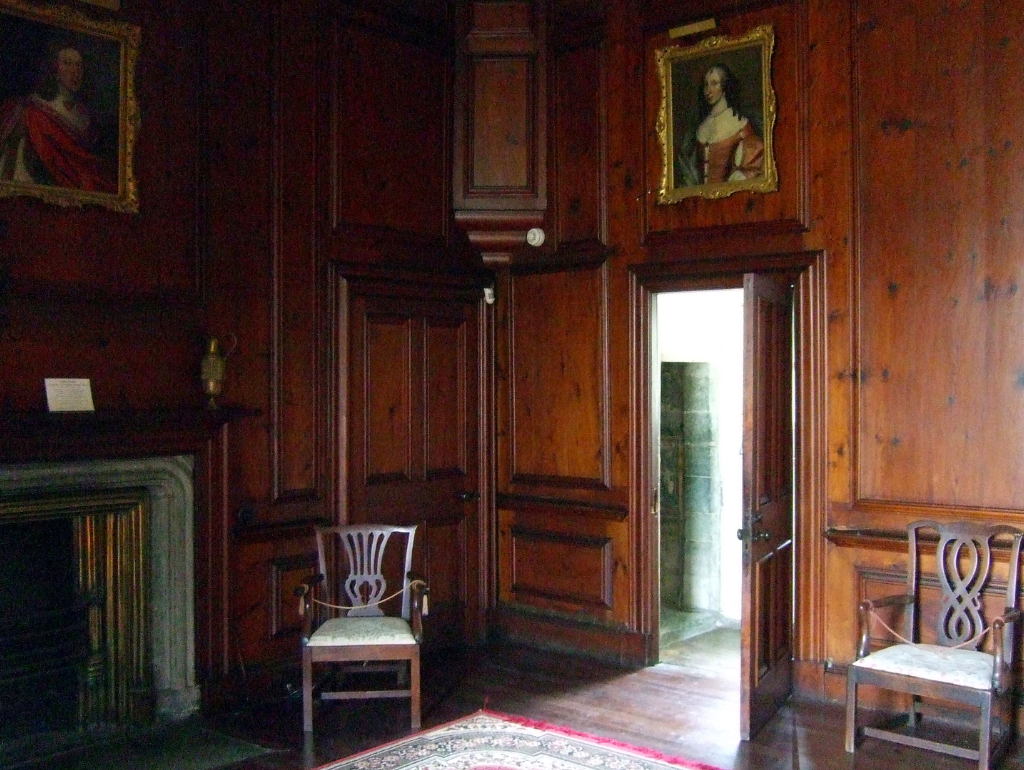 This was a property of the Menzies family. Their original castle was at Comrie, but this was burnt in 1487, and Sir Robert Menzies built a new stronghold, called the Place of Weem, near or at the site of the present castle. 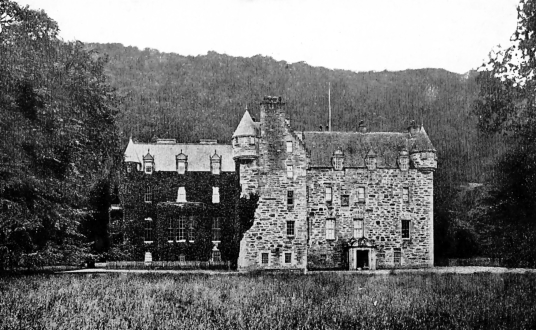 In 1502 this building in turn was burned by Neil Stewart of Garth, who imprisoned Robert Menzies in the dungeon at Garth, until he signed away some of his lands. Stewart was convinced that the lands were his as part of a dowry settlement, but the case was found against him and he was forced to make restitution. 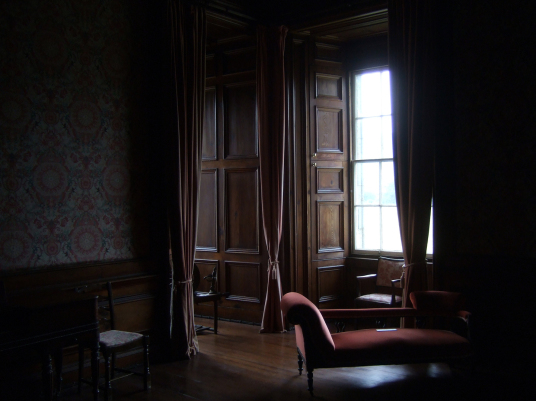 The Menzies clan fought against the Marquis of Montrose, and Alexander the then chief, although 80 years of age, died after a skirmish, while his son, another Alexander, was slain at the Battle of Inverlochy in 1645. 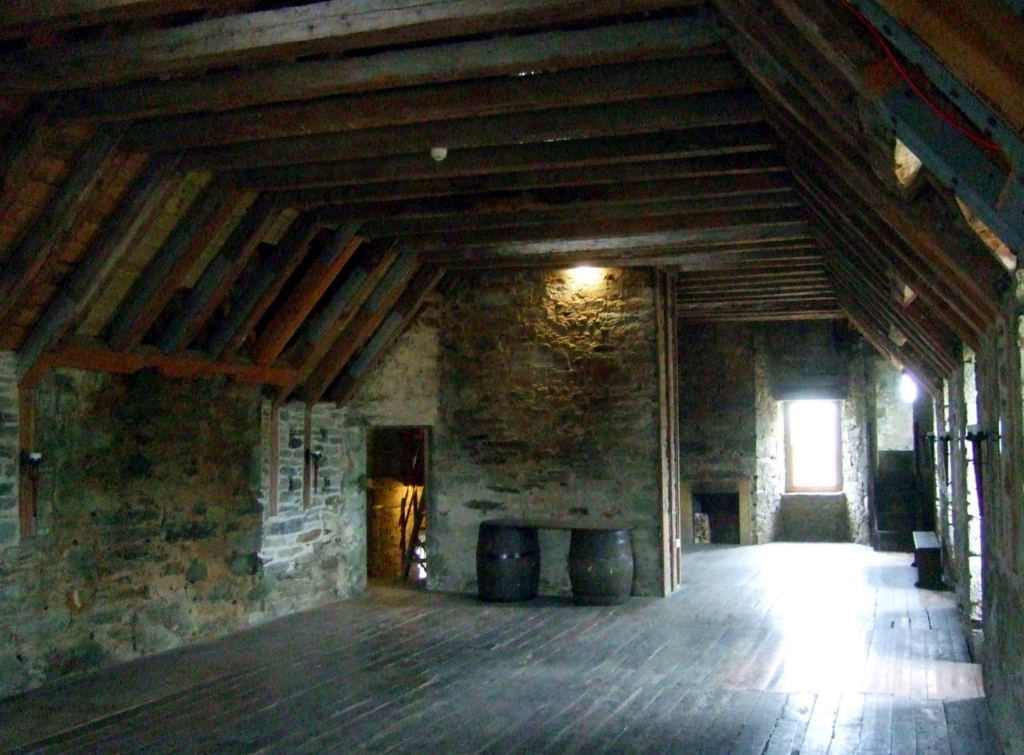 The castle was occupied by Cromwell’s force, under General Monck, in the 1650s, but the family were made baronets of Nova Scotia in 1665. The chiefs did not support the Jacobite Risings, and the castle was captured and occupied by Jacobites in 1715. 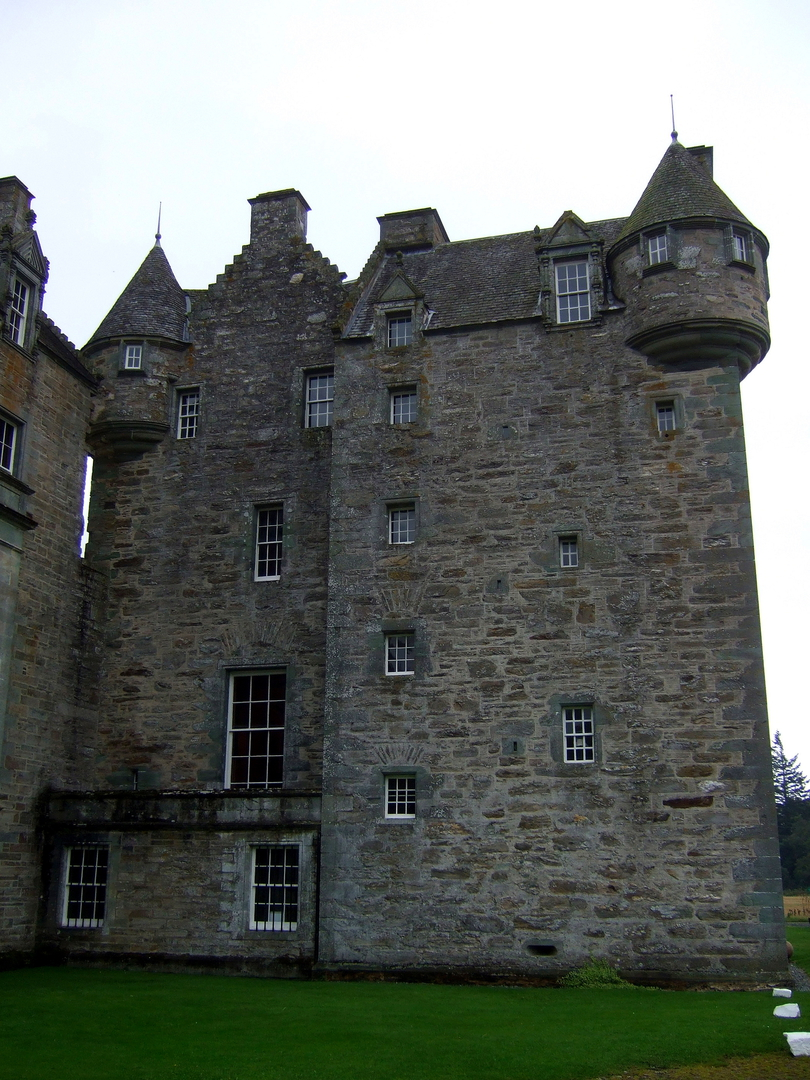 Bonnie Prince Charlie stayed here for two nights in 1746, but four days later the family were thrown out and the castle was taken by Hanoverian forces, led by the Duke of Cumberland, the butcher of Culloden. The chiefs again did not support the Rising, but many of the clan, including their leader Archibald Menzies of Shian, were killed at Culloden in 1746. 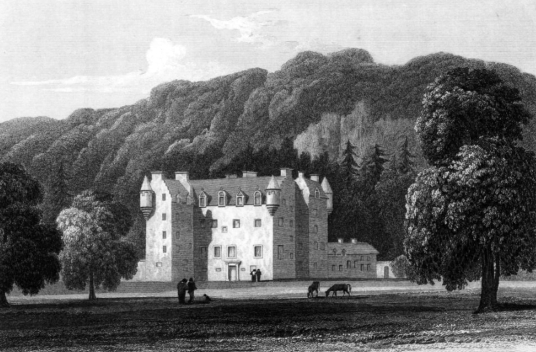 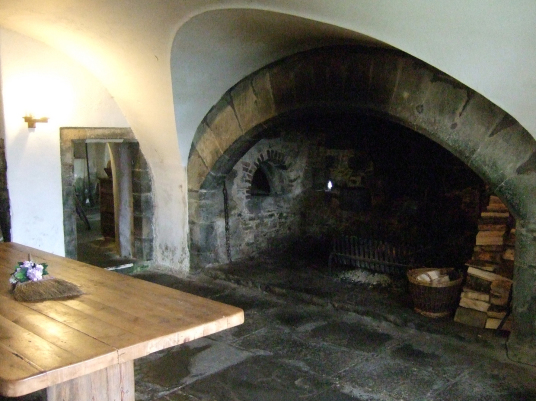 The clan chiefs moved to Farleyer Lodge [NN 827495] and the castle was rented out, including by Maharajah Duleep Singh who stayed in 1857-8. The last of the Menzies line died in 1918, and the castle then passed through several families. Between 1939 and 1945, it was used as a Polish Army medical supplies depot. The castle became derelict, but has been being restored by a trust established by the Clan Menzies Society, who acquired the building in 1957. A museum about the Menzies clan has exhibits including Bonnie Prince Charlie’s death mask, the bed in he slept in at the castle, and information on the influential botanist and explorer, Archibald Menzies. 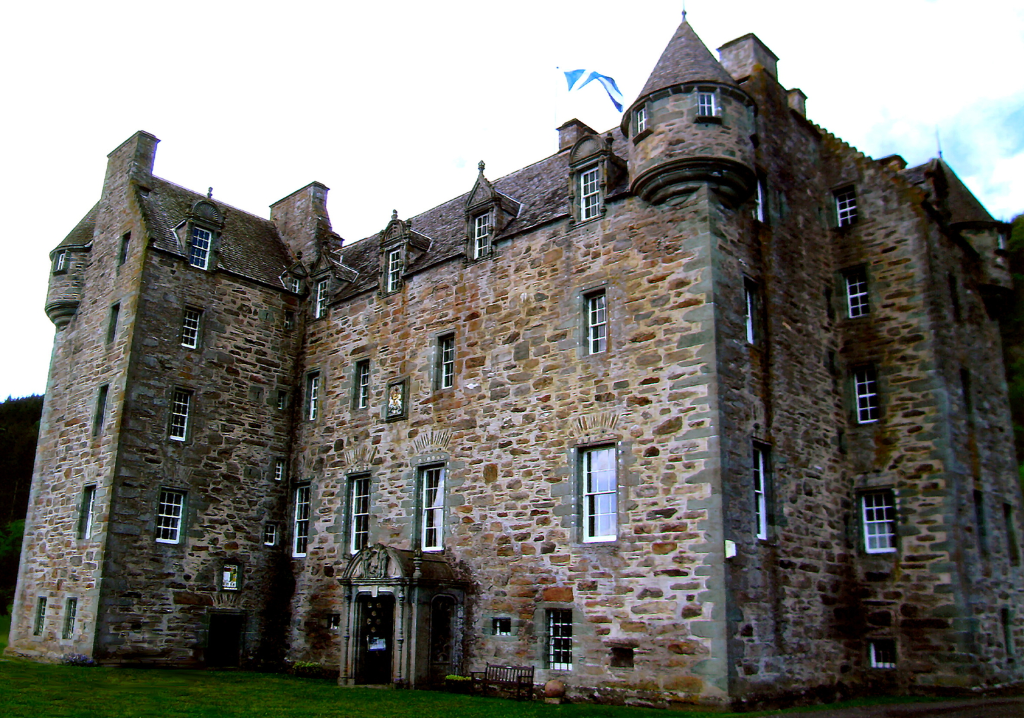 The Menzies family were buried at the Old Kirk of Weem [NN 843498], which probably dates from the 15th century on an ancient site associated with St Cuthbert. In the kirk, which was used as the parish church until 1839, are memorials to the chiefs, dating from the 16th century. The kirk is also in the care of the Menzies Heritable Trust and may be visited by arrangement.

The castle is said to be haunted, and various manifestations have been reported, including a ‘Grey Lady’, and other apparitions and manifestations.