Lothians: About 1 mile south of Haddington, on minor road between B6369 and B6368, north of the Coulston Water, at Lennoxlove. 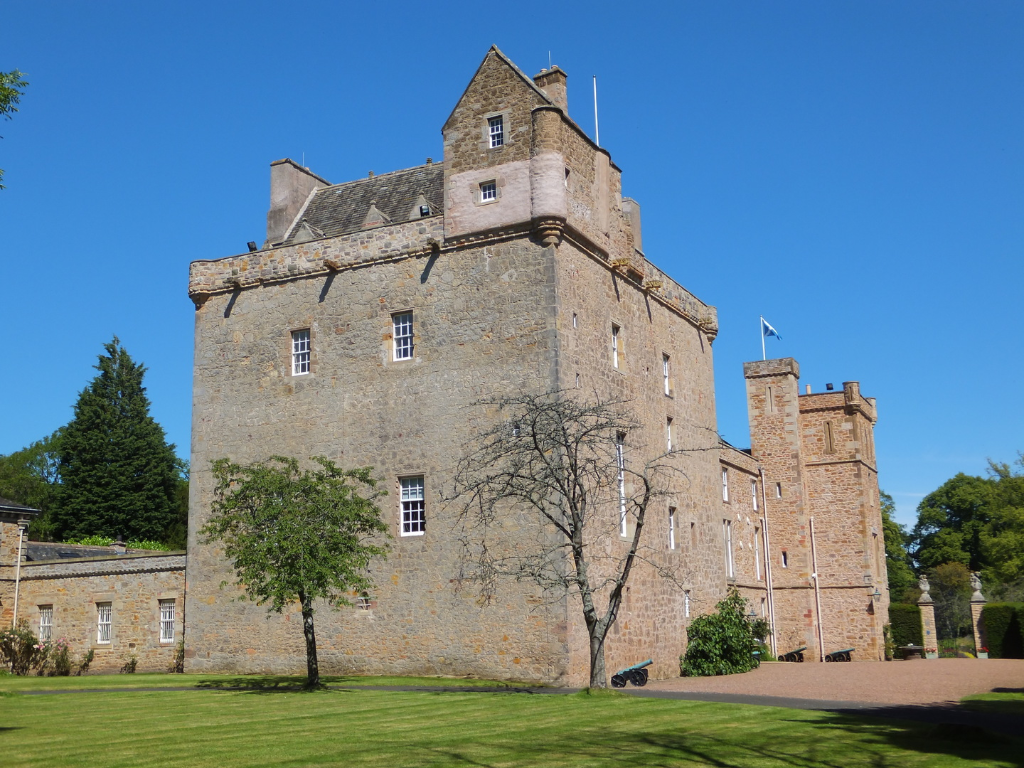 A handsome building in fine grounds and gardens, Lennoxlove (originally known as Lethington) incorporates an altered L-plan tower house of three storeys and an attic. The parapet has open rounds. The tower incorporates work from the 14th century, and probably earlier. Many of the windows have been enlarged, and the wallheads of the tower have been heightened and a two-storey caphouse added. A three-storey range projects from the tower, and there is another extension from the 17th century. 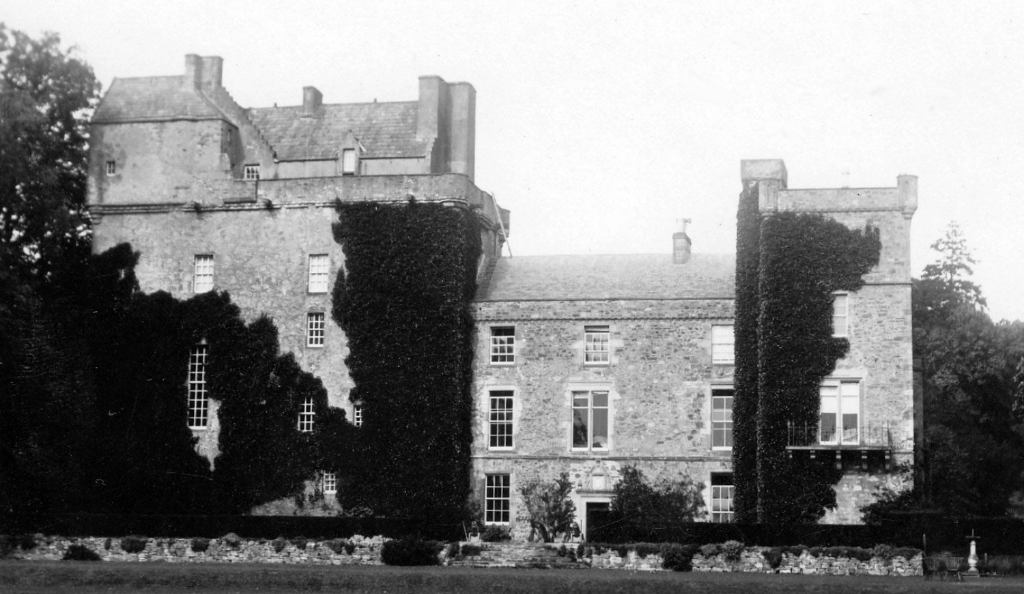 The main entrance, in the re-entrant angle, leads to a stair which climbs to the first floor; another entrance opens into the vaulted basement. The first floor of the main block is vaulted, and contained the hall, and the original kitchen was in the wing at the same level. A turnpike stair climbs to the upper floors. There are fine interiors with good panelling, fireplaces and plasterwork. 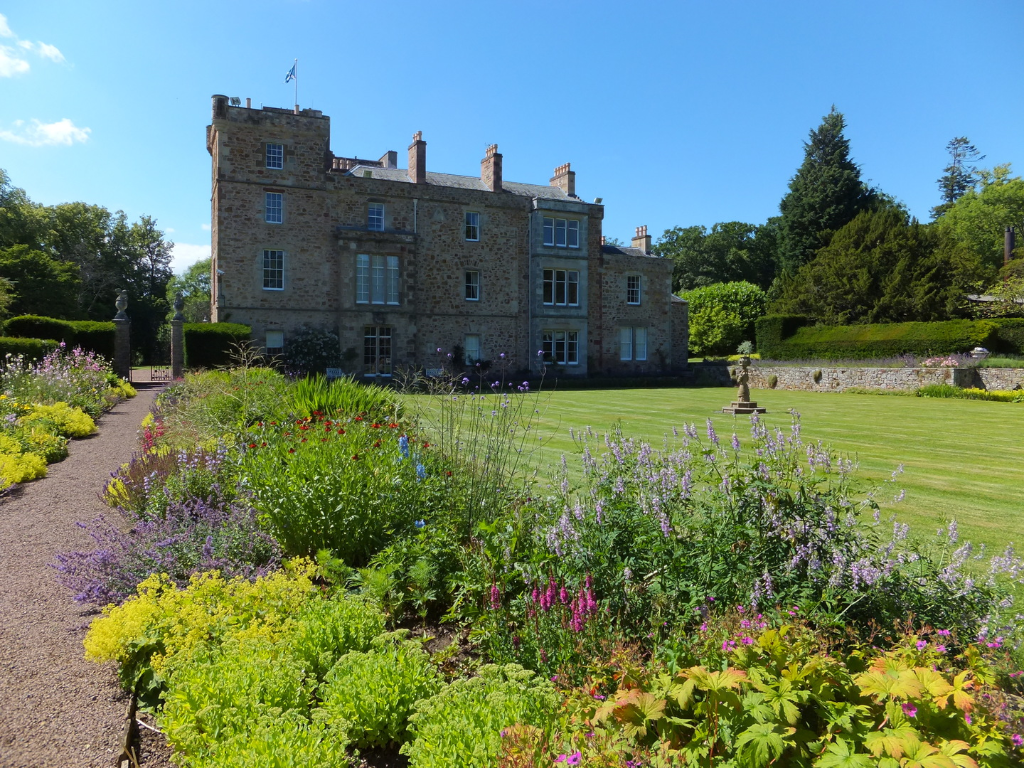 ‘Lythingtoun’ is marked on Blaeu’s map of The Lothians, then ‘Lythington’ on Adair’s map of East Lothian, where the castle is depicted in a large walled and wooded park with formal gardens and a drive. 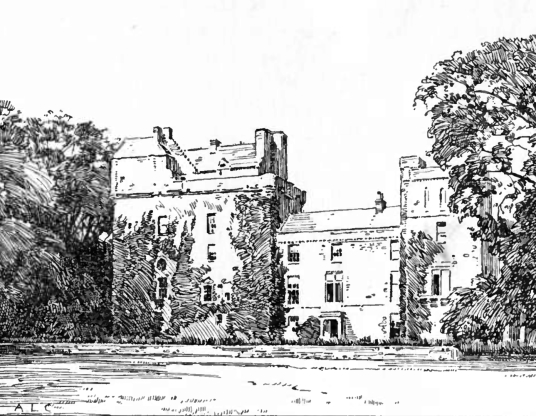 Lethington was originally a property of the Giffords, but was sold to the Maitlands about 1350, who built or extended a castle here. Mary of Guise stayed here in 1548, and the following year it was burnt by the English. William Maitland of Lethington, secretary to Mary, Queen of Scots, lived here. He was involved in the plot to murder Henry Stewart, Lord Darnley, but supported Mary after she abdicated. He was taken prisoner after Edinburgh Castle was captured in 1573 and died, possibly after being poisoned, soon afterwards. The property had gone by 1584 to the Maitlands of Thirlestane, apparently with a bit of connivance, and John Maitland, lord of Thirlestane and Chancellor of James VI, had a ratification of 1592 which mentions the lands of Lethington, with the castle and fortalice thereof. 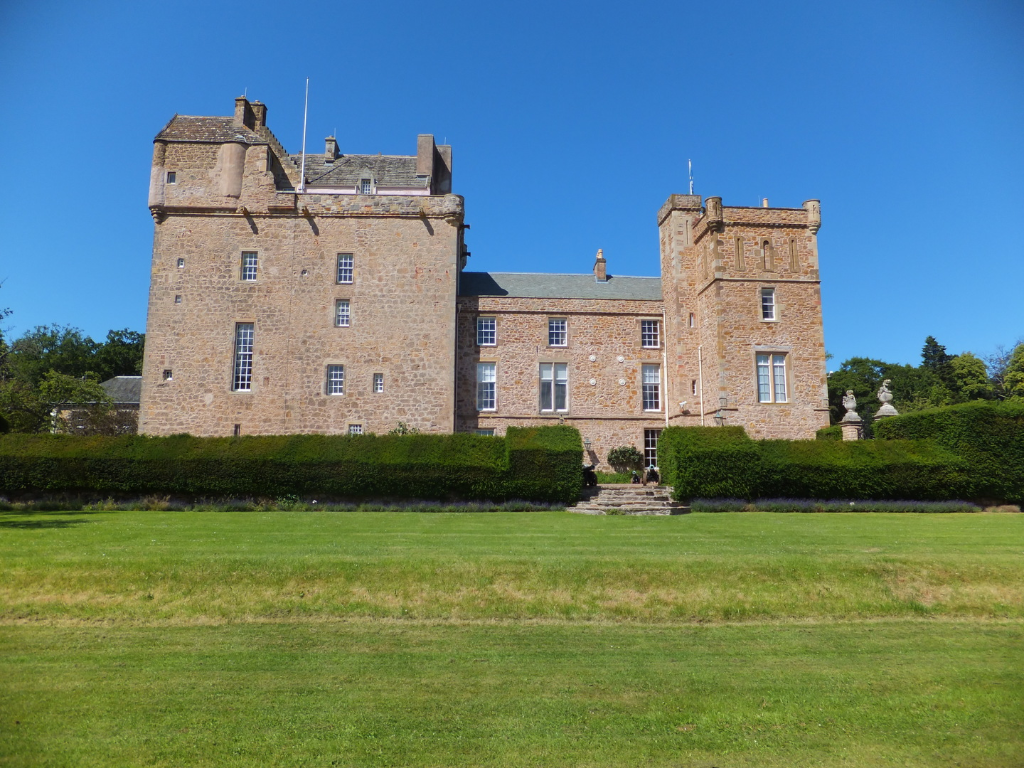 The property was held by John Maitland, later Duke of Lauderdale, who was born here, but was sold to the Stewart Lord Blantyre after Maitland’s death in 1682. Instrumental in having the name changed to Lennoxlove was Frances Stewart, Duchess of Richmond and Lennox, a great beauty at one time, who is said to have been the model for Britannia. Lennoxlove passed to the Bairds, and then in 1947 to the Duke of Hamilton, since when it has been the family seat after Hamilton Palace was demolished. The building had been renovated by the architect Robert Lorimer in 1912. 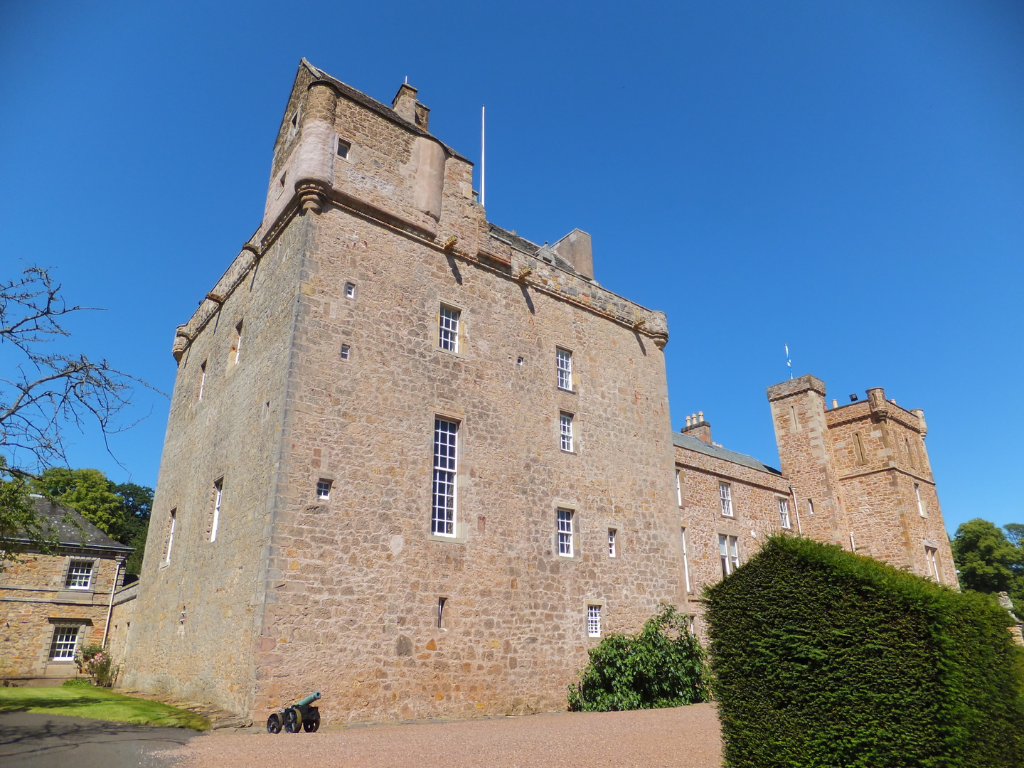 Among the treasures it contains are the death mask of Mary, Queen of Scots, and the casket which may have contained the ‘Casket Letters’. There are also porcelain, paintings and furniture from the Hamilton Palace collection, as well as the Nigel Tranter Centre