Balmoral Castle is a large rambling mansion with lovely gardens and grounds in a beautiful mountainous location, built by Queen Victoria and Prince Albert and still a royal residence used by Queen Elizabeth II, near Crathie and Ballater in Royal Deeside in Aberdeenshire in northeast Scotland, 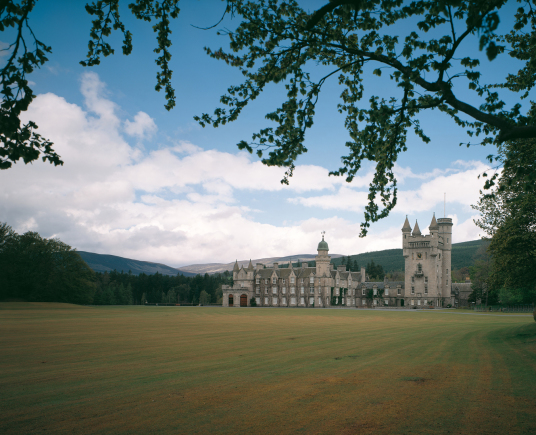 Balmoral Castle (Many thanks and © Tom Wolfm www.tom-wolf.com)

Kincardine & Deeside: About 7 miles west of Ballater, on minor road south of A93, 0.5 miles west of Crathie, on south bank of River Dee, at Balmoral Castle. 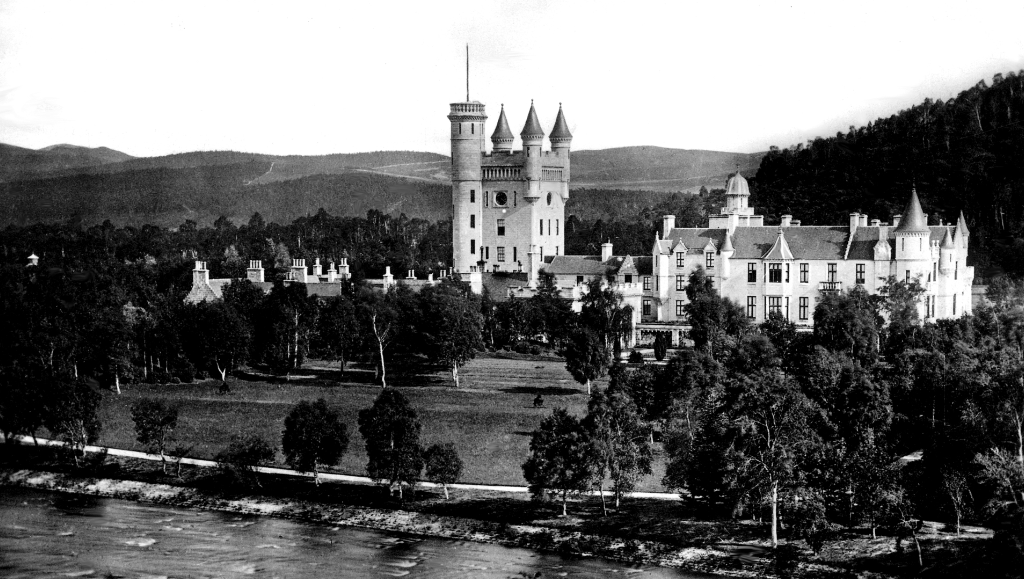 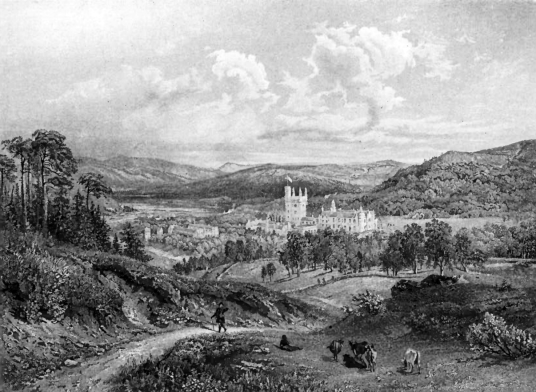 Site of 16th-century tower house. The old castle was replaced by Balmoral Castle, a large castellated mansion dominated by a tall turreted and battlemented tower, which became the holiday home of Queen Victoria and Prince Albert. The old castle consisted of a tower, square in plan, with bartizans at three of the corners, as well as a walled courtyard and later additions. 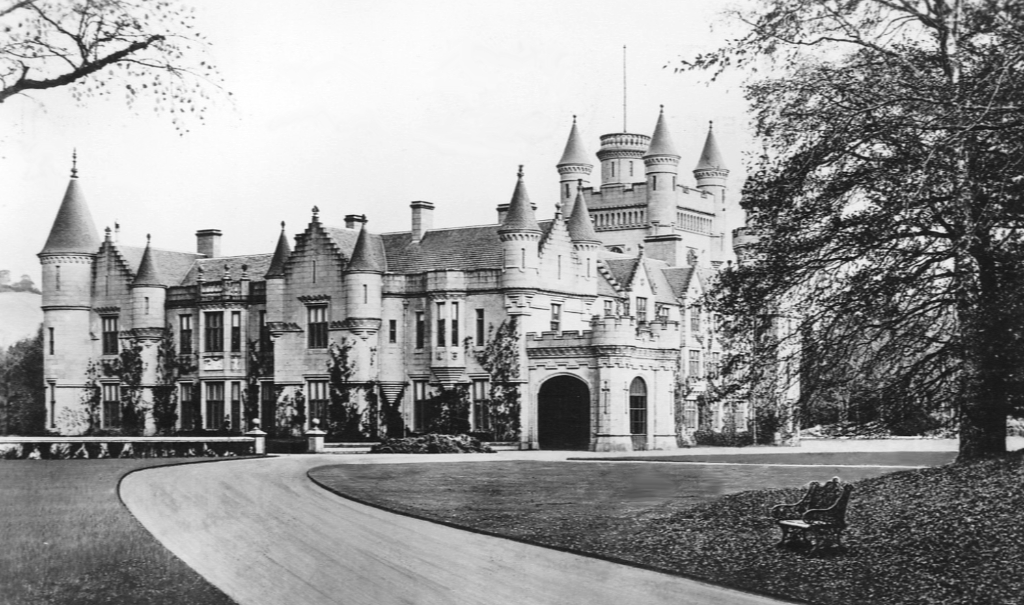 Robert II had a hunting seat here, but in 1390 the Drummonds built a stone castle. The property was acquired by the Gordon Earls of Huntly, but passed to the Farquharsons of Inverey in 1662. James Farquharson of Balmoral was a Jacobite and supported Bonnie Prince Charlie. 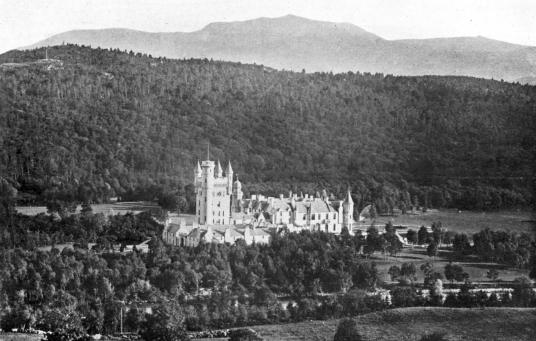 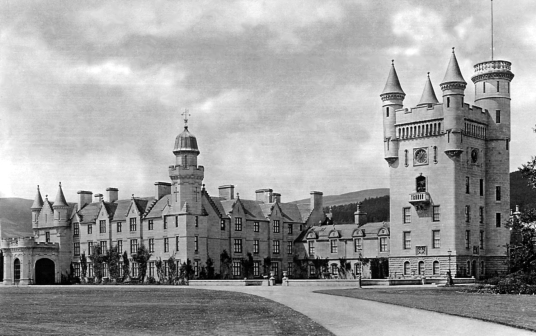 The Farquharsons got into debt, and had to sell the lands in 1798, probably back to the Gordons who owned it in 1852. That year it was sold to Prince Albert, consort to Queen Victoria, and in 1855 he had the present castle built. It is regularly used by the royal family.