Stirling & Clackmannanshire: In Old Town of Stirling, on minor roads west of A9, St John Street, by the Church of the Holy Rude. 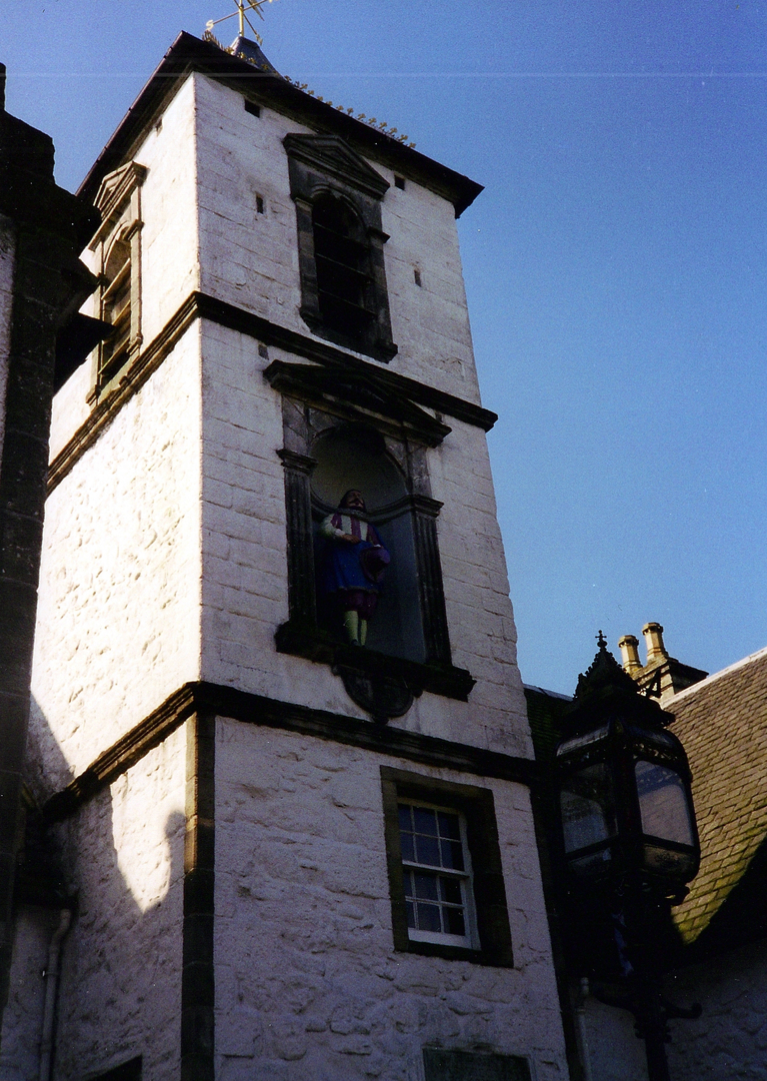 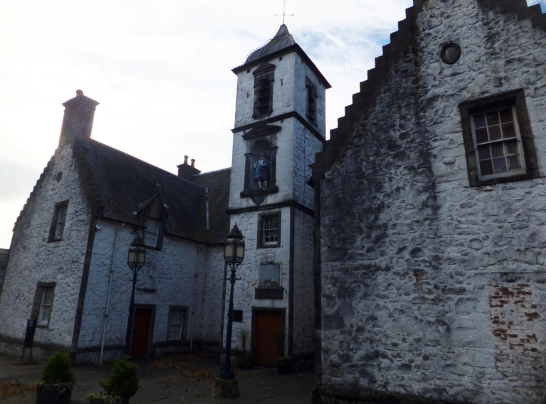 The hospital, which is a fine edifice, was built in 1639-49 with money from the wealthy Stirling merchant, landlord and money lender, John Cowane, for merchants of the burgh who had fallen on hard times. 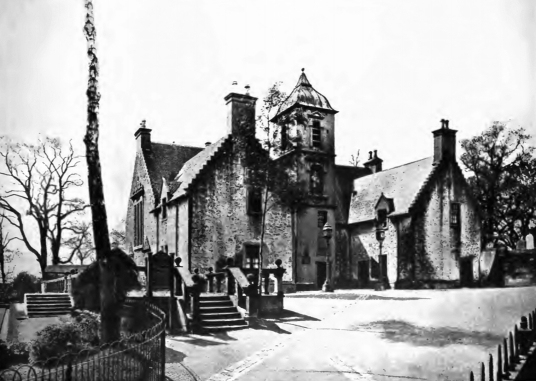 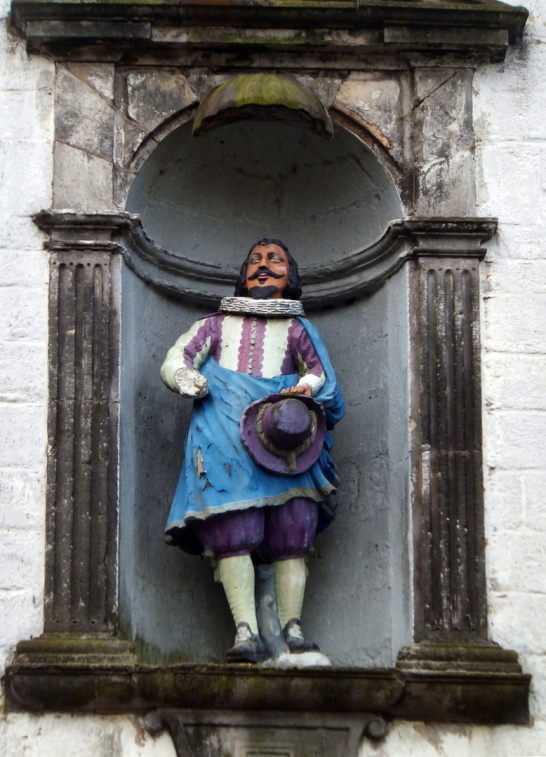 Cowane died in 1633, and his painted stature adorns the outside of the building. Cowane was known as Auld Staneybreeks, and was MP for Stirling and also Dean of Guild in 1624. 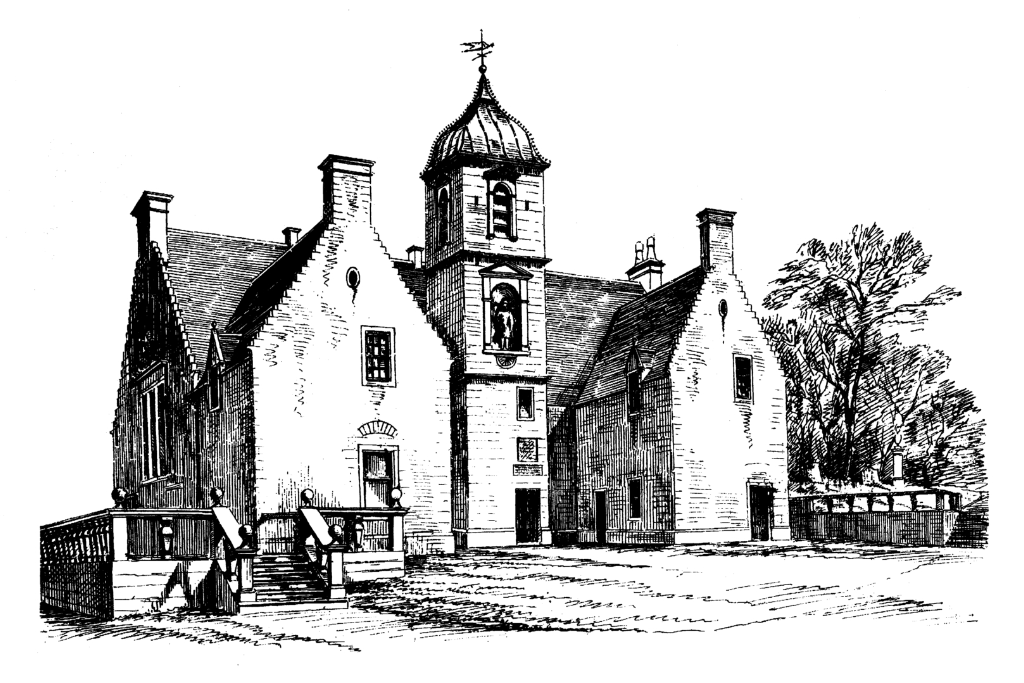 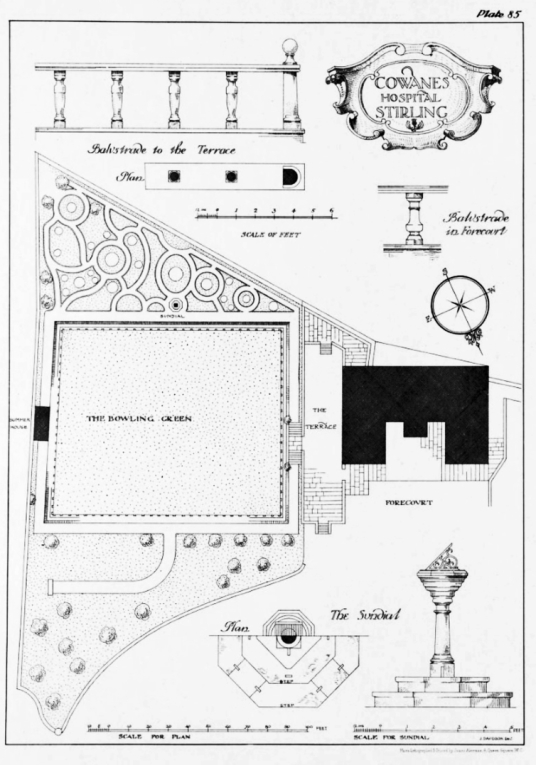 The building has fine gardens, and the original 17th-century layout and terraces, Dutch parterre and bowling green remain evident.
The hospital was later used as a guildhall, school, epidemic hospital and museum, and to host ceilidhs, banquets and concerts, as well as housing the Family History Project and displays on the building’s history. 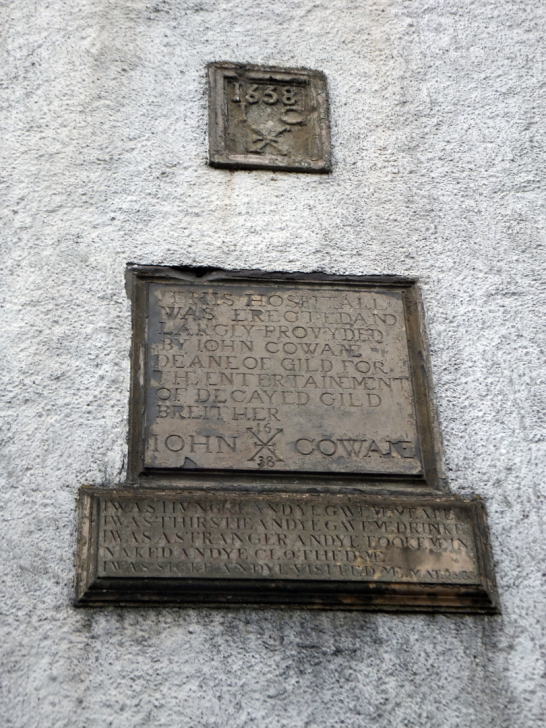 Nearby are also the Church of the Holy Rood and Mar’s Wark, Argyll’s Lodging and Stirling Castle.
Cowane’s House [NS 793939] is on St Mary’s Wynd, and is a town house which dates from the 16th century, and was held by the Cowans.