Ayrshire: About 1 mile south-west of Maybole, just south of A77 at Baltersan Mains, 0.5 miles north-east of Crossraguel Abbey, at Baltersan Castle. 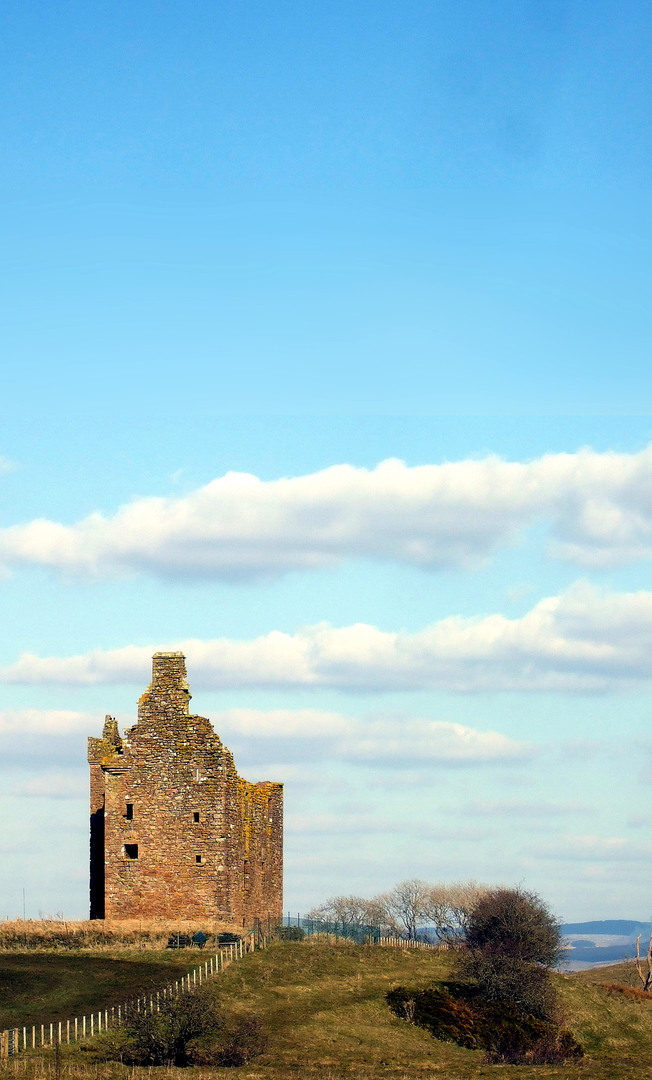 Baltersan Castle is a 16th-century L-plan tower of three storeys and an attic. A square stair-wing is crowned by a corbelled-out watch-chamber with a projecting square oriel window. There are bartizans at two of the corners with shot-holes. The castle was begun in 1584.
The entrance, in the wing in the re-entrant angle, leads to the vaulted basement, containing the kitchen and cellars. The main turnpike stair leads to the first-floor hall, then on to the second floor. The upper floors are reached by a small turnpike stair corbelled-out in the re-entrant angle. The hall has been a fine chamber.
The castle once had gardens, orchards and parks, and ‘Baltersan’ is prominently marked on Blaeu’s map of Carrick as a large tower and courtyard in a rectangular enclosed and wooded park. 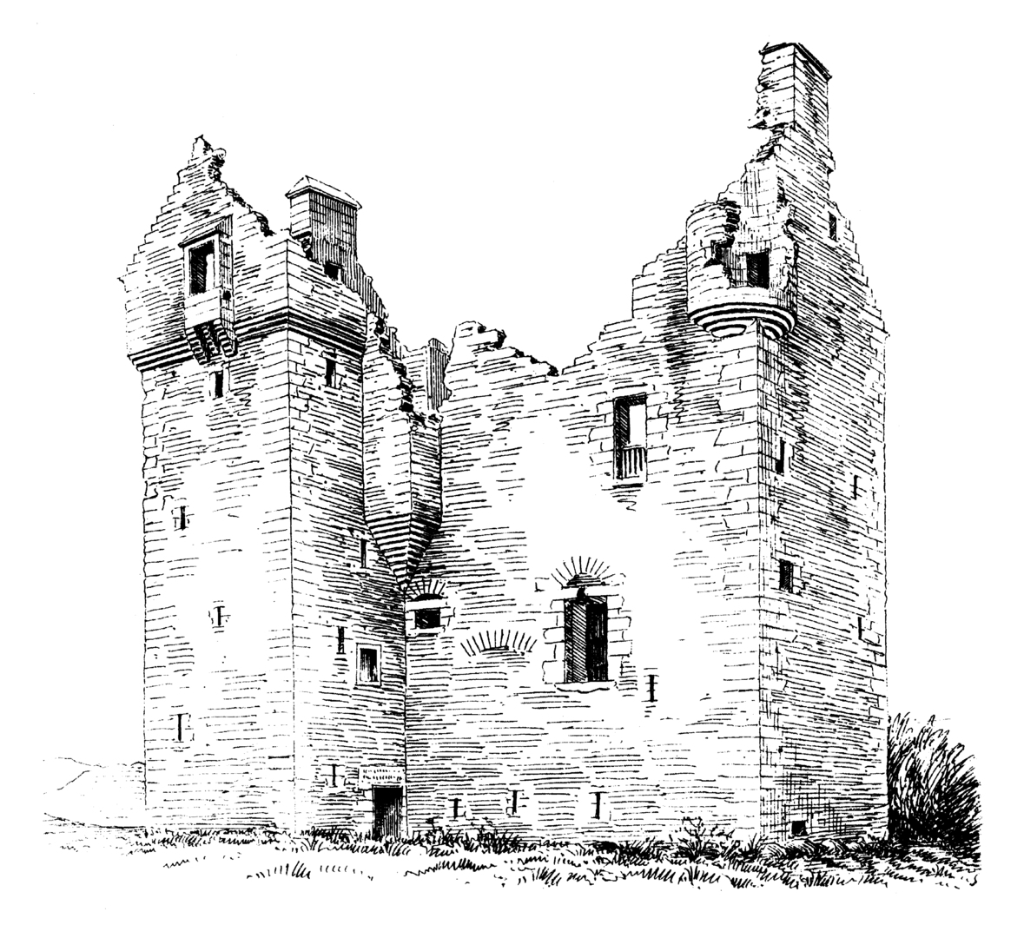 The castle was built by David Kennedy of Pennyglen, after Gilbert Kennedy, 4th Earl of Cassillis, obtained the lands in 1574 from the commendator of Crossraguel Abbey, Allan Stewart, by boiling him in sop at Dunure Castle until he signed them over. Egidia Blair, Lady Row of Baltersan, was buried in the Blessed Virgin’s aisle of nearby Crossraguel Abbey, and her tomb is marked by an elaborate carved stone slab of about 1530.
The property passed to the Kennedys of Culzean in 1656, and Major Thomas Kennedy of Baltersan is on record in 1685. In 1721 the property went to the Arbuthnotts, and then later returned to the Kennedys.
The castle was probably abandoned about the middle of the 18th century, and the building is ruinous. Baltersan was going to be restored, but in April 2013 was for sale for offers of more than £250,000.
There is said to have been a tunnel from Baltersan to nearby Crossraguel Abbey.