OPEN: Car parking and picnic area by the island. 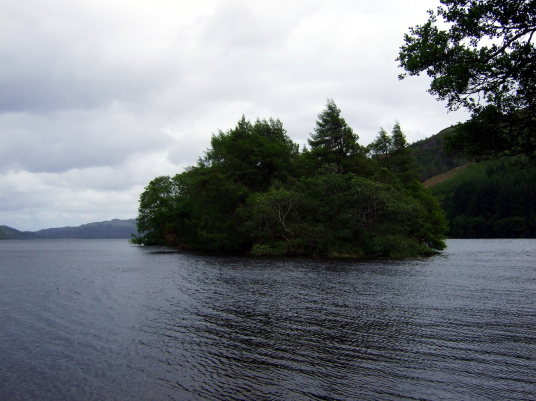 On Innis Luina, a heavily wooded island in the picturesque loch, little survives of Caisteal na Nighinn Ruaidhe (‘castle of the red-haired girl’), a 13th-century castle of enclosure and hall house. 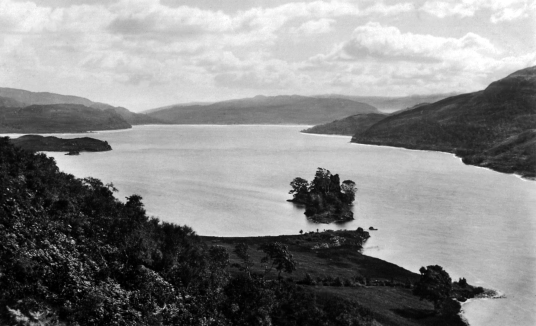 This was a property of the Campbells. The name is said to come from Bridget, heiress to the lands around Loch Avich, who married a Campbell around 1200. 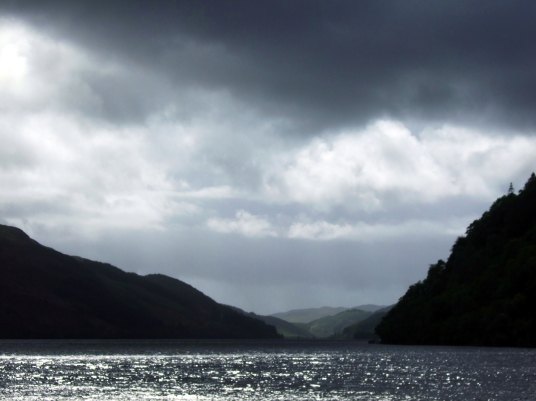 An alternative tale is that, just after the building was first constructed, a red-haired servant at the castle was thrown to her death from the walls after discovering a plot to murder the mason. Her angry ghost then plagued the castle.
Beware of silence at most times, but occasionally beware of logging trucks.