Eilean Donan Castle, a romantic castle in a beautiful spot, much photographed and long a property of the Mackenzies, near Dornie on the road to Skye in the Highlands of Scotland. 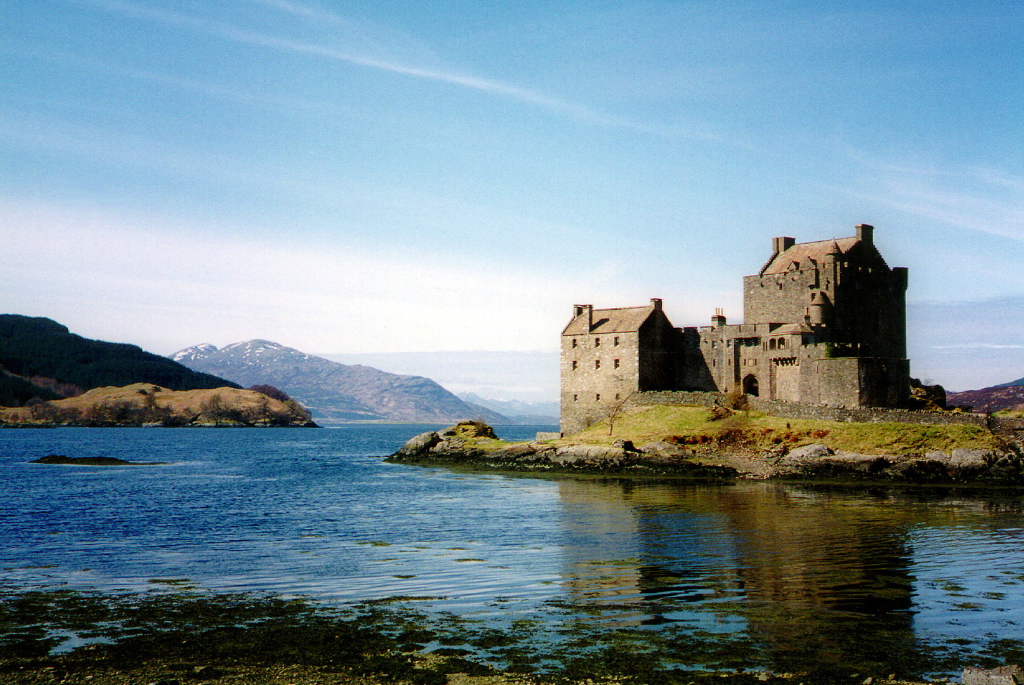 South Highland: About 8 miles east of Kyle of Lochalsh, south of Dornie, on an island, just south of A87, on north side of Loch Duich at mouth of Loch Long, at Eilean Donan Castle. 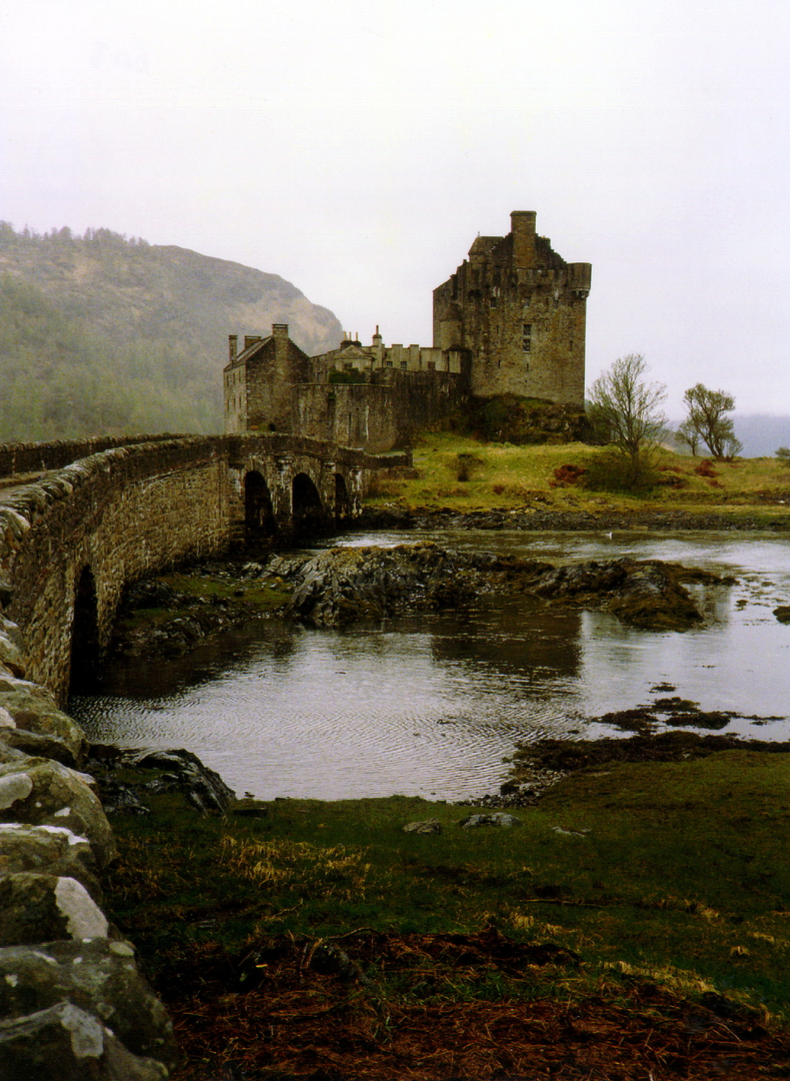 One of the most beautifully situated of all Scottish castles, Eilean Donan Castle consists of a 13th-century wall surrounding a courtyard. In one corner of the courtyard stands a strong 14th-century tower of three storeys and a gabled garret. Adjoining ranges of outbuildings and fortifications were added in later centuries. The main tower has a flush parapet, with open rounds and corbelled machiocolations. 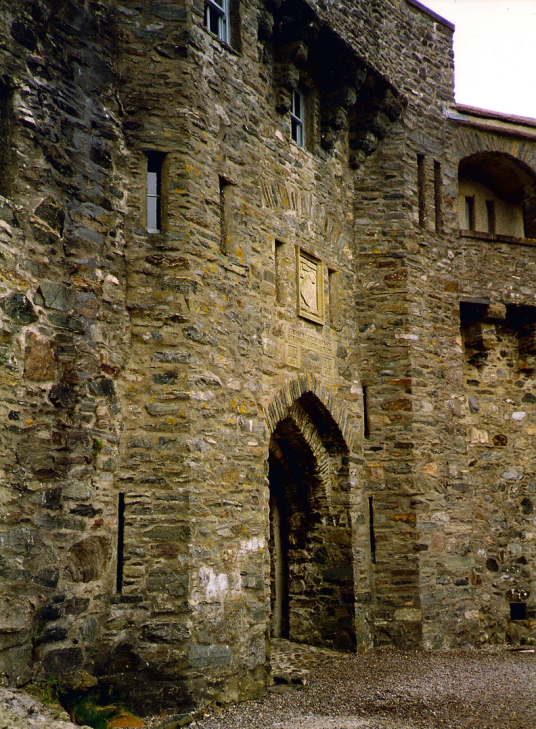 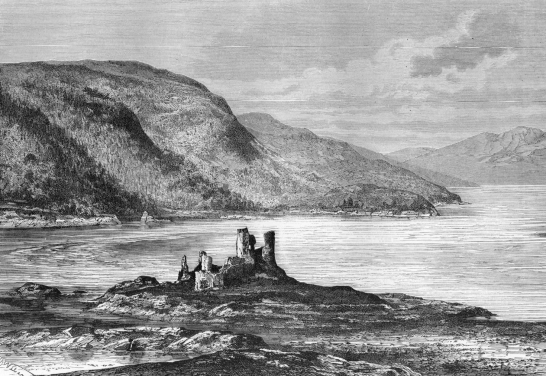 The main entrance is up a flight of stairs from the courtyard. The basement is barrel-vaulted, and the hall is on the first floor.
‘Castle Ylen Donnan’ is marked on Blaeu’s map of the Hebrides. 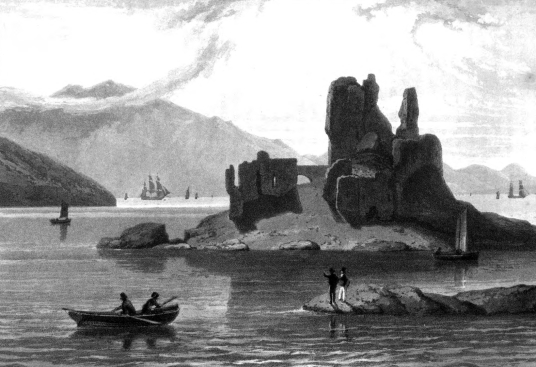 Alexander III gave the lands to Colin Fitzgerald, son of the Irish Earl of Desmond and Kildare, for his help in defeating King Haakon and the Norsemen at the Battle of Largs in 1263. The family changed their name to Mackenzie, and Eilean Donan became their main stronghold. Robert the Bruce was sheltered here in 1306. 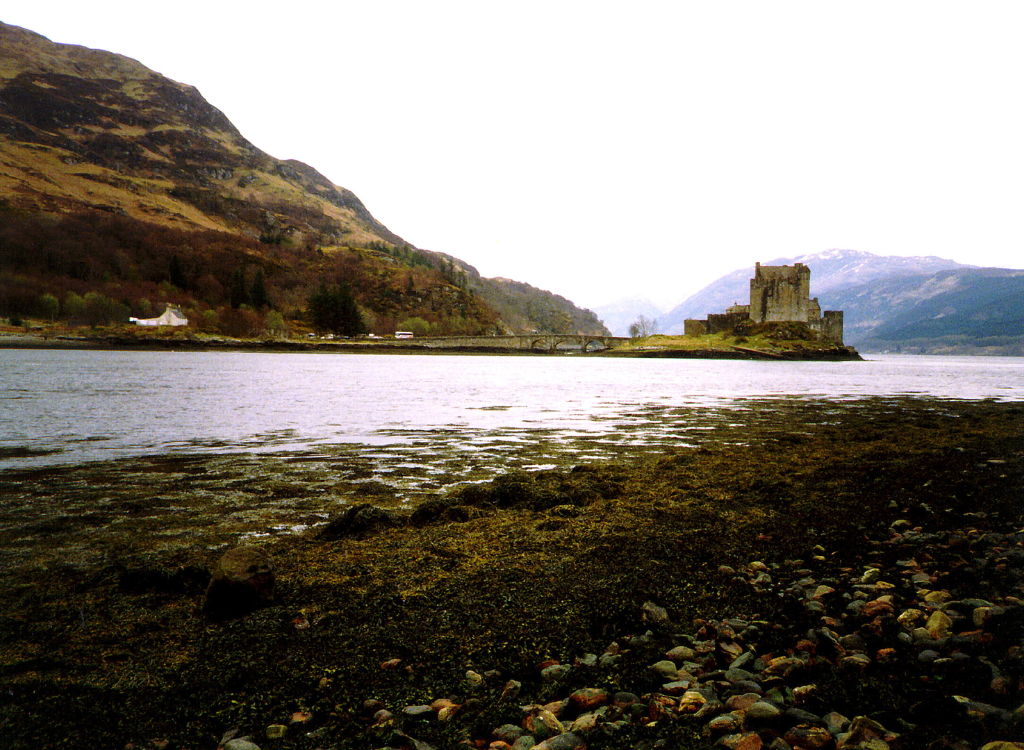 In 1331 Randolph, Earl of Moray, executed 50 men at Eilean Donan and adorned the castle walls with severed heads. The castle was captured by the Earl of Huntly in 1504, and in 1509 the MacRaes became constables of the castle. In 1539 it was besieged by Donald Grumach (or Gorm) MacDonald, a claimant to the Lordship of the Isles, but he was killed by an arrow shot from the castle by Duncan MacRae. 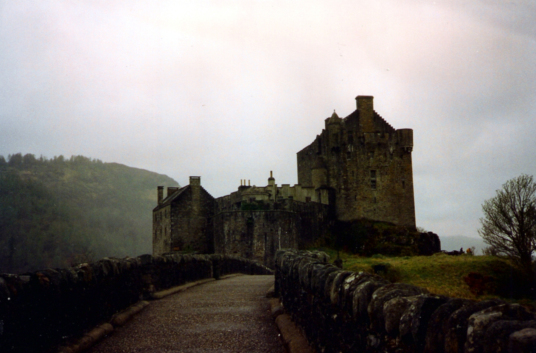 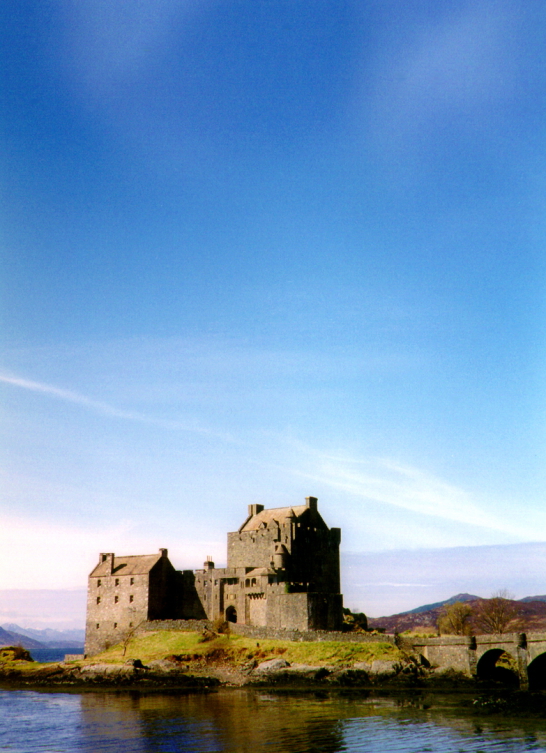 Sir George Mackenzie of Tarbat had a ratification of 1681 for the lands of Eilean Donan, with the castle, fortalice and mills thereof. William Mackenzie, 5th Earl of Seaforth, had it garrisoned with Spanish troops during the Jacobite rising of 1719, but three frigates battered it into submission with cannon, and it was blown up from within. Although quite ruinous, it was completely rebuilt in the 20th century. 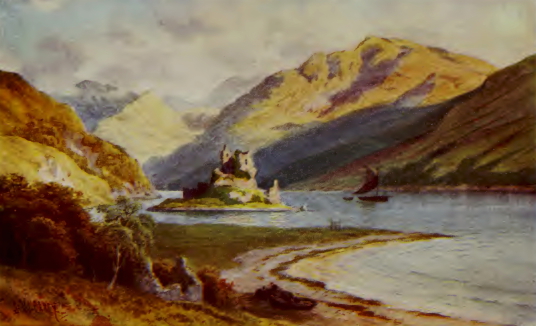 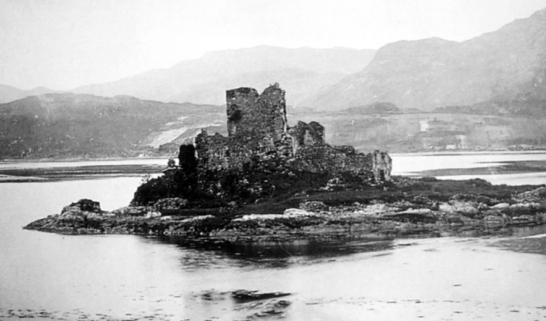 The castle has been used as a film location in several movies, including Bonnie Prince Charlie (1948) with David Niven, The Master of Ballantrae (1953) starring Errol Flynn, the Bond film The World is Not Enough (1999), Loch Ness (1996) with Ted Danson, and the Highlander franchise. 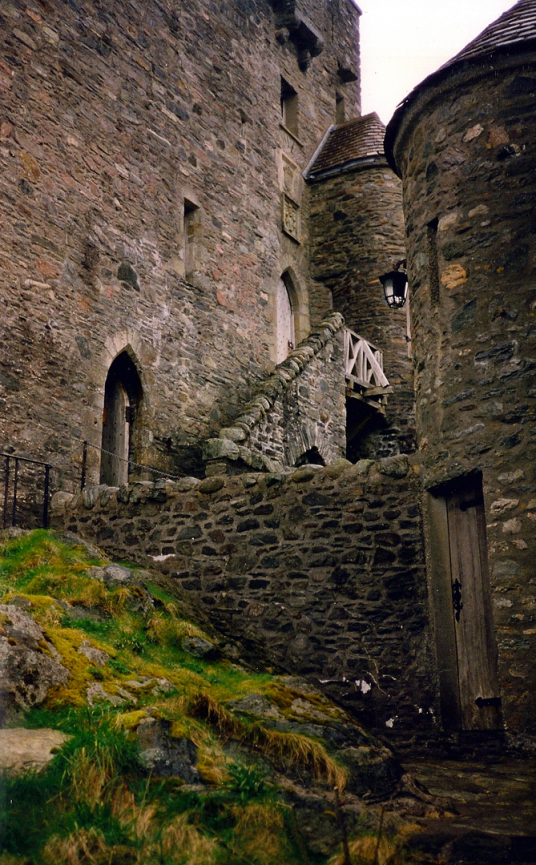 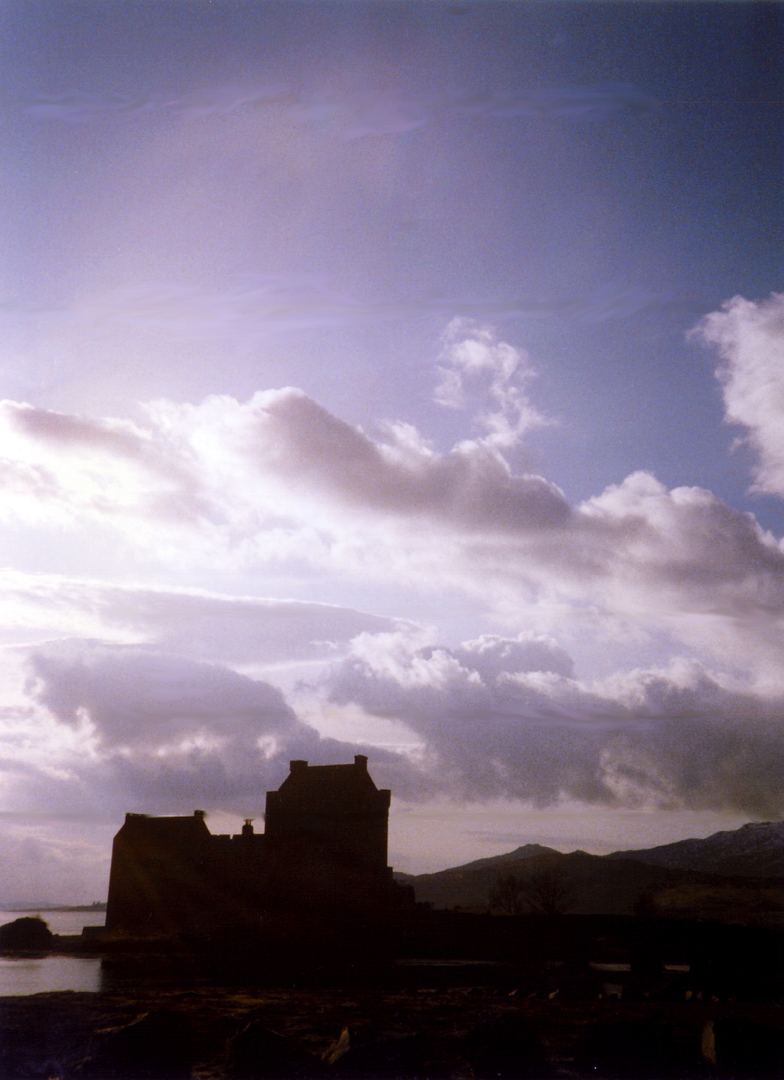