Aberdeen & Gordon: About 3 miles east and north of Strathdon, on minor road west of A97, at meeting of River Don and Water of Buchat, at head of Glen Buchat, at Glenbuchat Castle.

OPEN: Usually access at all reasonable times, but the castle is closed until at least spring of 2017 because of unsafe masonry.
Tel: 01667 460232   Web: www.historicenvironment.scot 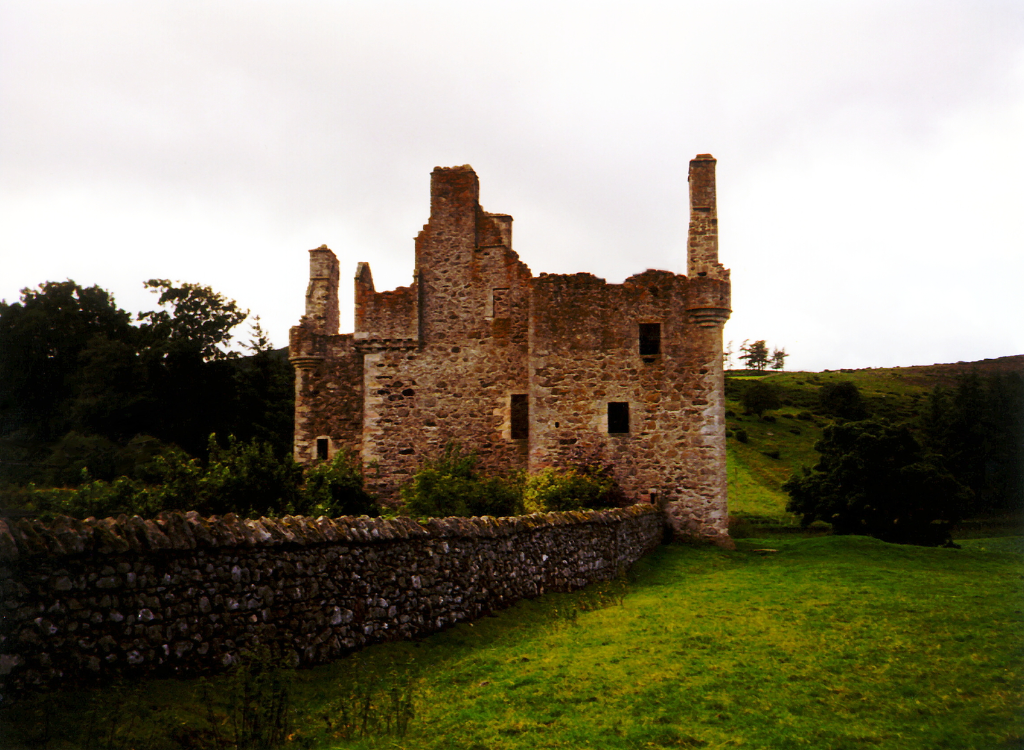 Glenbuchat (pronounced ‘Glenbucket’) Castle is a roofless but otherwise complete late 16th-century Z-plan tower house of three storeys and a garret. It consists of a main block, with large square towers at diagonally opposite corners. In the two re-entrant angles, corbelled out above first-floor level, are large stair-turrets. Round and square bartizans crown the corners of the tower. The hall, on the first floor, has large windows, and the walls are pierced by shot-holes. The castle is dated 1590, and had a courtyard. 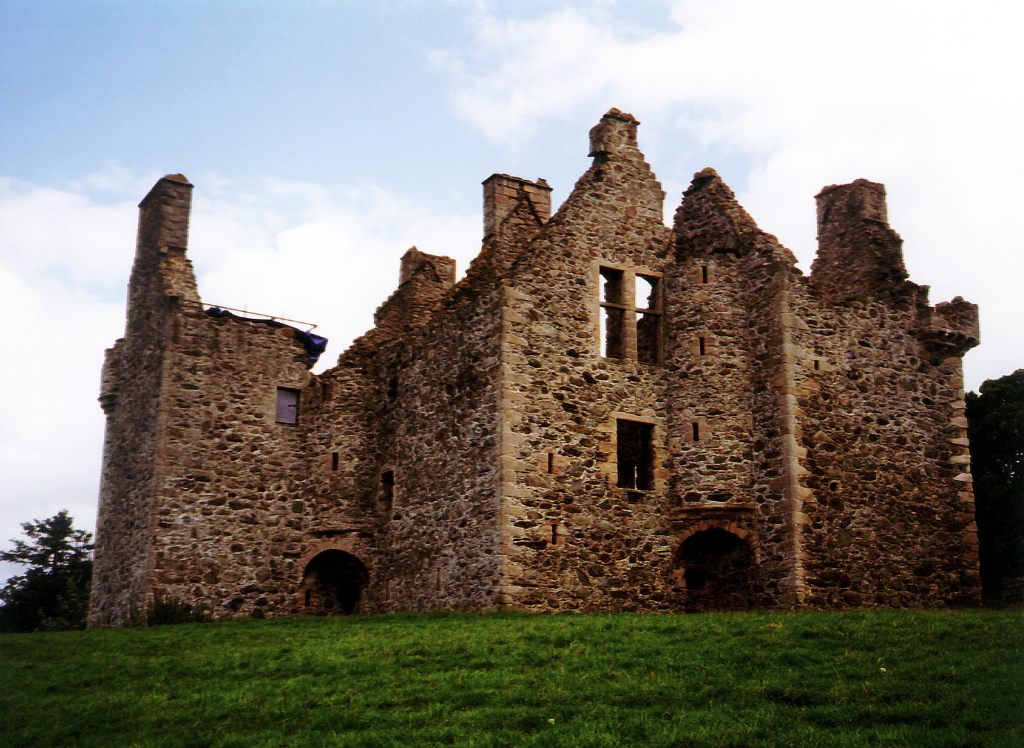 The entrance is in one of the square towers from the courtyard. The basement is vaulted, and contained a kitchen, with a large fireplace, and a wine-cellar, with a small stair to the hall above. A wide stair leads to the hall, which has been subdivided at some time. The private chambers of the upper floors were reached by the two turret stairs. 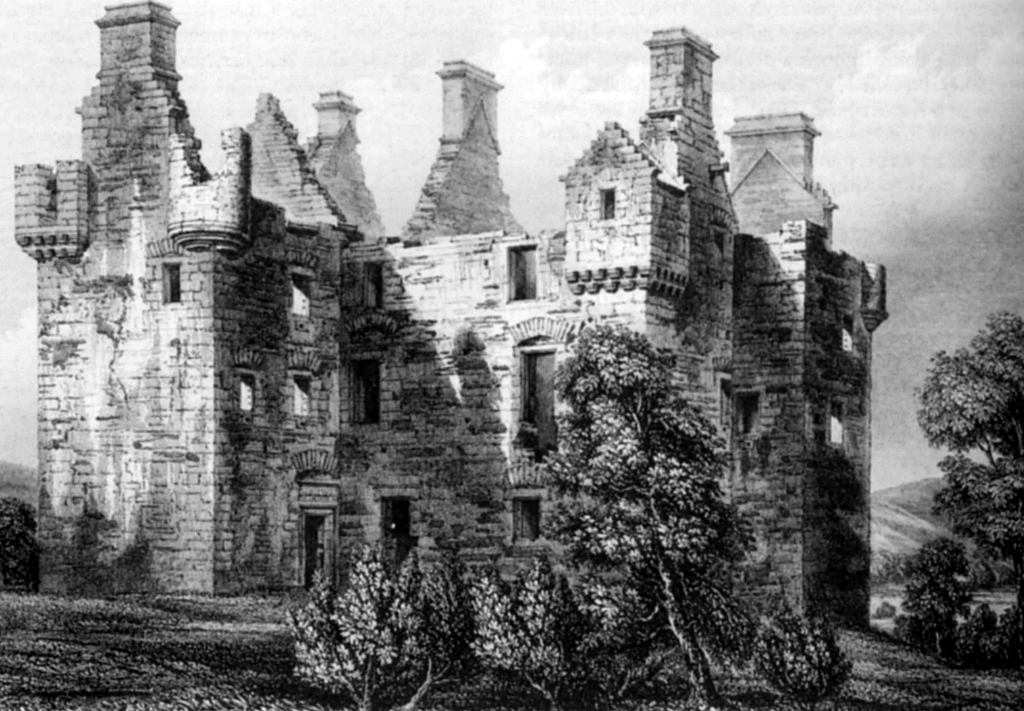 The castle was built by the Gordons, whose earlier stronghold was at Badenyon [NJ 340190]. It was occupied by James VI’s forces during the rebellion by George Gordon, Earl of Huntly, in 1592. Patrick Gordon of Glenbuchat is on record in 1663. 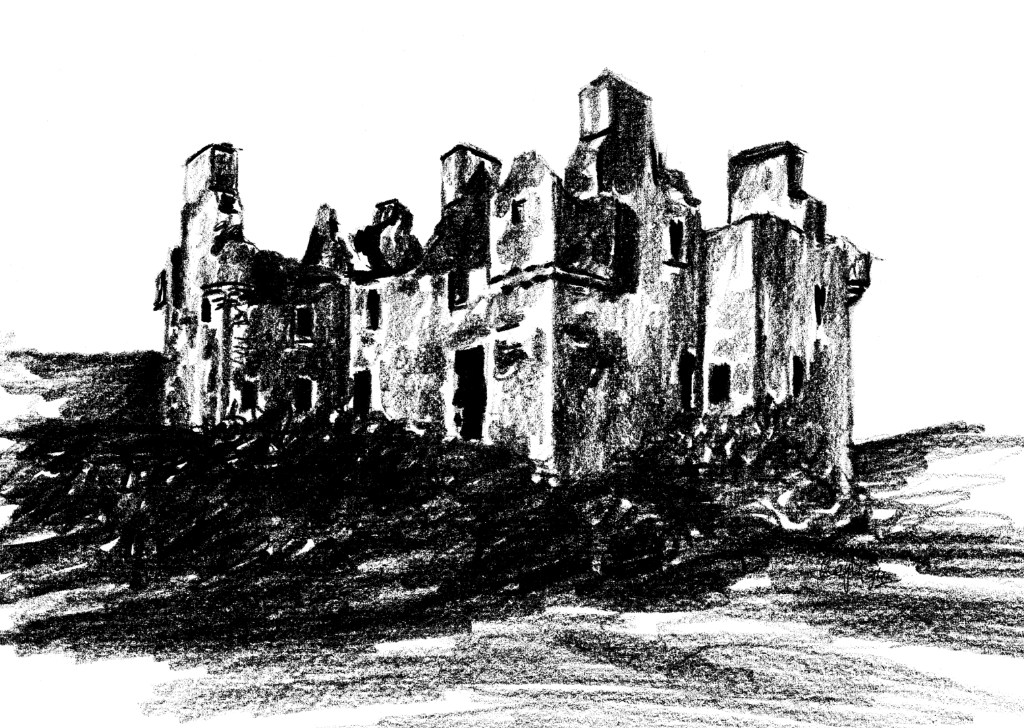 Brigadier-General John Gordon of Glenbuchat fought for the Jacobites in both the 1715 and 1745 Risings, and led the Gordons and Farquharsons at the Battle of Culloden in 1746 – when already 70. Earlier he had been the leader of the men who took Ruthven Barracks in February 1746. He was hunted after the battle, but managed to escape to Norway, disguised as a beggar, and died in France. 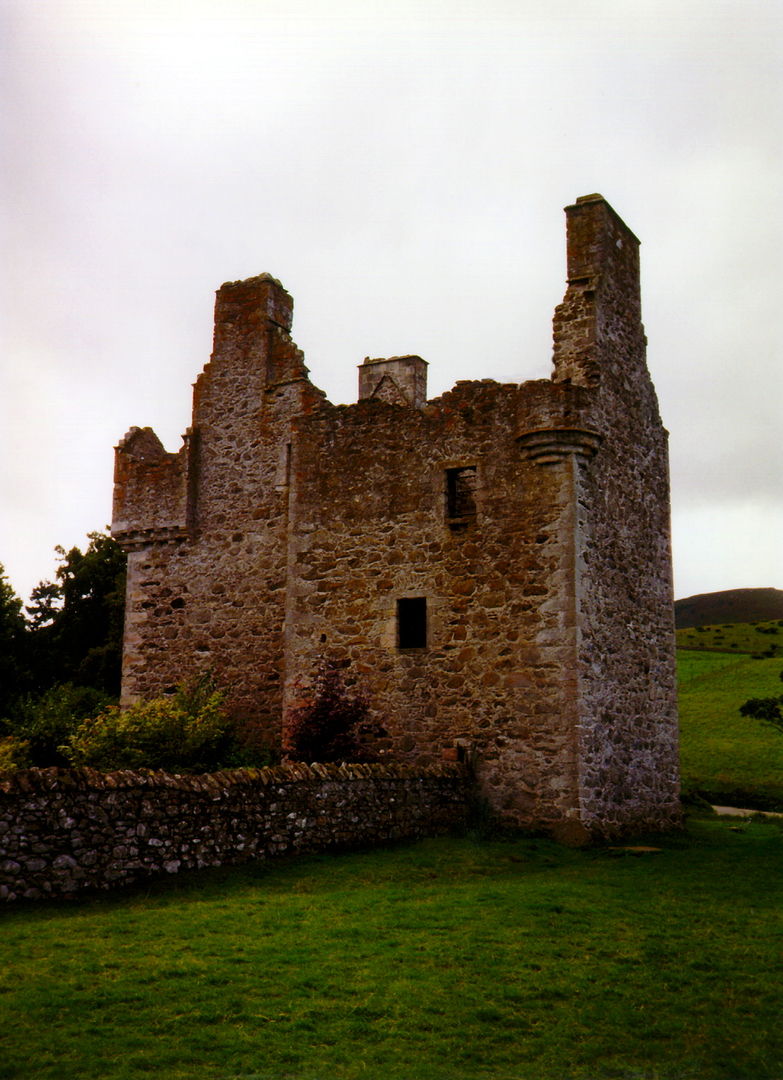