Caisteal Bharraich or Castle Varrich is a crumbling old tower house of the Mackays, in a beautiful rugged spot, near Tongue in Sutherland in the far north of Scotland. 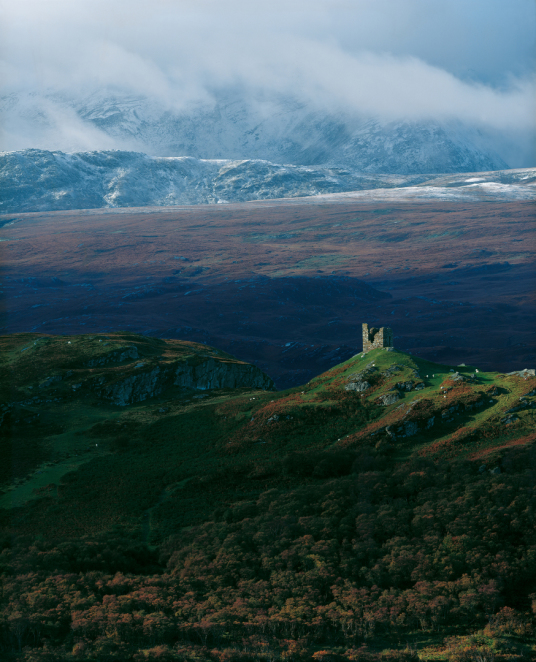 Sutherland & Caithness: About 1 mile west of Tongue, on minor roads and foot south of A838 in Tongue, on east side of Kyle of Tongue south of Rhian Burn, at Caisteal Bharraich or Castle Varrich.

OPEN: Access at all reasonable times: long walk and care should be taken.

Caisteal Bharraich (or Bhurraich) or Castle Varrich, built on a promontory with fine views along the Kyle of Tongue, is a two-storey ruined tower house. ‘Doun Vorrich’ is marked on Pont’s map of Strathnaver as a tower, and then on Blaeu’s map of Strathnaver. 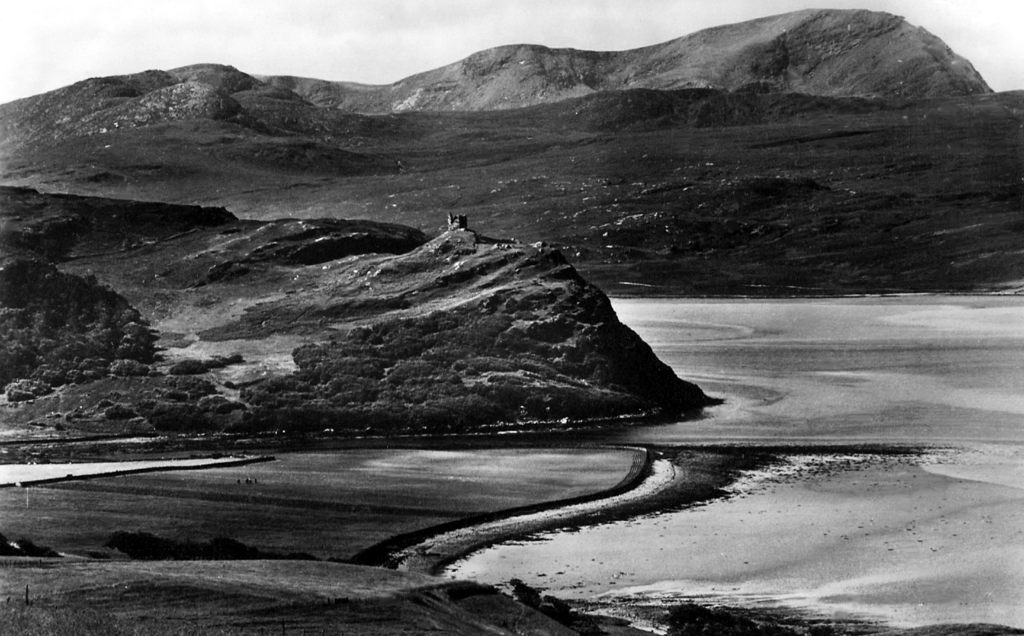 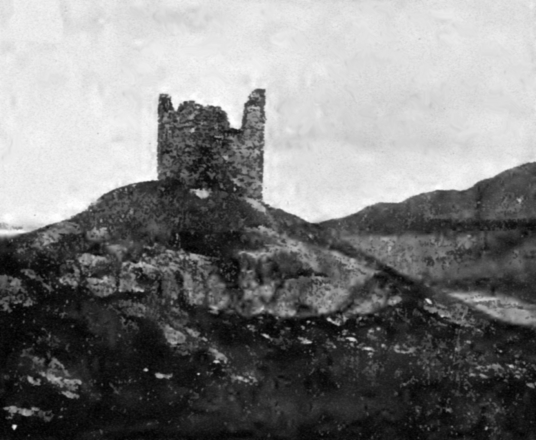 This was a property of the Bishops of Caithness, which was later held by the Mackays. It can be reached by a steep path from the gate beside the Royal Bank of Scotland. 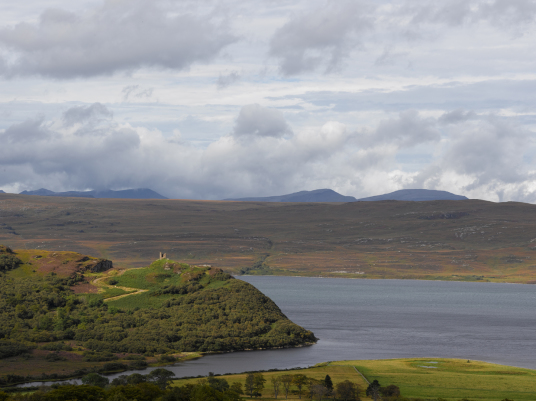 "There is a cave in the rock upon which the castle [Varrich, near Tongue] is built called Leabuidh Evin ALaruich, i.e., John of Lochaber's bed, whither he is said to have retired in time of danger. A family of Mackays is descended from him, and are reported still to have in their possession his banner, with the motto wrought in golden letters, Biodh treun—Biodh treun, i.e., Be valiant."