Keiss Castle is a fine ruinous tower house of the Sinclairs, perched on cliffs, some miles from Wick, in Caithness in the far north of Scotland. 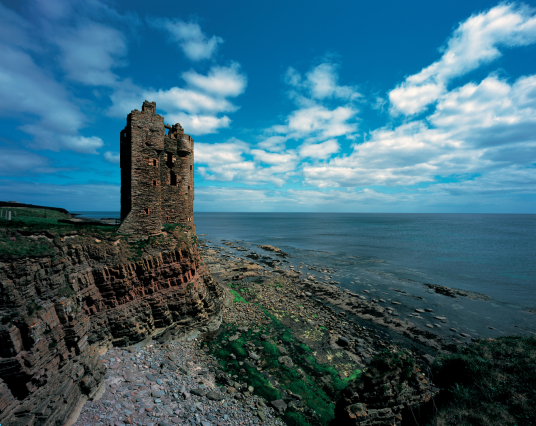 Sutherland & Caithness: About 7 miles north and west of Wick, on minor roads east of A9, just east of 'new' Keiss Castle, west of sea, at Keiss Castle. 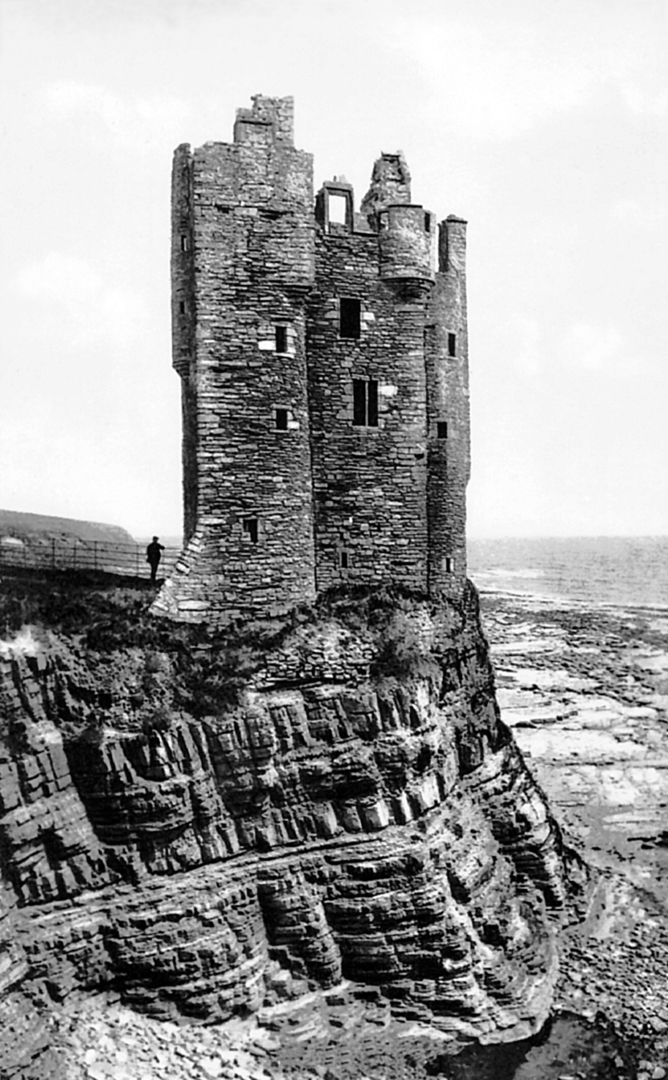 Standing dramatically on a cliff-top promontory above the sea, Keiss Castle is a ruined and picturesque 16th-century Z-plan tower house of three storeys and an attic. It consists of a main block and two round towers at opposite corners, one a stair-tower crowned by a square caphouse. There is a bartizan at one corner and the walls, which are not very thick, are pierced by shot-holes. The windows are small. 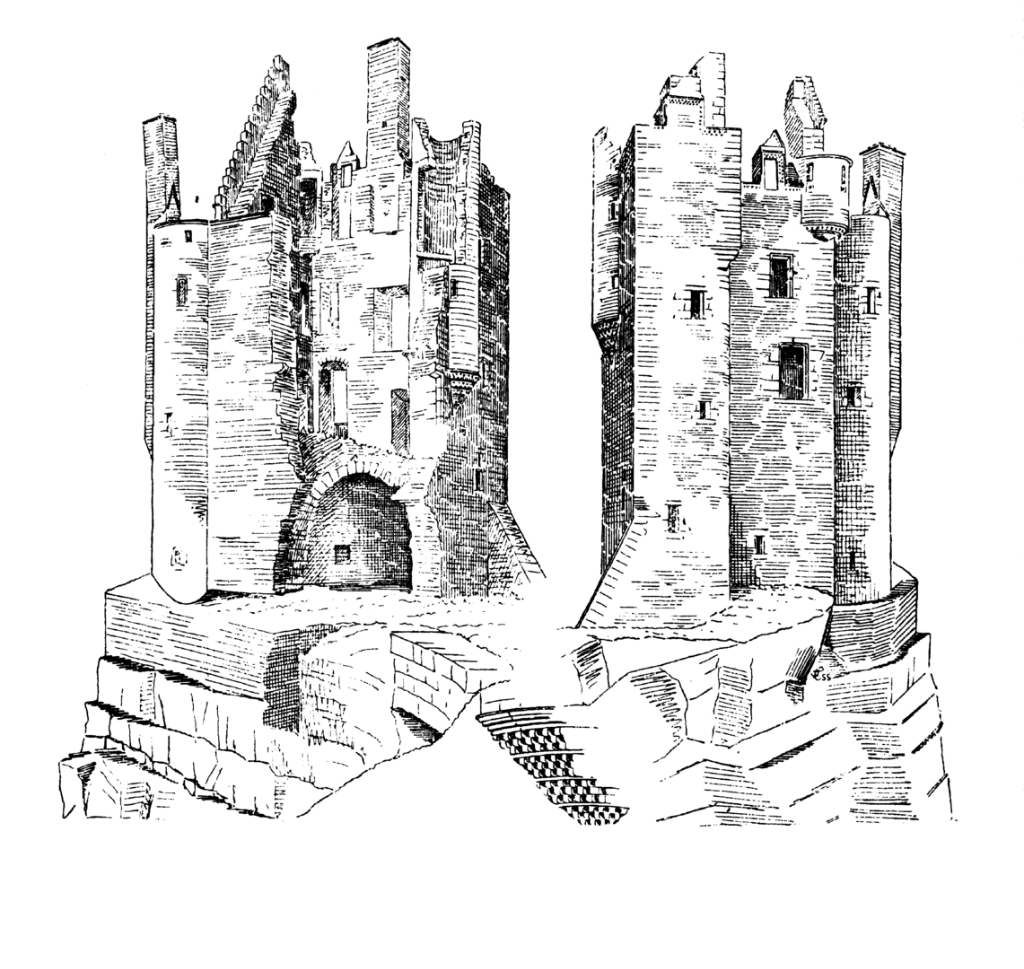 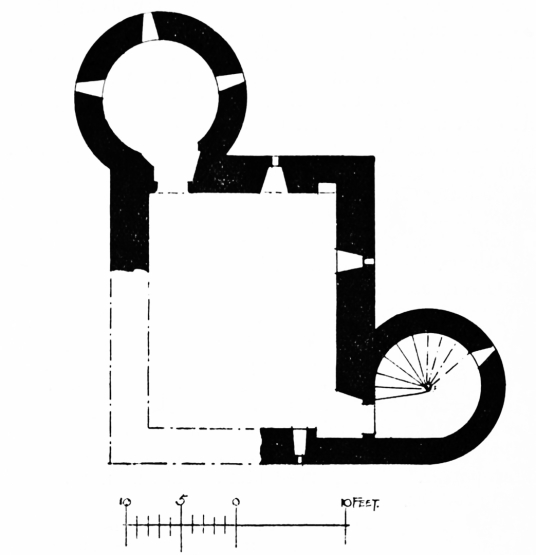 The basement was vaulted, the hall was on the first floor, and the upper floors were occupied by private chambers. 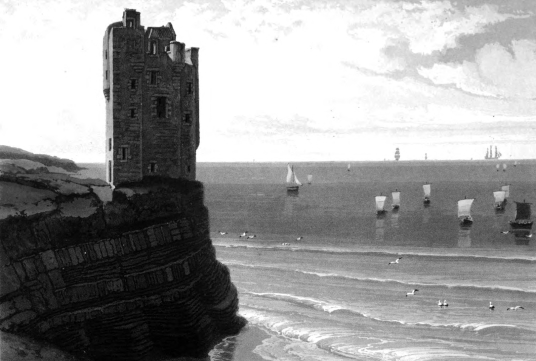 ‘Keece’ is marked on Blaeu‘s map of Caithness.
This was a property of the Sinclairs, and this is said to have been the favourite residence of George Sinclair, 5th Earl of Caithness. George Sinclair of Keiss recovered the Earldom of Caithness (also see Girnigoe Castle) from the Campbells in 1681 after the 6th Earl had left huge debts, and became the 7th Earl. 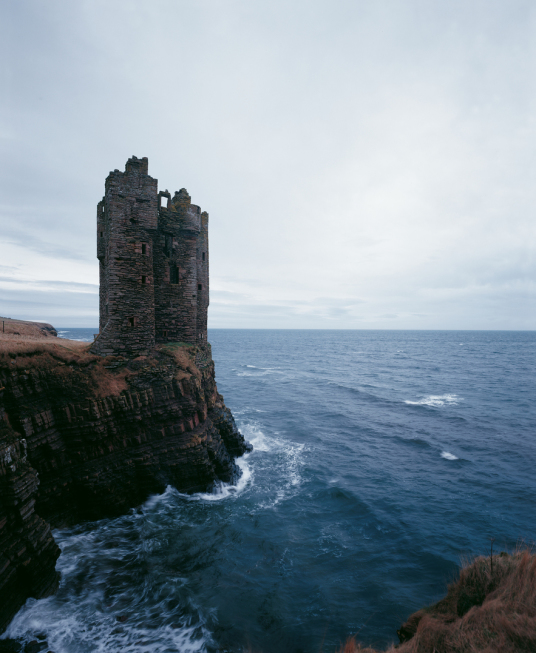 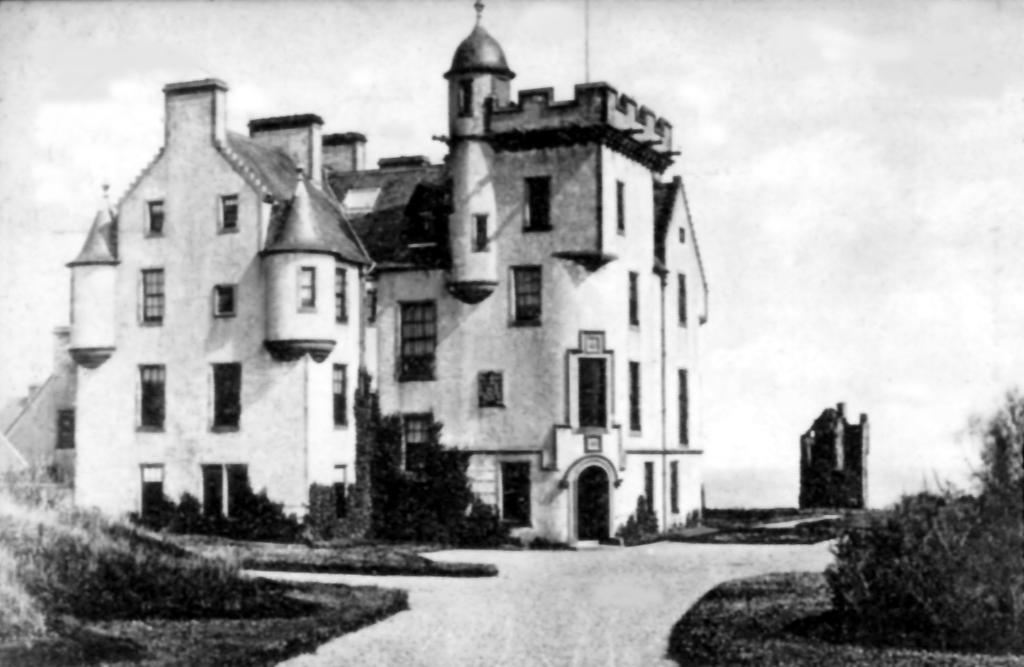 The castle was abandoned for the nearby new Keiss Castle [ND 355617], which was built in 1755 but remodelled and extended in 1860 to David Bryce’s designs, and is a castellated pile of two and three storeys with harled walls, bartizans, corbiestepped gables and a battlemented tower. The house was built for the MacLeays, but was sold to the Bentinck Earl of Portland in 1866. It is still occupied.
Part of the old castle collapsed when the cliff below it fell, and the ruin is in a very dangerous condition.