Duntrune Castle is a fine old building in a pretty spot, held by the Campbells and then the Malcolms of Poltalloch, near Lochgilphead and Crinan in Argyll in southwest Scotland. 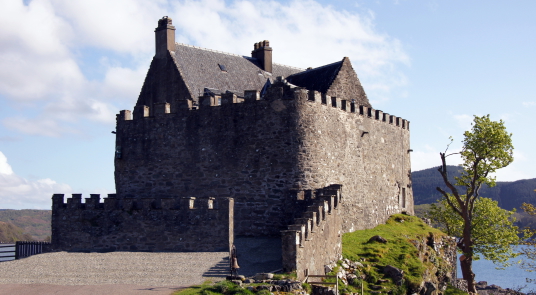 Argyll & Dunbartonshire: About 6.5 miles north-west of Lochgilphead, on minor roads west of B8025, on the north side of Loch Crinan, on Rubha an Moine, at Duntrune Castle. 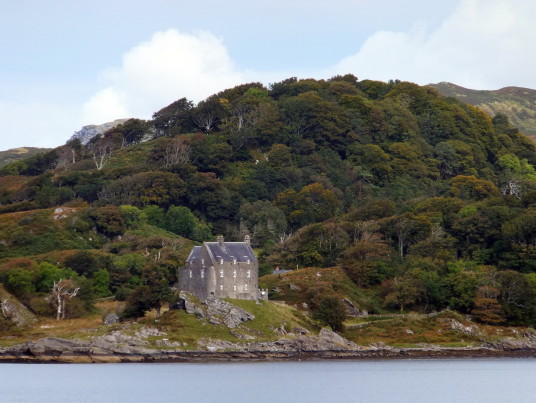 Believed to be the longest continuously occupied castle in Scotland, Duntrune, or Duntroon, Castle was originally a 12th- or 13th-century castle of enclosure. It consisted of a wall, crowned by a broad parapet and rounded at the corners, enclosing an irregularly shaped courtyard. In one corner an L-plan tower house was added in the 16th or 17th century. The corners of the tower are also rounded below roof level. The building was remodelled in the 18th century, the again in the 1830s. 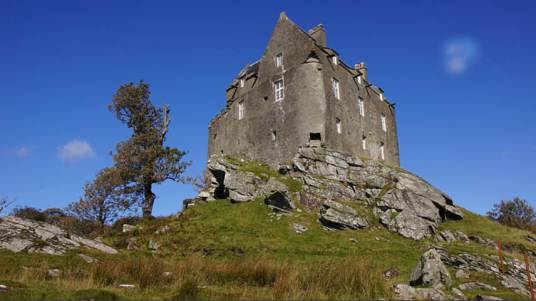 The entrance, in the re-entrant angle, leads to the barrel-vaulted basement, containing the kitchen and cellars, with a small stair to the hall on the first floor. There were private chambers above. 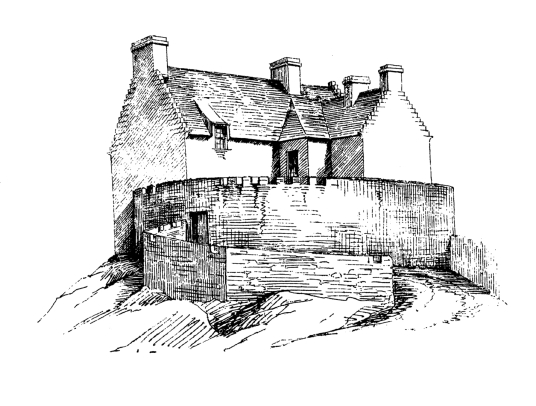 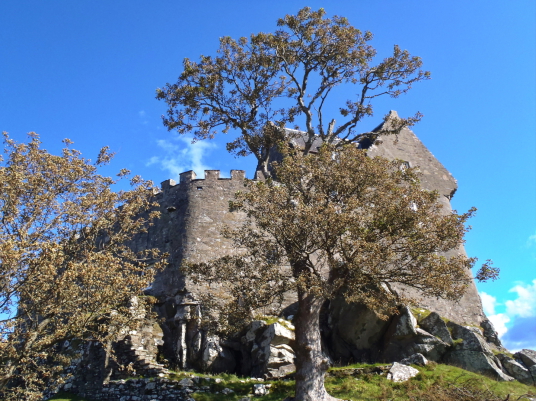 ‘Duntruyn Cat.’ is marked on Blaeu’s map of Lorn.
This was a property of the Campbells of Duntrune, and John Campbell of Duntrune is on record in 1587. The castle was besieged by a force led by Alasdair Colkitto MacDonald in 1644, after the Battle of Inverlochy, when the lands of the Campbells were ravaged by the Marquis of Montrose’s army. It was burnt by the Earl of Argyll in 1685. 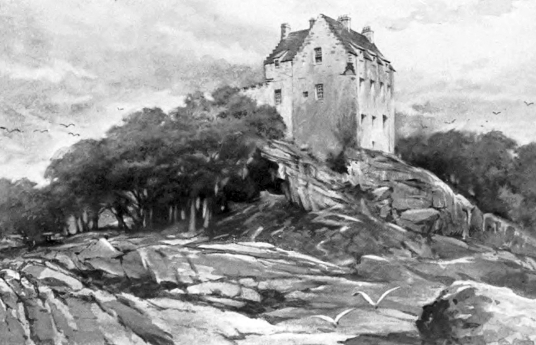 Patrick Campbell of Duntrune signed an oath of allegiance to George I in 1715. In 1792 the lands were sold to the Malcolms of Poltalloch, who still own the castle, and they had a loft and were buried at Kilmartin. The Campbells, formerly of Ashfield and Duntroon, live in England. 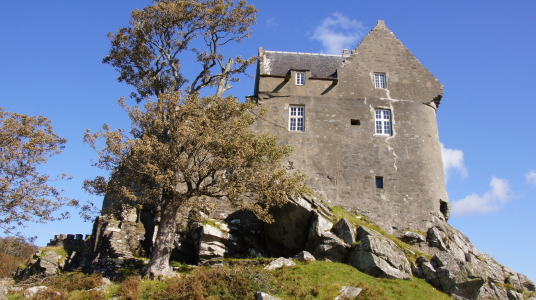 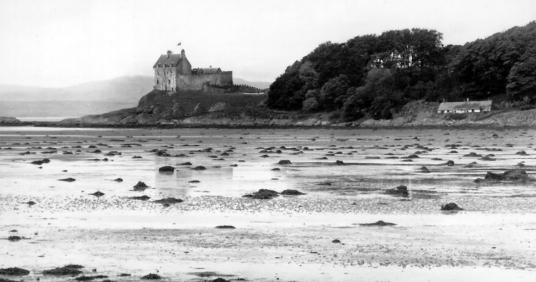 The castle is said to be haunted by a ‘well-authenticated’ ghostly piper. A MacDonald had been sent as a spy to try to capture the castle in 1615, but was discovered, and the only way he could warn his companions was to play the pipes. Both his hands or his fingers were chopped off in revenge, and he died to be buried under the kitchen flagstones.