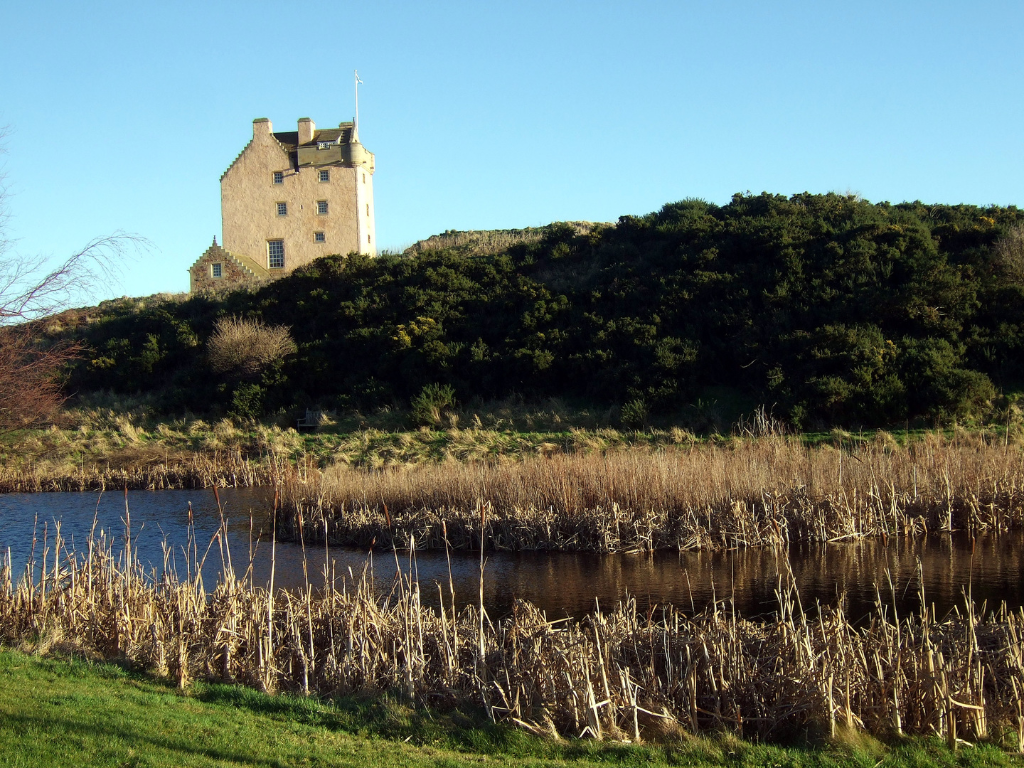 Fenton Tower is a 16th-century L-plan tower of four storeys and a garret, which has been restored. The building is dated 1587, although there may have been a stronghold here from as early as the 11th century. The wing is crowned by a crenellated battlement with open rounds, and there is a corbelled-out stair-tower with a conical roof in the re-entrant angle. The walls are harled but not pink-washed (!). 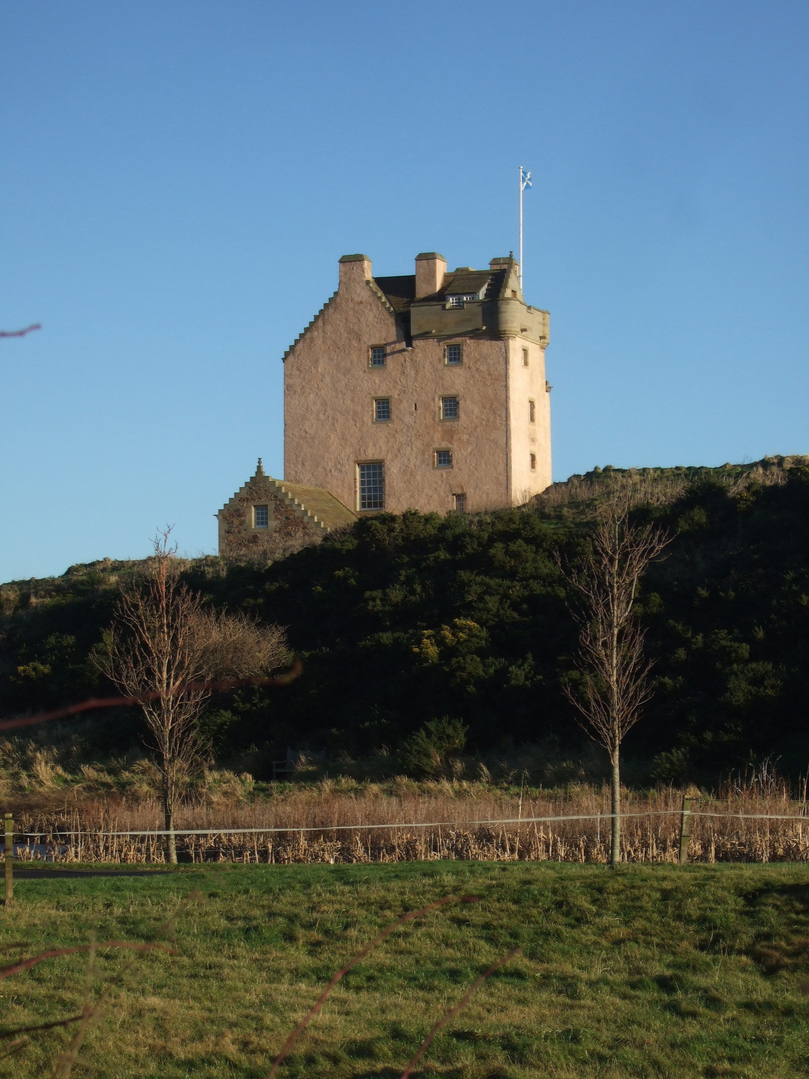 The entrance leads to the vaulted basement and to a wide turnpike stair to the first floor, while the upper floors are reached by the turret stair. A small separate turnpike stair links the one basement chamber, probably the wine cellar, with the first floor.
‘Fentoun Tour’ is marked on Blaeu’s map of The Lothians, then ‘Fentontour’ on Adair’s map of East Lothian. 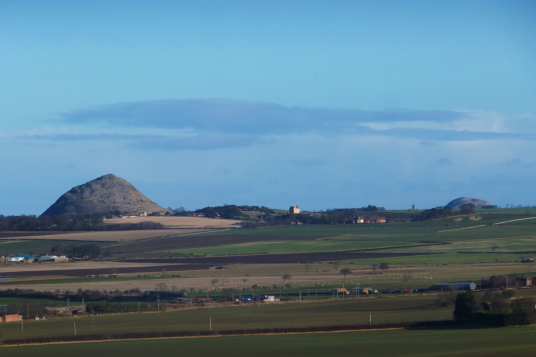 The property, which is also known as Over Sydserf, was originally owned by the Fentons, and Sir John de Fenton is mentioned in 1308, while John of Fenton of that Ilk is mentioned in judicial proceedings towards the end of the 15th century. The property passed by marriage to the Whitelaw family, who were forfeited in 1587 (or earlier as Patrick Whitelaw of that Ilk was summoned for treason at his dwelling place of Fenton in 1568 and later). 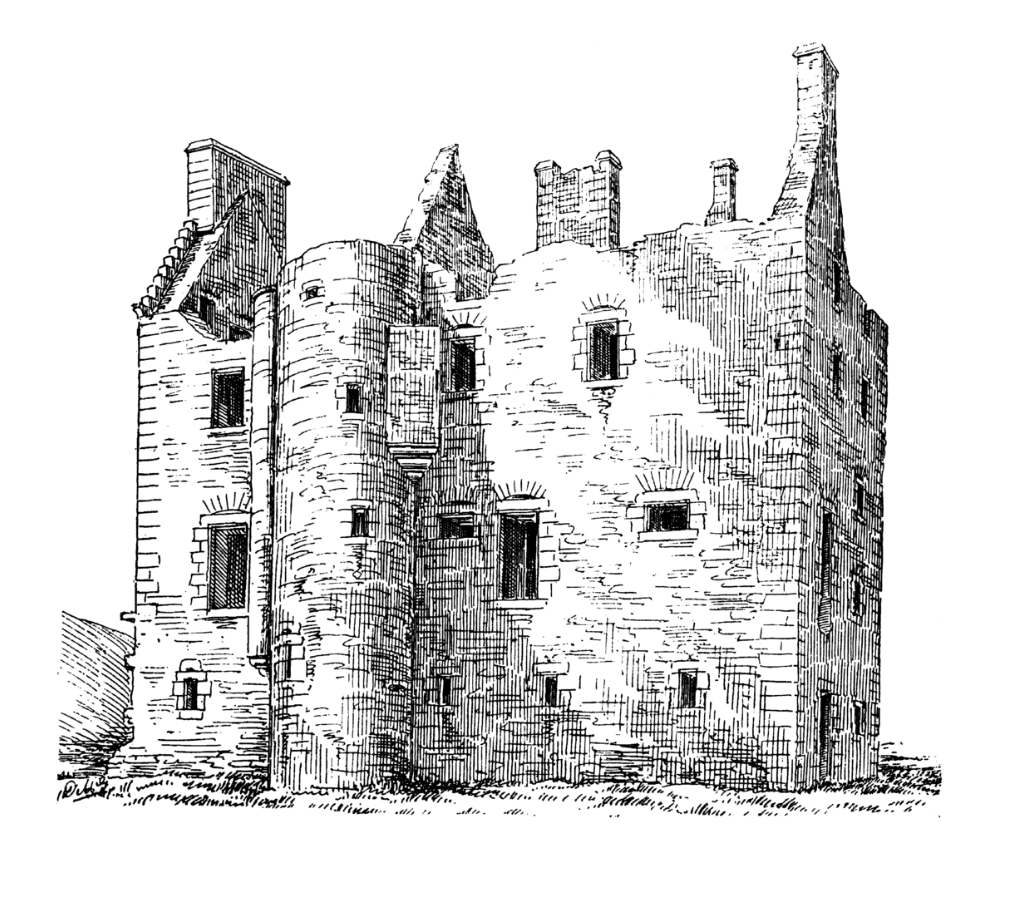 The property passed to the Carmichaels by 1592 when Sir John Carmichael of that Ilk had a ratification in his favour, with the tower, fortalice, manor place etc. Sir John was the Scottish Warden of the Marches, and had argued with the English Warden, Sir John Foster, at a meeting at Carter’s Bar in 1575. A battle resulted which the Scots eventually won, slaying many and taking captive several of the English leaders, embarrassing the Scottish leadership of the time. 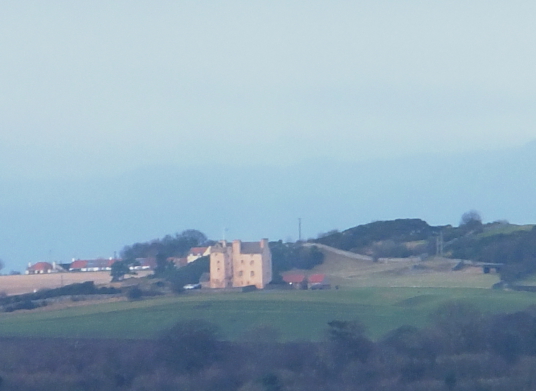 James VI had sheltered here in 1591 after escaping from a rebel army in Fife. In 1600 Carmichael was ambushed and murdered by the Armstrongs after he had tried to bring some of them to justice for reiving. 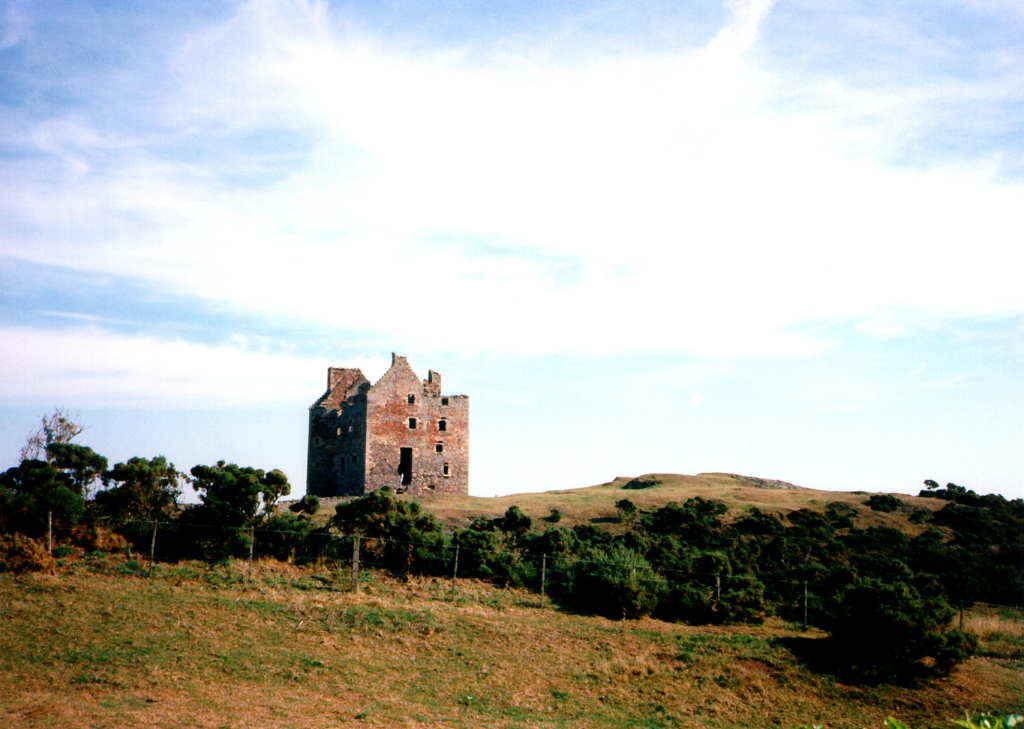 The lands were given to the Erskines, who were made Viscounts Fenton, Lords Dirleton and eventually Earls of Kellie. The property passed to the Maxwells of Innerwick in 1631, and the castle was sacked in 1650 by Cromwell’s forces and became ruinous. The property was held by Sir John Nisbet of Dirleton, which was confirmed in a ratification of 1669 which mentions the tower, fortalice, manor place, etc. The castle was restored from the 1990s.
The castle was used in the CBBC series Balamory as Archie’s Castle.