Fife: About 2 miles south-west of Aberdour, on minor roads south of A921, just east of Dalgety Bay, to north of St Bridget’s Kirk, at Dalgety.

OPEN: St Bridget’s Kirk is in the care of HES and is open to the public (walk from car park). 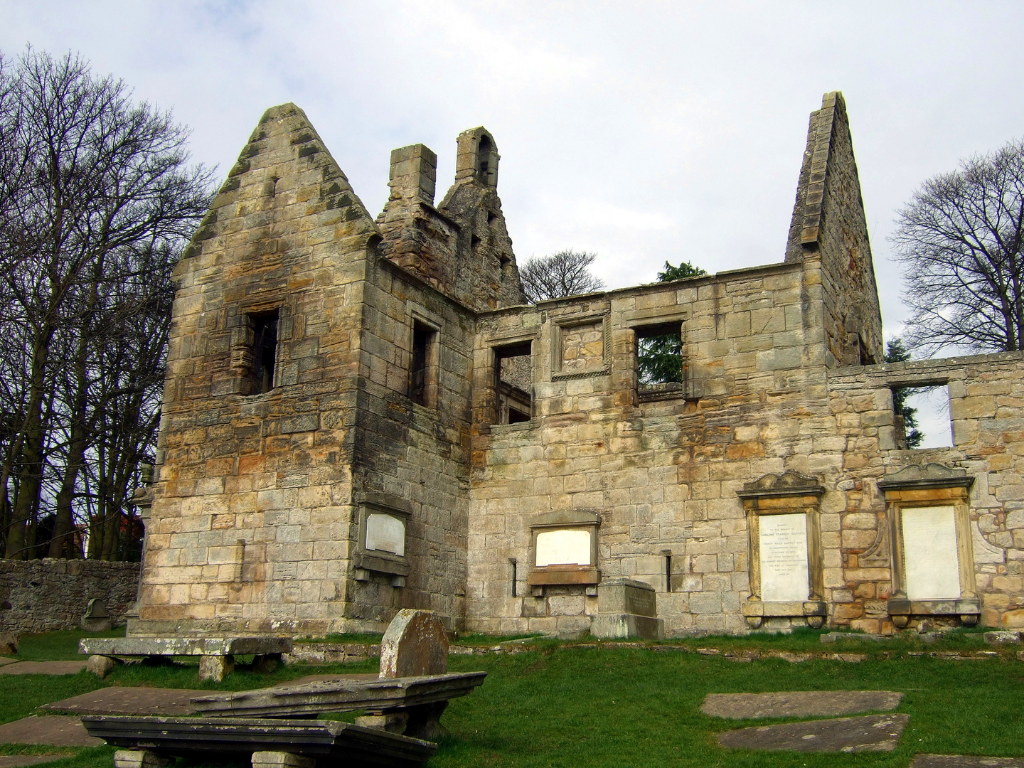 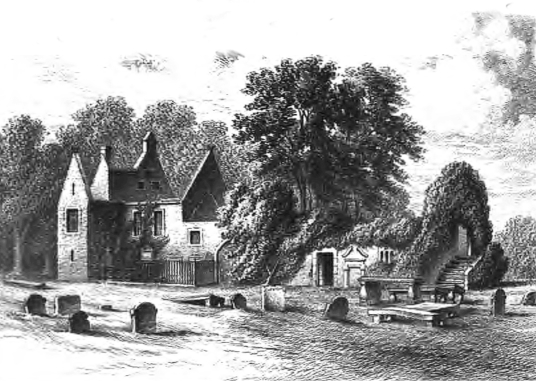 This was the favourite residence of Sir Alexander Seton, Earl of Dunfermline and Chancellor of Scotland, who died at Pinkie House in 1622 and was son of George Seton, 5th Lord Seton. Lillias Drummond, his first wife, died at Dalgety in 1601 (see Fyvie Castle). Seton and Lillias (and also his second and third wives) are buried in the now ruinous shell of nearby St Bridget’s Kirk [NT 169838] at Dalgety, where there is a burial vault and laird’s loft (a separate extension, like a small tower house). 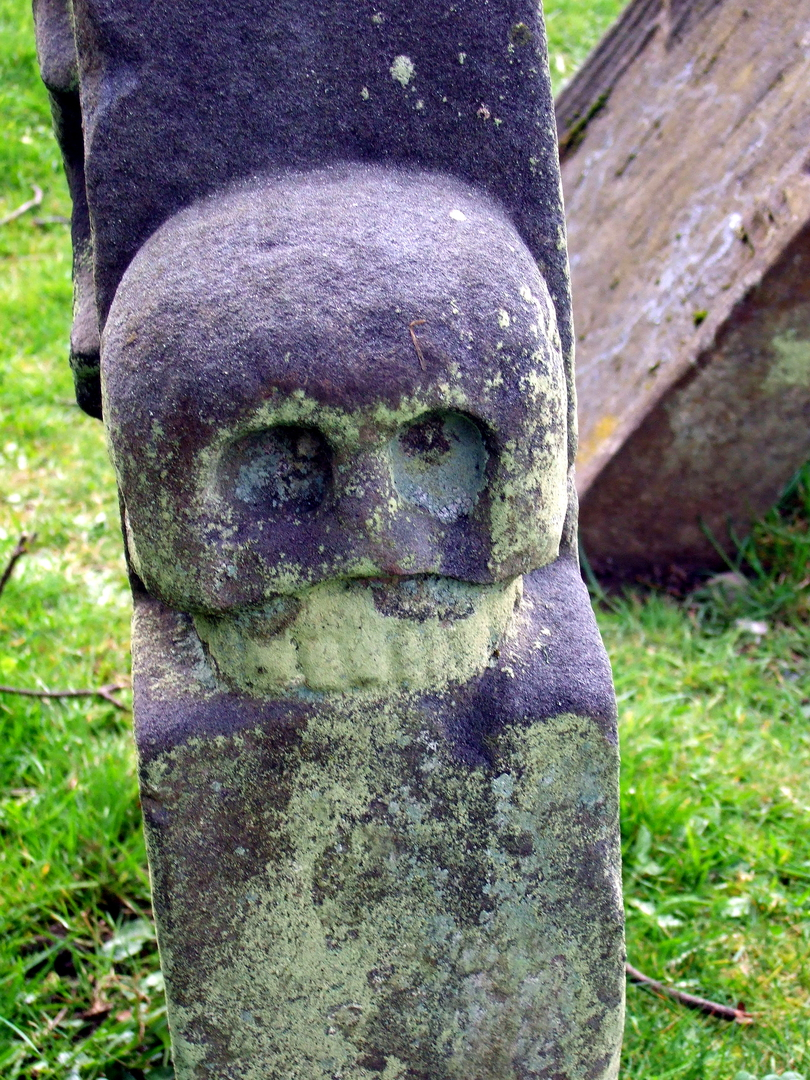 There are several interesting old burial markers and monuments in and around the church. James, the 4th Earl, was forfeited for supporting the Jacobites in the 1689-90 Rising and died in poverty abroad and without heirs. 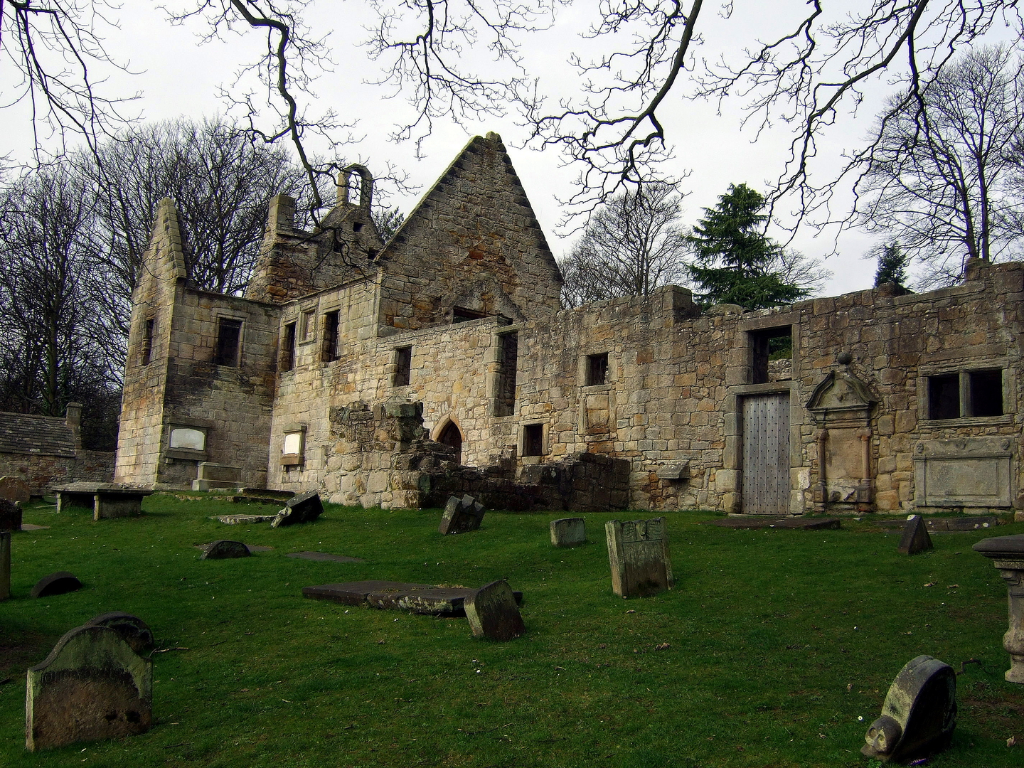 There was a village of Dalgety, which stood near the church, but there are no remains.