Galloway: In Stranraer, short distance south-west of junction of A77 with A75, Charlotte Street, in centre of town. 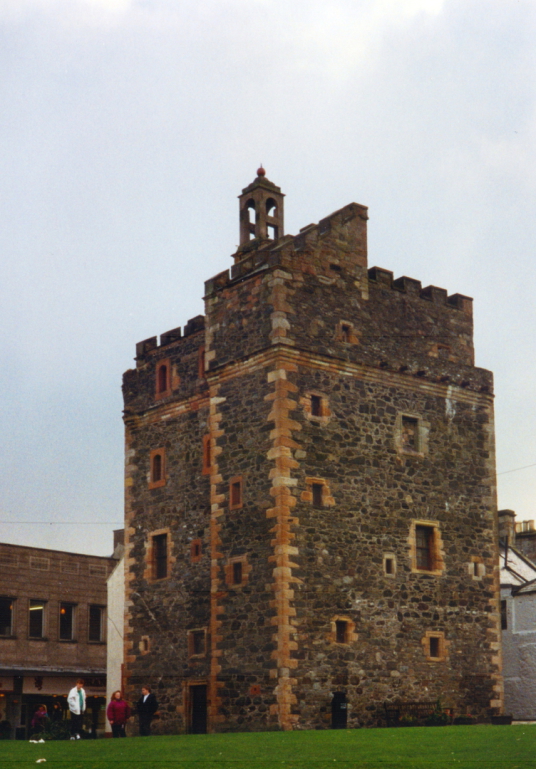 Stranraer Castle, which is also known as the Castle of St John and was known as Chapel, is a much-altered 16th-century L-plan tower house of three storeys within a corbelled-out parapet, and has a 17th-century storey above parapet level. 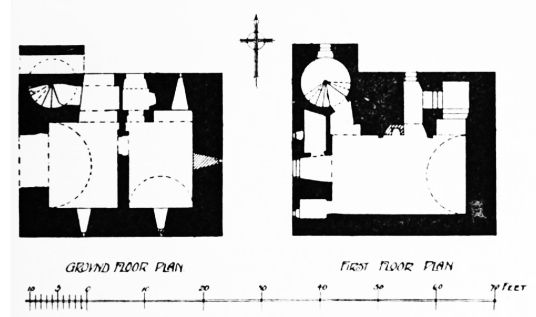 The building has been much added to and altered internally, but the basement is vaulted, and the large hall was on the first floor. A turnpike stair climbs to the upper floors. 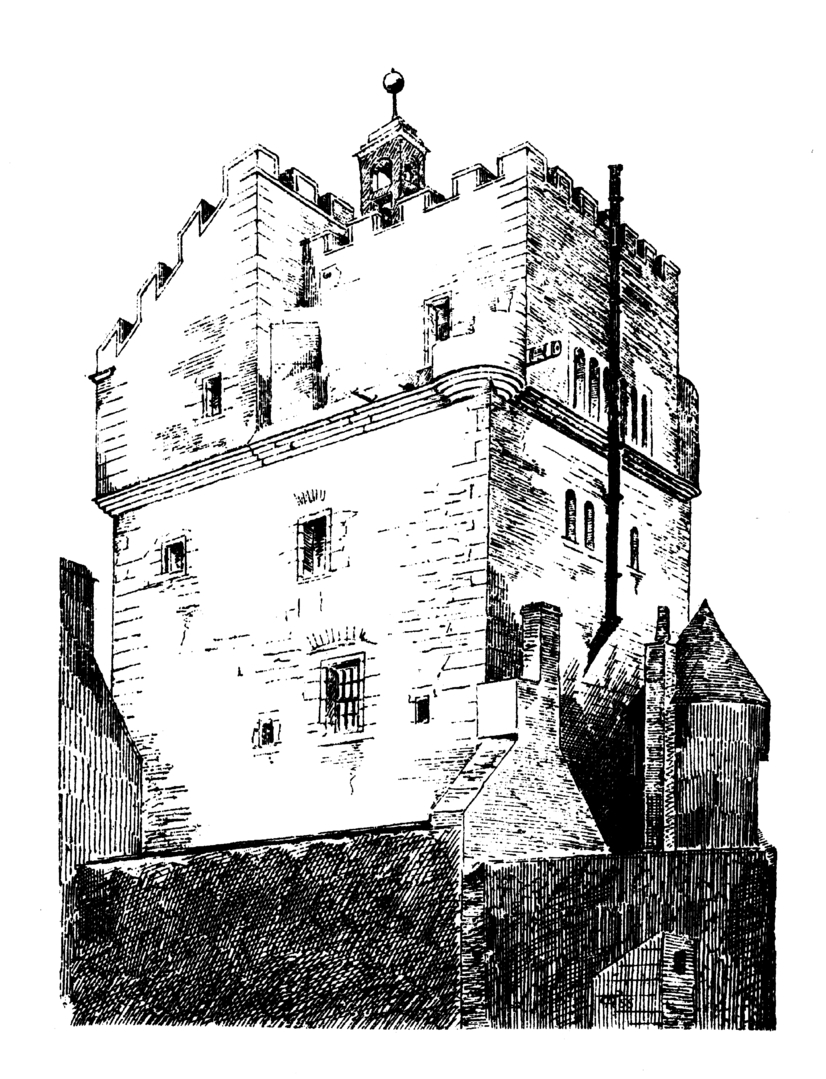 The castle is depicted on Blaeu’s map of Wigtown and is marked as ‘Chapel’, ‘Stronrawyr’ also being marked on the other side of the river. 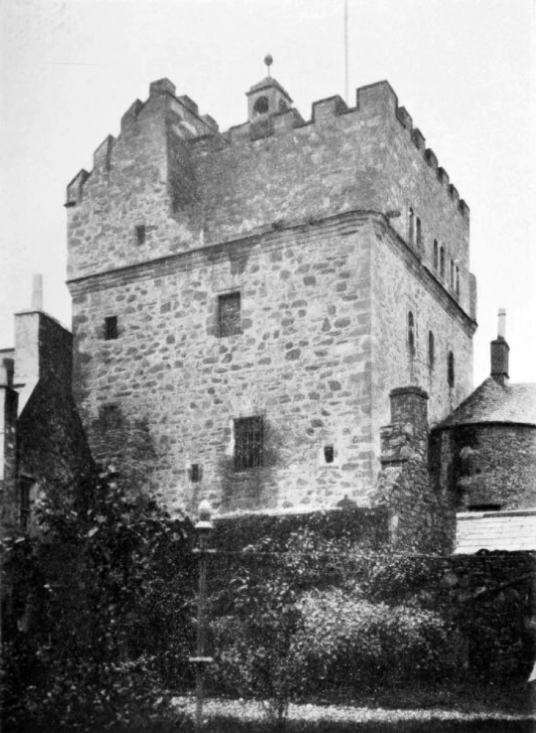 The castle was probably built by Adair of Kilhilt around 1511, possibly Ninian Adair of Kilhilt, although it may be older. It had passed to the Kennedys of Chapel by 1596, and Hugh Kennedy of Chapel is on record in 1617. The tower went to the Dalrymples of Stair around 1680 when Sir John Dalrymple of Stair purchased the property.

John Graham of Claverhouse, ‘Bonnie Dundee’ or ‘Bloody Clavers’, stayed here while suppressing Covenanters from 1682-5 as one of his duties as the Sheriff of Galloway.

The ground around the castle was cleared of 19th-century buildings in the 1970s. The castle was being used as a store in 1912, but is now a museum, with exhibitions telling the history from its building through Covenanting times to its use as a town jail in the 19th century.

Stranraer was made a royal burgh in 1617, and was for many years was the port for ferries to Ireland, having replaced Portpatrick, as well as a fishing port. The service has since been moved to Cairnryan.