Argyll & Dunbartonshire: About 6 miles north of Oban, on minor roads west of A828, on north side of Ardmucknish Bay, at Lochnell. 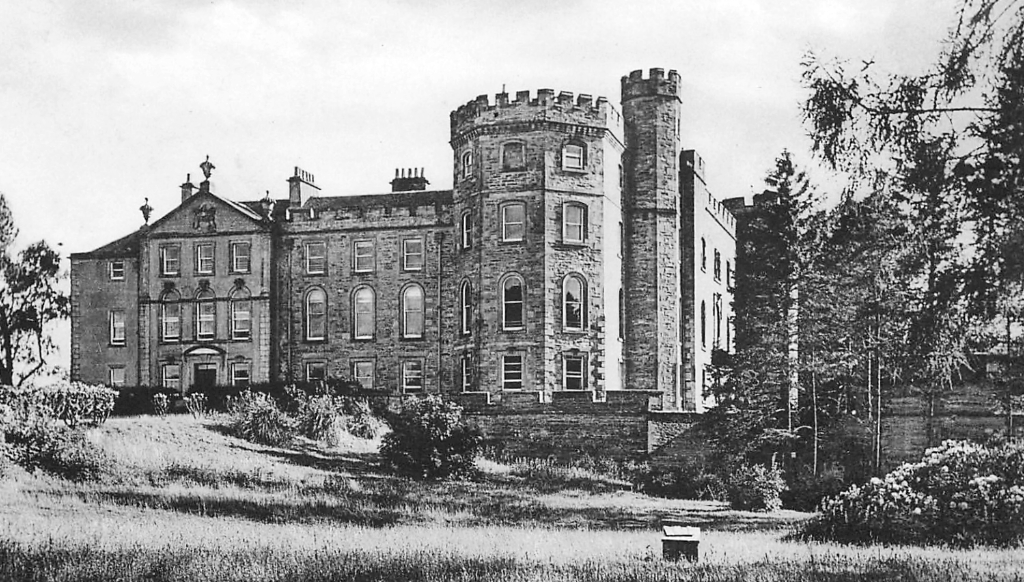 Lochnell House is a large classical and baronial battlemented mansion of three and four storeys, which has been added to and extended down the centuries. It incorporated part of a 17th-century block in one wing. The house was damaged by a serious fire about 1859 (or 1885), but has since been mostly restored.

The house is called after the family’s older residence on an island in Loch Nell [NM 8982281], which is about 3 miles east and south of Oban.
Lochnell House was built by the Campbells of Lochnell, and Archibald Campbell, laird of Lochnell, is on record in 1587, while Colin Campbell of Lochnell made a deposition in 1661. The house was built by Sir Duncan Campbell, 7th of Lochnell.
The mansion has been held by the (Douglas Blair) Cochrane Earl of Dundonald since 1912, when they purchased the estate.
The Campbells of Lochnell had a burial aisle at Ardchattan Priory [NM 971349].
The house is said to have had a brownie, and ghostly music has reportedly been heard here. Another story is that the staircase was made from wood from an ancient and holy yew tree that grew on Bernera island off Lismore, and under which St Columba preached (or perhaps St Moluag?). A series of disasters befell both those involved in felling the tree and then moving it (the boat in which it was being transported sank with loss of life) and the Campbells themselves, including the burning down of the house.