Argyll & Dunbartonshire: In Rothesay on island of Bute, on minor roads south A886, south of Rothesay Bay. 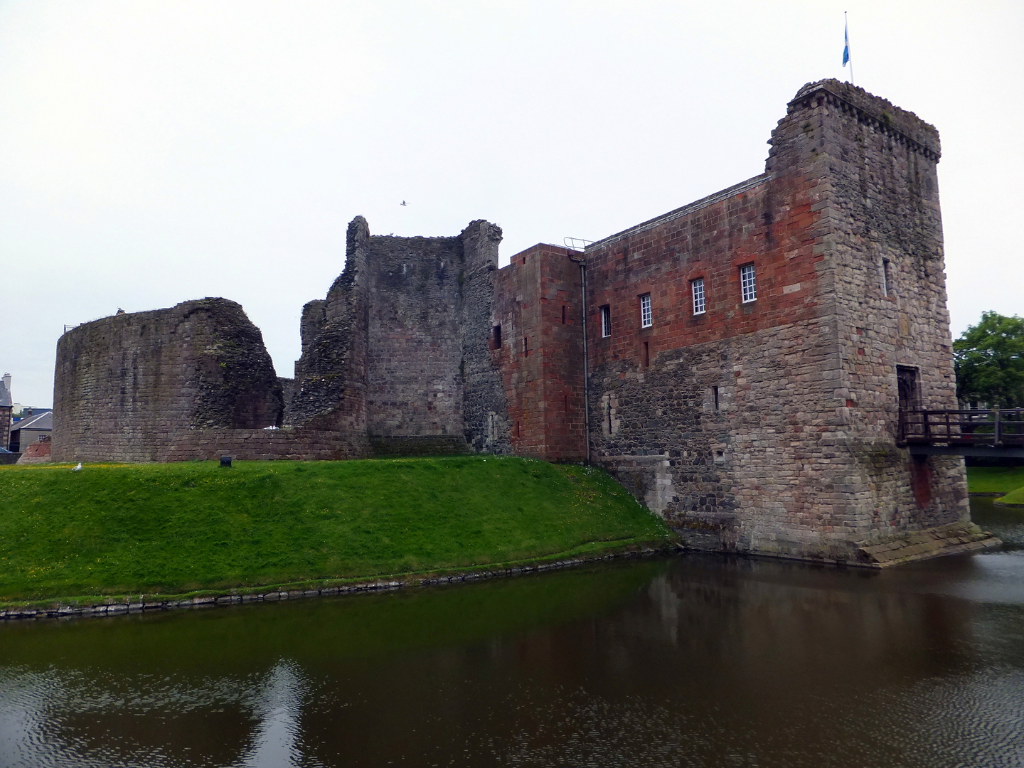 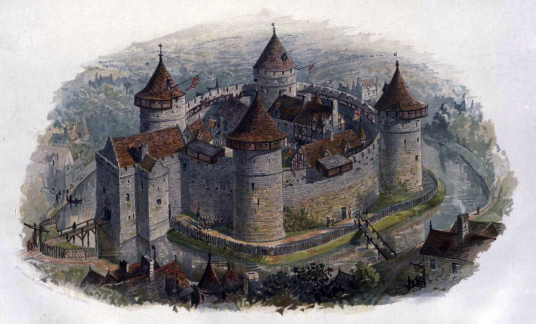 Rothesay Castle: as it may have looked in the 16th century (Hewison, 1895)

Surrounded by a wet moat and built on a round mound or motte, Rothesay Castle consists of an enormous 12th-century ropund shell keep, with four later massive round towers. In the late 15th century a large rectangular tower and gatehouse were added, built for comfort as well as defence, and then completed by James V after 1541. Parts of the castle, especially the gatehouse, were restored in the late 19th century. The sea was formerly much closer to the castle. 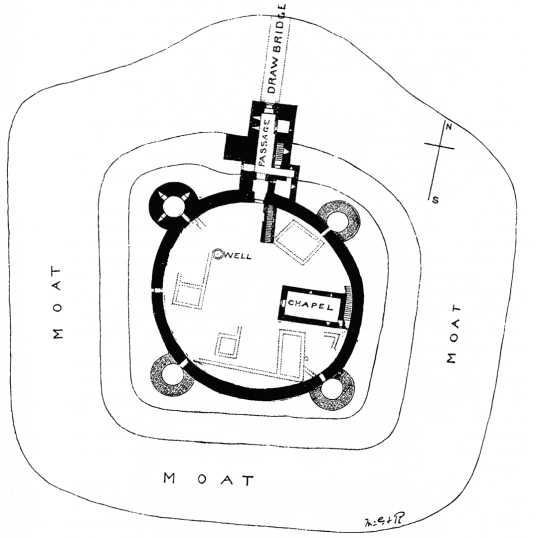 The entrance leads through a long vaulted passage, in the floor of which is a trapdoor to a pit-prison. The first-floor hall can be reached by a narrow mural stair or by external steps within the castle walls. There were private chambers on the floors above the hall. The chambers house an exhibition about the castle and its royal owners. 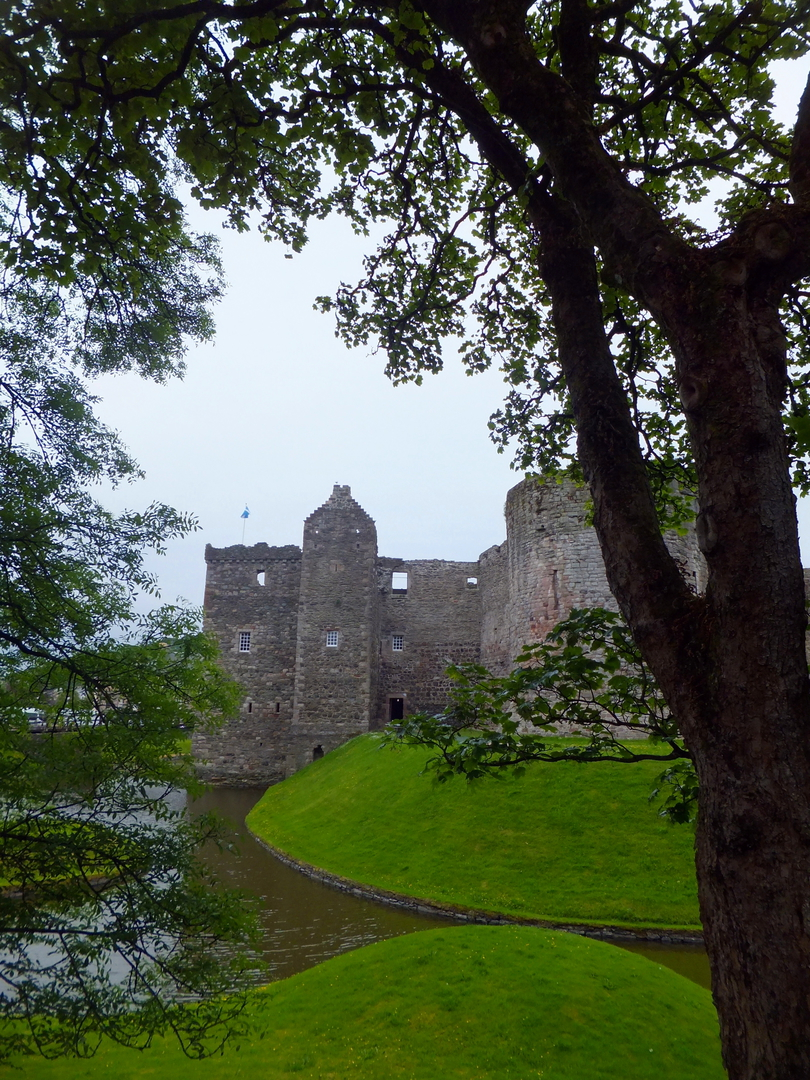 ‘Rothesay’ is marked on Blaeu’s map of Bute.
The castle was attacked by Norsemen in the 1230s, who cut a hole in the wall with their axes. It was captured in 1263 by King Haakon of Norway, before he was defeated at the Battle of Largs. The Stewarts were keepers of the castle.
The castle was held by the English during the Wars of Independence, but was taken by Robert the Bruce, only to be captured again by the English in 1334, to be recaptured once again by the Scots. 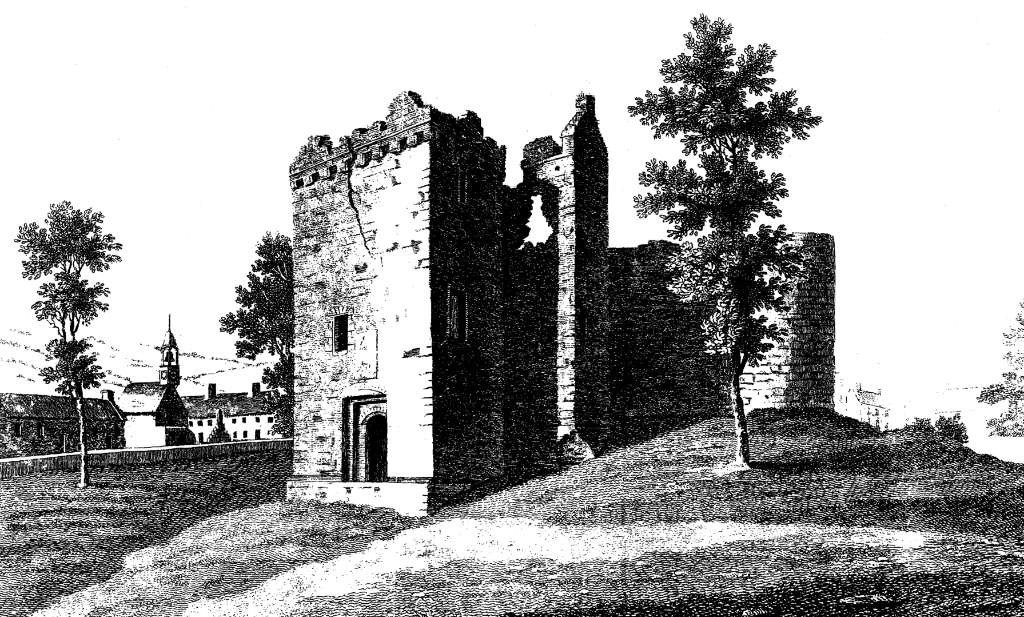 This was a favourite residence of Robert II and Robert III, who died here in 1406. In 1401 Robert III made his son David Duke of Rothesay, a title since taken by the eldest son of the kings of Scots and currently held by Prince Charles (David, himself, did not fare so well and was starved to death at Falkland before he could be king). 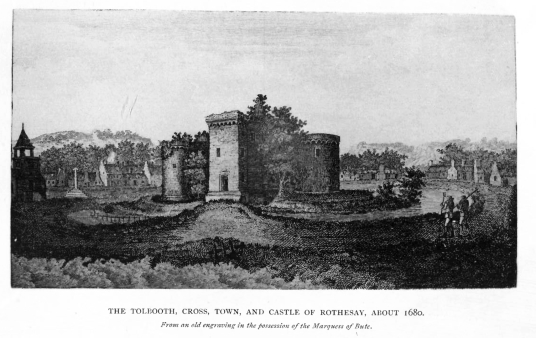 The castle was besieged by the Earl of Ross in 1462, the Master of Ruthven in 1527, and in 1544 was captured by the Earl of Lennox on behalf of the English. It had been visited by James V, who completed the gatehouse block. In the 1650s it was held for Charles I, but later taken by Cromwell, whose men damaged the castle. George Mackenzie of Rosehaugh in 1681 had a ratification for the barony of Bute, with the castle, fortalice and manor place of Rothesay. 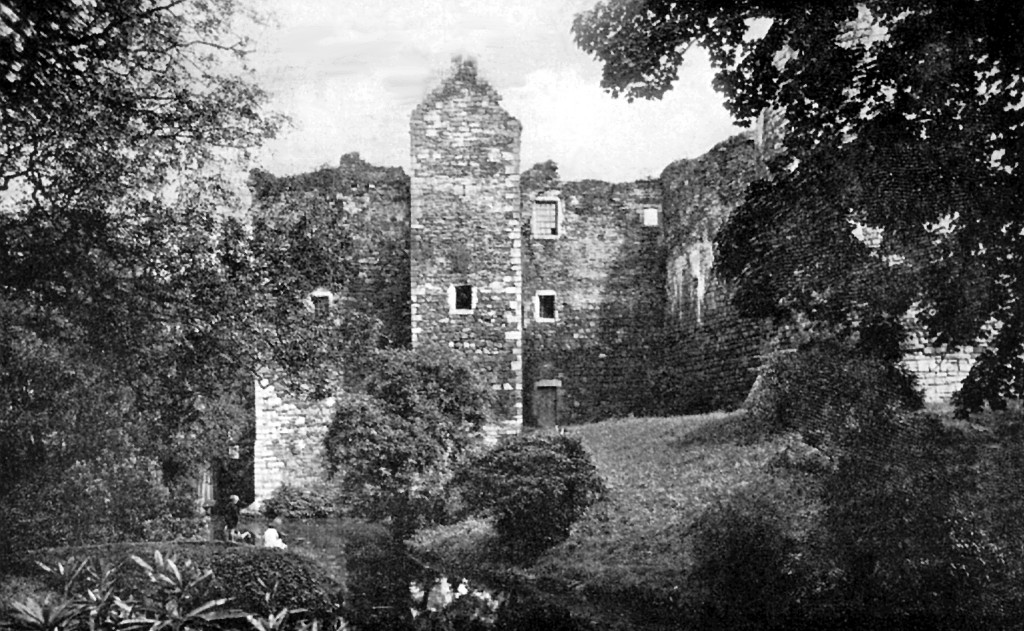 Argyll’s forces torched the castle in 1685, and it was very ruined until 1816 when it was repaired and partly rebuilt – somewhat crudely – by John Crichton-Stuart, 2nd Marquess of Bute, between 1872 and 1879. It was placed in the care of the State in 1951. The Crichton-Stuart Marquesses of Bute moved to Mount Stuart, further south on the island. Although the castle is an interesting ruin, Rothesay itself has seen better days and has somewhat of a feel of decay and abandonment…and a lot of incontinent seagulls. 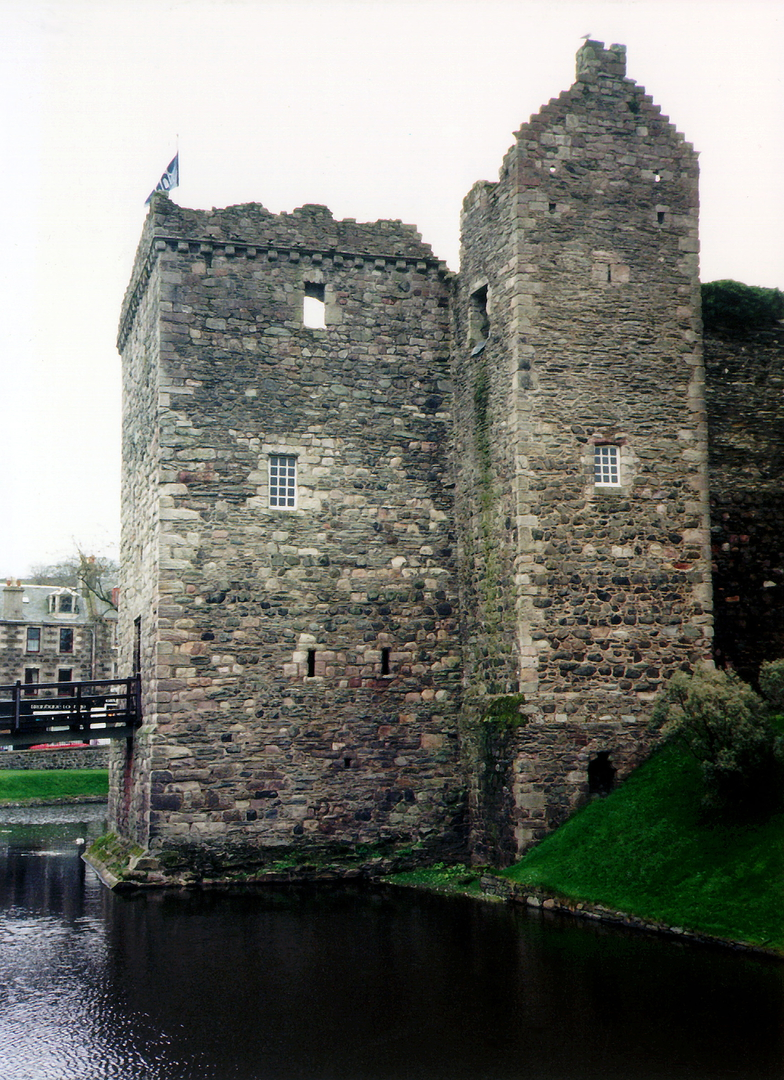 According to a 19th-century ballad, the castle is haunted by a Lady Isobel, her apparition seen on the ‘Bloody Stair’, behind the chapel. Her family were killed by Norsemen, and rather than submit to marriage (or worse) with a Viking she stabbed herself to death. 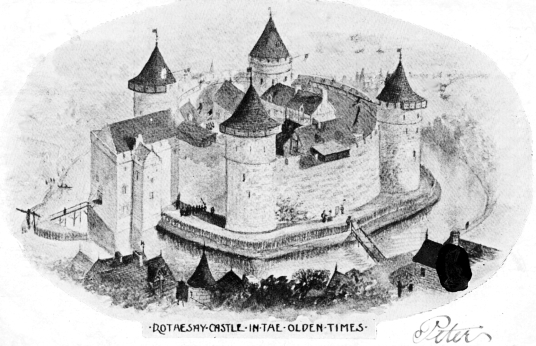