Fife: About 2 miles north-east of Glenrothes, on minor roads east of A92 or north of B9130, 0.5 miles north-west of Markinch, at Balbirnie. 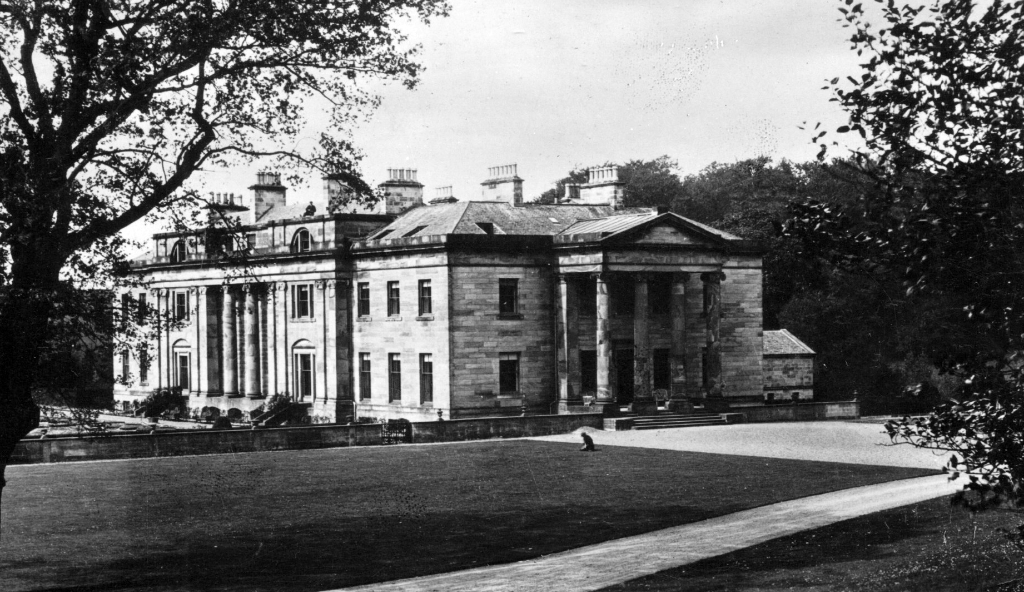 Site of castle or old house, some of which may be incorporated into the present mansion. Balbirnie House, a long striking classical mansion with columns and pilasters, dates from 1777 with extensions from 1815 and later. The mansion rises to two storeys with a vaulted basement and attic.
‘Balbirny’ is marked on Blaeu’s map of Fife. then ‘Balbirnie’ on Adair’s map of the east part of Fife, depicted in wooded policies. 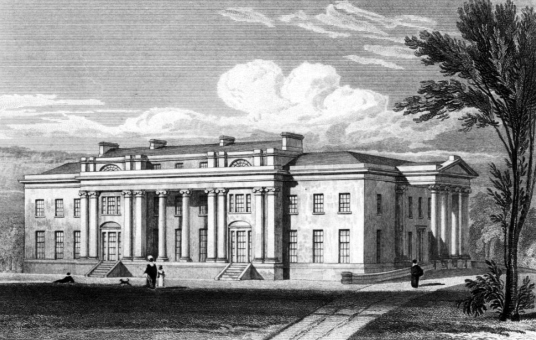 Balbirnie was held by the Clerks in the 16th century, and Alexander Clerk of Balbirnie was Provost of Edinburgh from 1579 until 1584. The property went to the Balfours, who held Balbirnie from 1642 until 1969 and mined coal on the estate. Robert Balfour of Balbirnie was a Major-General in the British Army, although he had been court-martialed when a lieutenant-colonel. The property was acquired by the Glenrothes Development Corporation in 1969.
Since 1989 the mansion has been used as a hotel, and it stands in 416 acres of landscaped country park with fine gardens.
The hotel is said to be haunted, and unexplained voices and footsteps have reputedly been heard.