Sutherland & Caithness: About 3 miles north of Wick, on minor roads and footpath east of A9 in Wick, 0.5 miles west of Noss Head, at Girnigoe Castle.

OPEN: Open May-September: medium walk to site – view from exterior and great care should be taken. May be closed for safety reasons.
Web: www.castlesinclairgirnigoe.org 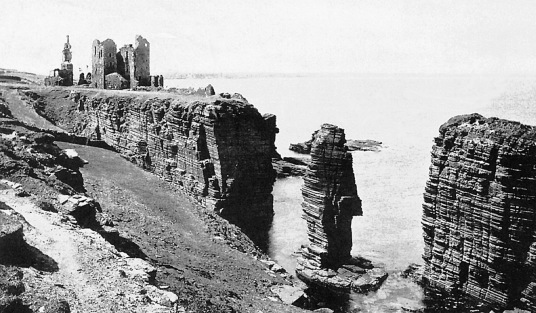 Standing on a rocky promontory in the sea, Girnigoe Castle and Castle Sinclair were formerly thought to be two separate fortresses, although they stand very close together. Current thinking is that they were built as one castle. The place is prominently marked on Blaeu‘s map of Caithness with ‘Girnigho or Groen gho. now called Castell Sincleer’.
Girnigoe Castle is a 15th-century altered tower, and consists of a main block and two projecting wings, creating a U-plan building. It had a walled courtyard, with a gatehouse and a drawbridge to span a deep ditch cutting off the promontory. 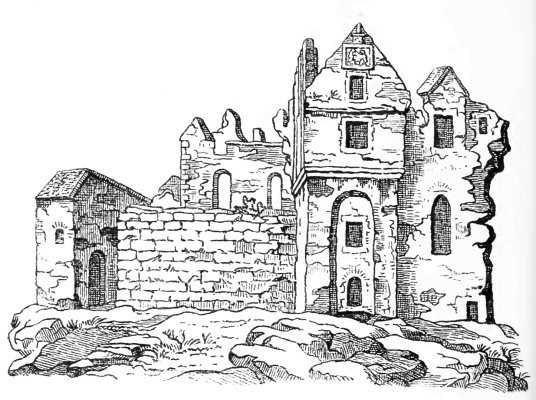 The main block rises to five storeys but, due to the uneven level of the ground, the main block basement is a storey lower than the wings. The entrance was in the stair-wing. The vaulted basement contained the kitchen, with a small stair up to the hall above. The hall, on the first floor, has been a fine chamber, and has a decorated oriel window. 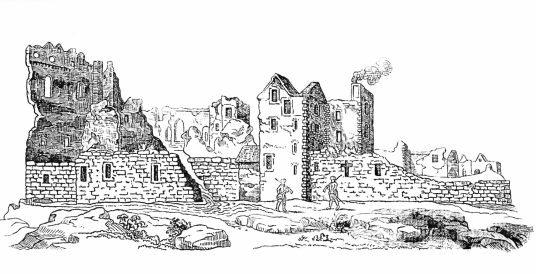 In 1472 the Sinclair Earls of Orkney were forced to resign the earldom and were given Caithness and Ravenscraig as compensation, also holding Roslin Castle in Midlothian. The 2nd Earl, William Sinclair, built a castle here but died at the Battle of Flodden in 1513, and the next Earl, John, was slain in battle in 1529 on Orkney. In 1571 George, 4th Earl, had John, Master of Caithness, his son and heir, imprisoned in the dungeons for seven years. The Master was fed on salted beef, and denied water so that he died mad with thirst. The Earl also tried to seize the earldom of Suhtherland (Dunrobin Castle) with much slaughter, although he was ultimately unsuccessful (see Helmsdale Castle and Dornoch Palace) 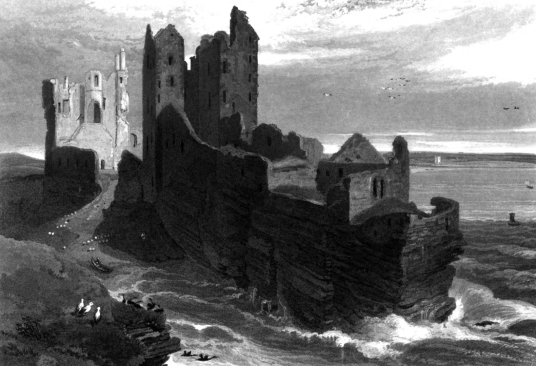 George, 5th Earl, built Castle Sinclair, but feuded with the Earl of Sutherland and put down a rebellion in Orkney in 1615. Cromwell had the castle garrisoned in the 1650s. The 6th Earl, another George, had huge debts with Campbell of Glenorchy, and the earldom and lands were claimed by the Campbells. In 1679 the castle was besieged and captured by George Sinclair of Keiss, who also claimed the earldom. 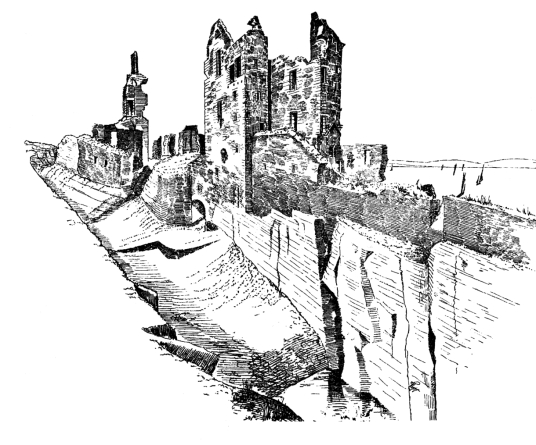 The Sinclairs were brought to battle at Altimarlech, where they were slaughtered in such numbers that the Campbells reportedly could cross the river without getting their feet wet. However, the Sinclairs recovered the earldom in 1681, while the Campbells were made Earls of Breadalbane. The castle was damaged during the attack, and was not reused. 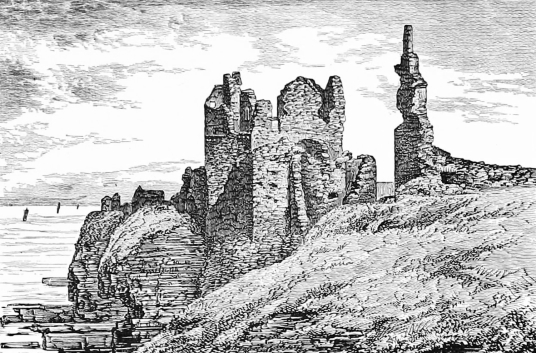 The property passed to the Dunbars of Hempriggs, but was sold back to the Sinclairs about 1950, and the castle is now held in trust. The Earls of Caithness live in Oxfordshire in England.
Thhe ruins and cliffs are dangerous and great care should be taken if visiting.
The Sinclairs were not noted for avoiding a fight with their neighbours:
‘Sinclair, Sutherland, Keith and Clan Gunn,
There was never peace when they four were in.’