Stirling & Clackmannanshire: About 5.5 miles east of Balfron, 0.5 miles north of Fintry, on minor roads east of B822, west of Fintry Hills, north of the Endrick Water, at Culcreuch. 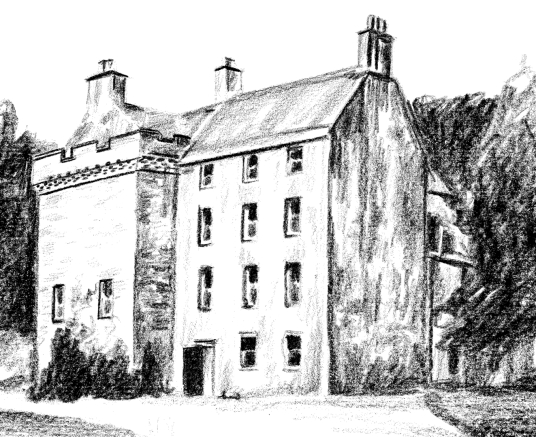 Set in 1,600 acres of park land below the Fintry Hills, Culcreuch Castle consists of an altered 15th-century tower of three storeys and a garret within a corbelled-out parapet. It has been altered, with the insertion of larger windows, and then extended in the 18th century. The walls are about 5-foot thick. The original entrance, which has been built into later work, led to the barrel-vaulted basement, and to the main stair to the first-floor hall. A stone is dated 1721 and has the initials of John Napier and his wife.
‘Kilcroich’ is marked on Pont’s map of Stirling. 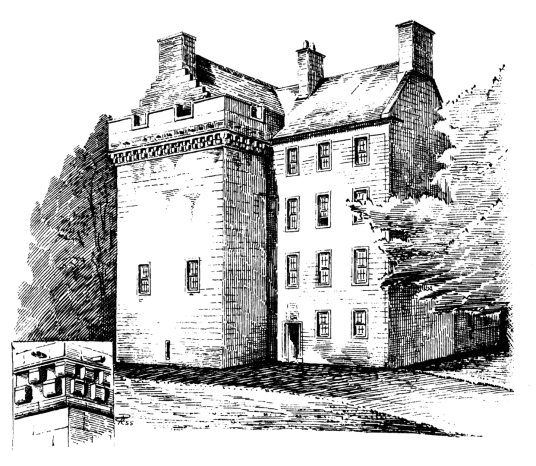 Culcreuch was a property of the Galbraiths of Culcreuch. In 1489 Thomas Galbraith of Culcreuch was defeated at Talla Moss during his support of the rebellion of Lord Lyle and the Earl of Lennox, and he was hanged and forfeited. The following year his brother, James, was restored to the family estates as part of a general amnesty. In 1592 Robert Galbraith of Culcreuch got a commission to pursue the outlawed MacGregors, but used the power to persecute the Colquhouns and MacAulays, burning their property. He was outlawed and imprisoned in Edinburgh Castle when in serious debt, and in 1619 wadset his properties, including Culcreuch, to his brother-in-law, Alexander Seton, whom he later attacked. Seton became a judge and took the title Lord Kilcreuch. Having been denounced as a rebel Robert surrendered his estate to Seton in 1622, and then went to Ireland with his family, never to return. 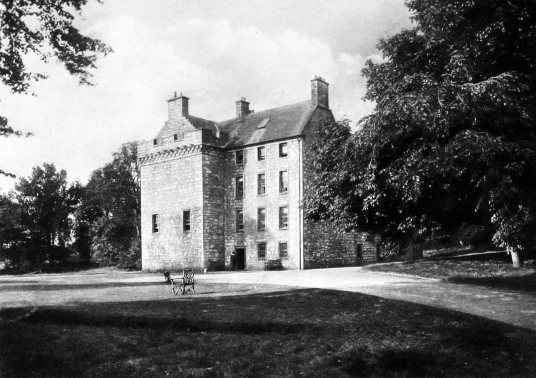 The Setons sold the property to the Napiers, and Cromwell is said to have had the castle garrisoned in the 1650s. In 1796 Culcreuch was acquired by Alexander Speirs, who built a large and profitable cotton mill on his estate. It was sold to Sir William Menzies in 1901 and stayed with members of his family until 1970.
The building is now a hotel, and has the largest colony of bats in Britain, living in the roof area above the dining room. The Chinese Bird Room, within the old part of the building, has hand-painted Chinese wallpaper dating from 1723, believed to be the only surviving example of this period in Scotland.
The castle is reputed to have several ghosts. The Phantom Harper of Culcreuch relates to events believed to have taken place in 1582. One of the Buchanan family was mortally wounded by Robert Galbraith, son of the 16th chief. The dying man was taken to what is now the Chinese Bird Room, accompanied by his mistress. When he died, to comfort herself she began to play a wire-strung harp, known as a clarsach in Gaelic – and it is said that her soft music has often been heard since, particularly in the dead of night. The music has been reported from this and its adjoining room and also in the Laird’s Hall.