Ayrshire: About 1 mile east of Irvine, just east of A736 at junction with B769, Girdle Toll, at Stane Castle in outskirts of Irvine. 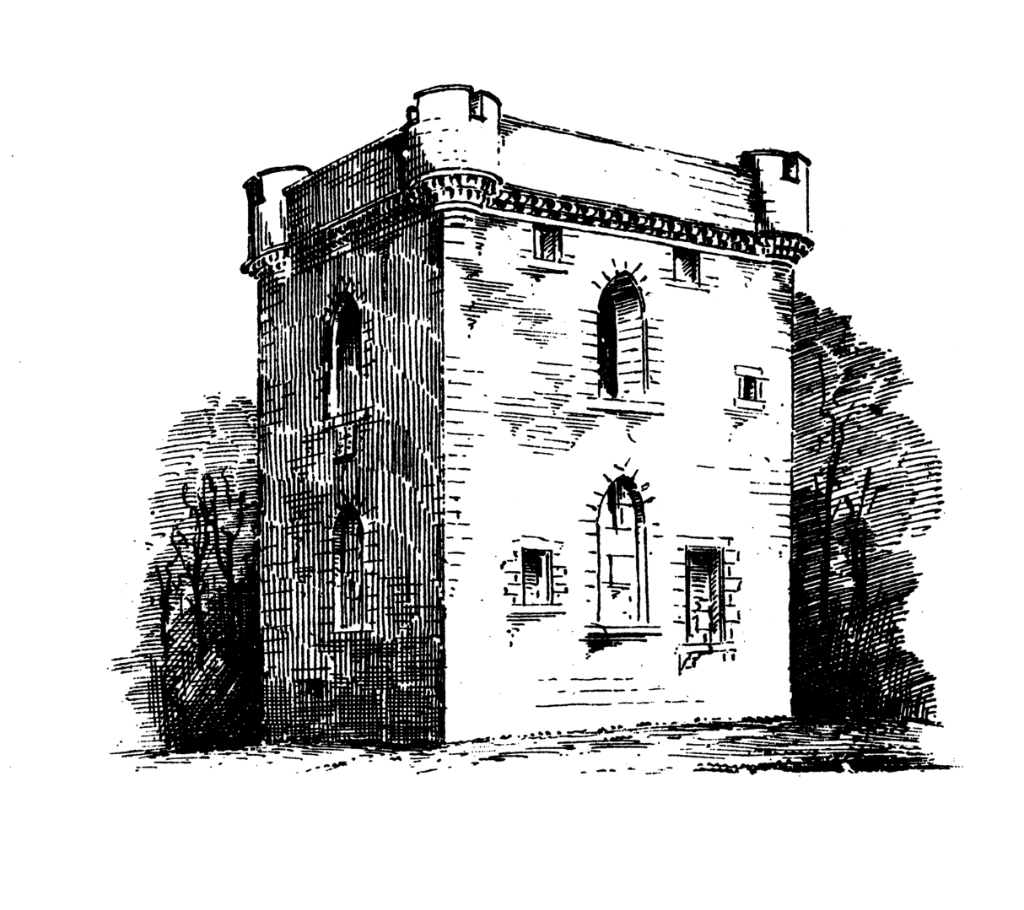 Standing among trees, Stane Castle is a small ruined 16th-century tower house, square in plan. It rises four storeys to a corbelled-out parapet, with open rounds at the corners, formerly with a garret storey above.
The basement has been vaulted, and a turnpike stair, in one corner, climbed to the upper floors.
‘M. Stain’ is marked on Blaeu’s map of Cunningham and is shown as a tower.
The lands were held by the Francis family in 1417, and Robert Francis of the Stane is mentioned in 1507 regarding a marriage settlement. Stane went by marriage to the Montgomerys of Eglinton soon afterwards, who built the tower. The castle was turned into a folly in the 1750s, when large Gothic windows were inserted. The building still belongs to the Montgomery Earls of Eglinton, but was made safe by the local council when nobody could be found to restore it.
An underground passage from here is said to run to Eglinton Castle, while another goes to Seagate Castle, and a third to Dundonald Castle.

The tunnel is reputed to have a piper, sent to explore it but who never returned, although ths pipes are still at times heard.