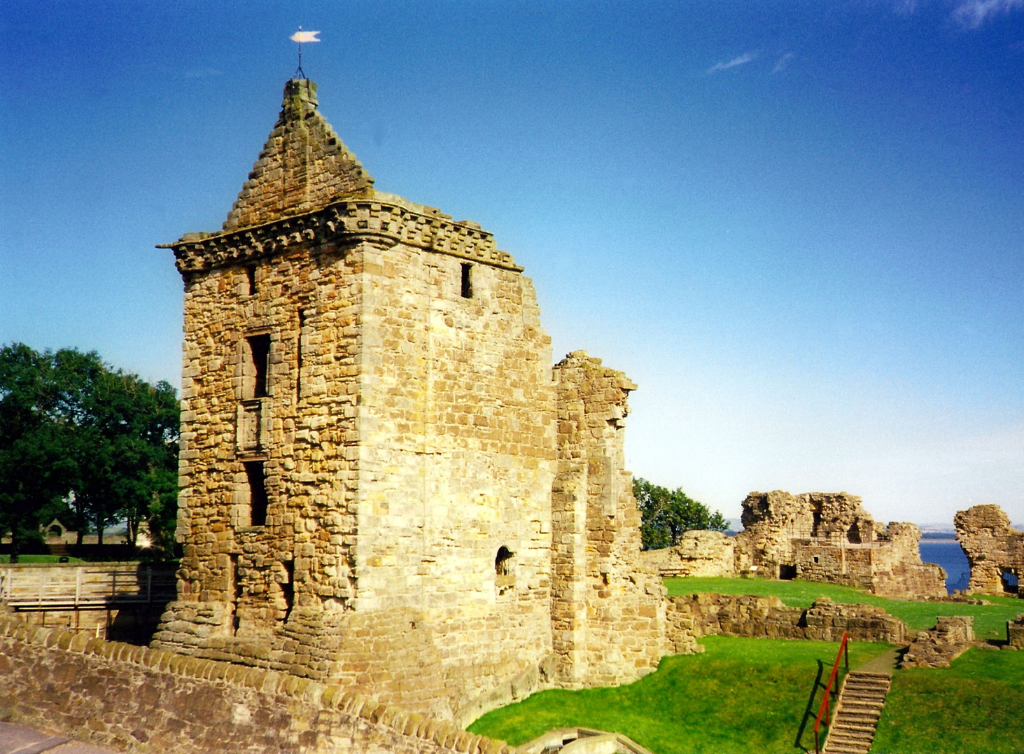 Standing close to the remains of the cathedral, St Andrews Castle is a ruined courtyard castle, enclosed by a wall. There was a gatehouse and towers at the corners, one of which contained a bottle dungeon dug out of the rock. Much of the castle is very ruined. ‘Sainct Andrews’ is marked on Blaeu’s map of Fife, then ‘St Andrews’ on Adair’s map of the east part of Fife, where the castle is depicted. 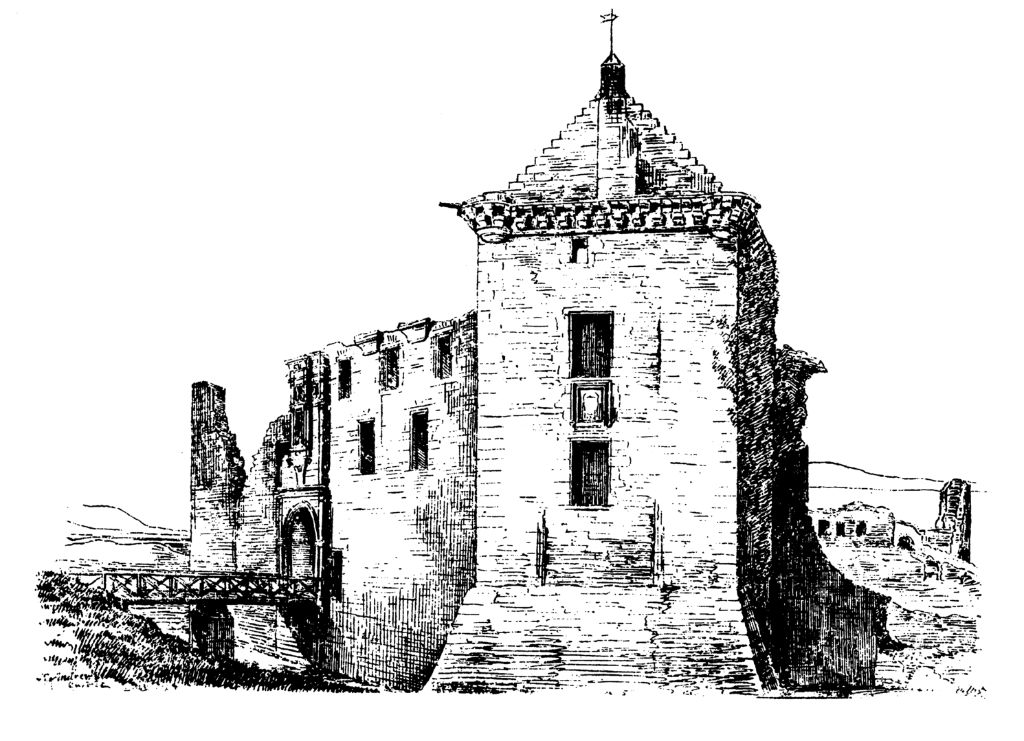 The first castle here was built by Bishop Roger, but was dismantled by Robert the Bruce around 1310. It was rebuilt in 1336 by the English in support of Edward Balliol, but was captured by Sir Andrew Moray in 1337, and slighted again. At the end of the 14th century, Bishop Walter Trail rebuilt the castle. Patrick Graham, the first Archbishop, was deposed and imprisoned here in 1478. Archbishop Alexander Stewart, natural son of James IV, was killed at the Battle of Flodden in 1513. 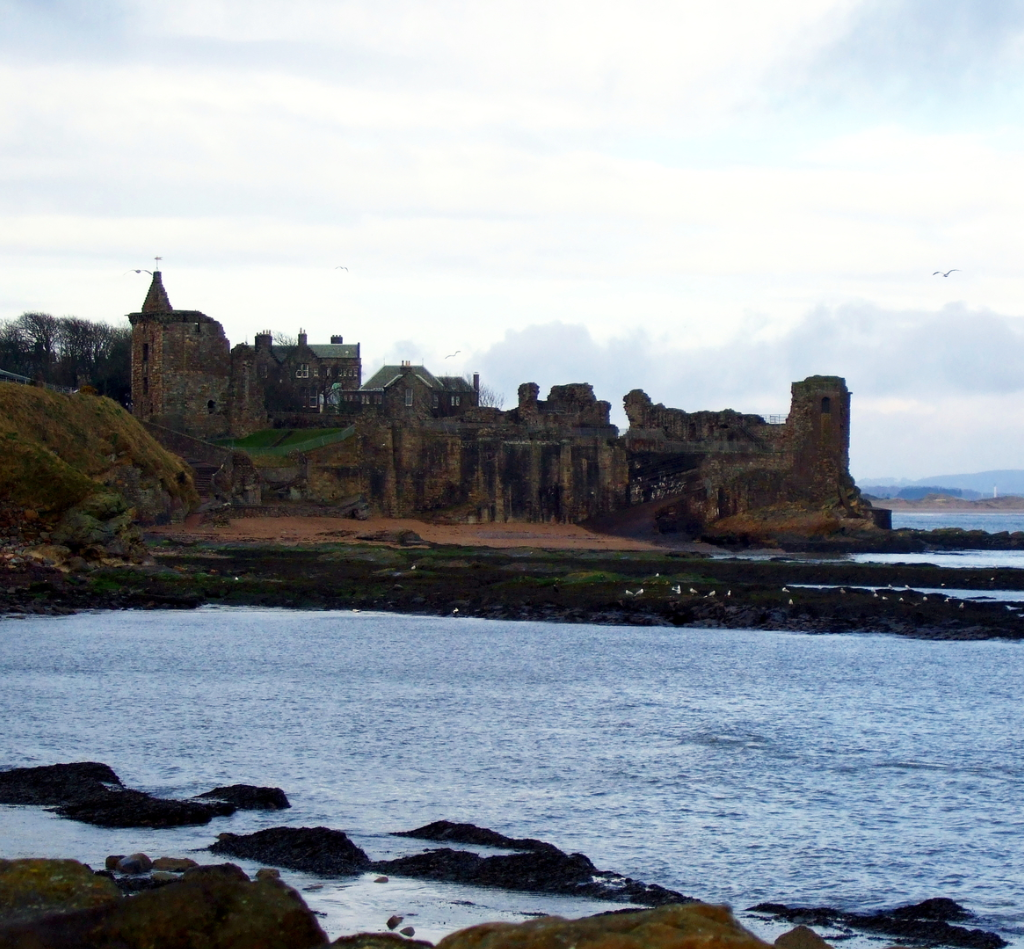 Cardinal David Beaton strengthened the castle by adding two round blockhouses, now destroyed. After George Wishart had been burned alive for heresy, a party of Protestants broke into the castle and murdered Beaton in 1546, and hung his naked body from one of the towers. His corpse went unburied for some seven months, having been left in a barrel of salt water. 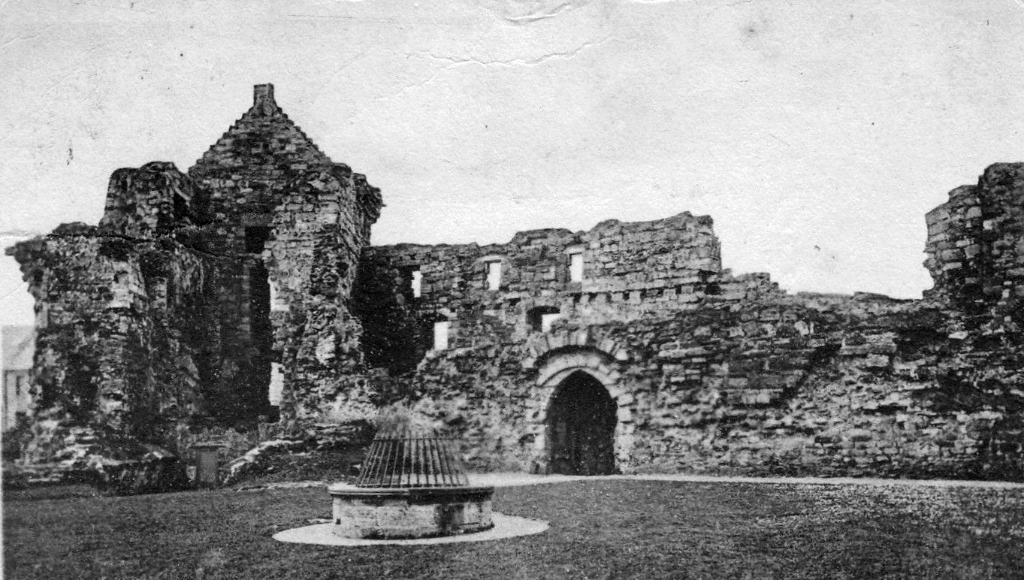 Reinforced by others, including John Knox, they held the castle for a year. The besiegers tunnelled towards the walls, and the defenders countermined and captured their tunnel. Both tunnels still survive and can be entered. It was only with the arrival of a French fleet that the garrison surrendered and became galley slaves, John Knox among them. Archbishop John Hamilton supported Mary Queen of Scots, but was hanged in 1571, having been accused of being involved in the murders of Henry Stewart, Lord Darnley, and James Stewart, Regent Moray. 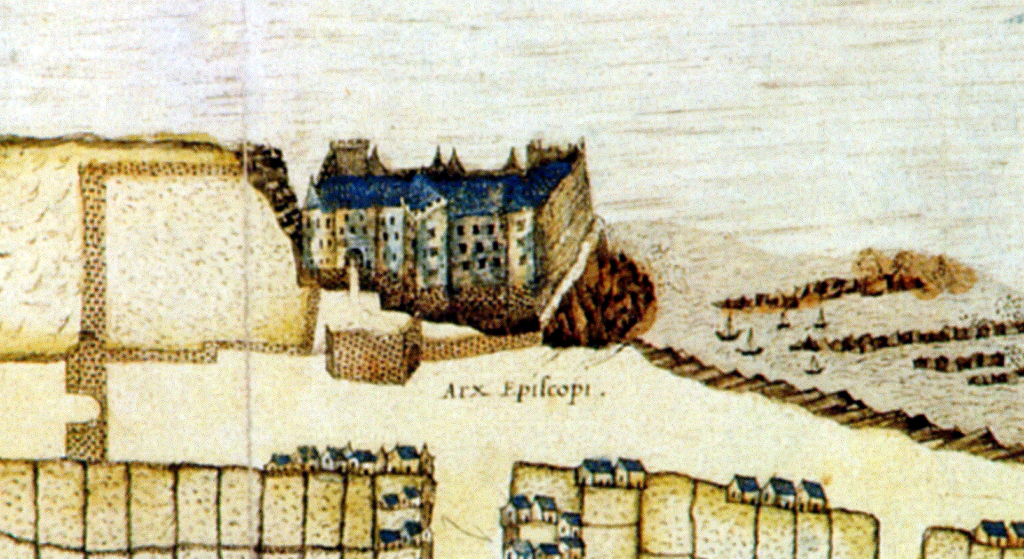 The castle was annexed to the Crown in 1587, and given to the Home Earl of Dunbar in 1606, but was restored to the new Protestant bishops in 1612. However, the castle had lost its importance, and by 1654 the town council had stone removed from the castle to repair the harbour. Archbishop James Sharp was a Protestant bishop, but unpopular with Covenanters, and he was brutally murdered in front of his daughter at Magus Moor in 1679. 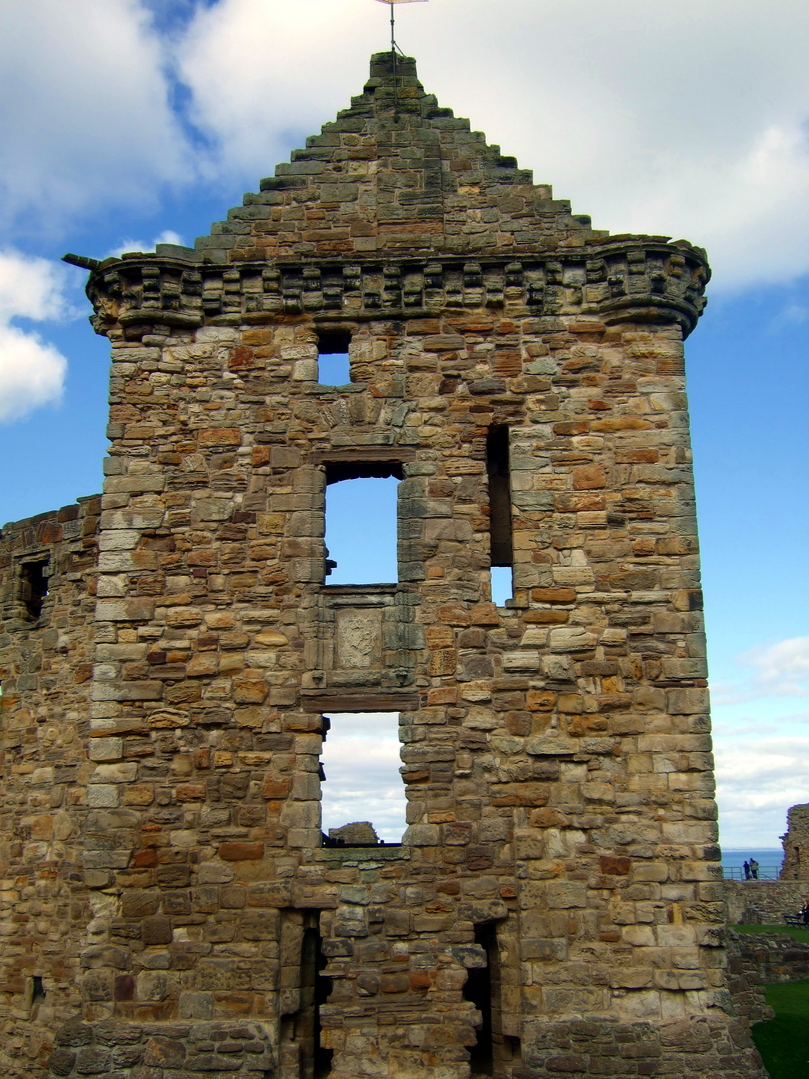 The ghost of Archbishop John Hamilton, who was hanged at Stirling, is said to haunt the castle; some reports have Archbishop David Beaton’s apparition also being seen here, and the spectre of Archbishop James Sharp being seen in a carriage. There are also tales of a ‘White Lady’, seen near the stronghold and on the nearby beach, possibly the same bogle seen more often at the cathedral. She has been described as being clad in white with a veil which obscures her face.