South Highland: About 4 miles west of Dingwall, on minor road north of A834, 1 mile north of Strathpeffer, south-west of Achterneed, at Castle Leod. 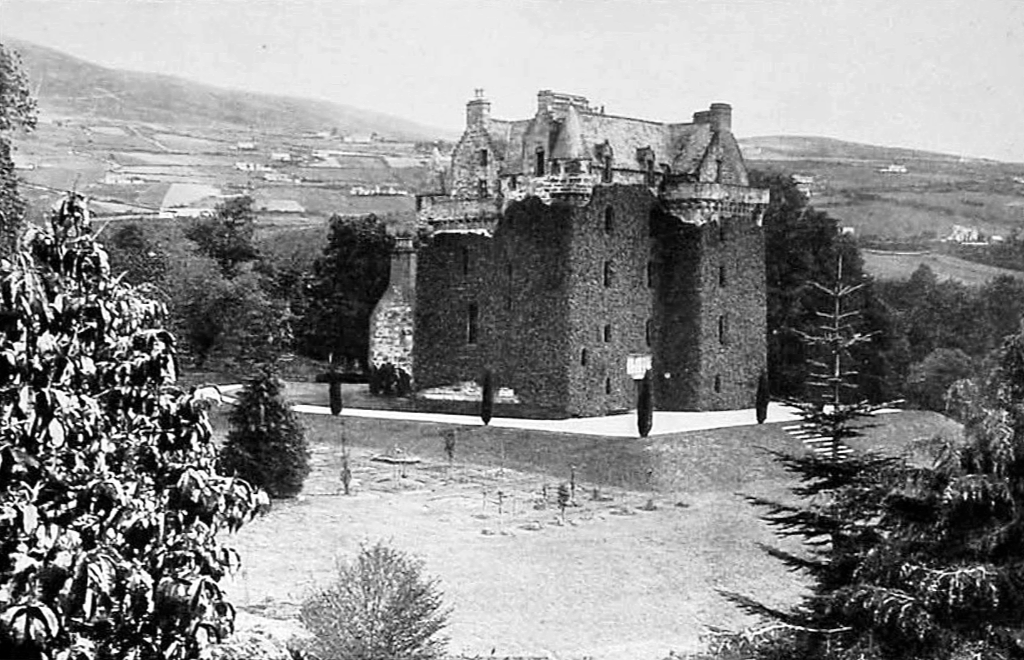 A fine, imposing and interesting building in a lovely wooded location, Castle Leod consists of an altered early 17th-century L-plan tower house of five storeys, incorporating earlier work, with a later higher block filling in the re-entrant. This block is crowned by bartizans with conical roofs, while the older part has a corbelled-out parapet. The walls as much as 8 foot thick, are pierced by many gunloops and slits, and many of the larger windows still have iron yetts. 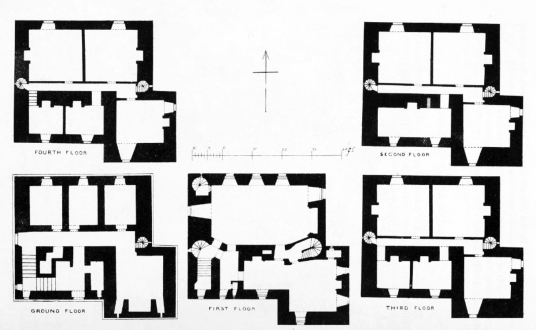 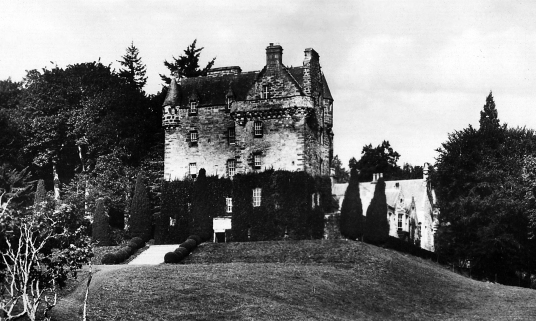 The entrance, flanked by shot-holes, is in the newer block. The basement contains the old kitchen in the wing, and vaulted cellars in the main block. The hall, on the first floor, has a large fireplace, and private chambers occupy the floors above. 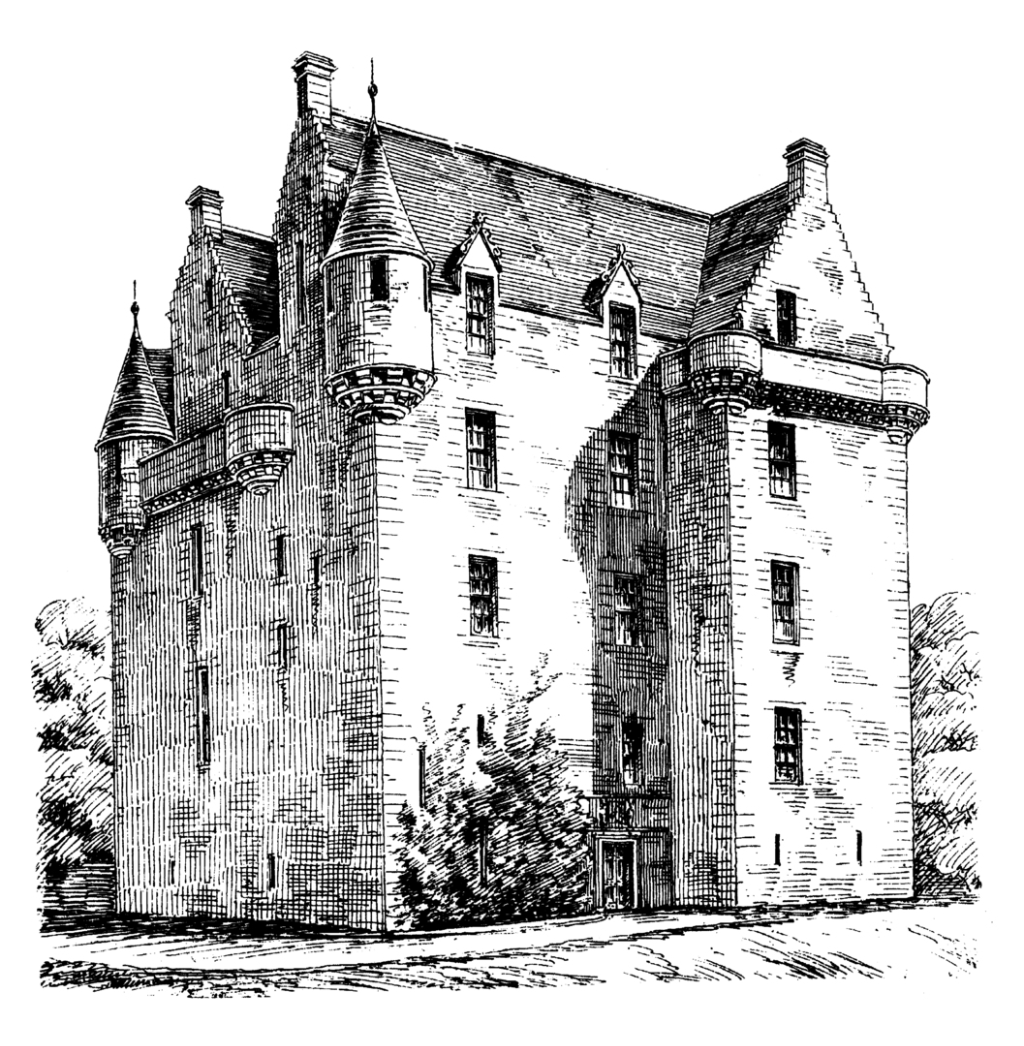 The property was held by the Mackenzies from 1500 or earlier, and Castle Leod was built (or remodelled) by Sir Roderick Mackenzie of Coigach about 1610. George, his grandson, was created Viscount Tarbat, then Earl of Cromartie in 1703, and was Lord Advocate for Scotland and then Secretary of State. 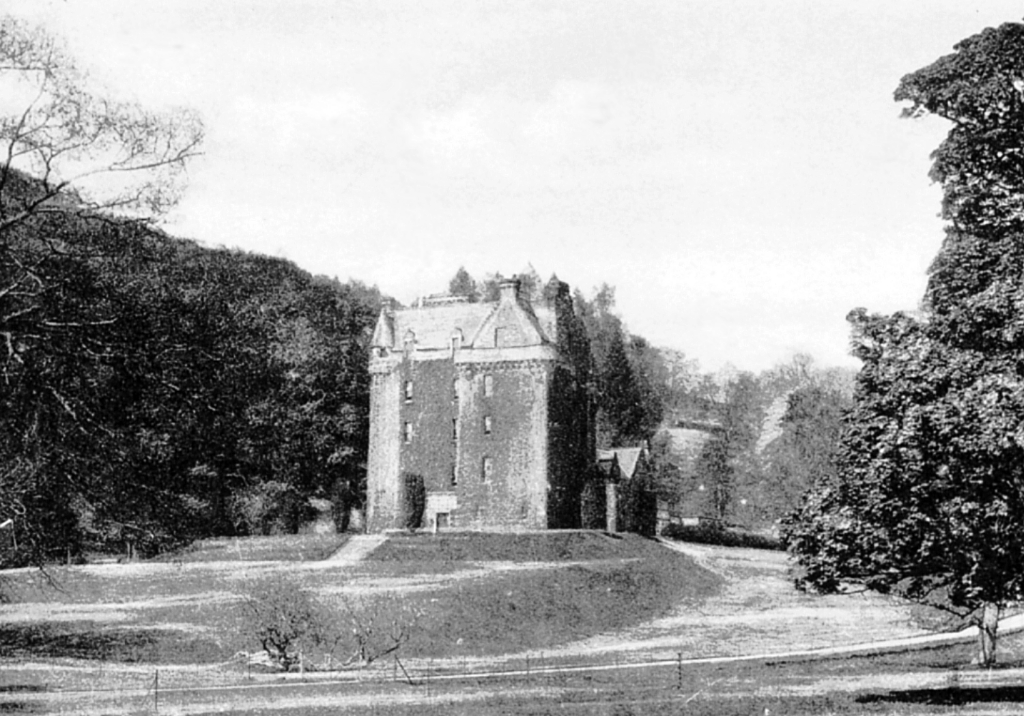 George Mackenzie, 3rd Earl, was forfeited for his part in the Jacobite Rising of 1745-46. The Mackenzies had fought at the Battle of Falkirk in 1746, but the Earl and his son were surprised and captured at Dunrobin Castle the same year. The Earl was imprisoned in the Tower of London and was sentenced to death, but he got a remission in 1749, although he died in poverty. The property was eventually recovered by his son, a wing was added in 1854, and the title was recovered in 1861 when Anne Hay Mackenzie was made Countess of Cromartie in her own right. 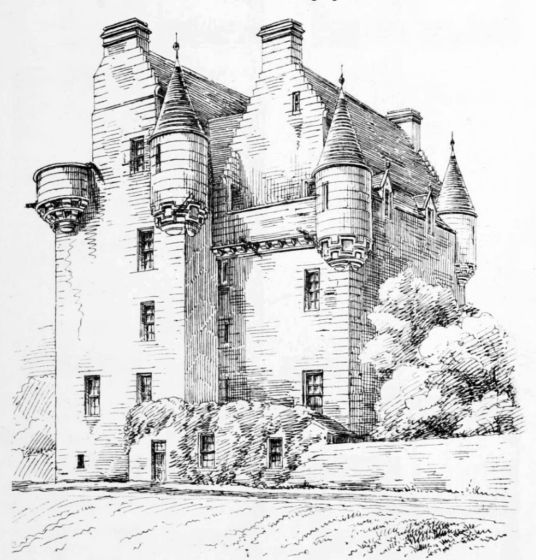 The castle is still occupied by the Mackenzie Earls of Cromartie.
There are fine grounds, including a rose garden, and many fine old trees, including a sweet chestnut planted in 1550 for Mary of Guise and a giant sequoia, which is believed to be the largest tree in Britain by bulk.