Argyll & Dunbartonshire: About 2 miles north of Benderloch, on minor road west of A828 at Ferlochan, 3.5 miles west of Barcaldine village, at Barcaldine Castle. 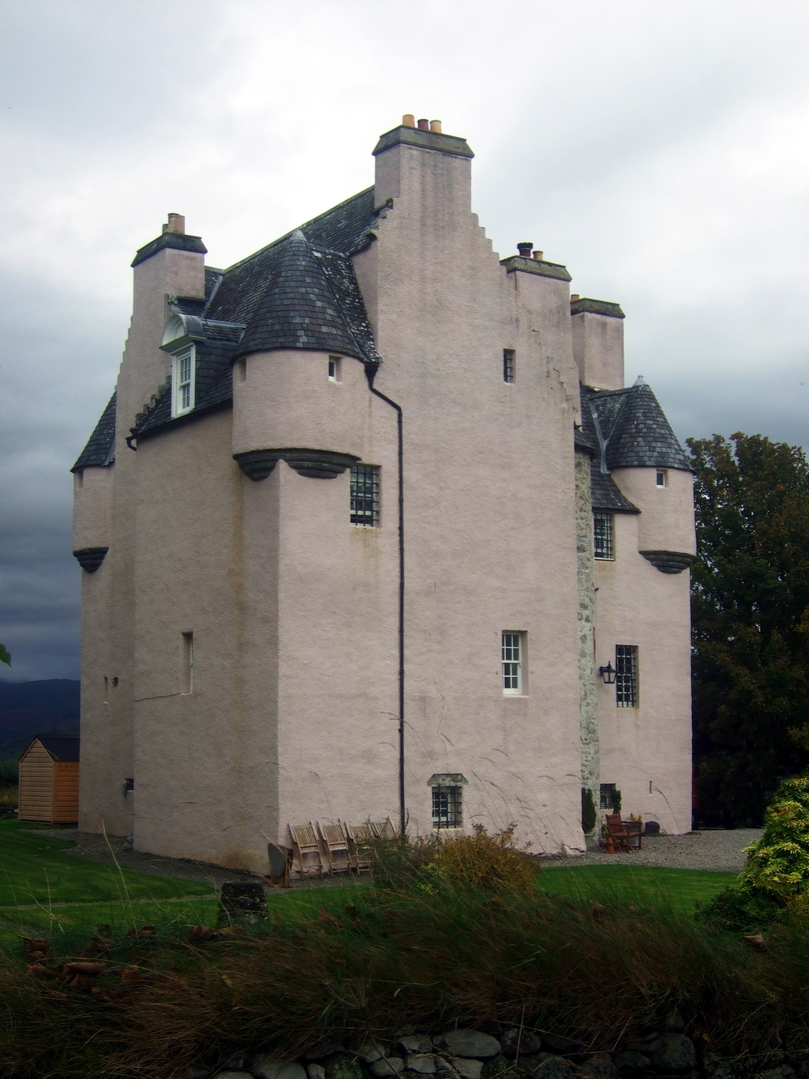 Also known as the Black Castle of Barcaldine, Barcaldine is a fine 16th-century L-plan tower house of three storeys and an attic. The two blocks of the L are slightly offset. A round stair-tower stands in the re-entrant angle and four large bartizans crown the corners of the tower. The walls are mostly harled and washed, and pierced by many gunloops and shot-holes. The walls are as much as 9 foot thick, and some of the windows have iron yetts. 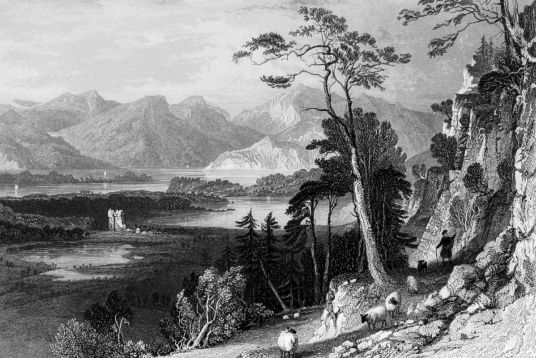 The entrance, at the foot of the stair-tower, still has a heavy iron yett behind an oak door, and houses the wide turnpike stair. The basement is vaulted, and contains a kitchen and cellars. A small straight stair climbs from the wine-cellar to the hall on the first floor. There is a pit prison, and another small stair goes to the upper floors. 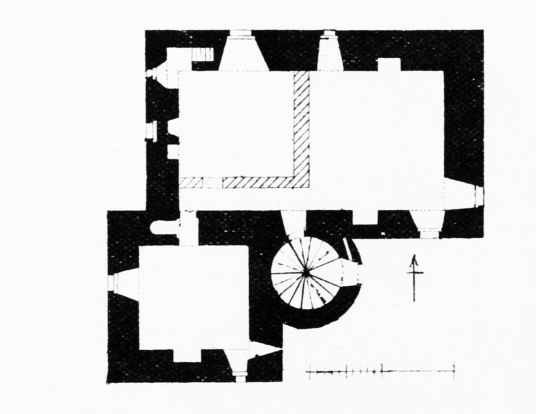 ‘Barkalden’ is marked on Blaeu’s map of Lorn.
The Campbells acquired the lands in 1597, and the castle was built soon afterwards by Sir Duncan Campbell of Glenorchy, who also had castles at Kilchurn, Achallader, Loch Dochart, Finlarig, Balloch – now called Taymouth – and Edinample. The castle was garrisoned in 1645 and in 1687. In the 1680s the Campbells of Glenorchy invaded Caithness in an attempt to seize the Sinclair Earldom (they had acquired the considerable debts of the last Earl), and although they ultimately failed, were compensated by being created Earls of Breadalbane, and knowing that the number of Sinclairs in the world had been greatly reduced. 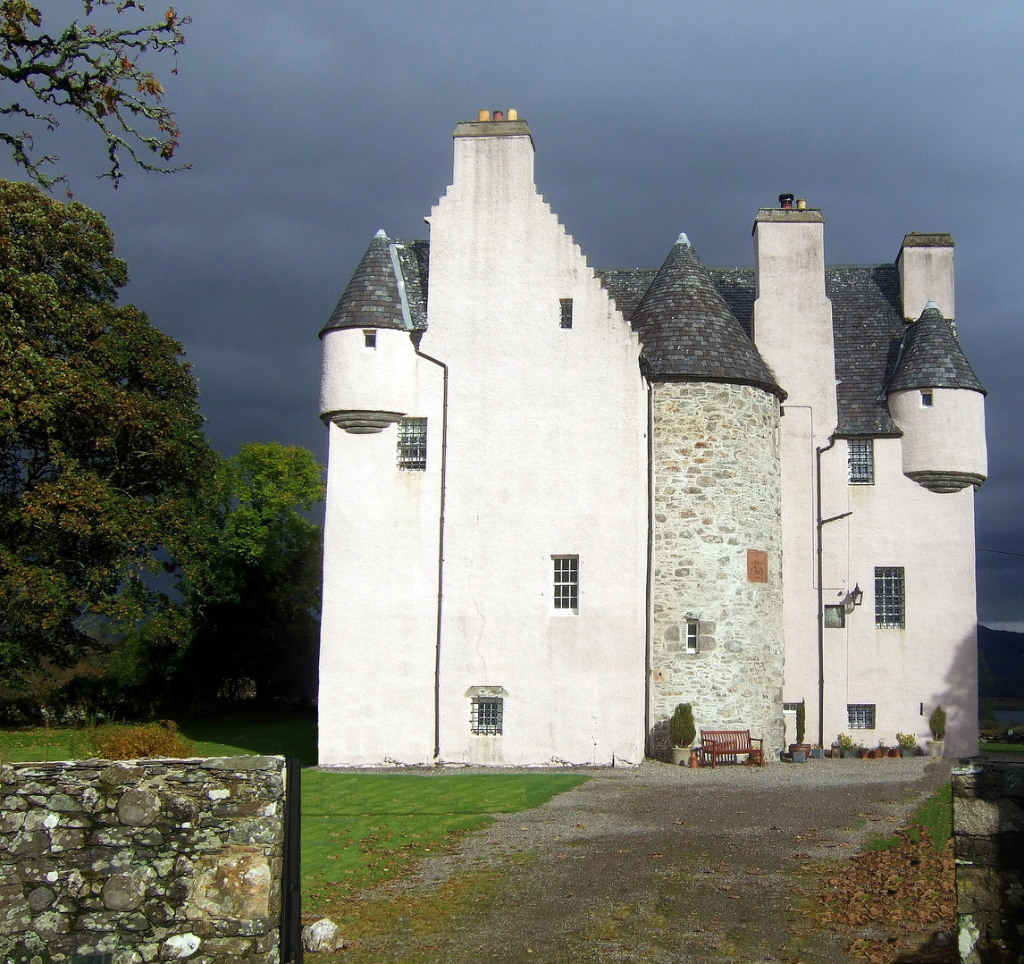 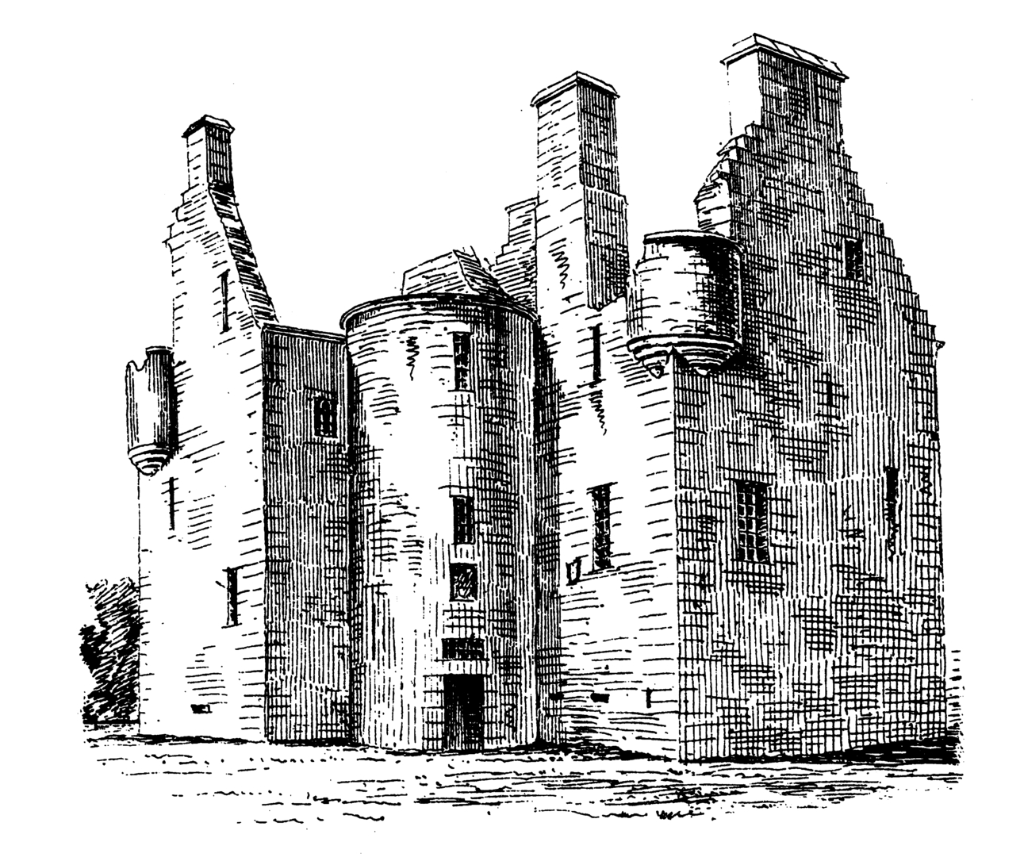 The family were made baronets in 1841, but by the following year the castle had become ruinous, and the property was sold. Barcaldine House [NM 965414] and formerly known as Dalfuir, dates from 1724, and is a large rambling and haphazard mansion of several periods and styles, extended down the years, and was built some distance away (hence the village of Barcaldine is not near the castle). Much of the estate was sold to the Forestry Commission in the 1920s, and the house was derelict in the 1950s, but was restored in the 1980s. The walled garden houses a caravan park. The house was used as a hotel, but this closed in 2012 and the building was sold from offers of more than £475,000. 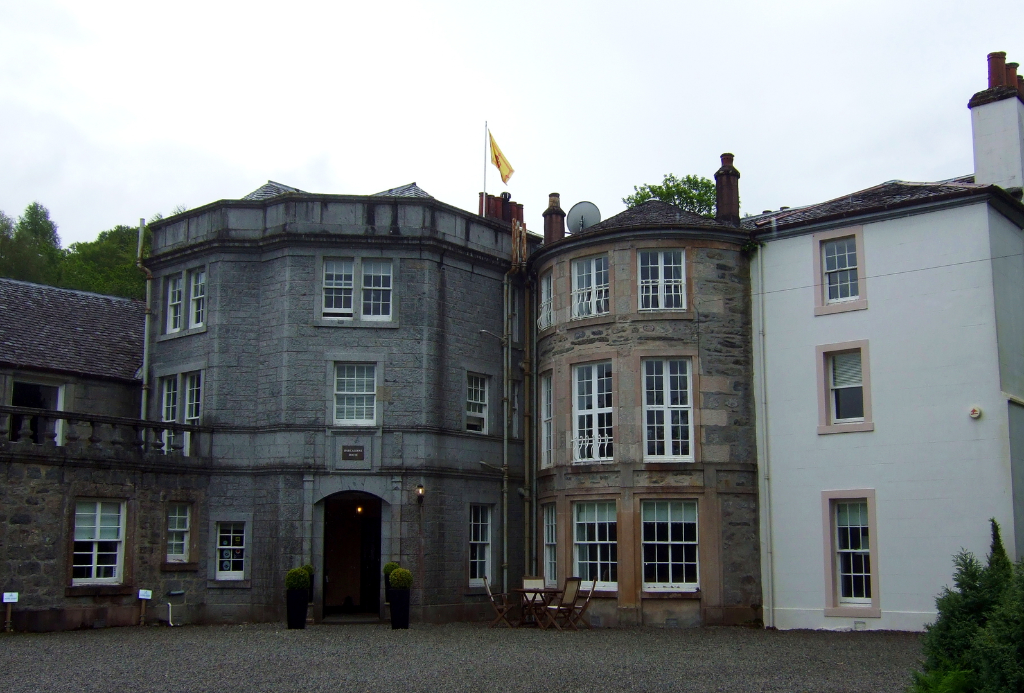 Barcaldine Castle was bought back by the Campbells in 1896, and restored. The castle, along with around 2.5 acres, was recently on the market for £1.35 million.

The sister of the then owner, Harriet, died in the castle. Her apparition a ‘Blue Lady’ has reputedly been seen, and it is said that on windy nights a piano can sometimes be heard.