Angus & Dundee: About 1 mile north of Dundee, on minor roads north or west of A90, east of Caird Park, at Mains of Fintry, at Mains Castle. 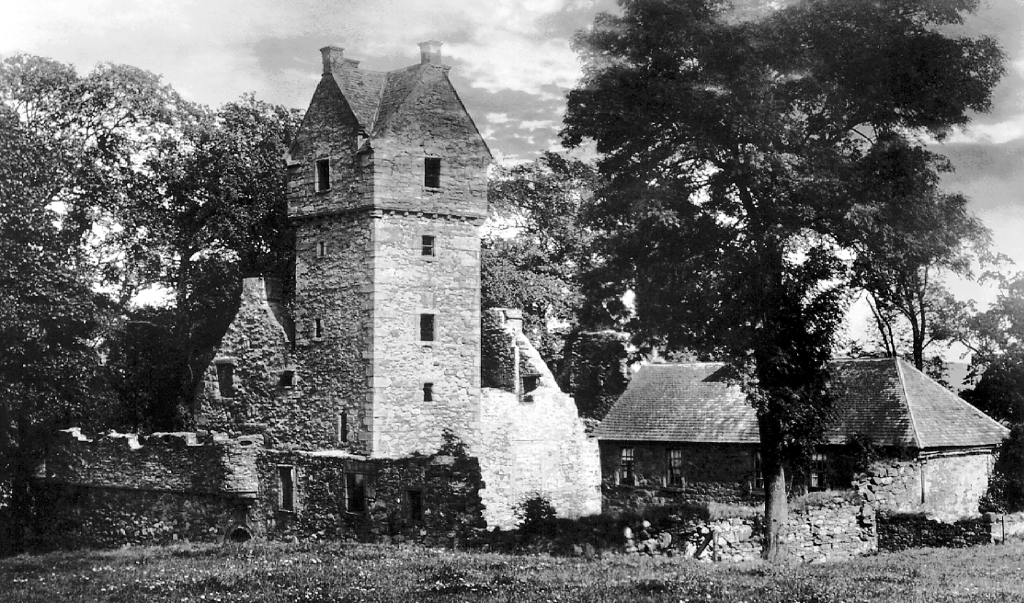 Mains Castle is a courtyard castle, mostly of the 16th century, but partly from the 15th century. Ranges of buildings form three sides of a courtyard, the last side being completed by a high wall with a parapet. The gateway is defended by a massive corbelled-out machicolation. The castle is dated 1562. 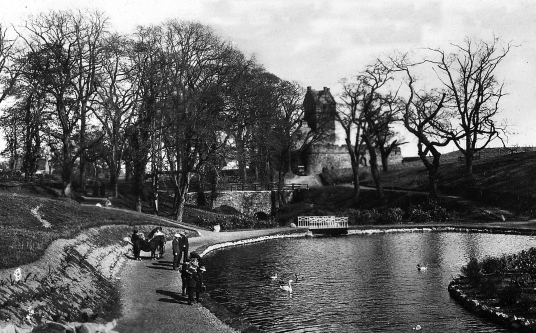 The main range, dating from the end of the 15th century, has a six-storey square stair-tower and corbiestepped gables. The entrance, at the foot of the stair-tower, led to the hall and to a private chamber on the first floor. The basement is not vaulted, and contained stables and cellars. The kitchen and bakehouse were in an adjoining range, which was rebuilt in the late 17th century. A keystone over a gateway has the initials DG and DMO for David Graham and Dame Margaret Ogilvie. 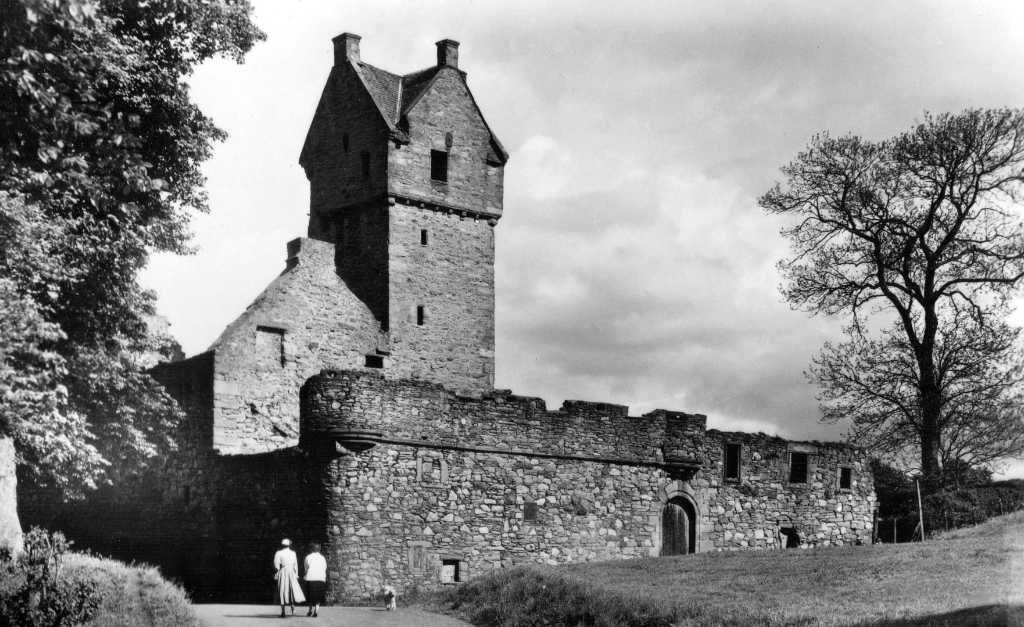 ‘Mains’ is marked on Pont’s map of Perthshire and Angus, and is shown as a large tower.
The property originally belonged to the Stewarts, then the Douglas Earls of Angus from the 14th century, but passed in 1530 to the Grahams, who built the castle. One of the family, Sir David Graham, nephew of Cardinal Beaton, was executed for plotting to restore Catholicism to Scotland in around 1592. The Grahams had a burial vault at Old Mains [NO 411331], remodelled from the transept of the old church. There are old memorials in the burial ground, dating from the 17th century and later. 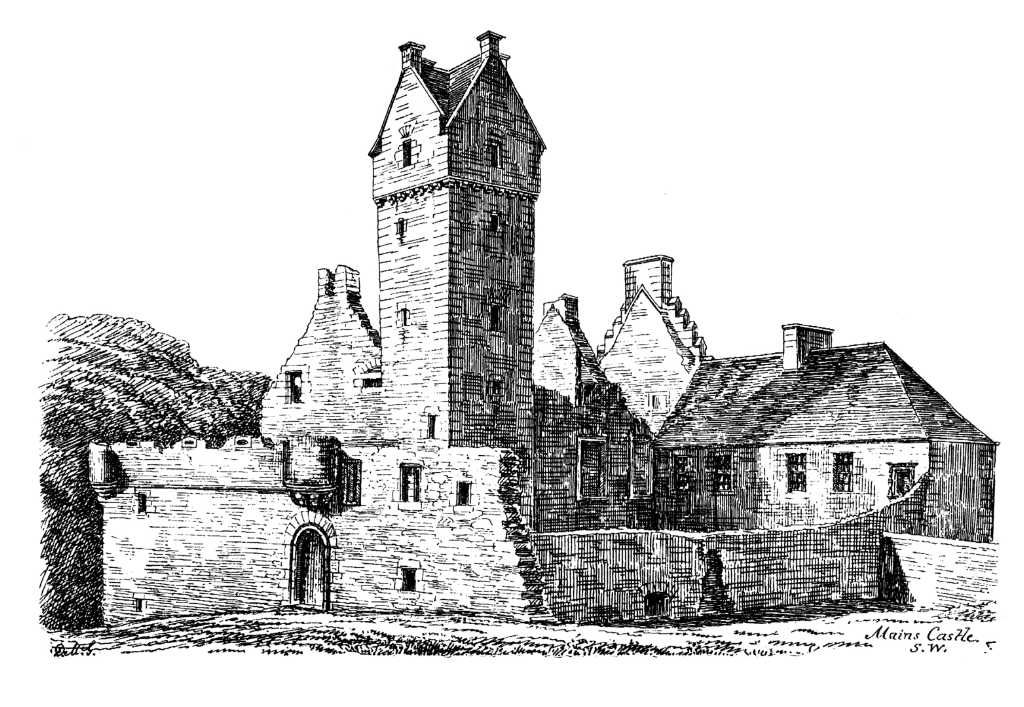 The property was sold to the Erskines in the 19th century, then to James Caird, a wealthy jute manufacturer, before being given to the City of Dundee in 1913. Although ruined and derelict for many years, it was restored in the 1980s. The grounds have been a public park (Caird Park) since 1923. 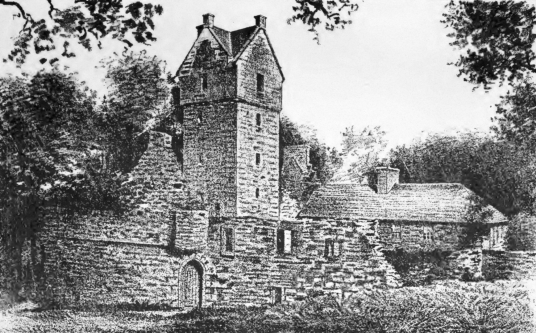 The castle is reputed to be haunted, and manifestations are said to include disembodied voices, furniture being moved by itself, as well as by ‘dark presences’. One story is that there is the ghost of a woman cruelly slain by her husband, as well as other bogles, including a young child.