Stirling & Clackmannanshire: In Alloa, on minor roads south of A907, 0.25 miles north of River Forth. at Alloa Tower. 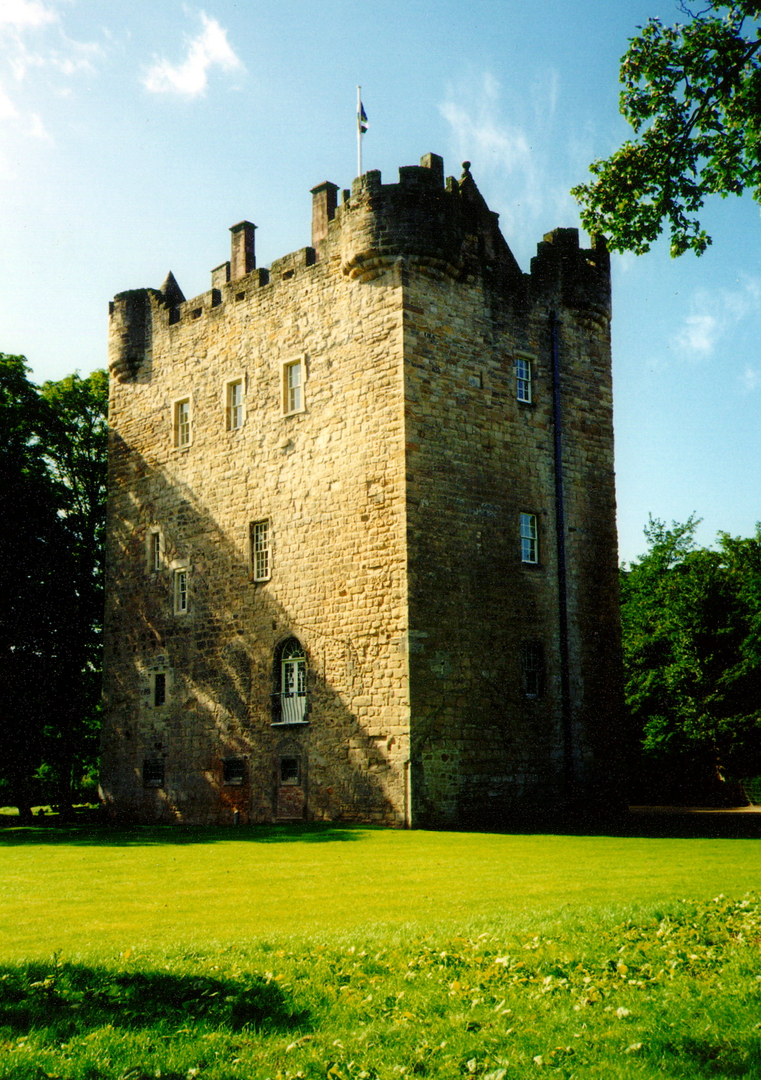 Standing in a wooded public park, Alloa Tower is an altered 14th- or 15th-century tower with very thick walls. The rectangular tower rises to four storeys and a garret within a flush parapet. The parapet has open rounds at the corners, and a machicolation over the entrance. A caphouse, with a conical roof, crowns a turnpike stair. There was a large courtyard with ranges of buildings, extensive gardens, and two later mansions, but these have all gone.
The basement of the tower is vaulted, as is the second floor, while the hall was on the first floor. The tower has been altered inside, including the insertion of a large turnpike stair in 1710. The top floor has a fine and rare medieval timber roof, while the prison also survives. 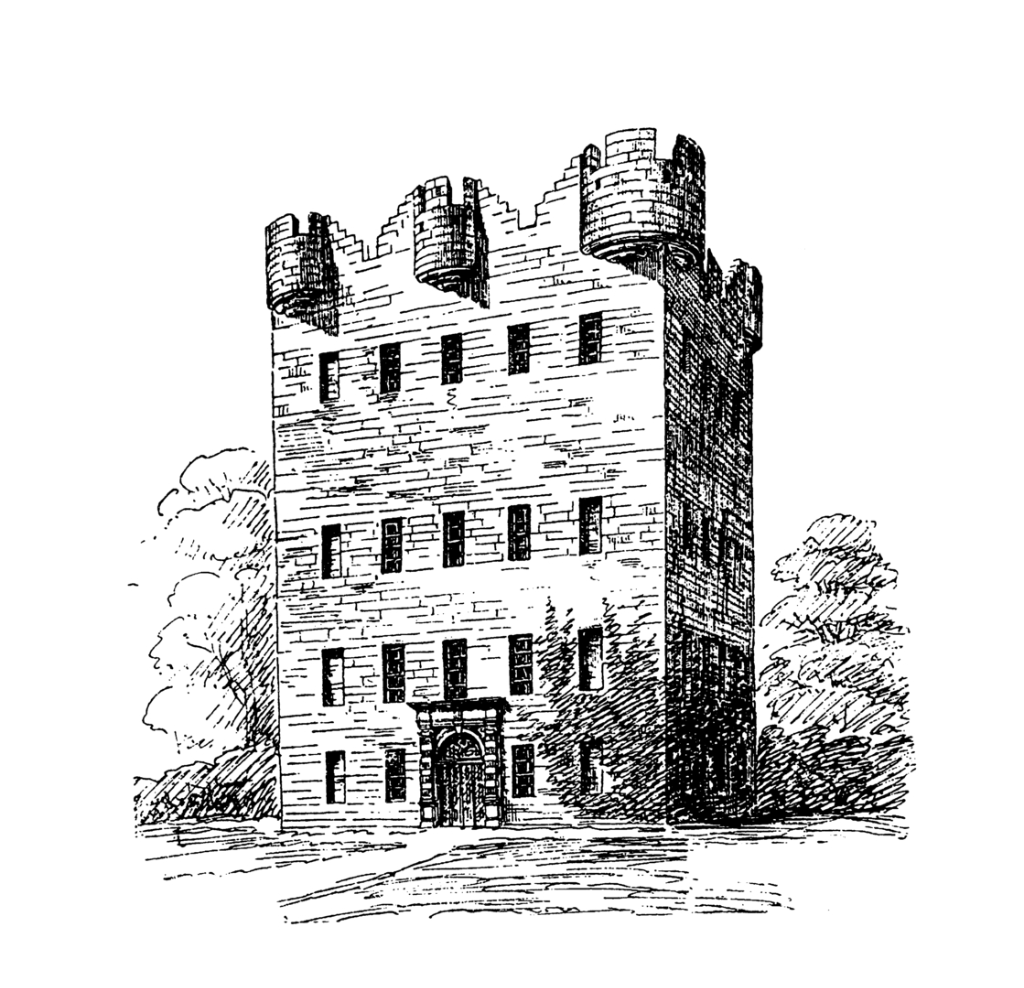 ‘Alwa Cast.’ is marked on Pont‘s map of Stirling and Falkirk and is depicted as a large castle.
The property was given to Sir Robert Erskine, Great Chamberlain of Scotland, in 1360, and remained with his descendants, the Erskine Earls of Mar. The tower may have been built soon afterwards. Mary, Queen of Scots, was reconciled with Henry Stewart, Lord Darnley, here in 1565, and she made the family Earls of Mar, a title for which they had already had claim. The first Earl, John Erskine, was made Regent for the infant James VI and died in 1570.
James VI visited the castle. Indeed, one (unlikely) story is that Mary’s young baby died at birth and was replaced by the infant son of the then Earl of Mar: this baby then went on to become James VI. Charles Erskine, Earl of Mar, had a ratification of 1685 which mentions the castle, tower, fortalice, manor place etc. 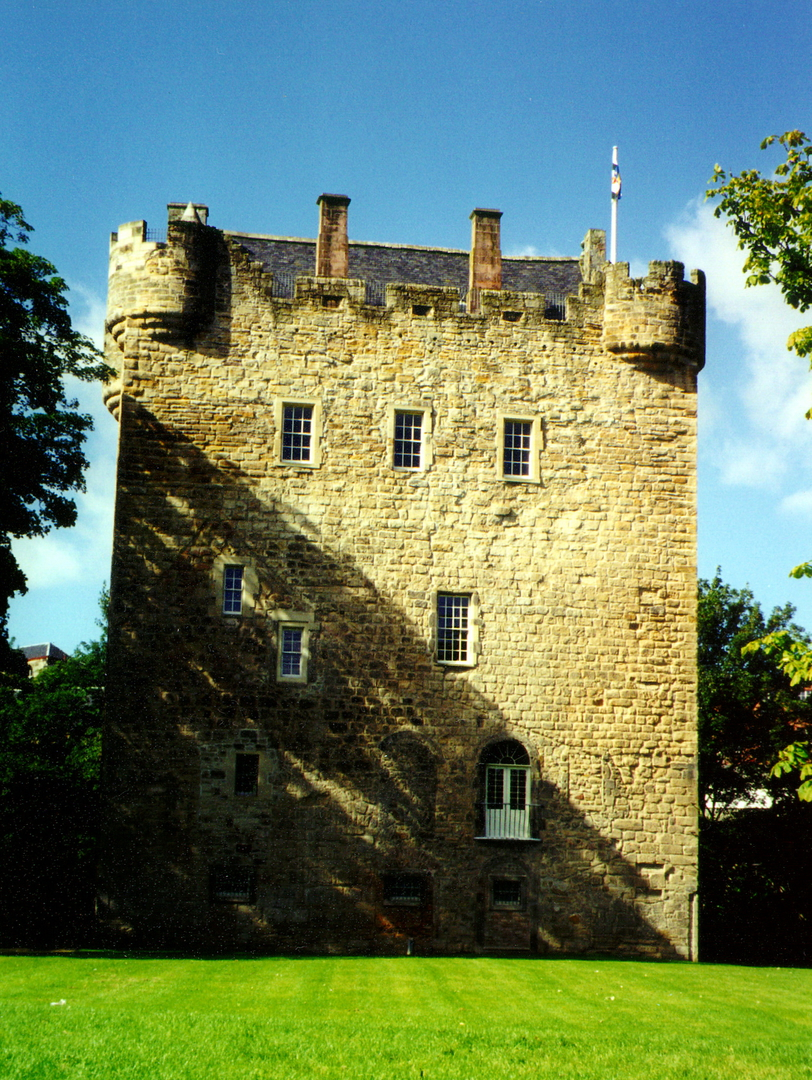 One of the Erskine family was ‘Bobbing John’, or 6th Erskine Earl of Mar, leader of the Jacobites in the 1715 Jacobite Rising. He was so-called because of his ability to change sides between the Hanoverians and Jacobites. He was more of a politician than a general, and his motivation appears to have been more to do with being deprived of office after the death of Queen Anne, and the rising failed and Mar fled abroad, 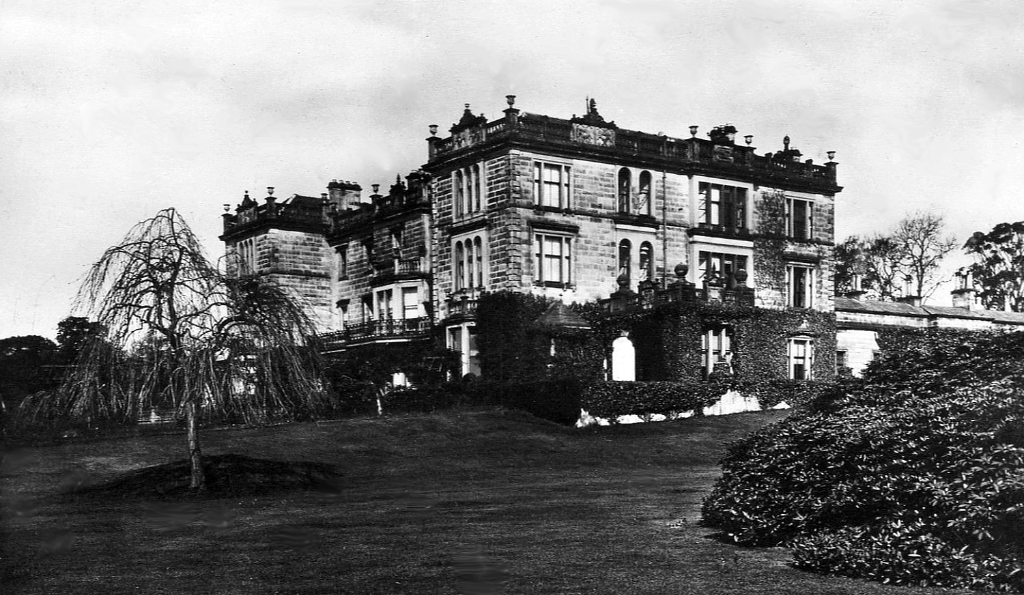 A large mansion adjoining the castle was destroyed by a fire in 1800, and a portrait of Mary, Queen of Scots, as well as many other treasures, were burned. The nearby plain classical three-storey mansion of the 1830s, a substantial edifice later remodelled and castellated, was demolished in 1959. The tower has been restored and, although long owned by the Erskines, is now in the care of The National Trust for Scotland.
The Erskine Earls of Mar and Kellie built a mausoleum at the old parish church [NS 887926].
One story is that the painting of the Lady in Black is supposed to mysteriously mist over and smoke on the anniversary of the fire.