Ayrshire: About 5 miles east and north of Girvan, on minor road and foot west of B741 just west of Dailly, on north bank of Water of Girvan, at Brunston. 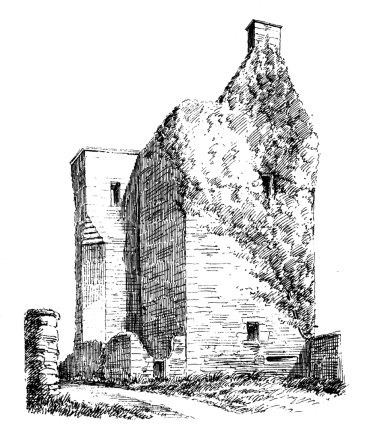 Not much remains of Brunston Castle, a 17th-century T-plan tower house of at least three storeys, except the vaulted basement and a stair-turret.
‘Brounstoun’ is marked on Blaeu’s map of Carrick.
This was built in 1620 by the Kennedys. ‘Black Bessie’ Kennedy lived here after the death of her third husband, William Baillie of Carrick. Her relatives the Kennedy Bargany and Kennedy Earl of Cassillis had a long and bitter quarrel over the possession of Bessie and her lands, which ended with the murder of Bargany and further feuding (also Auchendrane and Culzean).