Angus & Dundee: About 3 miles north-west of Montrose, on minor road north of A935 at Mains of Dun, at House of Dun. 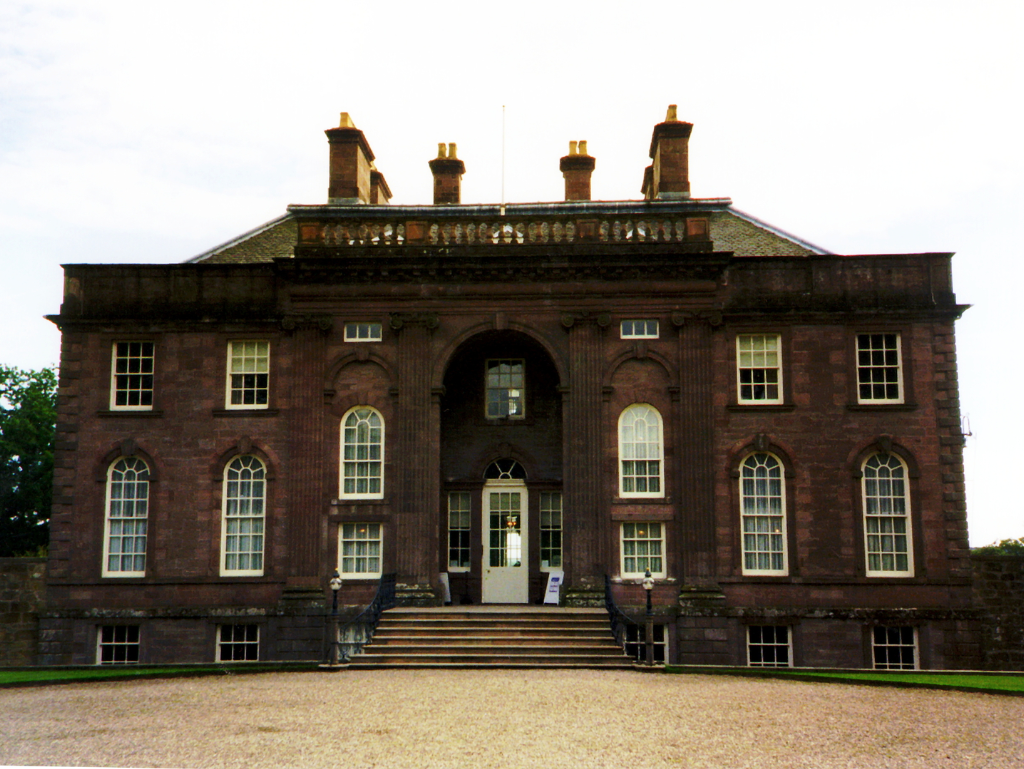 Site of castle, little of which survives except one arch about 400 yards west of the present mansion. House of Dun [NO 670599], a fine, neat classical mansion of two storeys over a basement, was built in 1730 by the architect William Adam for David Erskine, Lord Dun. The house has fine plasterwork.
There are formal gardens with woodland and parkland, as well as a 19th-century walled garden. 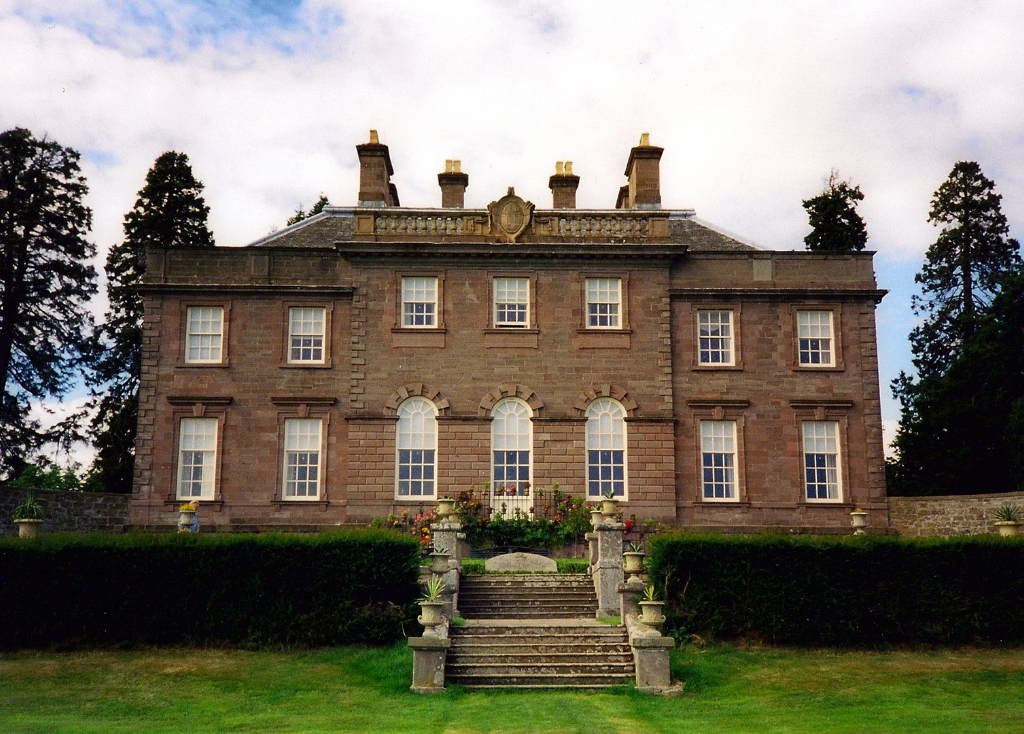 The lands were held by the Hastings family in the 12th and 13th centuries, and John Hastings was lord of Dun and sheriff and forester of the Mearns. The property had passed to the Erskines by 1375, and they had a castle here. One of the family was John Erskine, a scholar and reformer in the time of Mary, Queen of Scots.

The castle was the scene of a notorious case of poisoning, reputed witchcraft and murder in 1613, when the young John Erskine, heir to Dun, and his brother Alexander were poisoned by Robert Erskine, his uncle, and his three aunts in a dispute over property. The older boy died in agony, while Alexander survived after severe illness, and eventually succeeded to the lands. Robert Erskine and two of his sisters were executed, while the third had to go into exile. More on the case can be found from www.bogles.co.uk

The Erskines held the property until 1980, when it passed to The National Trust for Scotland. 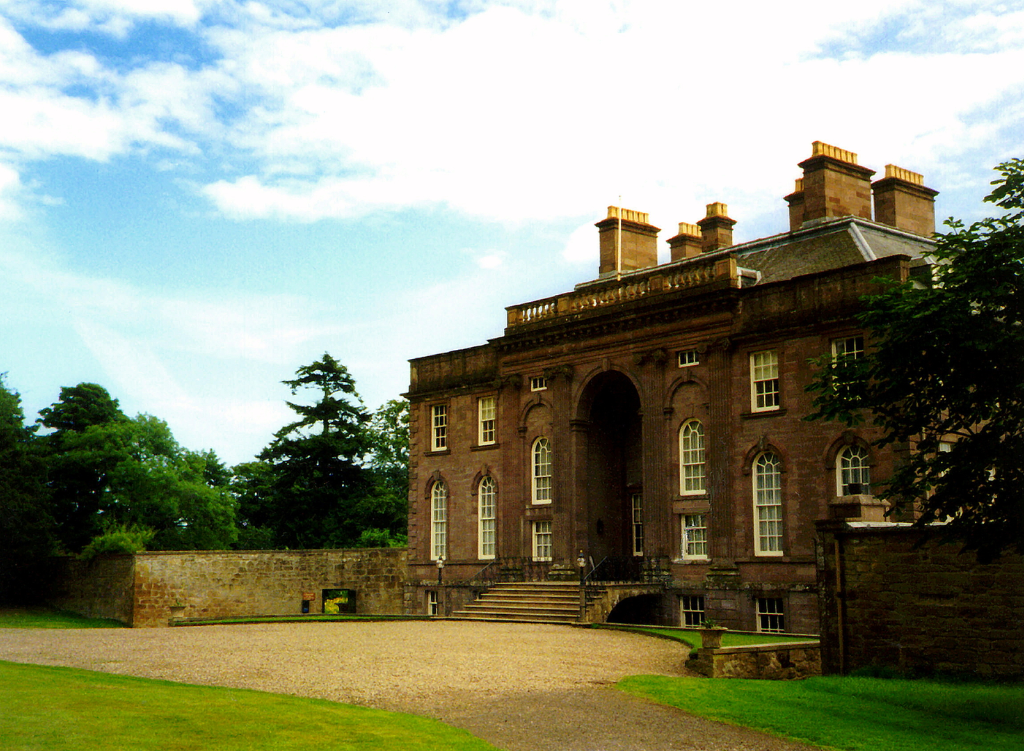 The old parish church of Dun [NO 668599] was used as a burial vault for the Erskines of Dun. The church was dedicated to the Virgin Mary. There are some old burial markers in the cemetery.
The house and estate is said to be haunted by three or more apparitions, including a harpist who plays in the Den of Dun, a headless huntsman seen in the grounds around the house, and a ‘White Lady’.