Banff & Buchan: About 2.5 miles south-east of Fraserburgh, on minor roads south of B9033, 1 mile south of sea, just east of Water of Philorth, at Cairnbulg. 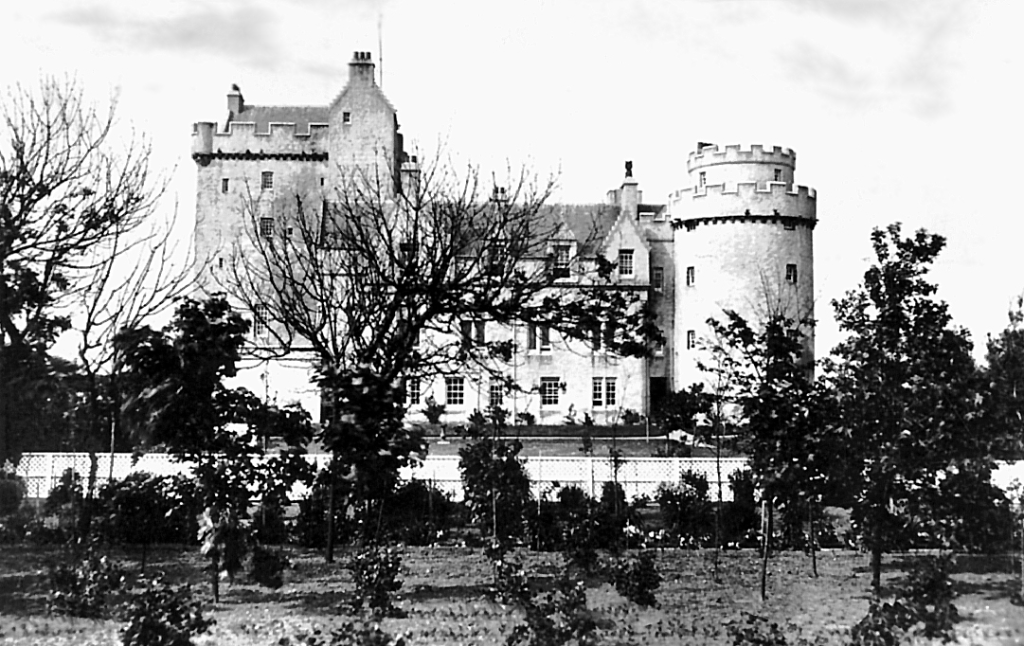 A large, handsome and impressive stronghold, Cairnbulg Castle consists of a 14th-century massive altered tower of four storeys and a garret, within a corbelled-out parapet with open rounds. It was altered in the 15th and 16th centuries, when lower ranges, and a strong round tower of three storeys were added. The walls are harled and crenellated parapets crown the main tower and round tower.
The basement is vaulted. The hall, on the first floor, has windows, with stone seats and a large fireplace. A pit-prison survives in the thickness of the walling. 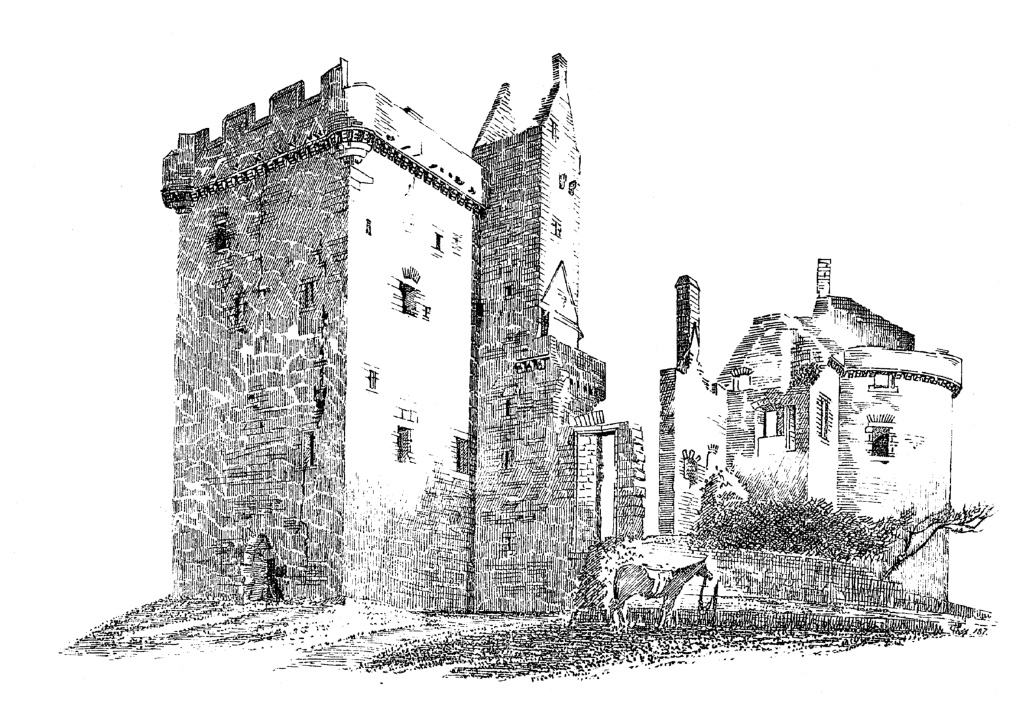 The round tower has a vaulted basement, with gunloops, and the chamber above is octagonal. The lower work linking it to the main tower is a later reconstruction of a 16th-century hall range.
The place may be marked as ‘Kinboig’ on Pont’s map of Buchan.
The property was held by the Comyns, but was given to the Earl of Ross by Robert the Bruce in 1316. It passed in 1375 to the Frasers, and remained with them until 1666 (or perhaps later), when they had to sell the castle to pay off debts. They moved to Philorth House. The property went to the Ogilvies, and Patrick Ogilvie of Cairnbulg is mentioned in 1690s and 1700s. Later it was held by the Buchan family. The castle was abandoned in 1799, and became derelict, part of it being demolished. It was rebuilt and restored in 1899 when it was held by the Gordons.
Philorth House was burnt down in 1915, and the Frasers bought back Cairnbulg in 1934, and the castle is still occupied by them.